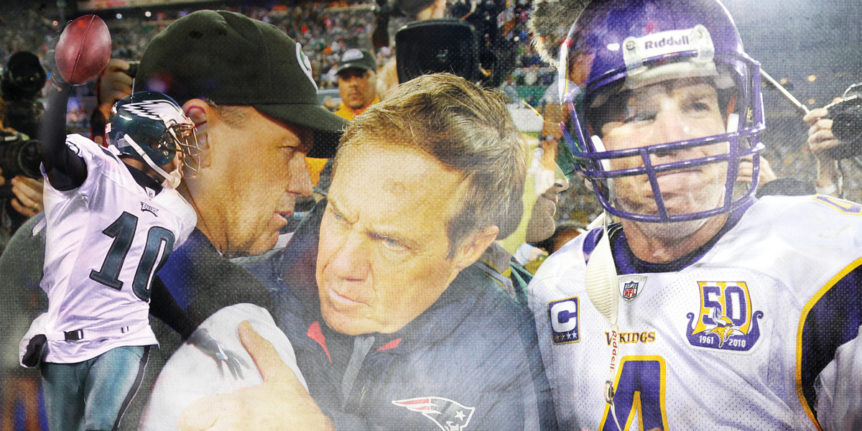 What constitutes a great sporting rivalry? I’d define it as a situation where games between the teams involved are so important that winning can mitigate against an otherwise unsuccessful season. Those kinds of rivalries are defined by tradition, competitiveness and longevity.

The NFL is full of great short-term rivalries, but many peter out when teams decline; think Raiders/Steelers in the Seventies, 49ers/Cowboys in the Eighties or Patriots/Colts in the Brady/Manning years. If you remember when the Baltimore Colts and Pats played in the same AFC division and no one in either city much cared, you’ll see why I don’t call this one of the great NFL rivalries.

Rivalries are predicated on opportunity: geographical ones are often strongest; think of British football (soccer) and local derbies. You see it more in college football: intra-state match-ups like Alabama/Auburn (The Iron Bowl), Cal/Stanford (The Big Game), Oregon/Oregon State (The Civil War), Washington/Washington State (Apple Cup) or Michigan/Michigan State (Paul Bunyan Trophy) or the untitled game between USC and UCLA. Others are bigger than in-state rivalry: Ohio State/Michigan, Ole Miss/LSU, Texas/Oklahoma. Actually, Texas used to also play Texas A&M and Arkansas in big rivalry games, before those schools changing conferences killed the traditions. Penn State/Pitt, Maryland/Virginia and Kansas/Missouri are among others destroyed by realignments. Then there are those built solely on tradition: The Game between Yale and Harvard, dating back to 1875 and more important than the Big Three or Ivy League titles; or Army/Navy, which continues to captivate the country even as the academies themselves play lightweight schedules.

Pro sports are different; rivalries are most often built on competitiveness, which doesn’t require greatness from both teams (though it helps). There are few true derbies, but the NFL’s divisions at least usually feature teams located near one another (though Atlanta once played in the NFC West) and playing home and home every season helps keep the fan fires burning. Our Great Eight list leans towards two divisions: the NFC North and East, because their teams have been around the longest, played each other the most, and done pretty well on the field. The other divisions with great rivalries are the AFC North (consider the Ohio Derby) and West, which goes back to AFL days. But the greatest rivalry of the past two decades may well be the New England Patriots against, well, everybody. It’s as if someone recycled the Raiders at Al Davis’ irritating peak, but more efficient and less vicious. Perhaps the Tuck Rule Game was a defining moment of sorts.

8 (TIE). NEW ENGLAND PATRIOTS/NEW YORK JETS
In the AFL, Pats/Titans or Jets wasn’t really that big a thing but, as with baseball’s Red Sox/Yankee matchup, it got interesting when both teams became contenders at the same time. It has been a kind of soap opera, with coaching exchanges (Bill Parcells, Bill Belichick, Eric Mangini) generating ill-will, player moves (Curtis Martin) doing the same, and the fallout from Ballghazi, which saw NFL executive Mike Kensil, an ex-Jet employee, at the sharp end of the Deflategate nozzle. It’s best years were when Rex Ryan, the polar opposite in style to Belichick, coached the Jets, with all the ring and toe kissing that entailed.

8 (TIE). GREEN BAY PACKERS/MINNESOTA VIKINGS
It doesn’t go back as far as Packers/Lions (which when I was a kid was on Thanksgiving) or Packers/Bears, but it’s a more college-style rivalry, echoing the traditions of Wisconsin and Minnesota in many sports, including ice hockey. The Packers won the first six games after the Vikes entered the league in 1961, but Minnesota dominated in the Purple People Eater era under coach Bud Grant, nowadays remembered for not letting his players wear gloves when they played in freezing conditions in both cities. What keeps this from being greater is simple: people in the Twin Cities are ‘Minnesota Nice’ and those in Green Bay want to be nicer. It takes the edge off.

DEFINING MOMENT: Brett Favre’s first game against his old Packer teammates, on Monday Night, was the highest-rated programme ever on cable TV. Favre won, although Adrian Peterson was the star. It didn’t seem to bother Packer fans or send Viking fans into crazy triumphalism. They’re too nice.
SERIES: Packers 60-54-3 (playoffs 1-1)

7. DALLAS COWBOYS/WASHINGTON REDSKINS
These teams have been bound together from the start. Washington owner George Preston Marshall, as was his wont, offended the writer of the team’s fight song – who then sold its rights to oilman Clint Murchison, prospective owner of the new NFL team in Dallas. Murchison offered Marshall the rights back if he voted for the Dallas expansion, and enmity was born. There’s been a slight falling off of results lately, but the game remains huge in both football-mad cities.

DEFINING MOMENT: With apologies to Clint Longley’s Thanksgiving touchdown, and Roger Staubach’s amazing comeback in the 1979 season finale, it has to be the 1987 Scab Game, where Washington’s unheralded replacements beat Dallas strike-breakers including Randy White, Danny White and Ed Too Tall Jones 13-7. See it fictionalised in the movie The Replacements.
SERIES: Dallas 71-45-2 (playoffs: Washington 2-0)

6. ATLANTA FALCONS/NEW ORLEANS SAINTS
This Dixie Derby doesn’t get much attention, partly because both teams were so bad for so long, but they entered the NFL in consecutive years (Atlanta 1966 and New Orleans ‘67) and many players and coaches have toiled for both, notably QB Bobby Hebert, coach Wade Phillips and PK Morten Andersen. Falcon fans particularly enjoy traveling to New Orleans (duh!). Saints fans complaining about last year’s non-call against the Rams were often recalling another non-call, by referee Bill Carollo in 2005, which allowed the Falcons to win a Saints’ home’ game in San Antonio.

DEFINING MOMENT: The Saints winning their first game back in the Super Dome after Hurricane Katrina, sparked by Steve Gleason’s blocked punt, which Curtis Deloatch returned for a touchdown.
SERIES: Falcons 52-48 (playoffs 1-0)

5. KANSAS CITY CHIEFS/OAKLAND (FOR NOW) RAIDERS
This Original 8 AFL rivalry began with the Chiefs in Dallas, while Oakland have been to LA and back and are soon off to Vegas. Their duel is the pick of a highly competitive division (though Charger fans seem to lack the fire of the other three), matching the usually well-organised Chiefs, taking after Lamar Hunt, against the evil brainchild of Al Davis, committed to playing the game like they were auditioning for a remake of The Longest Yard. The degree of difficulty winning on the road makes it even juicier.

DEFINING MOMENT: The Super Bowl champion Chiefs are on their way to running out the clock for a 17-14 win over the team they upset in the 1969 AFC Championship Game when Len Dawson got speared by Ben Davidson after running for a first down. Otis Taylor attacked Davidson, which prompted a bench-clearing brawl. Because of the penalties, the play was nullified and the down was lost. The Chiefs punted, and Oakland set up George Blanda -yard field goal at the whistle. The rules were later changed to eliminate ‘dead ball’ fouls affecting downs, but the tie let the Raiders clinch the division when they later beat the Chiefs in Oakland.
SERIES: Chiefs 65-53-2 (playoffs: 2-1)

4. PHILADELPHIA EAGLES/DALLAS COWBOYS
Eagle fans carry a huge chip on their collective shoulders; they consider themselves a rough bunch as hard as their city, which outsiders don’t appreciate, despite all the Rocky movies. Imagine how they felt when the Cowboys arrived in town, anointed ‘America’s Team’, with stars on their helmets and hot pants on their cheerleaders? If ever a clash of cultural styles defined a rivalry, this one would be it.

3. BALTIMORE RAVENS/PITTSBURGH STEELERS
Hard to rank because it dates back to the Browns/Steelers days, dominated by Cleveland when they entered the NFL from the AAFC until the Seventies swung it to the Steelers. Then Art Modell abandoned Cleveland and, even after the new-model Browns appeared, the rivalry’s impetus remained with the Ravens (though by rights they should feud with the Colts, the team stolen from Baltimore by the Irsays). It helps that the Ravens continued to play the kind of football that makes the Black and Blue Division what it is, and that both teams have been consistently good (four Super Bowls this century). Close your eyes and tell me the score of a typical Ravens/Steelers game. If your answer had a margin less than four points, you’re close.

DEFINING MOMENT: On Thanksgiving 2013, Mike Tomlin steps nonchalantly onto the field just as Jacoby Jones runs past on his way to what should have been a kickoff-return TD, but gets stopped by Tomlin’s tap-dance. The Ravens won 22-20, only by stopping a two-point conversion, and Tomlin was fined only $100,000.
SERIES: Steelers 28-22 (playoffs 3-1)

DEFINING MOMENTS: In 1978, the Giants’ Joe Pisarcik fumbles a handoff, and Herm Edwards returns it for a game-winning TD coined the Miracle In The Meadowlands. Thirty-two years after that, we see Miracle Part II when the Eagles rally from 31-10 down with eight minutes to play to tie the game, and the Giants punt with 14 seconds left. Matt Dodge ignored Tom Coughlin’s orders to kick out of bounds, instead going direct to DeSean Jackson who returned it 65 yards for the winning TD.
SERIES: 85-85-2 (playoffs 2-2)

1. CHICAGO BEARS/GREEN BAY PACKERS
Was there ever any question? They’ve played the most games against each other; the first saw Chicago Staleys beat the Packers 20-0 at Cubs Park (now Wrigley Field) in 1921. George Halas had that year’s team play every game at home, and won their first title. Halas and Green Bay’s Curly Lambeau dominated the league for two decades but, after the Bears’ first iteration of the Monsters of Midway following their fourth title in seven years in 1946, both declined until the Sixties, when Chicago managed one NFL championship in the midst of Vince Lombardi’s great run. They’ve both had their moments since, though neither has been dominant, but the rivalry remains fierce. Legend says after the Packers won the NFC Championship Game 21-14 in January 2011, a Chicago car dealer reported to work Monday wearing a Packers tie and was immediately sacked. 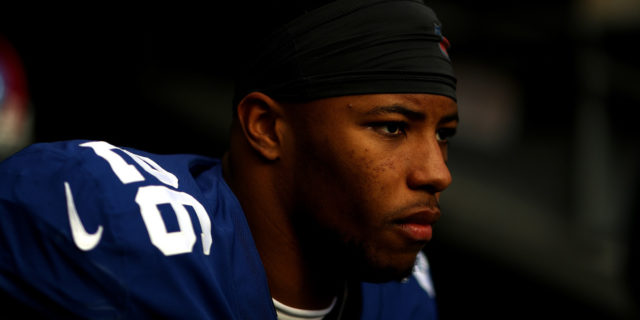 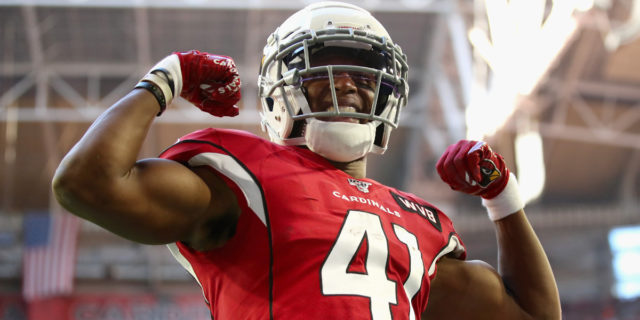 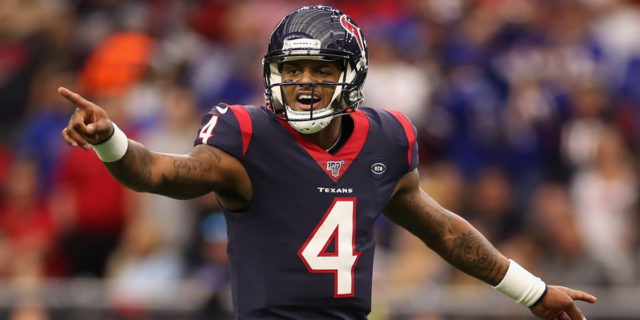 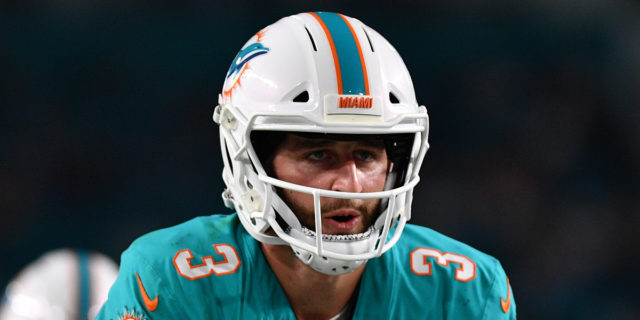 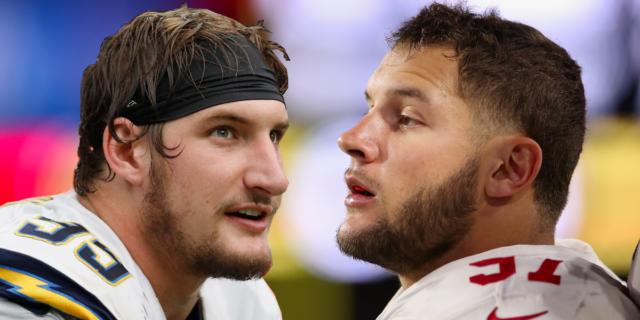