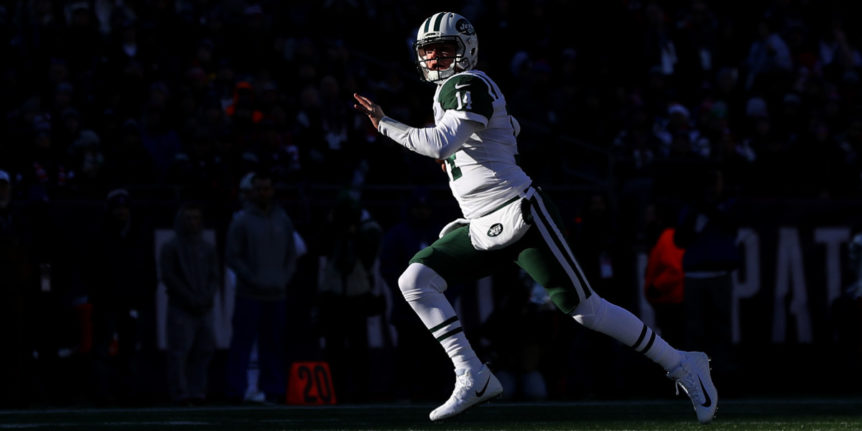 The 2017 NFL Draft took place amid uncertainty. Perhaps like no year in recent history, the class was lacking a quarterback consensus; the only thing scouts could agree on was there was no agreement. Each of the top three passers – Mitchell Trubisky, Deshaun Watson and Pat Mahomes – had flaws decision-makers could point to, so much so that top selections almost became a poisoned chalice for quarterback-needy teams.

Muddying the waters further was the spectre of 2018, for scouts and general managers had already begun longingly looking ahead. While the ‘17 class lacked the surety decision-makers crave at a position that will determine their whole career, the next one would be amazing. Josh Rosen, Josh Allen, Luke Falk and others were being mentioned as franchise signal-callers in the making.

And then there was the tantalising jewel in the crown; the ‘best QB prospect since Andrew Luck’ as many in league circles were dubbing him. Understandable, too, for the memories of a 19-year-old Sam Darnold torching Penn State for 453 yards and five touchdowns in perhaps the greatest Rose Bowl in the game’s illustrious history had left an indelible mark. “Quarterbacks are in such demand, teams always want to understand the available market at the position in the future. Darnold’s 2016 tape put him squarely in the mix despite his young age,” former Eagles, Jets and Giants scout Daniel Hatman tells Gridiron.

There was little doubt; Darnold would be a No. 1 overall pick. It was just a question of which year he decided to declare.

A year later, Darnold has declared. And yet, his narrative has changed. No longer a consensus top selection, he now finds himself wedged in an intense quarterback derby. One that evokes memories of last season to the undoubted surprise of decision-makers who, with a view to reaping the riches of ’18, opted for safe selections at other positions in 2017.

Key to the confusion is Darnold, the blonde-haired, blue-eyed California boy who looked every bit the Next Big Thing when becoming the first freshman to win the Archie Griffin Award since its inception in 1999. In his first season as starting quarterback at USC, Darnold racked up 3,086 yards, 31 touchdowns, with a completion percentage of 67%. He also shined in the statistical category that will come to define his draft stock, throwing just nine picks.

So where did it all go wrong? A quick look to his 2017 numbers begins to tell the story: 4,143 yards, 26 touchdowns, 63% completion percentage, 13 interceptions, 12 fumbles. Dreadful? Not at all. Hurtful? Absolutely. Suddenly, scouts are left to ponder the unanswerable question: which Darnold will NFL teams see? The star-in-the-making of 2016; or, as former scout Dan Shonka described him to Gridiron, the “turnover machine”. “Each year is a unique piece of the puzzle,” adds Hatman. “Clearly you would like strong consistent development, but you have to contextualise production and work in order to fully understand how personnel changes impact a player like Sam.”

Contextualising is easy, and you can guarantee teams who fall in love with Darnold’s early tape will make the obvious arguments: last year, USC lost wide receiver JuJu Smith-Schuster (a second-round pick by the Pittsburgh Steelers) and guard Zach Banner (a fourth-round pick by the Indianapolis Colts). While they have enjoyed differing degrees of success in the NFL, the aforementioned individuals played a pivotal role in the Trojans’ high-octane offense. All of a sudden, in the face of incomprehensible expectations, Darnold had lost his go-to receiver and a key lineman who was entrusted with protecting him up the middle.

But is that the whole story? Shonka doesn’t think so: “His mechanics are off, especially his footwork. His fundamentals are all over the place. He’s struggled throwing high over his targets and his timing with the new group of receivers in 2017 has been off.”

For all that feels like a damning indictment, Darnold won’t be the first quarterback to enter the pros with fundamentals questions. Nor would he be the first to overcome them. As such, NFL evaluators will likely ponder whether he has enough other skills to compensate. One man convinced he does is Darnold’s high-school head coach at San Clemente, Jaime Ortiz.

“Sam has the unique ability to make others around him raise their level of play to match his, he’s a born leader,” he enthused to Gridiron. “Sam is the ultimate competitor. He’s a player who lets his actions do the talking and is what I would call an ‘old-school’ quarterback. During his time here at San Clemente we saw his ability to lead those around him.”

And for all Ortiz extolls the virtues of Darnold’s orthodoxy, he believes his protégé – who excelled in high-school basketball too – is an underrated athlete. “His ability to compete on the basketball court undoubtedly helped Sam on the football field; his quick movement in tight spaces improved immediately and we saw the benefit of that.”

The other big factor in Darnold’s favour might be what he hasn’t done: no run-ins with the law, no character concerns. The theme of professionalism is recurrent when you speak to those within the league and his inner circle; there are no skeletons to find. He is almost the antithesis of Baker Mayfield.

The best quarterback prospect since Andrew Luck? No. A better prospect than Mayfield? Time will tell. 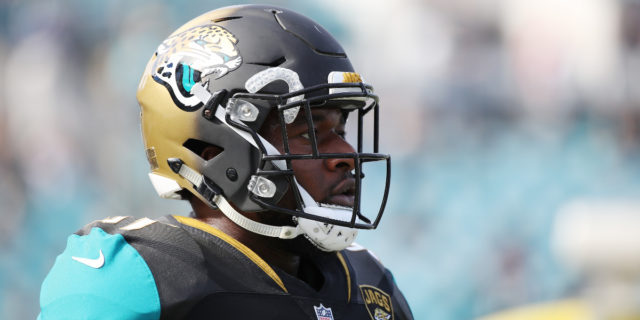 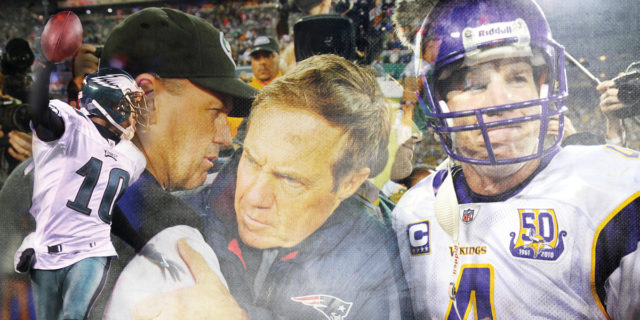 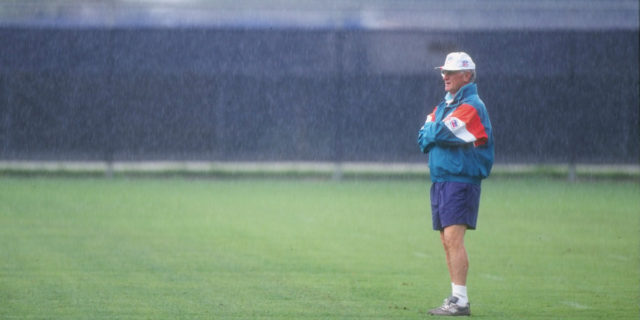 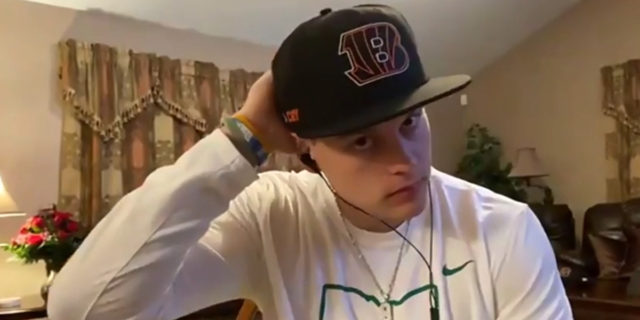 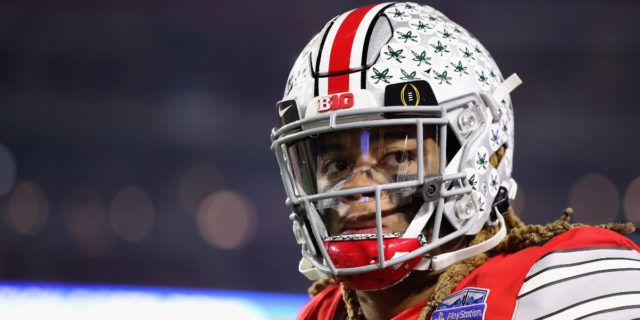