This article appears in the current issue (LXIII) of Gridiron magazine – for individual editions or subscriptions, click HERE

We know fantasy football is serious business, so we enlisted the help of NerdBall’s Pete Rogers, formerly the managing editor of SB Nation’s fantasy division, for some tips to help you become a champion this year.

SOME ADVICE FOR THE NOVICE

There is the ‘zero-RB’ strategy, which is to wait at running back. I can understand that strategy, possibly, if you’re going quarterback and tight end really early to get those upper-echelon guys. But wide receiver is so deep, with three viable pass-catchers for virtually every single team. We’ve just seen Teddy Bridgewater put forward two top-24 wide receivers in Carolina. If you’re waiting on running back just to draft high-level wide receivers, I don’t necessarily know that the value is there.

My strategy every year is going ‘running back, running back’ in the first two rounds; I want to make sure I get one of those top guys. When I draft high, I want a player that I can plug in my lineup and I don’t need to worry about them for the rest of the season.

ADP (average draft position) is there for a reason. Get your running backs early, build up that wide-receiver core in the middle and get some running back sleepers late. I’ve done a bunch of mocks where I’ve gone RB, RB, TE, QB and still have had so many WR options between rounds five and eight that I’m still supremely confident.

With the tight ends, I have it as the top four guys – I’m stupidly high on Kyle Pitts. After those guys get drafted, don’t touch tight ends until your last pick in the draft and, even then, you’re setting yourself up to basically stream the position.

At wide receiver, there’s so much depth. There are a lot of wide receivers where that guy could see 120 targets and that could be enough to make them a top-24 wide receiver. Davante Adams is going to be a top wide receiver, so are Tyreek Hill, Stefon Diggs and Calvin Ridley. But there are so many receivers who could push into there. You had it with Justin Jefferson last year; he came out of nowhere to be WR8.

At running back, it’s the top 15-to-20 guys – they will go in the first three, four rounds – and then there’s this running back doldrum from rounds five to eight. That’s where you stockpile your wide receivers and take your QB.

FAIL TO PREPARE, PREPARE TO FAIL

I’ll build out a list. If I’m doing a 15-round draft, I’ll have four players in each round that I’d be excited to pick. Having a very clear list of who I’m excited about and where I’m excited to take them is really helpful.

If I’m drafting on an app, a lot of the time players are displayed based on ADP. For someone like Corey Davis, who I’m really high on, he wouldn’t show up on the app in the fifth round; you’d have to keep scrolling all the way because, according to the app, he’s a late-round pick. Because I have him written down on my list, I’m not scrolling through to find him with 60 seconds to pick.

Don’t feel committed to your team. Draft the players you’re excited about and, if it’s not working, don’t feel bad about spicing it up and being aggressive on the waiver wire and adding pieces to your team. You can completely change your roster after Week 2 if you want to. Nothing is stopping you. In fact, some of the best teams that ultimately win championships are the teams that get on a Justin Jefferson or a James Robinson early. Those moves where you are aggressive on the waiver wire can make a world of difference.

How do you judge a Week 1 explosion in terms of projecting whether they can do that for a full year? It’s really hard, unfortunately! I think the biggest thing is look at the projected situation and role. James Robinson came out of nowhere to be the running back in Jacksonville last year. They had no one else to really challenge him in the backfield. That was his workload until he gets injured. It was like that with Mike Davis in Carolina. Christian McCaffrey went down, Mike Davis came in and they were basically giving him the same workload.

It’s important to gauge what the role is. I got really excited about Nyheim Hines last year. He had a really good Week 1 and Philip Rivers targets his running backs. But it was an offense that had rookie Jonathan Taylor in their backfield, along with a young wide receiver in Michael Pittman Jr. who they wanted to get the ball to.

This article appears in the current issue (LXIII) of Gridiron magazine – for individual editions or subscriptions, click HERE 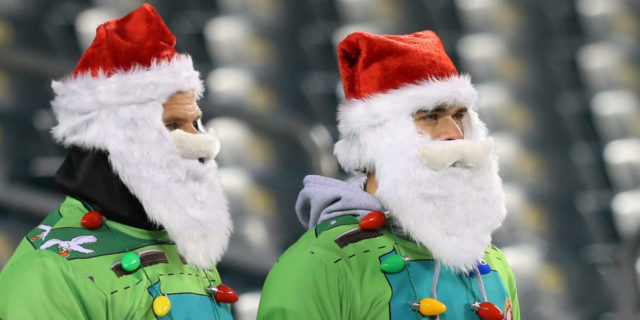