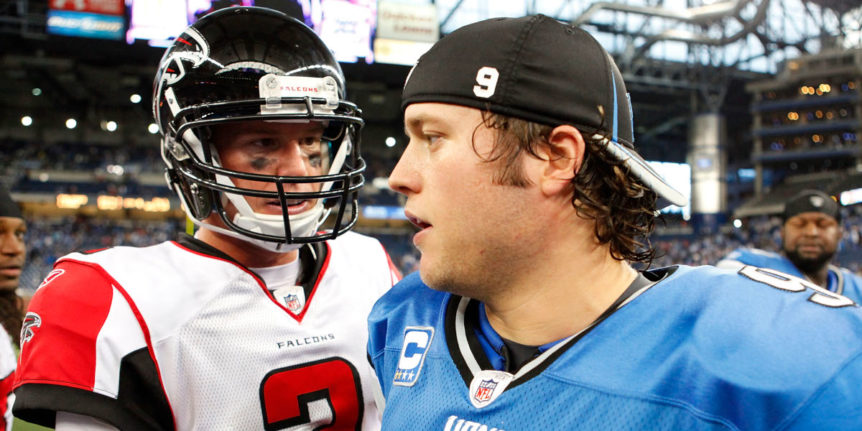 This article originally appeared in Issue 15 of Gridiron Weekly, back in the summer of 2020 – for individual editions or subscriptions, click HERE

For this week’s Man to Man I am taking you back to the summer of 2014 and excerpts from conversations with two men who are still very relevant in today’s NFL. Matt Ryan, of the Atlanta Falcons, and Matthew Stafford, of the Detroit Lions, remain capable of lighting it up every single Sunday and they will, once again, be vital to their teams’ chances this year.

I met Ryan first on my camp travels in June 2014 and it was one of the most challenging interviews I have ever conducted. And it had absolutely nothing to do with Ryan, who was a true pro and just the nicest guy in the world. Instead, I spent most of the interview wondering if I might pass out mid-sentence.

As most of you probably know, I pack as many teams as possible into as short a timeframe as possible when getting around to summer interviews at training camps or mini camps. And it was no different in 2014.

After interviews with the Raiders in Oakland the previous day, I flew with my camera crew on a red-eye flight to Atlanta. The idea was to get a few hours of sleep on the plane and then go again. The reality was that it was a very turbulent flight, the seat belt sign never got turned off once and I was awake the whole way to Georgia, landing around 7am local time with zero sleep achieved.

After a quick Cracker Barrel breakfast, we rocked up at the Falcons facility and rolled through our interviews. As Ryan came into the room and sat before me around lunchtime, I went light-headed and literally saw stars before my eyes. I knew where he was sitting and I knew he was right in front of me, but I genuinely couldn’t see him and just tried to focus on an area and get my questions asked and answered.

If Ryan knew I was on the verge of passing out, he never showed it and he answered every question like the franchise leader he has become in Atlanta while topping 4,000 yards passing in nine straight seasons.

“You have that moment where you know exactly what they’re going to do. But I would be lying if I told you there were never times when you didn’t have a clue what the defense was trying to do.”

What are the traits you feel you need to succeed as a quarterback in the NFL?
It’s much like any other sport — you can have different styles and still be effective. But the one thing that you see from the great players at this position is that they’re consistent from game to game. Whatever their style is, being a pocket passer or somebody who gets outside and makes plays with their athleticism, the truly great ones are consistent week to week. The biggest thing I’ve learned during my time in the NFL is that the same guy has to show up every Sunday. You have to bring your best every Sunday — you can’t do it one week and then do nothing the next. I’ve tried to get more consistent throughout my career.

Tell me about the preparation that goes into each game for a quarterback…
I sometimes wish you just showed up and played, kind of how it was when you were growing up. There is a lot of preparation that goes into each week — it is a very tactical game and strategy is incredibly important. We spend a lot of time during the week trying to put our guys in a position to succeed every time we line up and to find any mismatch we can between one of our offensive players and one of their defenders. Certainly, though, it is a game of adjustment after the ball is snapped. We watch a lot of film to try to get correlations between what a defense is doing before the snap and after the snap. It’s a lot of work, but I love doing it and it is certainly a fun ride.

And do you get those scenarios in a game where you say to yourself, ‘I’ve seen this before on film. This is the situation we want’?
Absolutely it happens and that’s why you do it. You have that moment where you know exactly what they’re going to do. But I would be lying if I told you there were never times when you didn’t have a clue what the defense was trying to do. Playing this position, you have to know what you’re doing, but there are going to be times when you get fooled. But then you have to make a good play even when you don’t recognise what they’re doing. That comes down to instinct — there has to be some instinct that goes with playing this position.

Later that summer, I met up with Stafford and we discussed all manner of topics relating to the quarterback position. And, in speaking to Detroit’s number nine, it was clear that he takes that gunslinger mentality into every game he plays for the Lions.

“There is a fine line between taking chances and taking calculated risks. It is a tough line to stay on, but I just try to do that in order to help us win.”

What is going through your mind as you walk to the line of scrimmage and begin looking at the defense?
For me, I usually start with the defensive line. There are things that go off in your head that are tendencies for most teams. I usually go from the front seven on out. On passing plays, you focus quite a bit on the back seven, and, on running plays, probably a bit more on the front seven. You try to get to the line of scrimmage fast with your eyes up and then really just trust your instincts. Sometimes you can doubt yourself one way or the other when it is so close here or there, but just trust your instincts and go.

And would we be right in thinking there are a lot of moving parts to every NFL play?
A receiver’s route might change, a defensive call might change and then things can vary depending on whether we’re in the shotgun or under centre, or with two backs or one back. There are certain plays you call and you run no matter what but, a lot of times, there are little adjustments, whether it is up front or the guys in the back. Those changes are being made in order for us — and the defense — to be as successful as possible.

Tell us about your playing style and how you like to take occasional risks…
I’m aggressive, for sure. I’m confident in my ability to put the ball into places that help us be successful. There is a fine line between taking chances and taking calculated risks. It is a tough line to stay on, but I just try to do that in order to help us win. I’ve had plenty of games where I’ve thrown a couple of picks and then led us on a two-minute drive to win the game. Every time you get the ball in your hand, you have to be confident in your ability and in the guys around you, and I always am in that regard.

This article originally appeared in Issue 15 of Gridiron Weekly, back in the summer of 2020 – for individual editions or subscriptions, click HERE 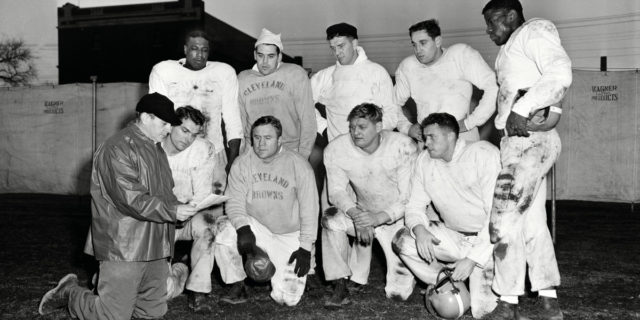 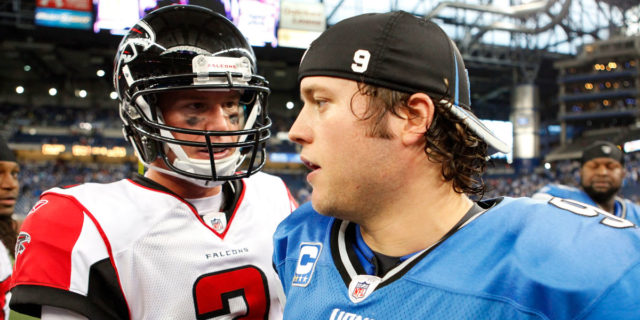 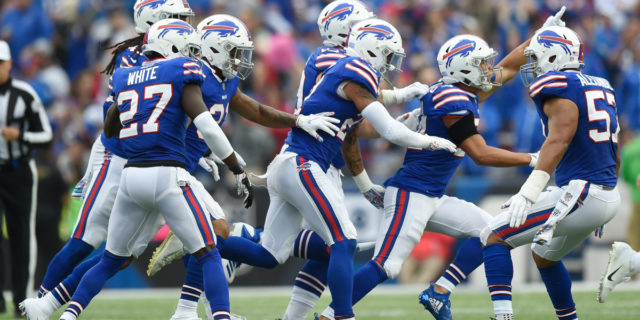 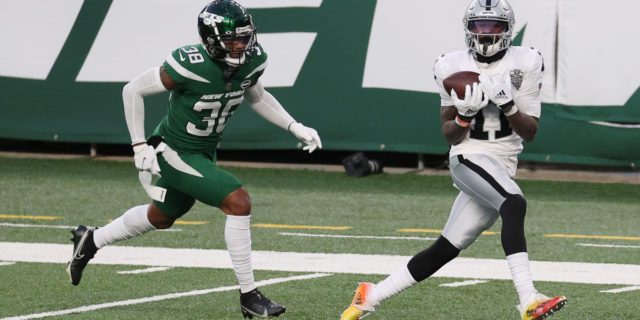 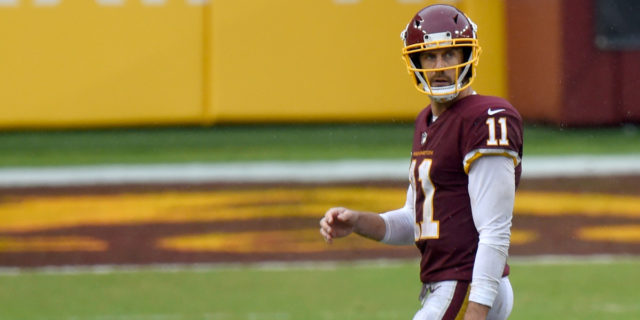