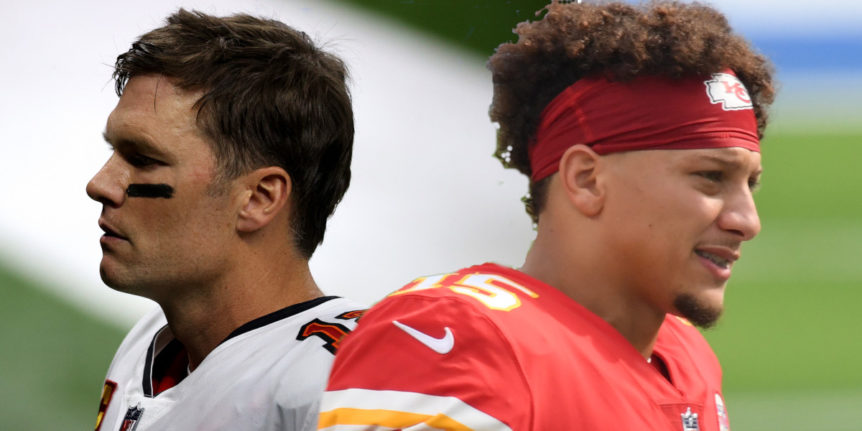 This article originally appeared in Issue V of Gridiron magazine — our first ever print edition — way back in 2014. For individual editions or subscriptions, click HERE

What do Dan Marino, Dan Fouts, Sonny Jurgensen, Jim Kelly, Fran Tarkenton, George Blanda and Warren Moon have in common? They are all in the Hall of Fame and none of them ever won a Super Bowl. Blanda, of course, won in the AFL, so in the T-formation era we can replace him with Y. A. Tittle, who lost three times in NFL Championship Games.

One of the truisms of modern football is the idea you need a great quarterback to win the Super Bowl. This reflects the importance of the position; despite your having 21 other starters — only hockey goalies might be argued to carry such a de facto importance to a team’s functions. The consensus is so overpowering that I recently came across an article pointing out that 35 of the 46 Super Bowls had been ‘won’ by a Hall of Fame quarterback.

There are, however, two problems with that claim. One was that they were counting all of the following: Kurt Warner, Tom Brady, Ben Roethlisberger, Eli Manning, Peyton Manning, Aaron Rodgers and Drew Brees as Hall of Famers. Warner will likely get in, Brady and Peyton certainly will, Rodgers and Brees should at current pace, while Ben and Eli are, to me, long shots. At least they didn’t include Joe Flacco!

More importantly, as the article itself recognised (but then ignored), the claim is largely tautological. Lots of quarterbacks in the Hall are there because they ‘won’ championships. At the same time, Jim Plunkett — the Eli or Ben of his day — won two Super Bowls, as many as Roger Staubach, Bob Griese or John Elway, and is not in the Hall. Ken Stabler and Phil Simms won Super Bowls. Washington won three in 10 years with three different signal callers: Joe Theismann, Doug Williams and Mark Rypien, none of whom will be fitted for yellow blazers any time soon. Jeff Hostetler, Jim McMahon, Brad Johnson and Trent Dilfer each ‘won’ as many Super Bowl rings as Joe Namath. Staubach ‘won’ two Super Bowls, but he also ‘lost’ two.

“Does losing in the final make you just a guy? Does losing to Joe Montana make you unworthy?”

It’s not even enough to say the team with the better quarterback will win the game. Hall of Famer Kelly lost four times, including to Hostetler and Rypien. Tarkenton’s three losses were to Griese, Terry Bradshaw and Stabler. And if you have a defense like the ‘85 Bears, the ‘00 Ravens, or the ‘02 Bucs, any QB can be reduced to the level of your guy.
Does losing in the final make you just a guy? Does losing to Joe Montana make you unworthy? Ken Anderson and Marino each lost the only Super Bowl they played in, against Montana.

Many people point to the list of losers as the best argument for the Hall of Fame/Super Bowl win thesis. But that’s only after you subtract the 18 losses by ‘Hall of Famers’ (making the assumption indicated at the start). There’s a loss by Anderson who ought to be in the Hall, so call it 19, and what do we do about Theismann, who lost one and won one?

Morrall is an interesting case because he could so easily represent either side of the discussion and, when you examine it closely, it shoots huge holes into the Hall of Fame QB argument. Morrall’s Colts lost Super Bowl III to Namath, 16-7. Namath was the game MVP, despite completing 17 of 28 passes for 206 yards and no scores. Matt Snell, with 30 carries, 121 yards and the game’s only TD, should have been the MVP. Morrall started the game, threw three interceptions, and was relieved by Johnny Unitas, who played better but threw another pick.

Two years later, the Colts beat the Cowboys 16-13 and Unitas picked up his only Super Bowl ‘win’. He started, completing three of nine attempts for 88 yards, one TD and two picks, before Morrall relieved him. He then went seven of 15 for 147 yards and one interception, engineering the game-tying TD and winning field goal. But the game’s MVP was Dallas linebacker Chuck Howley. Morrall wouldn’t be in the Hall of Fame even if he had received credit for the Super Bowl ‘win’, but you can see my point.

“Hall Of Fame quarterbacks do win Super Bowls. Unless they don’t. And you need one to win a Super Bowl. Unless you don’t.”

In Super Bowl VII, the Dolphins completed their undefeated season with a 14-7 victory over Washington. Griese ‘won’ that Super Bowl, completing 8 of 11 for 88 yards, one TD and a pick. That’s right, the Dolphins threw only 11 passes, but Larry Csonka, Jim Kiick and Mercury Morris ran 37 times. The game’s MVP was safety Jake Scott, who got two of Miami’s three interceptions from Billy Kilmer.

But does Morrall get any credit for the season? Griese was injured early in the fifth game of the year. Morrall ‘won’ that one, the next nine in the regular season and the two playoff games. As a starter, he was the signal caller for 12 of the team’s 17 wins. But Griese is the Hall of Famer who ‘won’ two Super Bowls.

So yes, Hall Of Fame quarterbacks do win Super Bowls. Unless they don’t. And you need one to win a Super Bowl. Unless you don’t.

This article originally appeared in Issue V of Gridiron magazine — our first ever print edition — way back in 2014. For individual editions or subscriptions, click HERE