The Only Show In Town 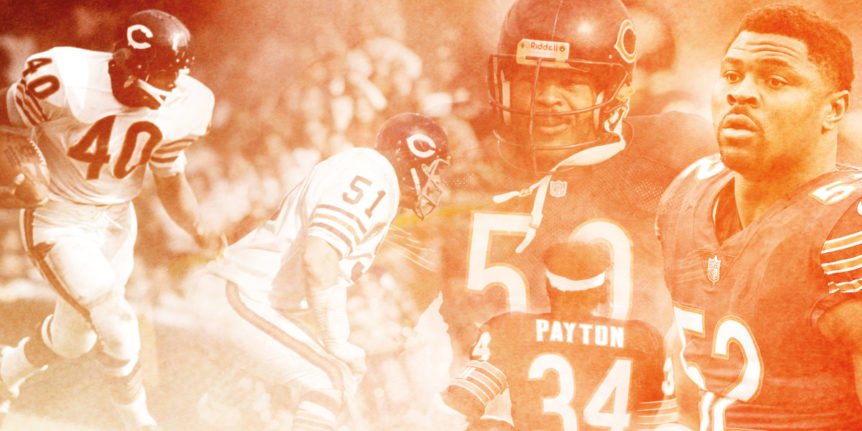 As the Chicago Bears trudged off the practice field after another training camp practice in August, excited fans lined up nine or 10 deep to get a glimpse of their heroes, grab an autograph and possibly blag a glove or a sweaty towel that was going spare.

Such fan support was mightily impressive given that the Bears were training at Olivet-Nazarene University in Bourbonnais – about an hour and a half south of the city of Chicago. This particular practice took place early on a Thursday morning yet there must have been more than 5,000 fans in attendance.

The sight of defensive lineman Akiem Hicks taking selfies with fans and rookie running back David Montgomery carrying his and a veteran’s helmet and shoulder pads to the locker room not only painted a perfect training camp picture, it served as a tableau of a city’s love for its football team.

While the Bulls, Blackhawks, White Sox and Cubs have won 10 championships in basketball, ice hockey and baseball respectively since the Bears last celebrated Super Bowl glory in the 1985 season, it is still the football team that moves the needle most aggressively in Chicago.

“This is a football city – it’s a Bears town,” stressed Pro Bowl quarterback Mitchell Trubisky. “People here love their sports but there is something special about football. The Chicago Bears can bring everybody together and when we’re doing well, the city is on fire.”

Head coach Matt Nagy added: “Our fan support is wild. It is absolutely electric. The fans showed up the first day of camp and just under 10,000 were out at practice – that’s a record for me. I’ve never been around that. Our fans are really pumped up and excited to get this season going.”

Such is the level of fan support in the city of Chicago that even those who would not be considered league-wide superstars get treated like visiting rock stars when they venture out and about.

Wide receiver Taylor Gabriel admitted: “It’s amazing – the fans are very into it. It’s kind of tough for me to get out downtown and that’s crazy. I kind of feel famous. I love the fans and they’re very into it. They feel like they’re playing in the game so if you make a big play, everybody in Chicago feels like they made a big play.”

While the modern-day Bears are held in high regard, things are a little different for the members of that 1985 squad that rampaged through the NFL with one of the greatest and most colourful teams of all time.

With the rebellious Jim McMahon at quarterback, Walter Payton in the backfield and the most dominant defense in NFL history wreaking havoc with the likes of Richard Dent, Dan Hampton and Mike Singletary, the 1985 Bears were more than a football team – they were a force of nature just about kept under control by tough-nosed and fiery head coach Mike Ditka and his no-nonsense defensive counterpart Buddy Ryan.

And their impact on the city of Chicago is felt fully to this day.

Larry Mayer, senior web writer and historian for the Bears, explained: “The 1985 Bears are treated like the kings of Chicago. They never have to buy a drink or a dinner in this town.”

Rather than get fed up about a city in love with a team from yesteryear, the current Bears embrace the history and heritage of their predecessors.

“When we get here, that’s the number one thing they instill in us,” All-Pro safety Eddie Jackson revealed. “How good the defensive teams have been. And how the city just thrives on great defenses in Chicago so, for us, that was something big.”

Nagy is certainly on board with maintaining links from the past to the present. He and his players attended an offseason function in celebration of the NFL’s 100th season that brought together great Bears from all the decades. And the current head coach had a message for his team.

Nagy told his players: “I don’t want you to talk. I just want you to listen to the advice and find out what it means to be part of the Chicago Bears.”

Pro Bowl defensive lineman Hicks took that message to heart and is always keen to pick the brains of those who played before him.

“I’ve had a chance to meet a lot of those gentlemen from the Super Bowl-winning 1985 Bears defense and I have a great deal of respect for those guys,” Hicks revealed. “I’ve met Dan Hampton, Mike Singletary, Richard Dent and The Fridge (William Perry). I’ve had a chance to soak up their wisdom and to really appreciate what it takes to play at the highest level.

“It’s an inspiring feeling to see what greatness looks like. And it gives you some motivation and pushes you that extra step because you want that feeling they have when they walk around the city of Chicago wearing their Super Bowl rings.

“They helped me understand the things that don’t change are the characteristics of the men who are successful and who play at the highest level. They tend to be the most disciplined, the most hard-working, the most diligent and the most focused. That is what they imparted on us current players – they got us to understand the sacrifice and what it takes to get to that point.”

As the Bears attempt to mount another Super Bowl challenge, they do so off the back of a heartbreaking end to a 2018 campaign that promised so much and ended so frustratingly.

The Bears won 12 regular season games but were bumped out of the first round of the playoffs at home against the Philadelphia Eagles, crashing out of the Super Bowl race and into offseason oblivion with the “double doink” Cody Parkey field goal that failed to go through the uprights from 43 yards out after hitting the post and the crossbar with five seconds remaining. The Eagles ran out 16-15 winners.

“Last year we all kind of saw what we can be,” Nagy explained. “But we weren’t good enough. We felt that if we stuck together, listened to each other and helped each other out, we would have a chance to be there at the end. It didn’t happen and we did lose to Philly at home. But we’re using that as fuel for this year.”

“It was a tough way to go,” added Hicks. “We were too good of a team to lose the way that we did and it was disheartening and frustrating. I think we’ll be stronger for it in the end. We’re going to take the pain and take the hurt because it is going to be there regardless of if we want it to be there or not. Your choice is what you do with it after the incident happens.”

For the Bears to take the next step and challenge for the Super Bowl, improvement will be expected from an offense that ranked 21st in the NFL a year ago.

Much will depend on the growth of Trubisky, who still appears to divide the crowd as he enters his third season. He enjoyed the biggest leap of any quarterback in 2018, improving his rating from 77.5 in 2017 to 95.4 last year. But there is room for further improvement. While there are still some outside of Halas Hall who remain to be convinced, the North Carolina product has at least won over his own locker room.

“Mitch is a leader, a role model and a guy that people kind of look up to now,” Gabriel stressed. “When the media talk about the quarterback situation, it puts a target on his back and you can see the way he takes that on. He comes out every day like a professional and he plays and for a quarterback to do that, it’s inspiring. It makes me want to go hard and to make a play for him.”

Gabriel – who goes by the nickname ‘Turbo’ due to his speed of foot – is just one of the weapons at Trubisky’s disposal in 2019. Other mouth-watering receiving targets include wideouts Allen Robinson and Anthony Miller, as well as tight end Trey Burton. Add in the backfield duo of Tarik Cohen and tackle-breaking rookie Montgomery and this unit should be more than capable of holding up its end of the bargain.

Of course, the defense is among the very best in the game and is packed with playmaking stars such as Hicks, Jackson and All-Pro pass rusher Khalil Mack, who regularly impresses his own teammates when his highlights are shown in the film room the day after games.

“It’s unreal for us just to see it in person,” Jackson laughed. “We’re all fans and we knew about him in Oakland and just to see him come here and do that with us, it makes us realize we have to take everything to another level. I told somebody the other day that I’m not competing with anybody else – I’m competing with 52. He’s the best guy on the team and the highest-paid guy on the team, so why not compete with him?”

The Mack-led defense is deep and talented on all three levels and there is rightly a confidence that runs through the entire unit.

“I know we’re the best in the NFL and we’ve been proving it for the past two or three years,” Hicks stressed. “We’ve done that by going out and playing hard-nosed, strong, confident defensive football. Our job, right now, is to be in that top spot and we have to make sure nobody comes along and de-thrones us.”

“They want to dominate every single play,” Nagy added. “The character of players we have on defense means we have a mentality of total domination. The expectations of trying to match the ’85 Bears defense is never easy but we know we have a lot of talent.”

With the entire city willing them on and the legends of the past watching over their every move, the 2019 Chicago Bears have high hopes and lofty goals for this 100th NFL season.

“There is definitely an expectation,” Trubisky revealed. “There is one on the outside but also in our locker room and there is a standard we hold ourselves to. We’re playing to be in that last game and for that big opportunity. We have an expectation and it starts every day by coming to work and handling our business.”

If the Bears do lift the Super Bowl Trophy (they don’t refer to the official Vince Lombardi Trophy name in Chicago) in the NFL’s centenary season, there would be something quite fitting about that given team owner George Halas played a major role in founding the league.

While there is business to be taken care of along the way, some Bears have allowed themselves to dream of Super Bowl glory, as Gabriel concluded: “It would be special. We practice every day like we want to go to the Super Bowl. And that parade would be amazing – it would be a massive Club Dub in the city of Chicago.”

This article appears in the current issue of Gridiron magazine – for individual editions or subscriptions, click HERE 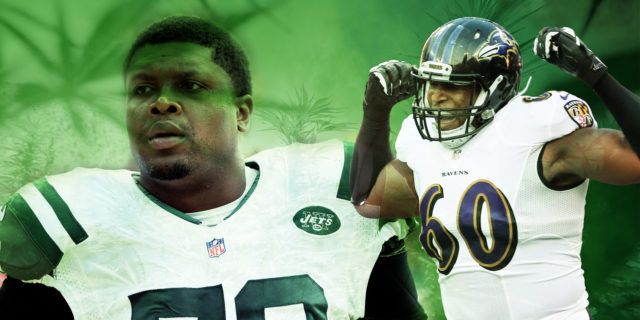 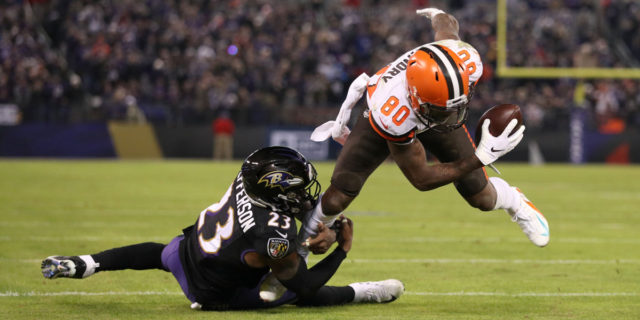 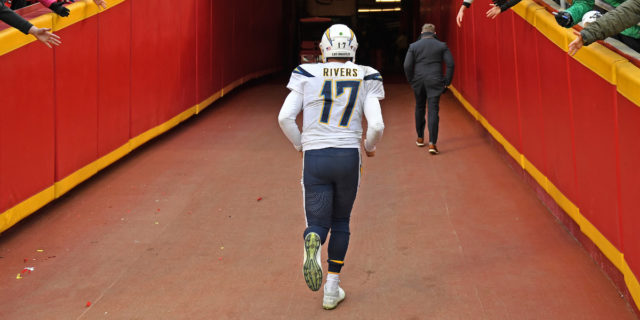 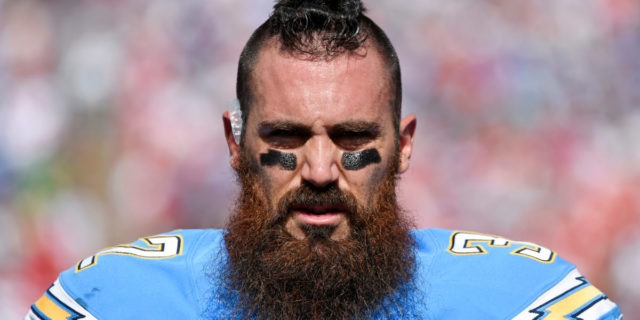 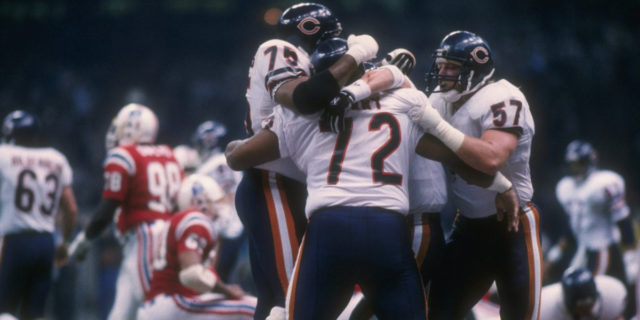