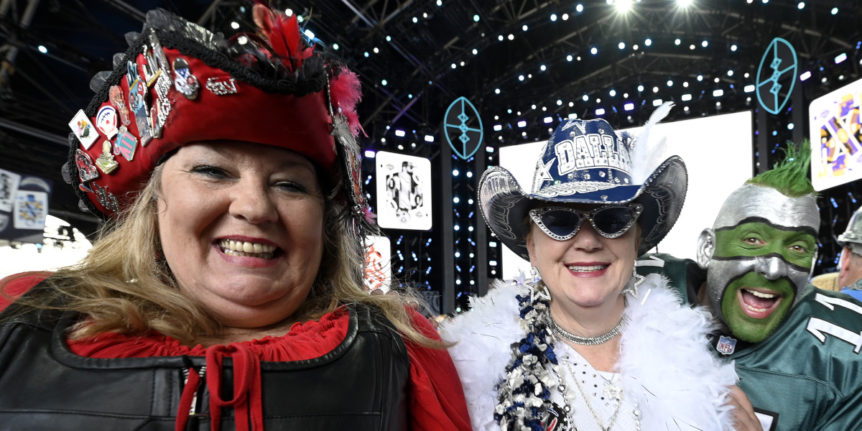 Like it or not, digital assets are becoming increasingly popular as a method of engagement for football fans, but what can NFL fans expect from ‘Fan Tokens’?

Backed by cryptocurrency, fan tokens are a method of drawing fans from around the world closer to their clubs. They’re proven popular in many sports, and whilst the NFL hasn’t yet announced the release of tokens, they have partnered with fan token provider, Socios, which is seen as a step in the direction of a full token release.

That might have to wait due to regulatory concerns, although the word ‘concern’ is deemed too strong by Alexandre Dreyfus, CEO of Socios. “Regulation is not a concern, it’s an educational process,” he said. “In most countries in the world, you have a clear regulatory framework; in the U.S., it’s not yet completely clear. Most entities are trying to figure out what is the best path to actually launch a product, and in our case that’s what we were doing with the league’s teams.”

There have been no such concerns around the release of fan tokens in soccer; they’ve proven to be hugely successful, raising capital for the teams involved and bringing fans closer to their clubs wherever they’re based. But what can NFL fans expect from fan tokens, and how have they benefited supporters across the globe?

One of the core drivers for fan engagement lies in influencing club decisions from afar. Owners of a fan token are given a chance to vote in polls on certain club matters. That won’t be about offering a contract to your favourite player, but rather things like jerseys, training ground names and such. For instance, in early July, owners of a Paris St Germain fan token could vote on the message printed on their captain’s armband. Trabzonspor, a Turkish soccer team, even offered fans the chance to vote on the design for the team bus. Outside of soccer, owners of Alliance eSports team fan tokens got to help choose the team roster.

Just think: in the NFL, it might have been possible for Washington Football Team fans to vote on a new name or for Patriots supporters to influence the message on the dressing room wall.

There’s an interactive app for fan token owners, which is great fun and another key benefit of owning a token. The app acts as the conduit between club and fan, so you can buy and sell tokens there, vote in the polls and interact with other key features. You can rack up reward points for taking part in quizzes and in-app games, which can lead to further benefits. Many of the quizzes are based on the sports feature, such as soccer, but, if NFL teams embrace tokens, then expect to see quizzes such as ‘who has played host to the most Super Bowls’ or ‘name these Pro-Bowl players’.

The rewards benefit is often understated when talking about fan tokens. For those who rack up reward points, money-can’t-buy experiences are available, and owners can attend events such as meet-and-greets with their teams and players. There are signed jerseys on offer through different means, and other great benefits only fan token owners can access. Who knows, it might be you meeting Tom Brady next season or having a special tour of the Chiefs’ training facility at Griffon Indoor Sports Complex. There’s also the potential for access to exclusive digital content, which helps you feel closer to your teams wherever you are.

There are other benefits too, as the value of tokens can rise and fall in a way that they can be seen as an investment. Dreyfus has always maintained that fan tokens are for supporters, not speculators, but concedes that anyone could benefit in the long term. “A fan that wants to vote will never trade, and most of them will never trade,” said Dreyfus. “You [might] have fans who bought at €2 and sell when it’s at €10 — but who can blame them?”

Who could blame them indeed, and who could blame NFL fans spread across North America and Europe hoping the expansion of fan tokens does eventually extend to top NFL teams, bringing them closer than ever before.