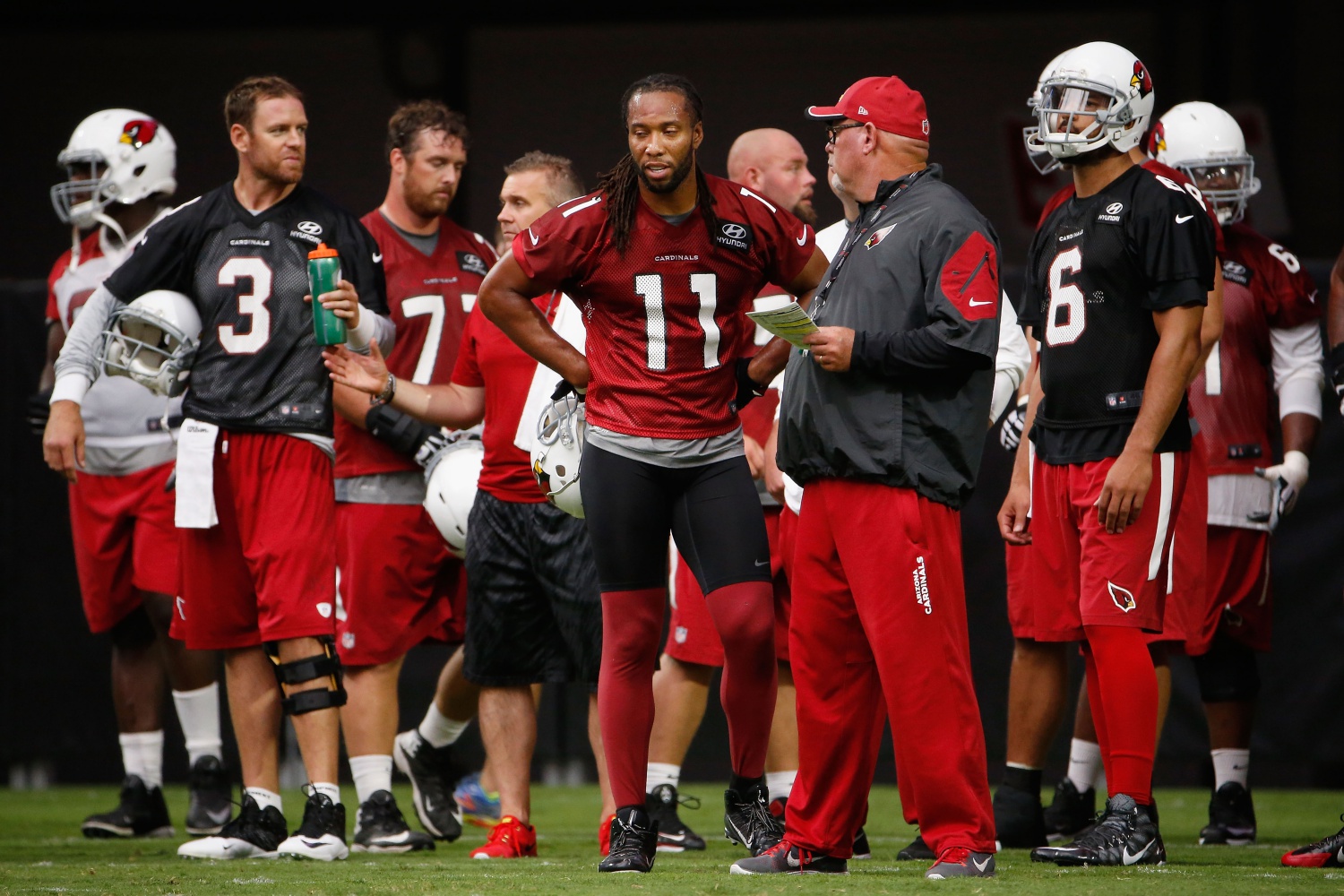 Arizona Cardinals head coach Bruce Arians does not expect two of his star offensive performers to call time on their careers at the end of the 2017 campaign.

There has been talk of increased urgency in Phoenix this offseason due to the advanced years of quarterback Carson Palmer, entering his 15th season, and wide receiver Larry Fitzgerald, heading into year 14.

But Arians does not feel the clock is ticking on his veteran team leaders, as he told The Reynolds Report: “With sports science the way it is, you just never know any more – those guys still look like they are in their twenties. Carson is throwing the ball like he did when he was 29 and Larry is running his routes as good as ever.

“I think those guys will come back in 2018. They’re looking great right now.”

Palmer was not that well protected in the first half of 2016 but finished strong, while Fitzgerald led the league with 107 catches and was his usual consistent self.

Arians paid tribute to both men: “Carson is probably the most resilient quarterback I have ever been around. He has an ability to move on from good and bad plays and he brings everybody on our team along with him.

As for the perceived urgency in Arizona?

Arians concluded: “Is there a window? Possibly. But every year we build a team to win now. Our goal never changes and that is to win the Super Bowl.”