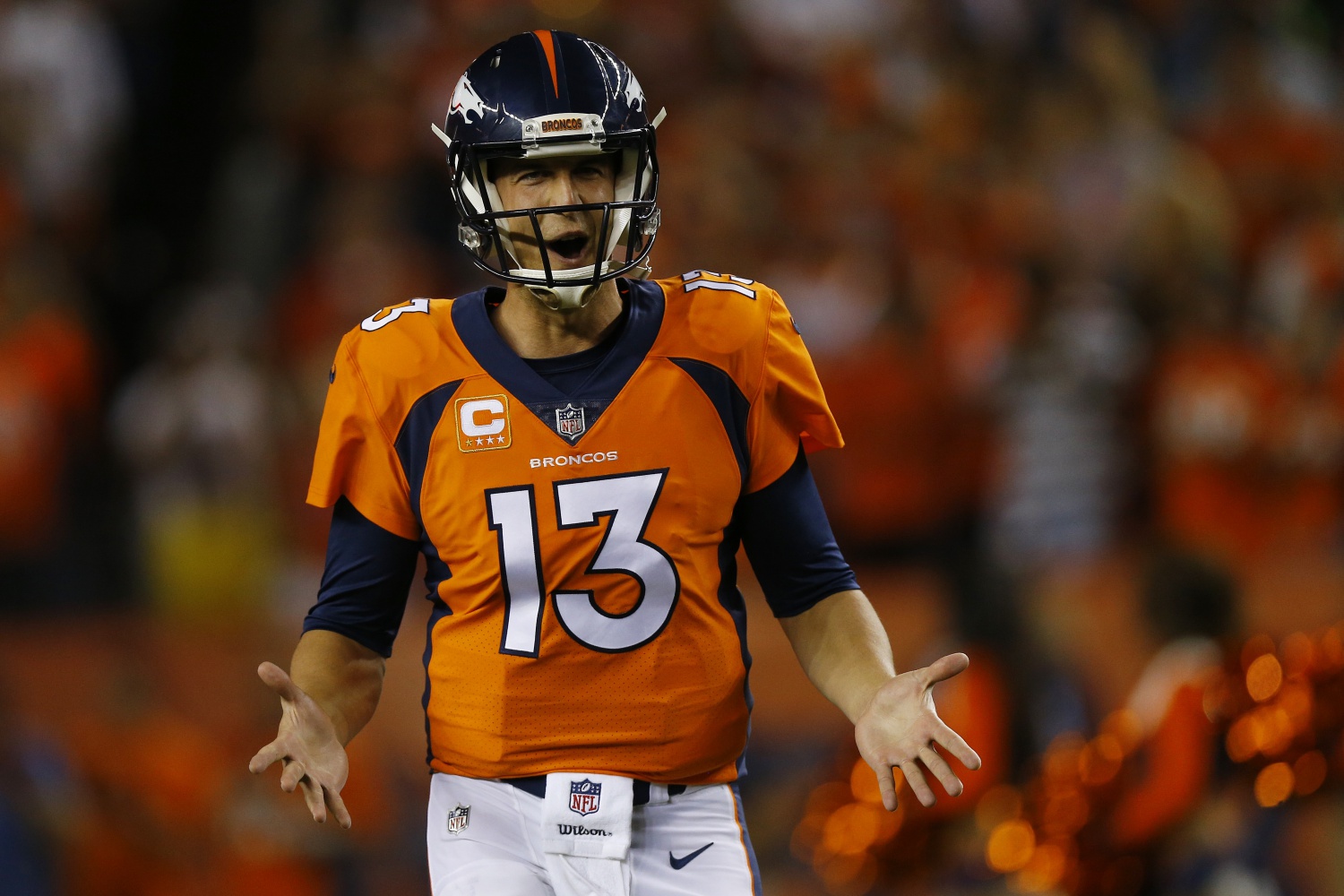 One of the season’s biggest surprise packages so far has been the play of Denver quarterback Trevor Siemian. But is he ready to be a franchise passer, or are his performances so far a mirage? Nicholas McGee breaks down the film.

There wasn’t a great deal of expectation placed on Trevor Siemian this offseason. In fact, the Denver Broncos’ starting quarterback job wasn’t even supposed to be his gig anymore. This was supposed to be the year 2016 first-round pick Paxton Lynch, who Denver traded up to nab, made the big leap forward. But the best-laid plans of John Elway and the Broncos front office have not come to fruition. Lynch was terrible in preseason, allowing Siemian to remain as the starter almost by default.

If he was perhaps a touch fortunate to stay under centre, there is little doubt Siemian has firmly cemented his grip on role two weeks into the new season. The Broncos are 2-0, surviving a late rally from the Los Angeles Chargers in the opener before dominating the Dallas Cowboys in a 42-17 success in Week 2.

Denver’s defense hasn’t skipped a beat despite Wade Phillips’ departure, while running back C.J. Anderson appears rejuvenated and the pass protection has held up better than expected. These are all obviously significant factors in the Broncos’ strong start, but special praise should be reserved for Siemian. He has thrown two interceptions, but completed 65 percent of his passes for 450 yards and six touchdowns.

Siemian ranks 14th in the NFL in Football Outsiders’ DYAR (Defense-Adjusted Yards Above Replacement), which measures the value of a quarterback’s performance related to that of a replacement-level talent. He finished 22nd in the same metric last season, behind such illustrious names as Brian Hoyer and fading forces Carson Palmer and Eli Manning and only just ahead of Blake Bortles and Cody Kessler.

It is abundantly clear that strides have been made by Siemian after a 2016 season in which he struggled under pressure and in the red zone. So let’s get to the tape…

Evidence of improvement in both of those areas comes on this play in the red zone against Dallas, with Siemian noticing the late-arriving pass-rush and stepping up into the pocket to use his underrated mobility to pick up the first down.

Siemian has also been able to avoid coming under pressure with the use of some intelligent movement in the pocket. Interior pressure is the most difficult for a quarterback to navigate but here Siemian does it excellently with a subtle movement to his left, keeping his eyes downfield and delivering a strike to A.J. Derby, who has enough of a cushion from the defender to make the catch.

Siemian’s improvements in the red zone are apparent in his performances and backed up by the numbers. According to Football Outsiders, Denver rank second in the league in Drive Success Rate, which measures down series that end in first downs and touchdowns. That is no accident, for Siemian has appeared extremely confident inside the 20 in the first two games, showing the ability to make eye-catching throws like this touchdown toss to Bennie Fowler while rolling to his right.

Siemian’s ability to throw with anticipation and velocity were both on display here, and he did the same on this play-action pass against Dallas, where he also demonstrated the touch to loft the ball over a number of Cowboys defenders and lead the receiver to the ball.

One of the advantages Lynch supposedly had over Siemian was his upside as an aggressive quarterback with a huge arm who was more willing to push the ball downfield. But Siemian’s apparent confidence in the red zone has seemingly been extended to downfield attempts, as he has enjoyed success in pushing the ball deep against both Los Angeles and Dallas. His downfield accuracy is far from perfect, as he shows on this throw to Virgil Green, but he still puts the ball in a position where the tight end does not have to make too much of an adjustment and can pick up yards after the catch.

But it is the below pair of throws to Demaryius Thomas that perhaps best encapsulate the proficiency he has displayed on longer attempts. The first sees Siemian nail a superb far-hash attempt to the sideline, putting the ball in a place where Thomas can easily go up and get it.

On the second, he is able to keep the defense on its toes with a pump fake, before again demonstrating his touch by dropping the ball down the sideline and into a spot where the adjustment only has to be minor.

Even with the season in its infantile stage, Siemian looks like one of the most improved quarterbacks in the NFL. However, there are some inconsistencies to his game that have the potential to blight a promising season.

While Siemian has displayed the ability to go through his progressions consistently, much of his success has come through him getting the ball out quickly to his first read. As a result, he is often too committed to that first read and will stare it down, as he did here against the Chargers on a play that should have resulted in an interception.

Siemian’s vision in seeing the field when he goes through his reads can, at best, be described as inconsistent, and his mistakes have led to a number of risks, which could have resulted in him throwing more interceptions than the two he has thrown. In the opening two games, Siemian has produced plays where he has failed to look off the safety breaking to the ball, and on each of these occasions he was fortunate to survive with an incompletion.

Siemian’s issues in seeing the field are exacerbated when he comes under pressure. On this play, the pocket is beginning to collapse, but the quarterback still has enough time to find the receiver in the flat. Instead, Siemian opts to scramble, passing up the chance for more significant yardage.

Few quarterbacks deal with pressure in their face well, but Siemian’s vision and decision-making under duress could both improve despite his often intelligent movement in the pocket. On this play-action pass Siemian almost immediately has a defender in his face but has his eyes locked on his checkdown receiver the whole time. He should be able to see that his target is too well covered to attempt a pass and just take the sack. Yet he forces the ball into coverage and is deservedly picked off.

Siemian’s progress is all the more surprising because there was no hint of it in the preseason.

He was a dependable starter in 2016 but has seemingly developed into a quarterback who shows little hesitation or fear in the red zone, can negate pressure with his movement in the pocket and unheralded mobility and one who trusts himself to push the ball downfield in spite of inferior arm strength to the likes of Lynch.

But his issues in seeing the field are a legitimate concern and must be cleaned up if Denver are to reach the postseason playing in the toughest division in football. A strong running game and their daunting defense will carry the Broncos a long way but, for Denver to have success against the Oakland Raiders and Kansas City Chiefs, Siemian cannot afford to let his inconsistencies in reading coverage and dealing with pressure become fatal flaws that derail his teams playoff hopes.