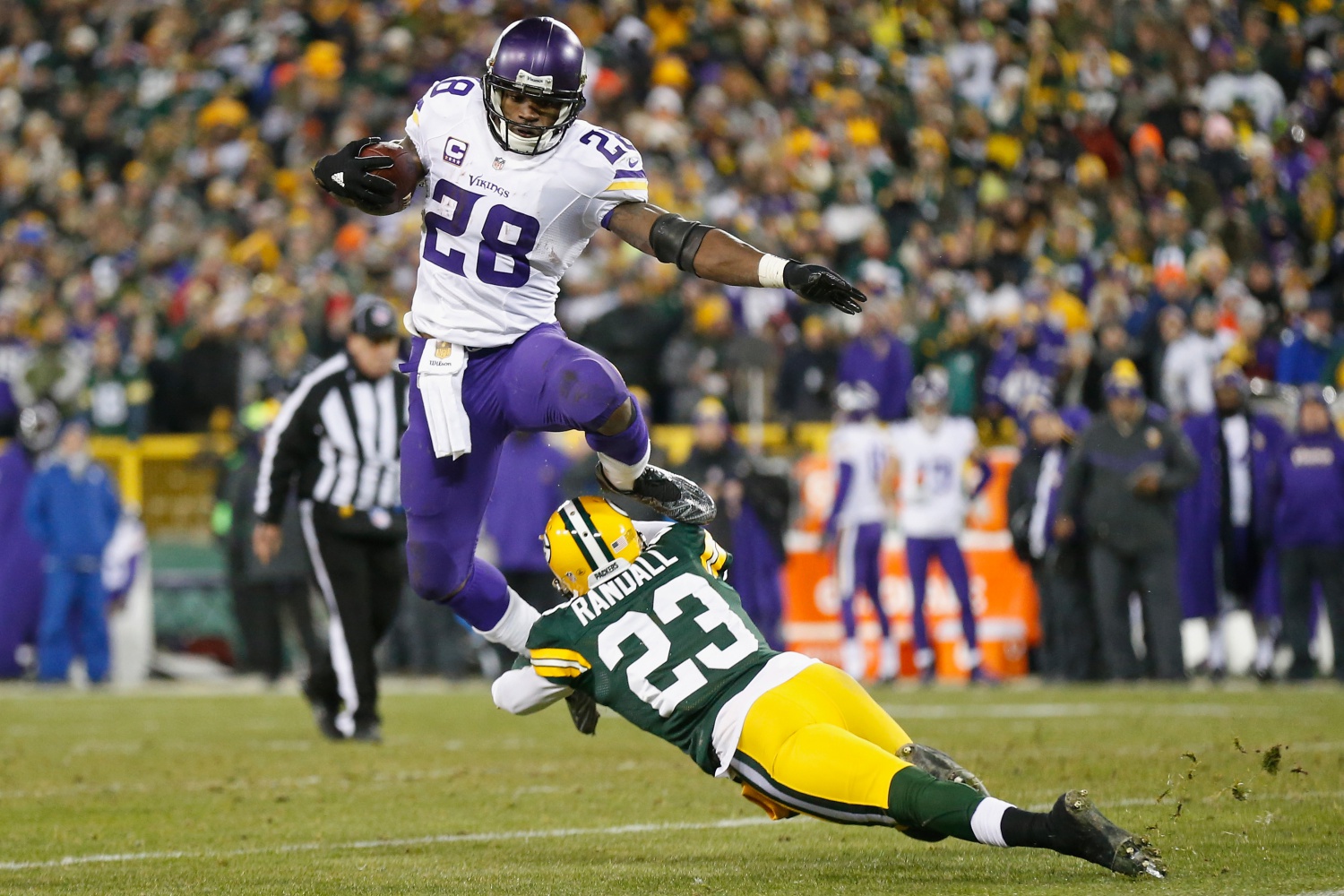 NFL players tend to adopt a ‘one game at a time’ mantra when it comes to their business, but Minnesota Vikings wide receiver Stefon Diggs admits one contest in particular is setting his pulse racing as the 2017 season approaches.

And that showdown will see the Vikings take on their former teammate and locker-room leader in running back Adrian Peterson at U.S. Bank Stadium on Monday, September 11.

Diggs, entering his third season as a key member of the Vikings, told The Reynolds Report: “Our first game is the New Orleans Saints and you know who plays for the Saints now? That is going to be pretty exciting.

“He is definitely a brother and a teammate of ours and we’re pulling for him in his new journey and his new chapter.”

While Diggs is offering support to 10-year Viking Peterson, he is firmly behind Minnesota’s new running back trio of Latavius Murray, formerly of the Oakland Raiders; second-round draft choice Dalvin Cook; and incumbent veteran Jerick McKinnon.

“We brought in some new guys who we feel comfortable with – we have a three-headed running-back monster back there and they can do some special things. I’m looking forward to watching them.”

As for his own preparations for the new season, Diggs cannot wait to get started: “I work hard in the offseason and when you put on the pads and helmet on opening weekend, it’s time to put it all together. This upcoming year is going to be a good one.”