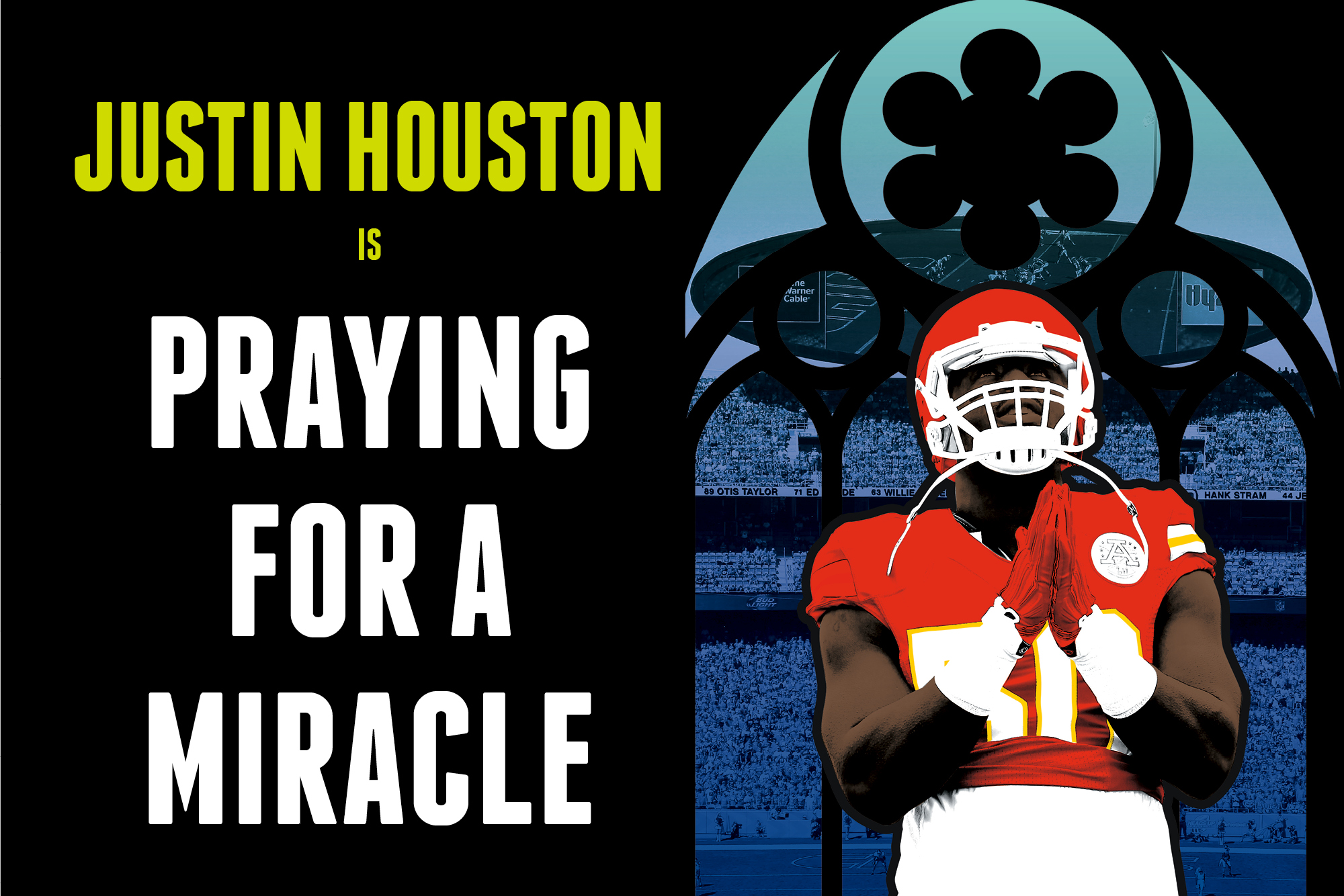 The Kansas City Chiefs head to London this week ailing at 2-5, even after their victory over the Pittsburgh Steelers on Sunday. And yet there’s hope in the form of Justin Houston, a beastly defender so good that he’s evoking memories of the great Derrick Thomas. In Issue XVII of Gridiron, we give you a rare insight into a man few know anything about via exclusive interviews Houston and those around him.

As ever, though, there is so much more than just a cover feature. Continuing the Kansas City theme, we enjoyed a wonderful chat with Travis Kelce to discuss his place in the pantheon of tight ends and likeness to Rob Gronkowski (spoiler: he hates the Gronk comparison). We’ve also dug deep on the phenom bossing college football, Leonard Fournette. Who is he? How has he ascended so quickly to being a surefire Heisman winner? How good can he become? Our college guru Ian Parker answers the key questions on the Louisiana native.

At Gridiron, though, we endeavour to bring you content that is not available anywhere else. The brief is fulfilled and then some this month in a couple of delicious features from the lower levels of football in the NFL. As well as the second part of our series on the Permian Panthers, who face their huge homecoming rivalry game against Midland Lee, we’ve also chatted to high-school football’s most innovative coach Kevin Kelley. The Pulaski Academy leading man, who gained notoriety for almost never punting and nearly always onside kicking, has cooked up another creation in his football lab. To find out what it is, buy Issue XVI today.

To make sure you don’t miss a single snap, order your Gridiron Subscription here today – and you could with a trip to either the AFC or NFC Championship Game with Sports Travel Tours.

To review the Hardy case is a little soul-destroying because it makes us question the very game we’ve committed our devout fandom to. – Editor Matthew Sherry is unhappy about Greg Hary’s return to the NFL.

I don’t have a problem with a judgement call being subject to review. The official can simply go under the hood, look at a pass-interference penalty he has just given and say, ‘Yes, I’m happy to stick with my original call on the field’. – Neil Reynolds believes changes need to be made to the NFL’s review system.

“It’s definitely a team effort. It’s never just one person. Everybody has to do their jobs from the corners up to the defensive line. It’s a total team effort.” – Justin Houston, who fell just 0.5 sacks short of the single-season NFL record in 2014, explains how he brings down quarterbacks. 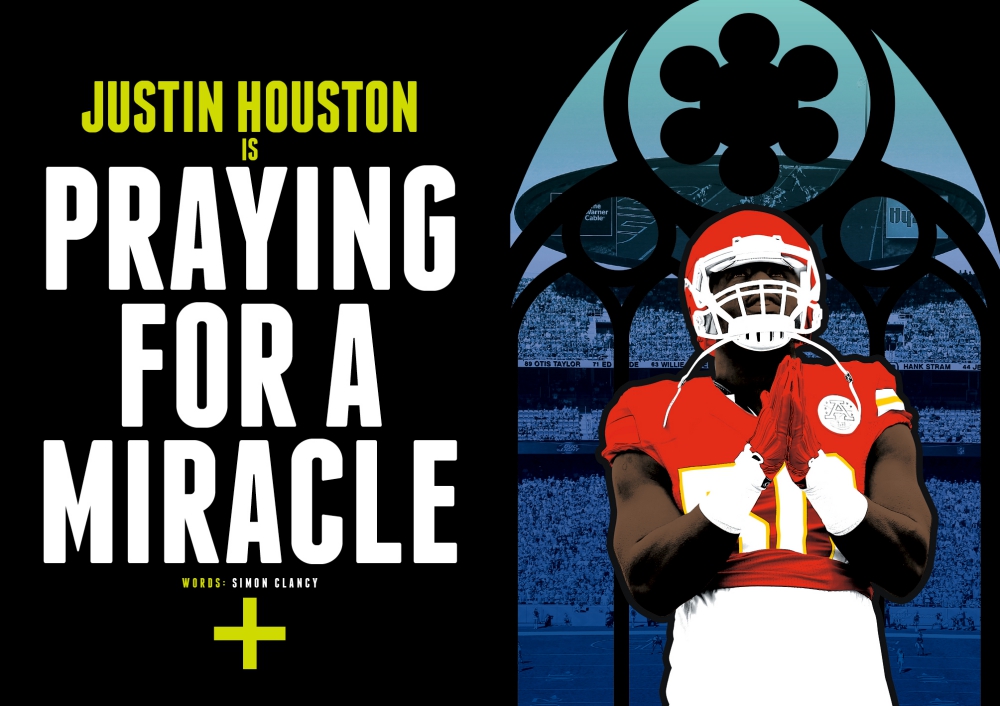 “It’s kind of my challenge to the Chiefs fans out there and London that you get as close to the Arrowhead feeling as you can!” – Travis Kelce issues a challenge to all you Brits heading to Wembley on Sunday.

These are halcyon days for tight ends in the NFL as we see the emergence of some fantastic players. – Jeff Reinebold is impressed… very impressed!

“I don’t like Odessa High School, it’s a huge game, but Midland Lee is my least favourite in our district. We don’t really like Midland so we don’t go over there much.” – Permian quarterback Trey Potter lifts the lid on the tensions between the Panthers and rivals Midland Lee. 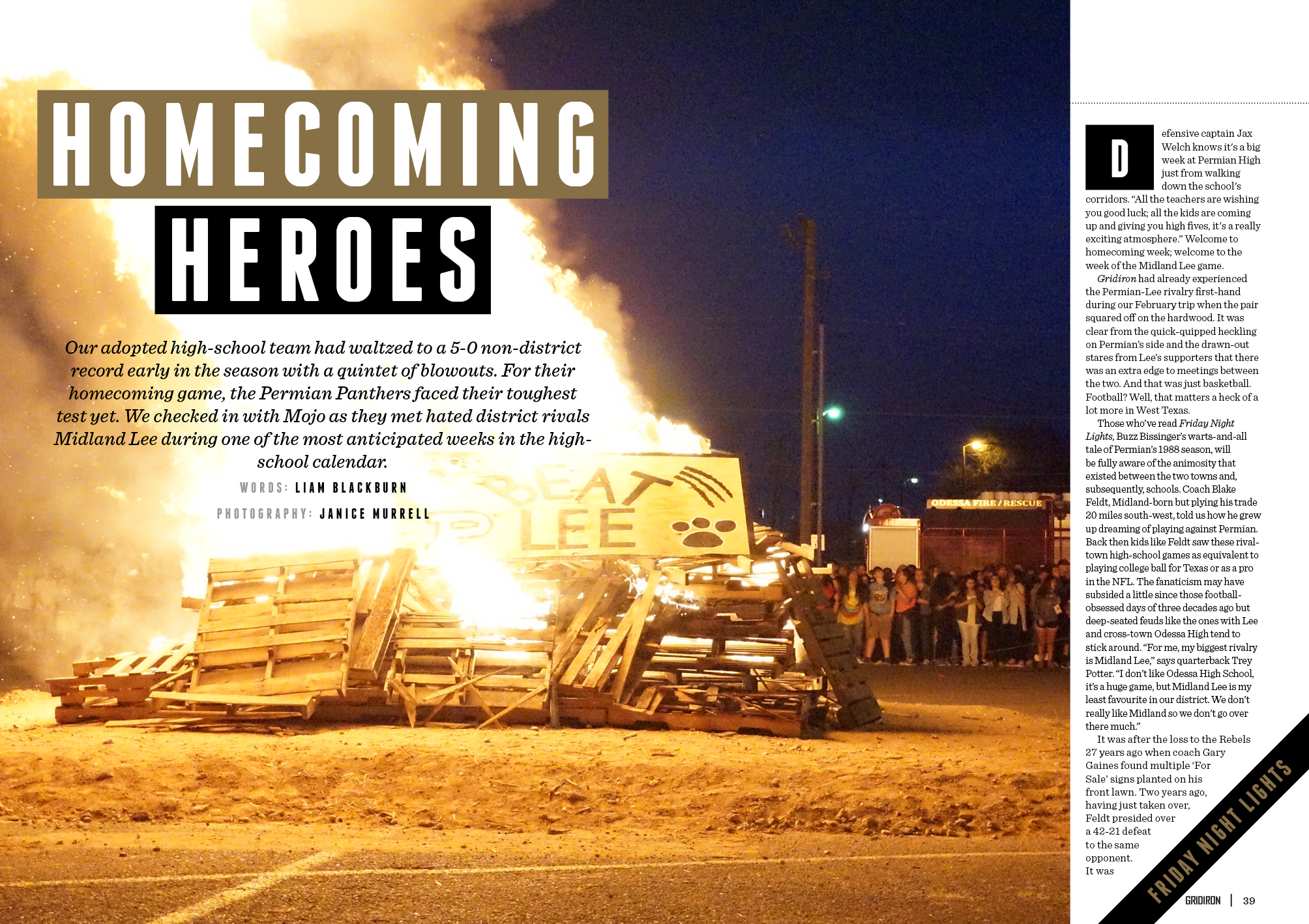 Fournette was born in New Orleans in 1995, 10 years before Hurricane Katrina would rip through the city and the 7th Ward where he was raised. He took up football early and then quit aged seven because he hated running laps before every practice. – Ian Parker has the lowdown on the LSU superstar dominating college football.

“There are a lot of naysayers and conventional thinkers about the game who say we can’t win playing our brand of football. So it’s kind of cool to win and prove those people wrong!” – Pulaski Academy head coach Kevin Kelley is winning his way – and loving it! 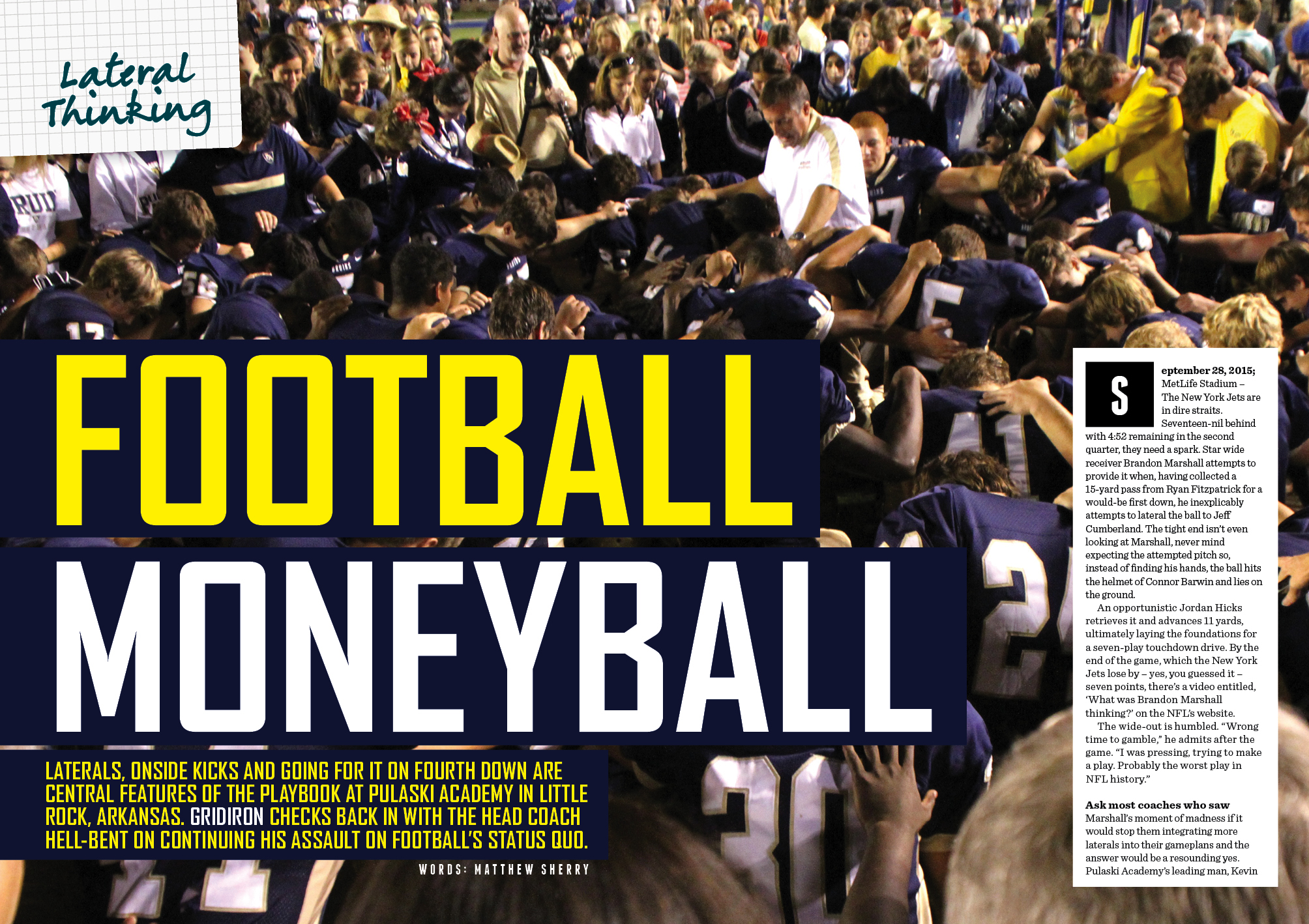 “When you get to pro football, it’s huge because you’re on a national and now an international stage so, if you’re a coach in the NFL and you have a system you believe in and it doesn’t work, you’re not just being criticised by your fans, you’re being criticised by all NFL fans. It’s one of the things that make coaching, and the game, such a unique deal.” – Jeff on the challenge of coaching in the public eye.

I have hammered home the idea that good coaching is not asking your players to do what they can’t do. Former Bill Belichick aide Scott Pioli, now in Atlanta, has a sign that says ‘my job is not to assemble talent, my job is to build a football team’. – Iron Mike Carlson knows why so many coaches fail in the NFL.

“I don’t think anybody quite can anticipate having four interceptions in a game. You always wish for one; pray for two; three is an amazing day; four is unreal.” – DeAngelo Hall remembers the most incredible afternoon of his NFL career. 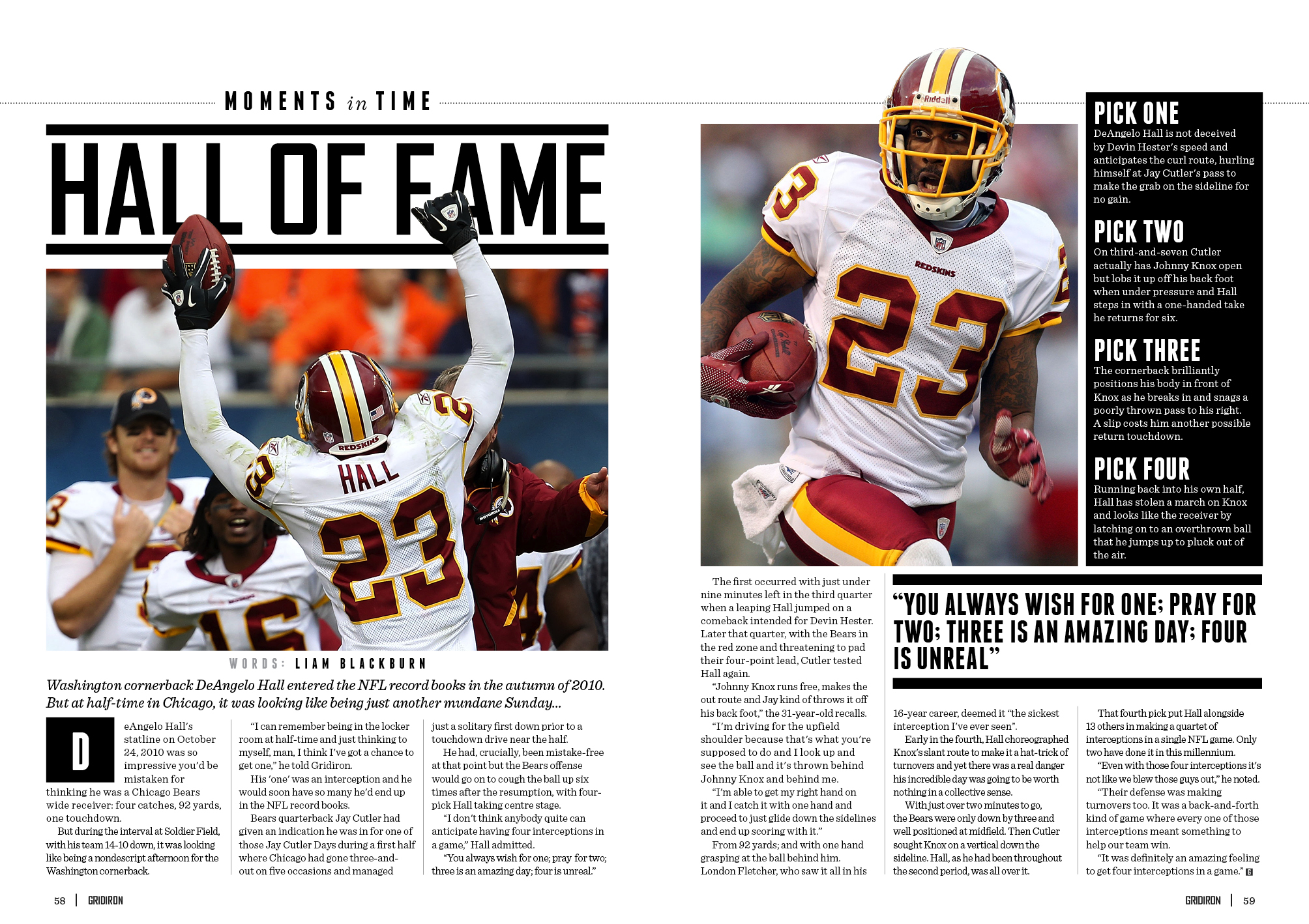