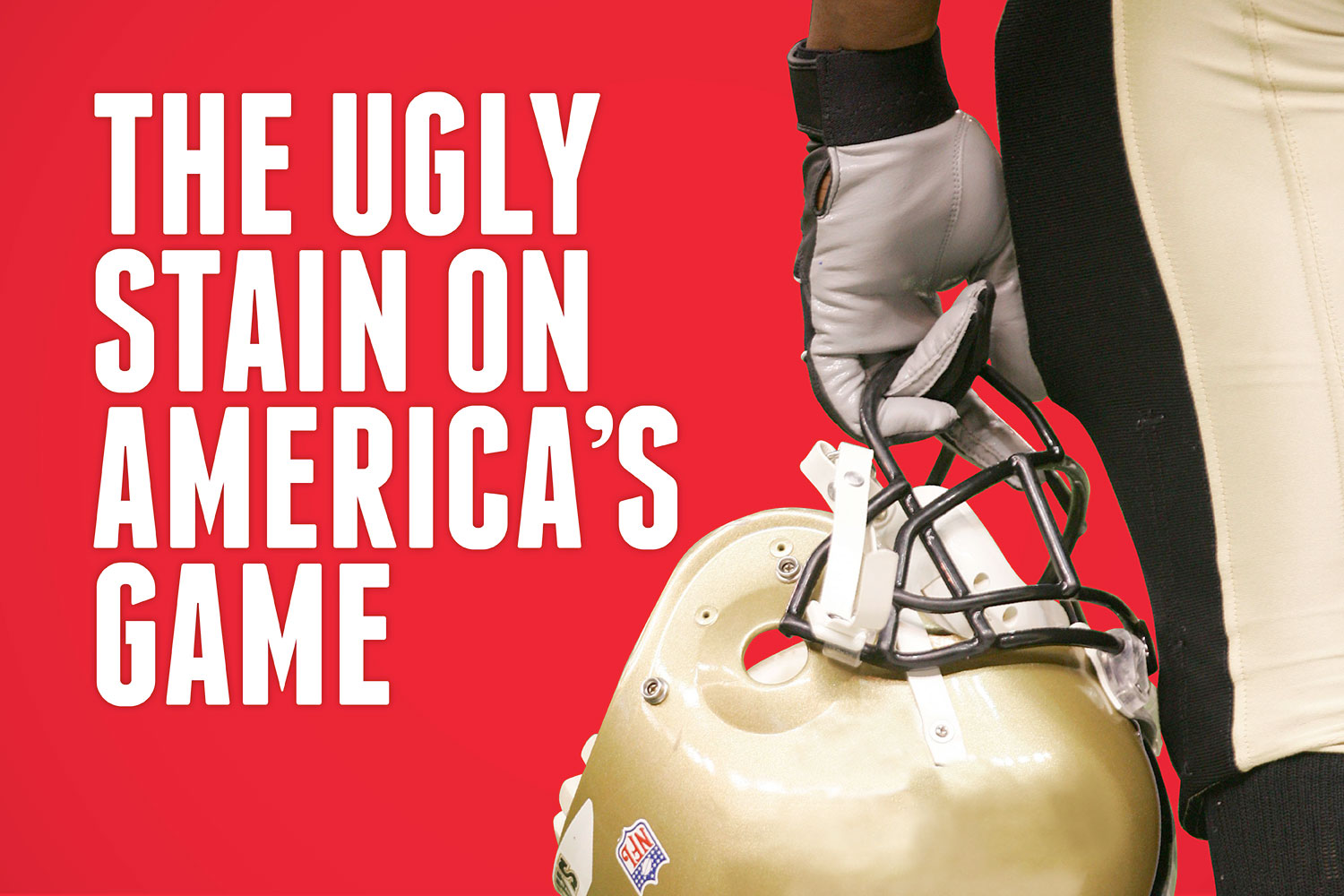 Even in the midst of another fascinating season, the spectre of concussions continues to loom over the NFL. We’re just a month away from a significant moment in the growing story of this inflammatory issue as it reaches popular culture with the release of the movie Concussion, starring Will Smith. But just how did we get to the point where a previous afterthought became so pertinent it caught the eyes of Hollywood? Fear not, Gridiron brings you all the answers and much more in our fascinating investigation, featuring interviews with the biggest protagonists – including Dr. Bennet Omalu, who Smith is playing.

While that superb piece of journalism is worth the cover price alone, there is much more to this issue. We’ve put cornerbacks under the microscope like never before and spoken exclusively to two of the biggest emerging stars in the game, New Orleans’ Delvin Breaux and the Carolina Panthers’ Josh Norman. Their remarkable backstories provide the perfect insight into the inexact science that is progression to the NFL, with the former cheating death and the latter rising from obscurity.

We also continue to take readers deep inside the game, beyond just the NFL. College guru Ian Parker delivers a fascinating piece on the ailing University of Miami, plus Liam Blackburn checks in on our Permian Panthers’ progress as the post-season approaches. It’s an unmissable 64-page bundle of joy!

To make sure you don’t miss a single snap, order your Gridiron Subscription here today.

That Dallas weren’t able to pick up a couple of wins without Tony Romo falls squarely on the shoulders of Jerry Jones and Jason Garrett. – Editor Matthew Sherry delivers some home truths to the Dallas Cowboys.

There are not enough good offensive linemen to go around. It seems as if the better athletes gravitate to the defensive side of the ball. – Neil Reynolds is unimpressed by the state of O-line play around the NFL.

“There were times he would or I would, use a mail-order taser that would paralyse him for 20 minutes to take the pain away. It’s a horrible memory, but it gave him peace for that 20 minutes.” – Garrett Webster reveals the graphic details of the life his father Mike endured in his latter years. 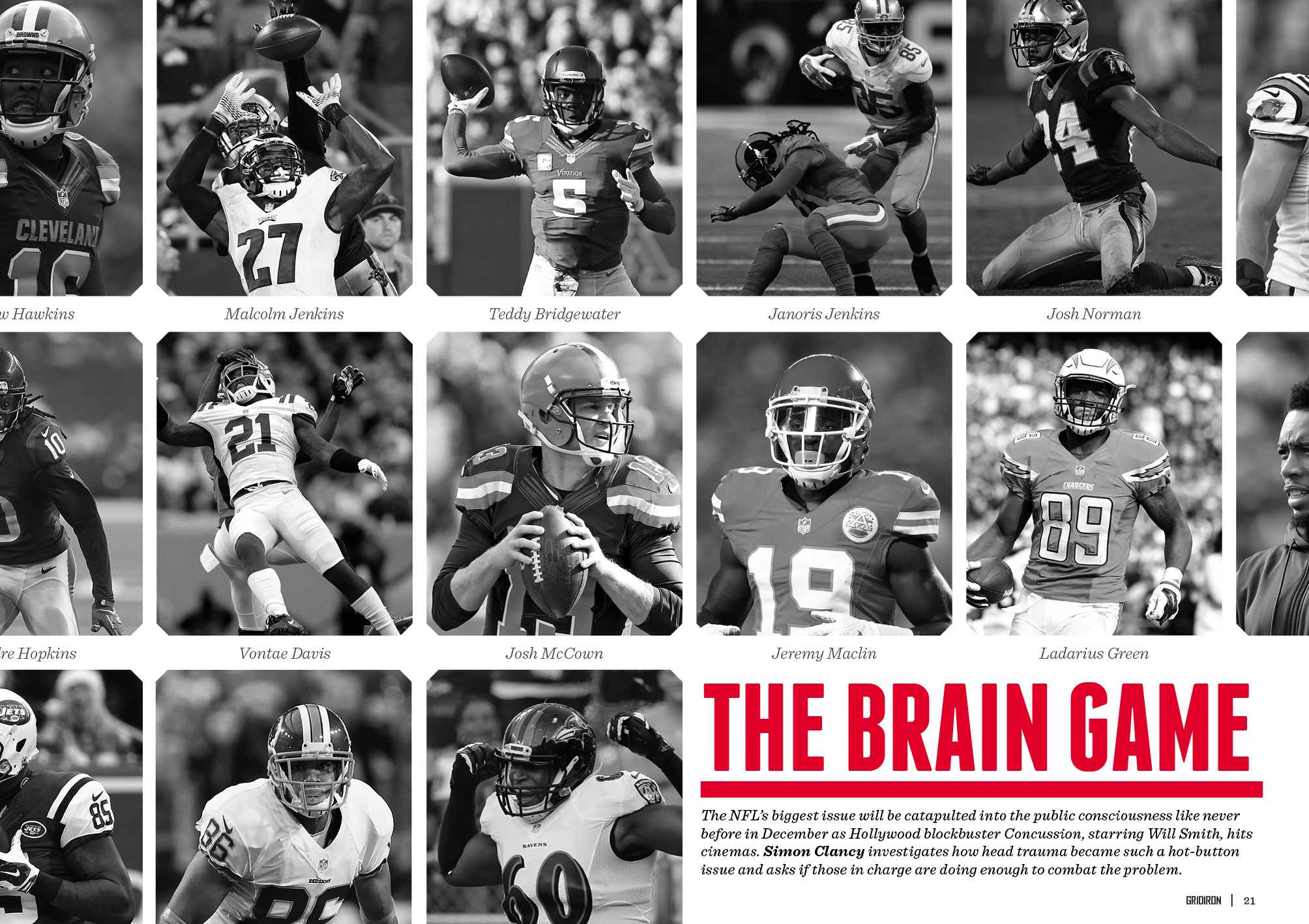 “We certainly have never felt that the NFL was non-transparent because the injury data has always been shared with the NFLPA which goes to the players.” – Dr. John York, chair of the NFL’s Health & Safety Committee, defends the league’s actions in the early years of the concussions debate.

“As soon as I get that ball I make them pay for what they did. I get in the end zone, ride my horse and it’s pretty darn fun.” – The league’s biggest success story Josh Norman discusses his horse, Delta, and how its inspired a memorable celebration. 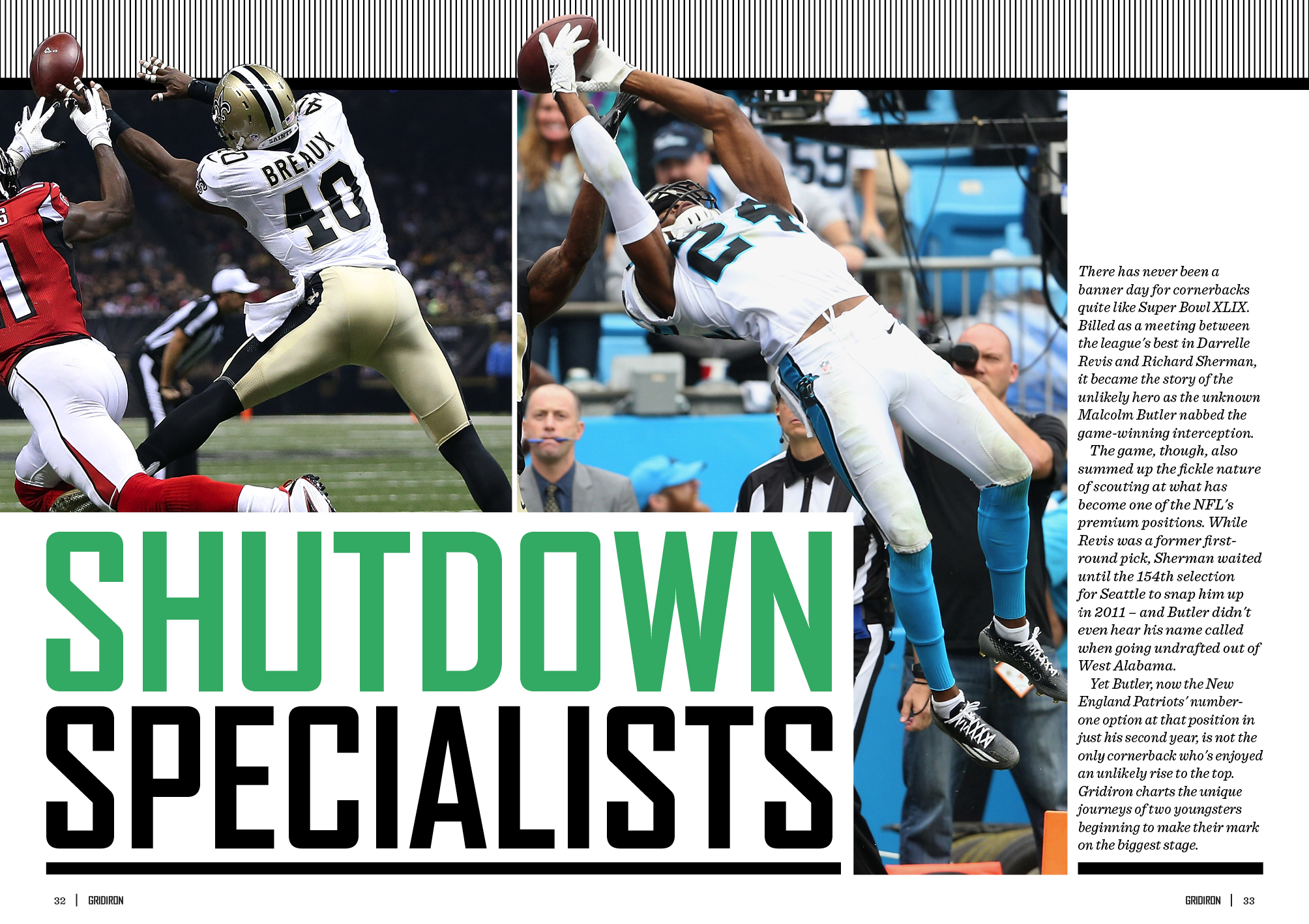 I think the net needs to be cast wider. You’re talking about needing an athlete who, physically, has the most difficult job in the NFL. – Jeff Reinebold believes teams must do more in their search for elite, shutdown cornerbacks.

“My next dream is to win the Super Bowl. No question.” – Having cheated death and reached the NFL in unconventional fashion, Delvin Breaux has set his sights on another lofty achievement. 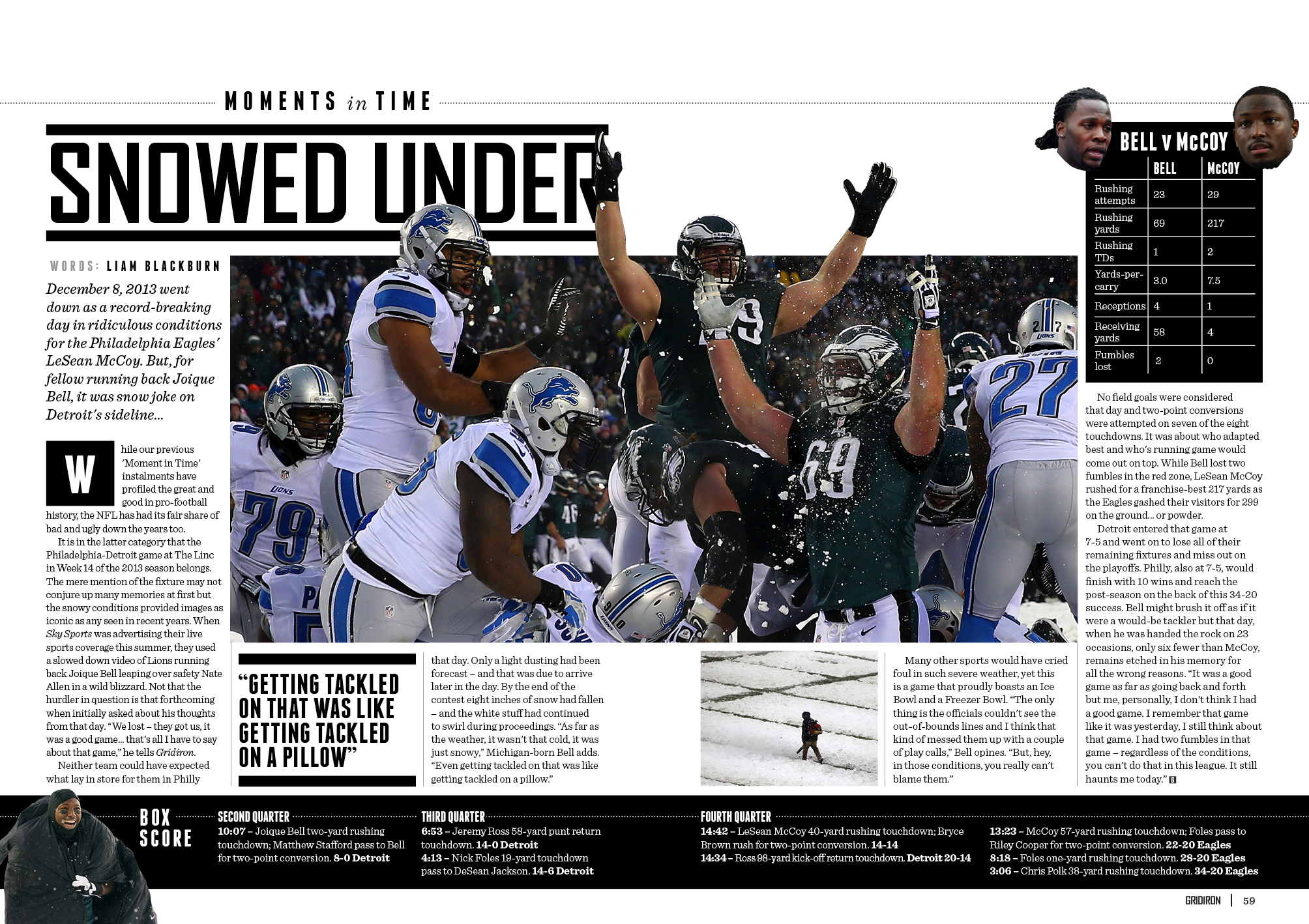 The controversy will not end until the league reverts to the simpler solution, and I don’t say this just because I am an old curmudgeon who remembers simpler times. – Iron Mike Carlson has a bee in his bonnet as the NFL continues to confuse everybody with the catch rule.

“It’s so frustrating to me right now to watch this team play. They don’t play with any heart, any emotion. It drives me nuts.” – Former Miami Hurricane and College Football Hall of Famer Bennie Blades doesn’t hold back when discussing the U’s current crop. 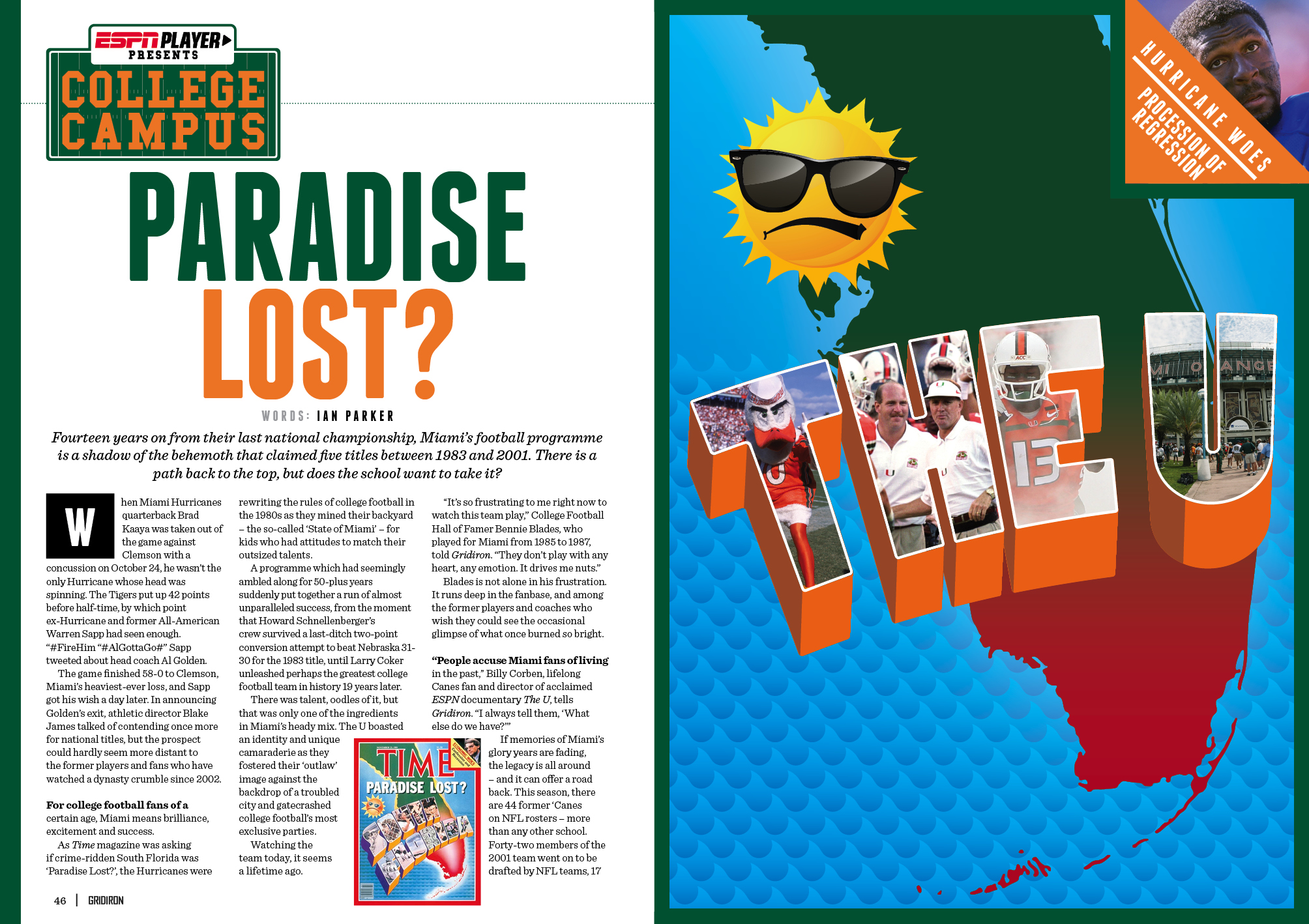