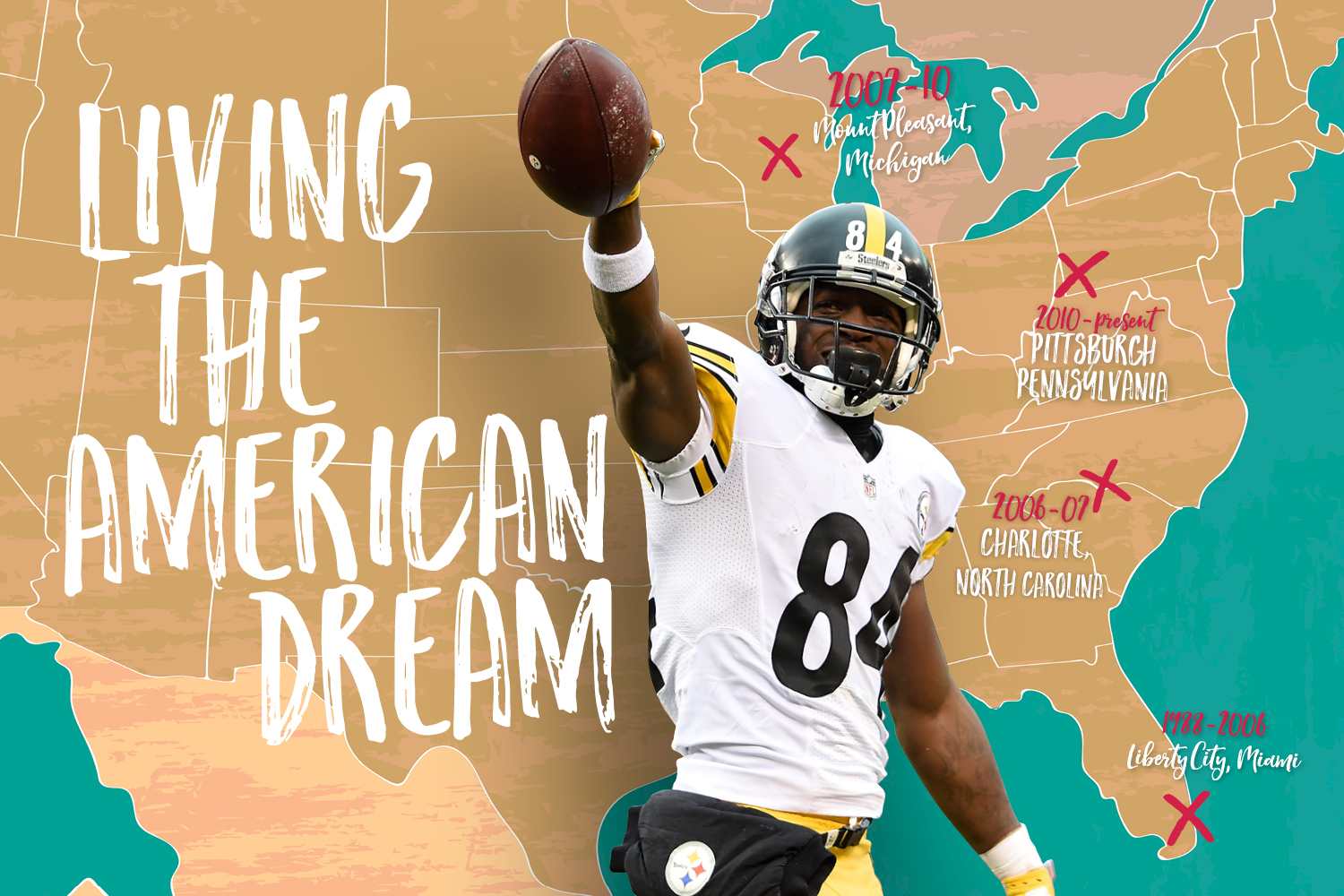 Another four weeks into the 2016 NFL season and things are slowly beginning to take shape with regard to the post-season but, before we get into that, the latest issue of Gridiron brings you another #embracedebate edition…

After initiating discussion about Movers & Shakers and Cool Dudes in previous issues, this time around we home in on the wideout spot, bringing you our list of the 20 best receivers in the game today. We expect your favourite is in there somewhere, but where exactly do they rank?

Issue XXVI is about more than just pass-catchers, however, with the usual dose of news, views and columns, from a lead-off piece on the next President of the United States and his influence on the face of football to an in-depth look at one of the biggest college rivalries of all time.

As usual, it’s easy to get your hands on this tightly-packed edition of Gridiron. To have the latest from NFL 2016 delivered to your door, order here, or make sure you don’t miss a single snap this season by purchasing your subscription today.

To tide you over, though, here is a little taster of what’s in the latest edition… 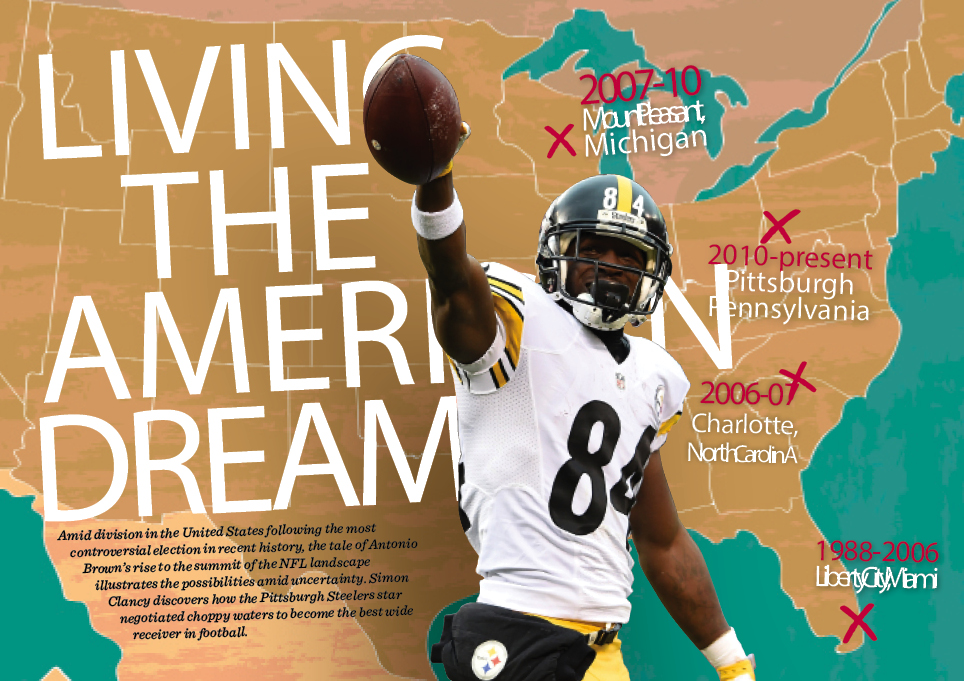 Our focus on wide receivers extends far beyond merely listing our top 20 players, with features on some of the biggest (and smallest) exponents of the position, and technical evaluation of what makes a good target man from both coach Jeff Reinebold and regular columnist Mike Carlson, the latter going all Dr. Frankenstein on us as he pieces together his perfect player. 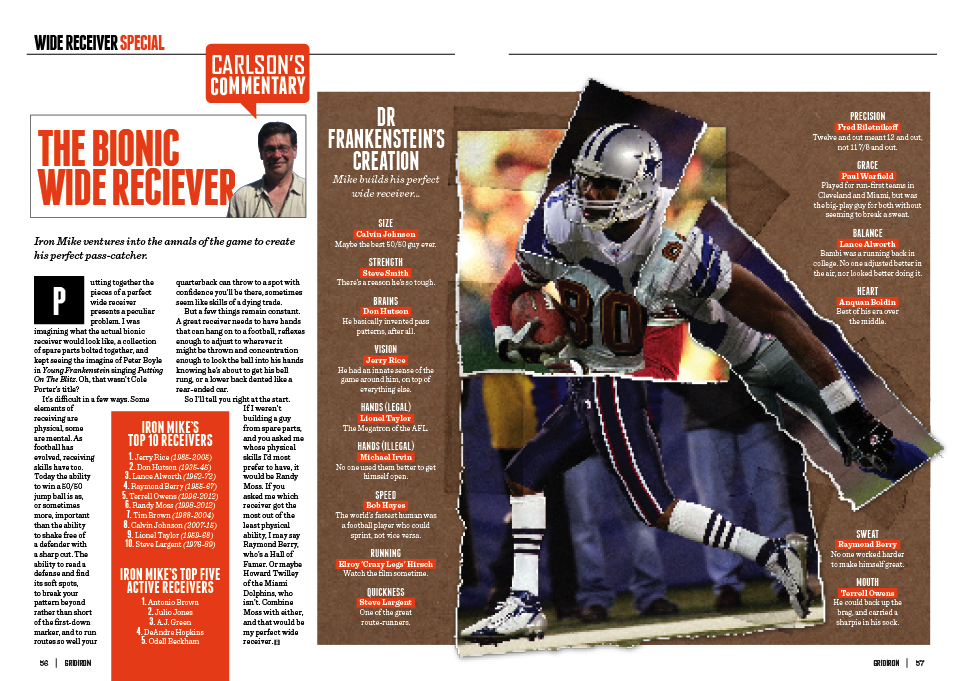 Issue XXVI opens up with a look at how one Donald Trump – yes, the very same next POTUS – attempted to take the football fight to the NFL after failing to land himself a franchise. Exhibiting the same single-minded ‘ambition’ that underlined his election campaign, there was bound to be collateral damage. 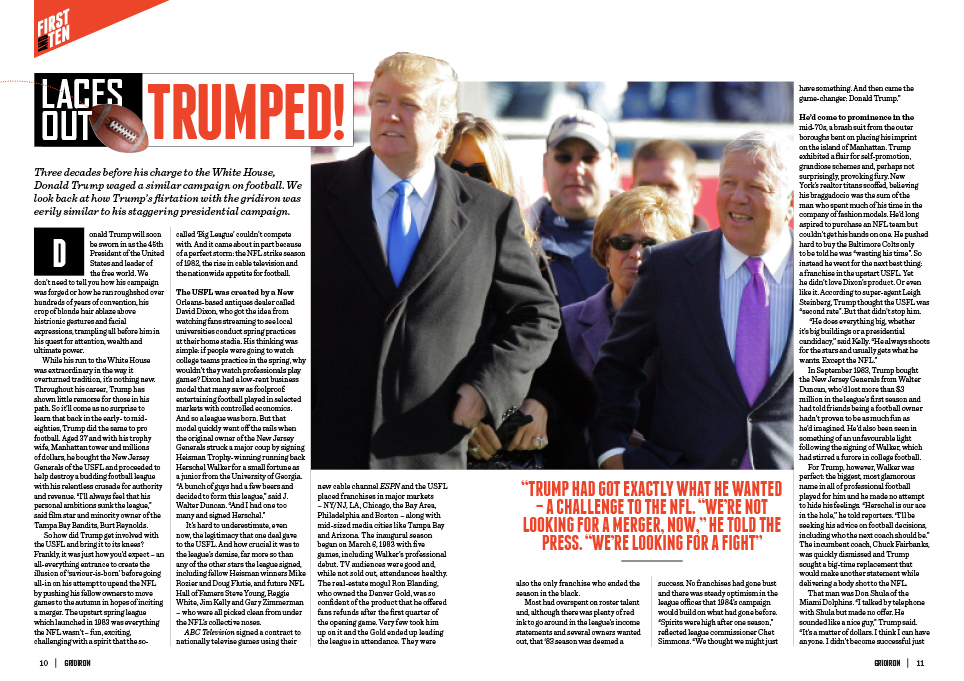 The college football scene is also heating up nicely, with the Playoff Selection Committee having given us a few iterations of its ‘Final Four’. With reality showing a tendency to upset the formbook, however, our look at one of the fiercest rivalries in the college game may just take on added importance as the magazine drops through letterboxes! 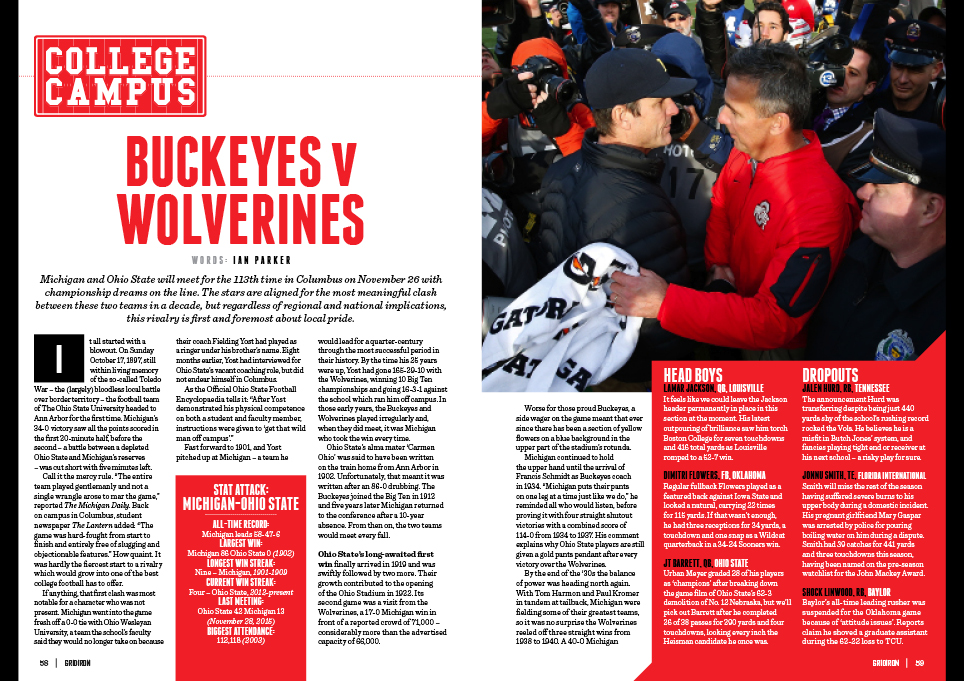 Finally, deciding that ten weeks is enough to base key decisions on, the Gridiron Show podcast brings us its Midseason Awards to reward those who made a mark – positive and negative – over the first half of the year. 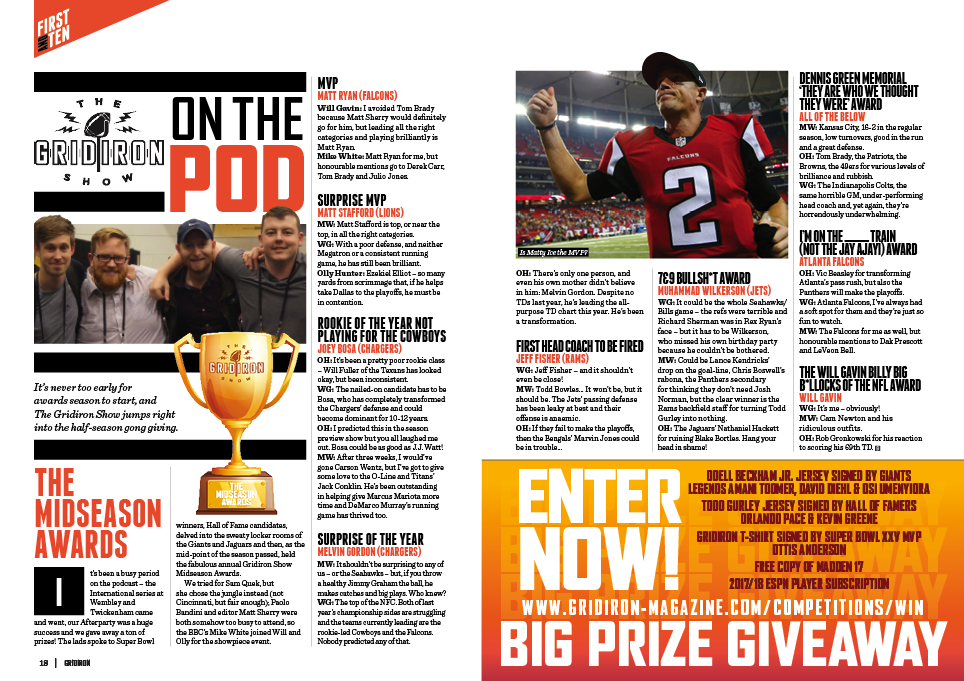 If that has whetted your appetite for Issue XXVI, you know what to do…