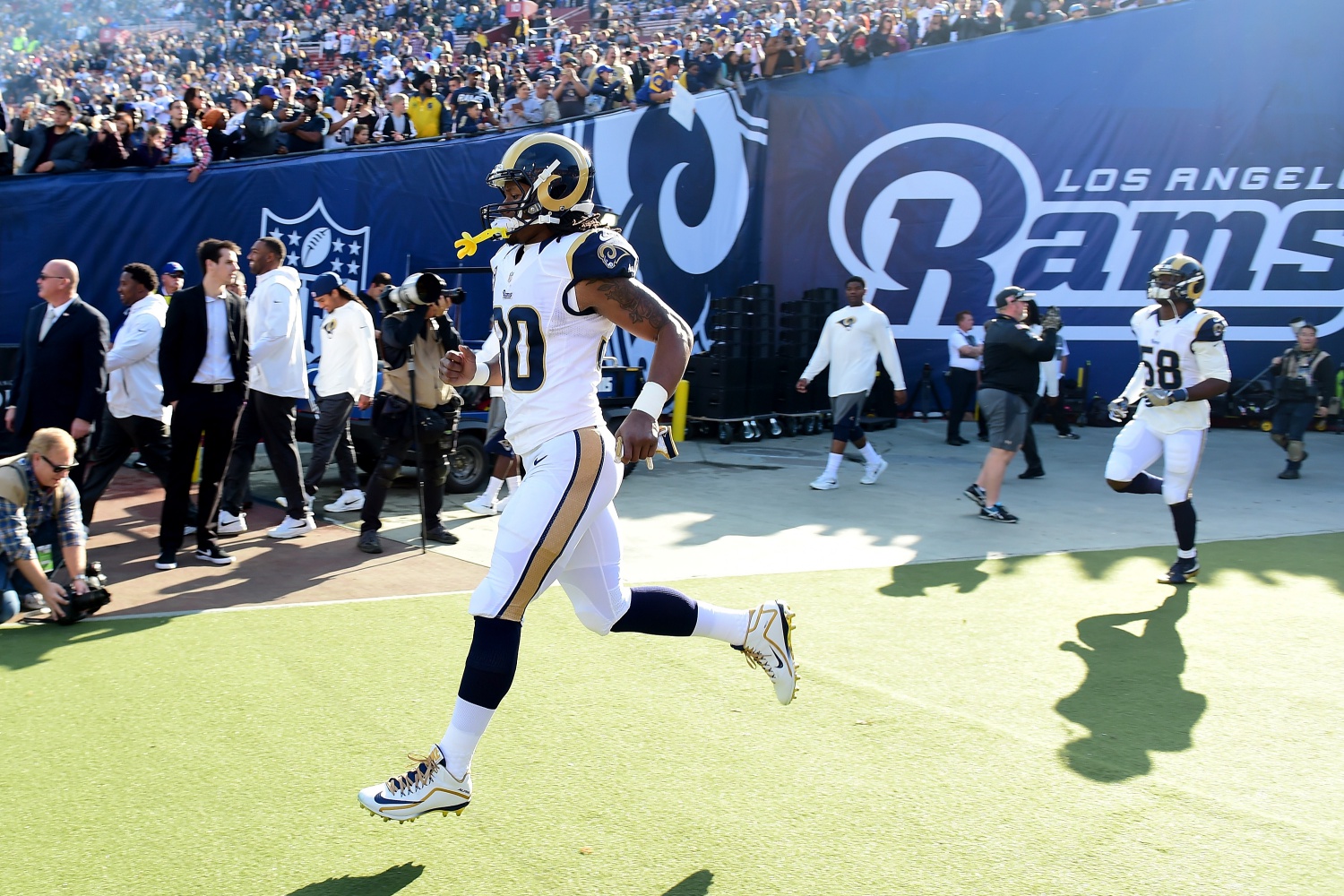 The Rams marked their long-awaited return to Los Angeles with just four wins and Gurley couldn’t get on track, rushing for just 885 yards (3.2 average) and six touchdowns one season after racking up 1,106 yards (4.8 average) on the ground with 10 rushing scores.

The third-year rusher told The Reynolds Report: “Last year was not what we wanted but that’s the NFL – not every team can go to the playoffs. It was our first year in LA and things didn’t go as well as we hoped but we have to bounce back from that. The past is the past – we have to create a new future.”

That new future will be led by the youngest head coach in NFL history in 31-year-old Sean McVay, who has plans to make Gurley a feature of the Rams’ attack once more.

Admitting such plans are music to a running back’s ears, Gurley said: “I have to show him I can take the load. I love his energy and his offensive scheme. Sean McVay is getting us better.”

Also likely to play a role in any Rams’ turnaround are the offseason veteran offensive line additions of tackle Andrew Whitworth and centre John Sullivan.

Gurley concluded: “Big Whit has been doing a great job and Sully really helps me and Jared Goff out in terms of protections. I’m definitely excited – our offensive linemen have been working their tails off and they are doing a great job.”

The Rams open their regular season by hosting the Indianapolis Colts in LA on Sunday, September 10.