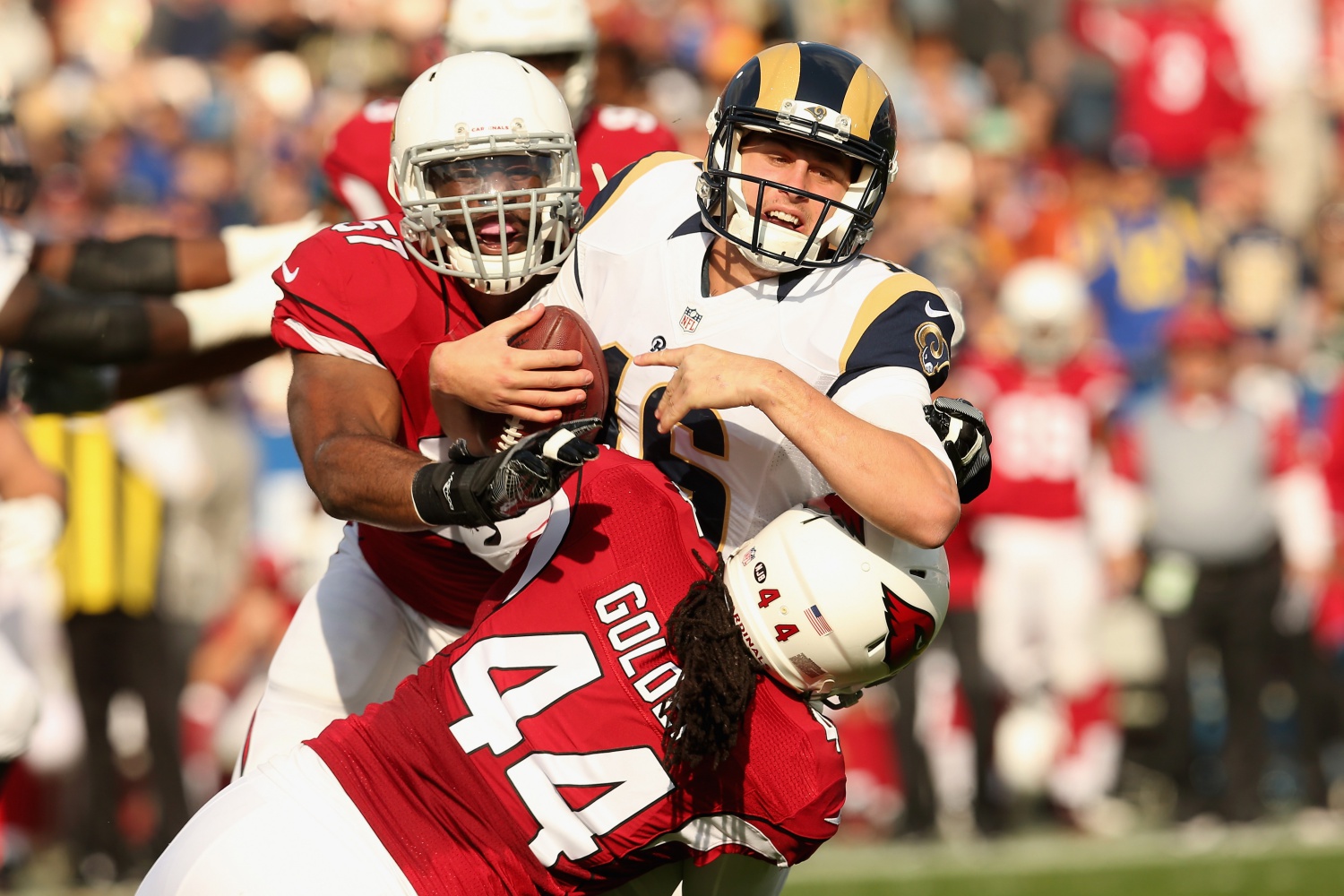 The Los Angeles Rams are expecting to see a more confident and prepared Jared Goff when the 2017 campaign kicks off, according to veteran punter and team leader Johnny Hekker.

Goff started the final seven games of his rookie season in 2016 but failed to win a single one, throwing just five touchdowns against seven interceptions and posting a quarterback rating of 63.6. It was a rough start for the first overall pick in the 2016 NFL Draft.

Despite Goff being in the spotlight from the moment he entered the NFL, Hekker felt the rookie handled himself well, telling The Reynolds Report: “I think Jared did a good job of making sure football came first.

“He never complained and was just ready to be the next man up. So when it was his time to shine he got in there and had a tough go of things – of course, teams are going to pressure a young quarterback, a guy that’s really been thrown into the fire.

“But he’s grown a lot and he’s worked very hard this offseason to be more physically and mentally prepared. The confidence levels about him are much higher than when he first came in.

“Your world sort of spins when you get into the NFL and you don’t know what to expect. He seems much more prepared coming into this season and just looking much sharper, so I’m excited to see what he has for us this season.”