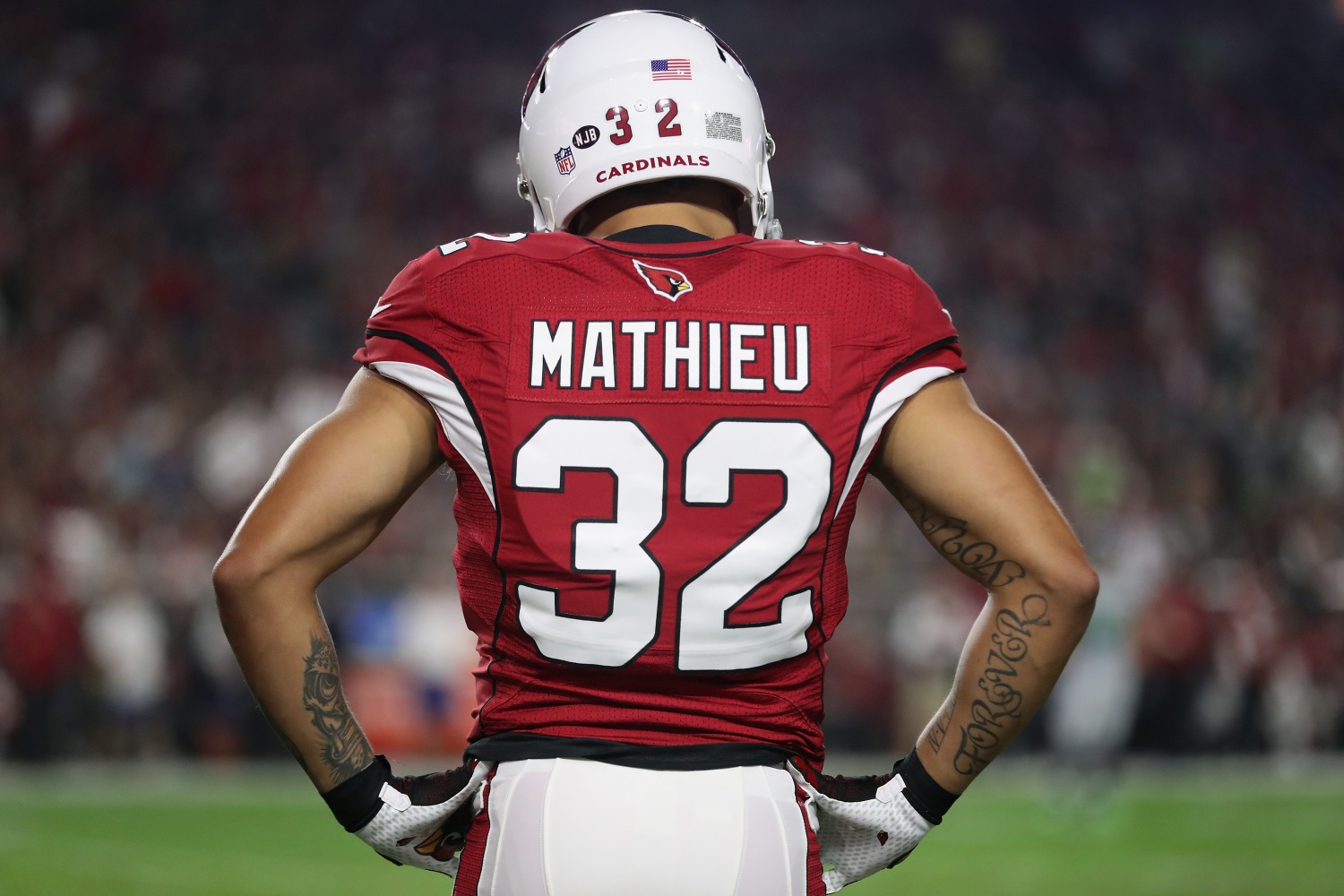 Two-time NFL Coach of the Year Arians, 64, coached the final month of the 2016 campaign while battling a small spot of cancer found on his kidney known as renal cell carcinoma.

After surgeons removed the cancerous area and a portion of Arians’ kidney, he has been declared cancer-free.

Mathieu told The Reynolds Report: “Coach Arians and I actually had that conversation towards the end of last season so I’ve known about that for a while now.

“You hate to see a guy like that go through something like cancer. He is such a good guy and somebody who does so much for us because he is so selfless.

“He is not somebody who is hard to play for – he is genuine and honest and real. Naturally, you want to go out there and give it your all for a guy like that.

“What happened with him and the cancer is going to add extra fuel to the fire and will put a chip on our shoulder to go out there and play even harder for him.”