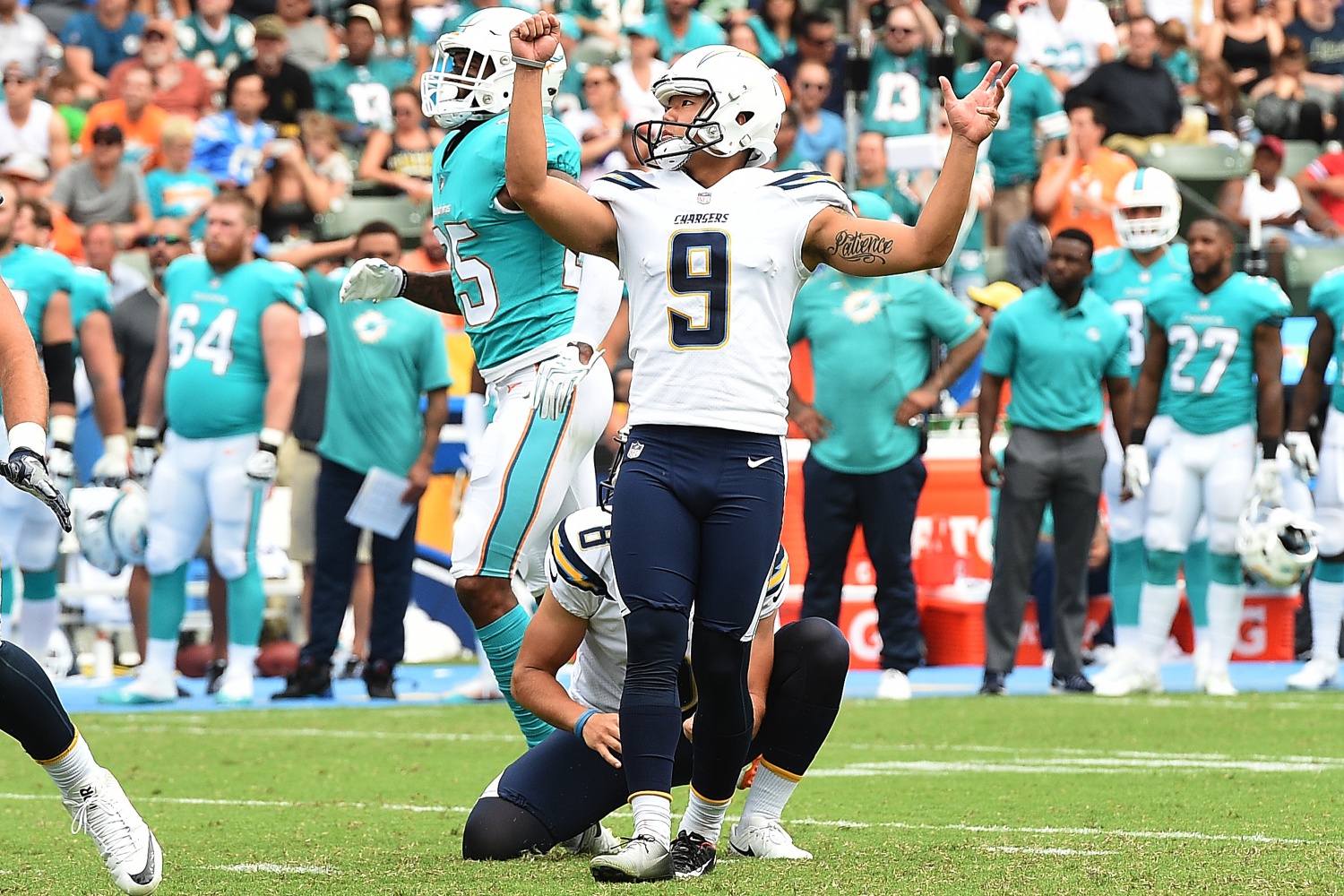 The positions may change from week to week, but the hot seat remains uncomfortable for those on this list. And this week, after his kicking failures in Los Angeles last weekend, we have a new resident at number one.

If Koo – the internet kicking, back-flipping sensation from South Korea, could kick high and straight, the Los Angeles Chargers would be 2-0 on the season. Of course, if my auntie had certain body parts she would be my uncle. Things are never that simple and Koo’s days in the NFL are numbered.

Lewis has seen his team lose two home games without scoring an offensive touchdown and he has fired his offensive coordinator, Ken Zampese. Normally, a coach exhausts every option of firing his coordinators before the attention turns on him. Lewis may have bought some time, but not much.

Dalton is definitely on his last legs with the Bengals and the club likes A.J. McCarron a lot. Through two miserable losses at home, he has completed just 54 per cent of his passes with no touchdowns, four picks and a rating of 47.2. Next up? A duel in Green Bay with Aaron Rodgers!

The Colts dropped a tough one at home to the Arizona Cardinals in overtime. But where this one really hurts the Colts is in the fact that Indy were ahead comfortably and blew it. Add in the fact that there seems to be little hope of a turnaround any time soon (Andrew Luck is out again this coming week) and Pagano’s seat is warming.

He eventually produced a strong second-half showing to beat Indy, but Palmer is testing the patience of his head coach. After he tossed three interceptions in Week 1, Palmer was on shaky ground. He played poorly to begin with in Indy and when Bruce Arians was asked what was up with his team at half-time, he replied to a sideline reporter: “The quarterback.” Ouch!