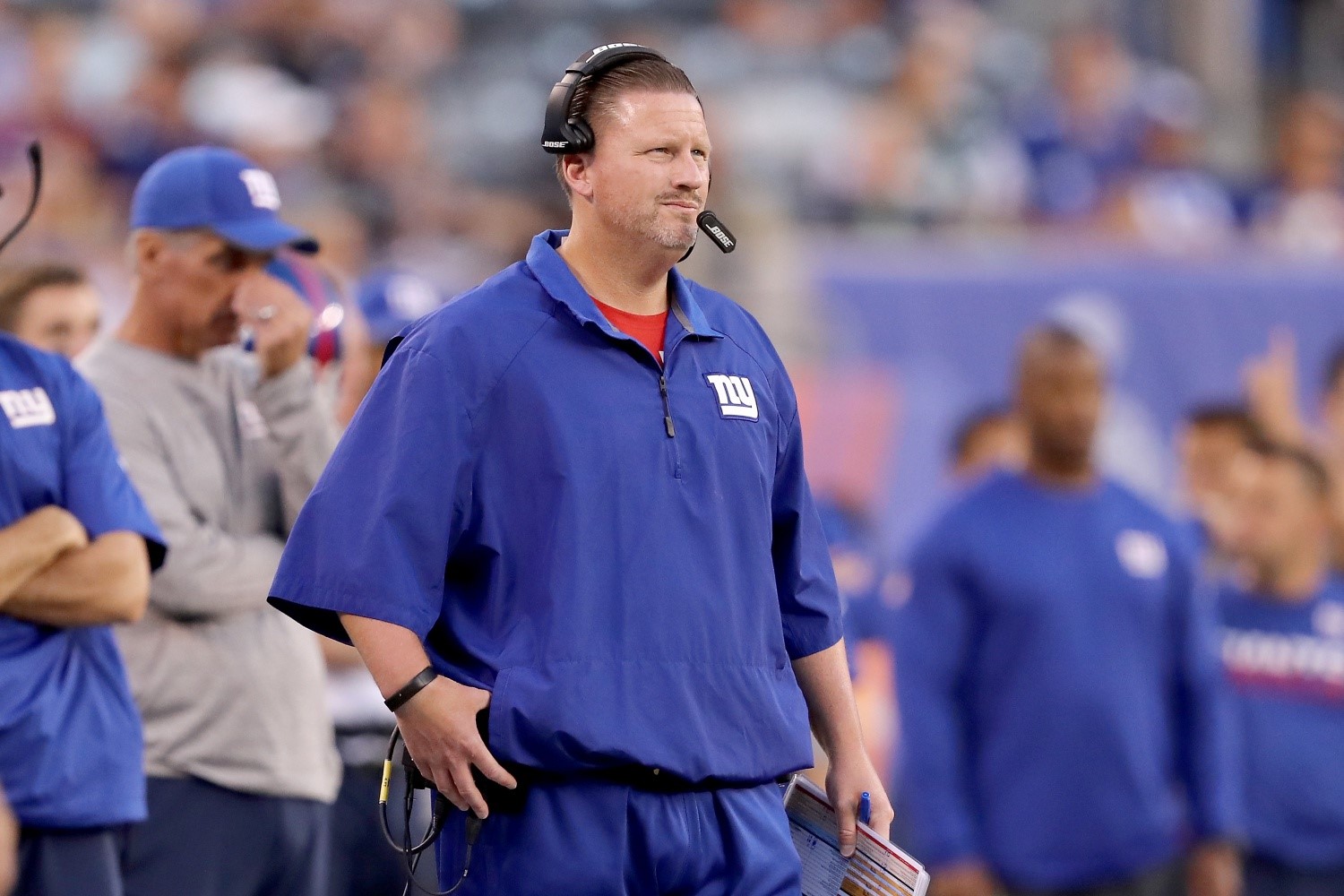 The positions may change from week to week, but the hot seat remains uncomfortable for those on this list. And this week, after his team dropped a third game in a row, we have a new occupant at number one.

The Giants cannot seem to buy a win at the moment. After two and a half games of offensive futility, they finally started finding the end zone against Philadelphia – only to have a meltdown on the other side of the ball before conceding a game-winning 61-yard kick as time expired.

Fortunately, Cooper’s Bears won their game against the Steelers. But he will long be remembered for loafing his way towards the end zone before being caught from behind when he should have been celebrating an easy score

The Bengals were better in Week 3… but they still lost at Green Bay and are now 0-3 on the season. It is shaping up to be a lost campaign for Cincinnati and that should wipe out Lewis’ chances of a 2018 return because he already entered this year on a hot seat and it is not cooling.

The Chargers are so ingrained in losing that it is creeping into the game of their one ever-reliable in Philip Rivers, who threw three interceptions in a home loss to KC. The Chargers have now lost eight regular-season games in a row dating back to 2016 and Lynn is a worrying 0-3 in 2017.

The only reason Flacco doesn’t rank higher on this list is because his backup goes by the name of Ryan Mallett. But Joe doesn’t look good right now after missing the entire preseason on the bench with a back injury. He endured a career-worst game at Wembley last weekend.