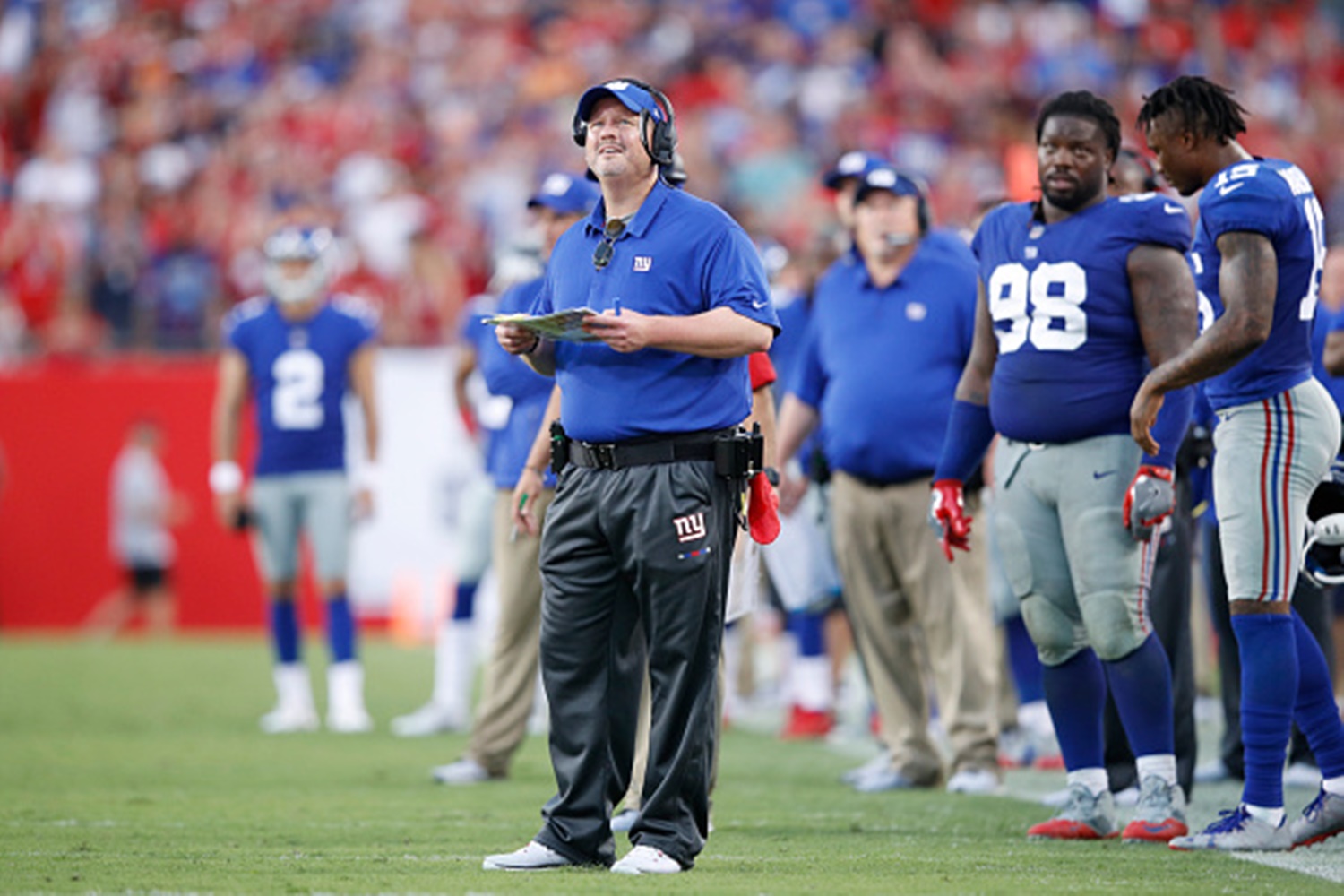 The positions may change from week to week, but the hot seat remains uncomfortable for those on this list. For the second week in a row, New York Giants head coach Ben McAdoo cements his place at the top of the rankings.

For the second week in a row, the Giants found a way to lose a close one – which at least means they are keeping games close now. But Ben McAdoo continues to mis-manage the clock and other big situations and I cannot see him leading this team in 2018.

What a miserable time to be a Charger. The fans in Los Angeles don’t want the team, opposing touchdowns get cheered more than your own and you keep finding ways to lose close games. Good teams find ways to win close games and that makes us wonder about Anthony Lynn.

Regression seems too soft a word when it comes to describing the loss of form being suffered by Joe Flacco. Sure, his line is like Swiss cheese and his receivers are inconsistent at best, but he is also way off on some of his passes time and again. Ryan Mallett time? Surely not!

Miami have scored six points over the past two weeks (a garbage time TD at New York on the final play of the game) and Jay Cutler cannot get anything going. His first quarter interception in the end zone against New Orleans at Wembley was a shocker. Time for Matt Moore?

The Browns were supposed to be better and more competitive in 2017 but here they sit at 0-4 a month into the new season. Hue Jackson has now won just one of his past 25 games as an NFL head coach. The Browns will be patient, but they surely have to start winning at some point.