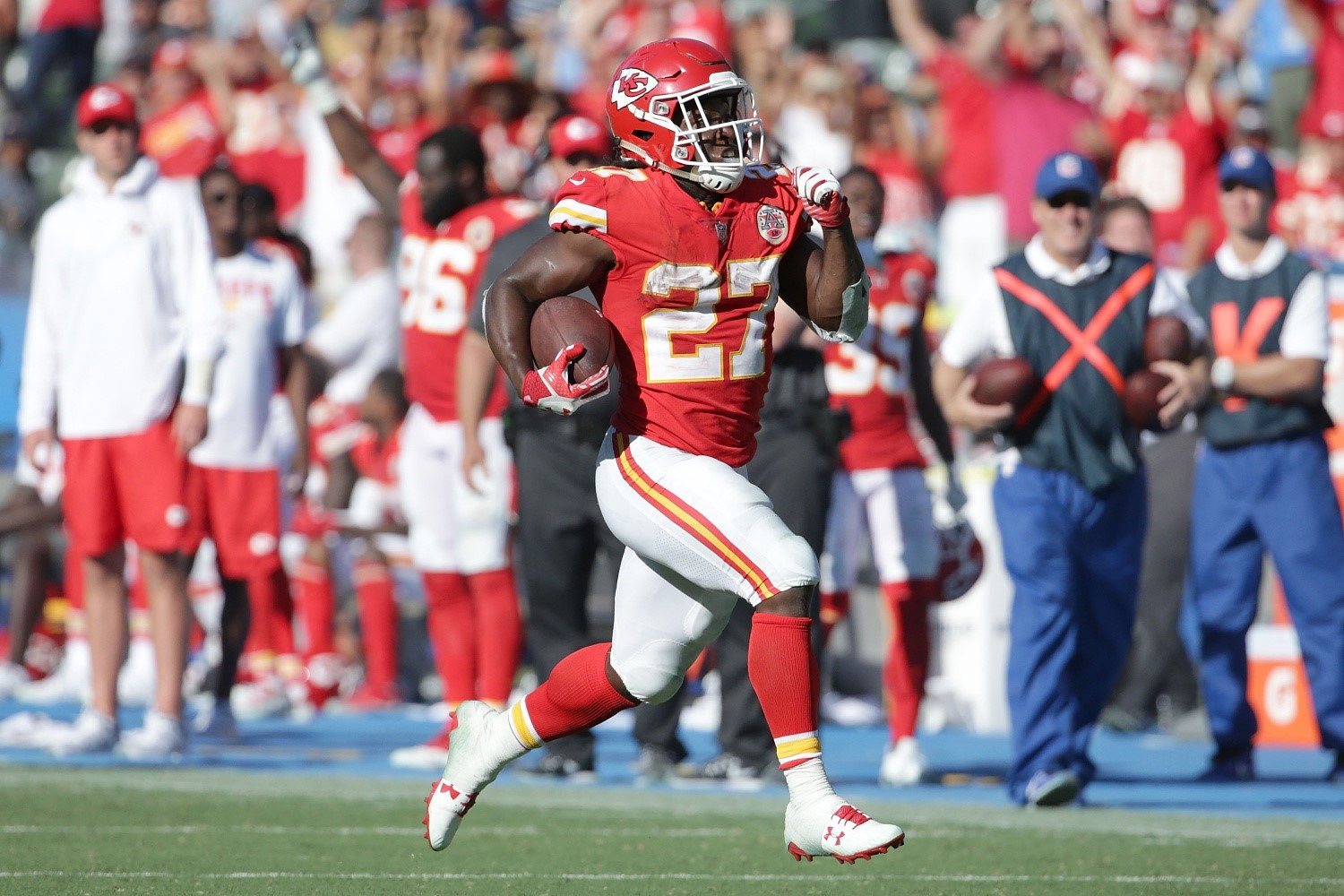 Each week through the 2017 season I will give you my leading candidates for the NFL Most Valuable Player prize. After three rounds of games, my top five sees two players from other positions break up the quarterback party.

The rookie who is taking the NFL by storm will be tough to knock from top spot if he continues his current form. Hunt has scored six touchdowns in three games and has 538 yards from scrimmage (second-most in NFL history to begin a career).

That shaky Week 1 performance is forgotten and Brady is entering the quarter-season mark in red-hot form with eight touchdowns and no picks in his last two games. Those wins over New Orleans and Houston have seen Brady compile a passer rating of 146.5. Not too shabby!

Smith leads the NFL with a completion percentage of 77.4 and a passer rating of 132.7. In other words, he is well on his way to a career year and would garner votes for the MVP based on the fact he has his Chiefs out in front and undefeated in the NFL standings.

With an ever-lengthening injury list, the Packers would be in a world of hurt but for the outstanding grit, determination and skill of Rodgers. A-Rod is coming alive in the second half of games and keeping his team in the mix. He remains an elite QB in the NFL.

I could go another QB here or even Stefon Diggs at WR for the Vikings, but let’s show the defense some love. Dallas’ DeMarcus Lawrence leads the NFL with six and a half sacks but few can match the down-to-down dominance of Campbell, who has four and a half QB takedowns on the year.