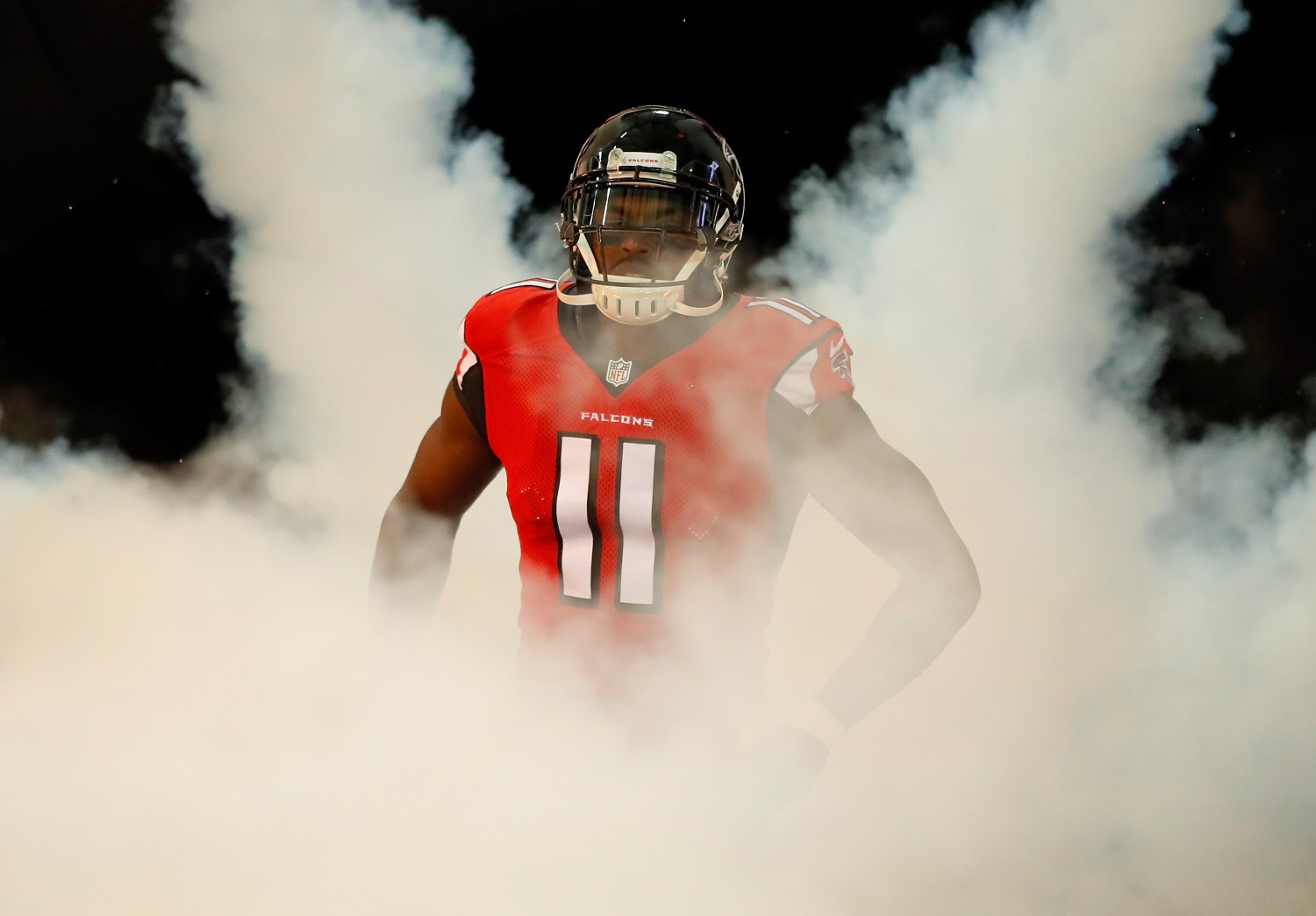 Betway’s NFL expert Jack Green has plucked another four-game boost to help get the most from the Week 12 football slate.

The Falcons are comfortably the NFL’s best offensive team. For all the talk about the juggernaut Cowboys and AFC powerhouse Patriots, Atlanta’s 6.7 yards per play, 32 points per game and 36 total touchdowns are all league-leading marks. Yes, they slipped to a defeat against the supposedly underdog Eagles last weekend – as they did against the Chargers and Bucs earlier in the year – but the Falcons should bounce back against the Cardinals in Sunday’s opening slate. The Cards, a Super Bowl pick for many this year, have failed to live up to their billing as a playoff team. Having scored more points per game than all but one team last season, Arizona have suffered a dramatic drop-off offensively and now rank a lowly 18th in that category. Quarterback Carson Palmer was in the MVP race in 2015 but has struggled this year, throwing 10 interceptions against just 13 touchdowns, with the Cardinals relying heavily on the running game of David Johnson. Given that Matt Ryan has recorded 24 touchdowns and has only been picked off five times this season, Palmer will likely come out on the losing side of any passing duel this weekend. No wonder Coach Arians has chest pains…

It might have looked like hard work at times, and there were a few calls that went against their opponents, but the Raiders kept rolling in Monday night’s Mexican stand-off with the Texans, taking their current winning streak to four games. Even the most hardened cynic – or jaded Oakland fan – has to accept that the silver-and-black are a playoff-calibre side, ranking fifth in points per game and sixth in total yards, In addition, they have turned the ball over just seven times – the league’s second-lowest mark. The Raiders have had no problem putting points on the board all season, and that should continue against their opponents on Sunday. The Panthers have won three of their last four, but their opponents in those three victories have combined for just 10 wins and 15 defeats this season. Moreover, Carolina’s supposedly stingy defence has actually allowed more points per game than the Raiders, while only three sides have turned the ball over more offensively. To make matters worse, influential middle linebacker Luke Kuechly is likely to be missing after entering the NFL’s concussion protocol, adding further weight to the Raiders’ status as favourite.

The Texans led Oakland until the fourth quarter in Mexico despite playing in front of a heavily pro-Raiders crowd. Erratic on the road despite that performance, they will benefit from being back in Texas this weekend, having won all five of their games at home this season. Yes, Brock Osweiler remains flaky, and Deandre Hopkins largely anonymous in the anaemic passing game, but Houston’s opponents this weekend have won just one of five away contests so far and have struggled defensively, conceding the NFL’s fifth-most points per game, so there is hope. San Diego’s 22 turnovers are the most of any team this season, and they could struggle to move the ball against a Texans defence that has given up the NFL’s fifth-fewest yards, with former first round pick Jadeveon Clowney finally balling in the absence of JJ Watt. Don’t expect a big night for Chargers quarterback Phillip Rivers, as Houston are yet to allow a 300-yard passing game this season, which could leave centre stage to RBs Melvin Gordon and Lamar Miller.

The Titans have been maddeningly inconsistent this season, but should be good enough to see off the flailing Bears on the road. Chicago have won just two games all season and only one of their last six, and are now without starting quarterback Jay Cutler, who is facing his second injury lay-off this season and potentially the end of his Bears career. With Brian Hoyer also on IR, third string QB Matt Barkley will start, but has only thrown 65 passes in his entire four-year career, with six interceptions and no touchdowns making for a record to disown. The Bears have only scored 10 passing touchdowns all year and are averaging just 15.5 points per game – ranking second-last in the NFL in both categories – and recently lost star wideout Alshon Jeffery to a ban for PED use, further blunting their aerial attack. The Titans, meanwhile, are averaging 31.3 points per game over their last seven contests, and rank third in rushing yards per game with 140.8, as second-year QB Marcus Mariota and veteran running back DeMarco Murray steer an increasingly potent – and entertaining – offense. Expect Chicago to learn the meaning of ‘smashmouth’…