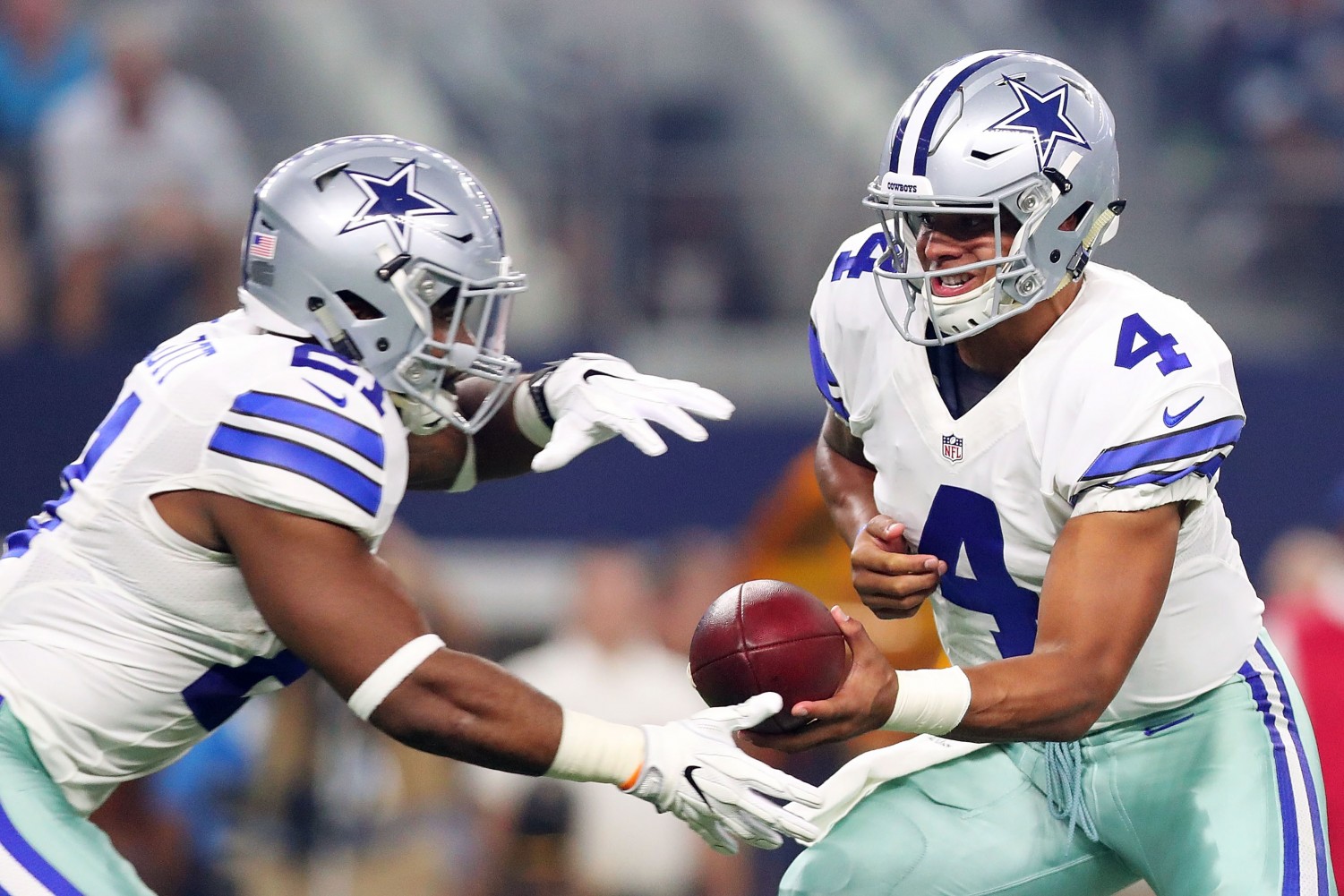 Once again, Betway’s NFL expert Jack Green has selected four bets that should serve you well this weekend.

New England Patriots aside, the Cowboys have perhaps been the NFL’s most complete side this season, and head into Week 9 with just one loss on their card and a comeback win against the Eagles fresh in the memory.
The Cowboys rank seventh in both points scored and points against, despite dealing with injuries to key players, including starting quarterback Tony Romo. Having handed the keys to rookies Dak Prescott and Ezekiel Elliott, however, America’s Team are unbeaten since the first week of the season, and have covered the spread in each of their past six games. The Browns, meanwhile, have lost every one of their eight games this year, with four of those defeats coming by a margin of 11 points or more. With Cleveland currently sitting 25th overall in points scored per game and 30th in points conceded, this game simply should not be close! Such is the apparent difference in class between the two franchises, you can afford to add another couple of points to the handicap.

Despite a low-key start to the season, Kansas City has begun to motor in recent times, with last week’s dominant win over the Indianapolis Colts being their third victory in a row. The Chiefs have now won each of the last four games in which they have been favourites, and have covered the spread in three of those. This week, they face the Jaguars, who are on a two-game losing streak, and, with back-up Nick Foles under center, this should be an ideal match-up for the Chiefs’ deep and powerful rushing attack, which faces a Jacksonville defence that has proven shaky against the run, allowing the sixth-most yards on the ground this season. In addition, Jaguars quarterback Blake Bortles has regressed this year, and his erratic form will likely add to his nine interceptions as he faces a KC squad that leads the NFL in picks through eight weeks. 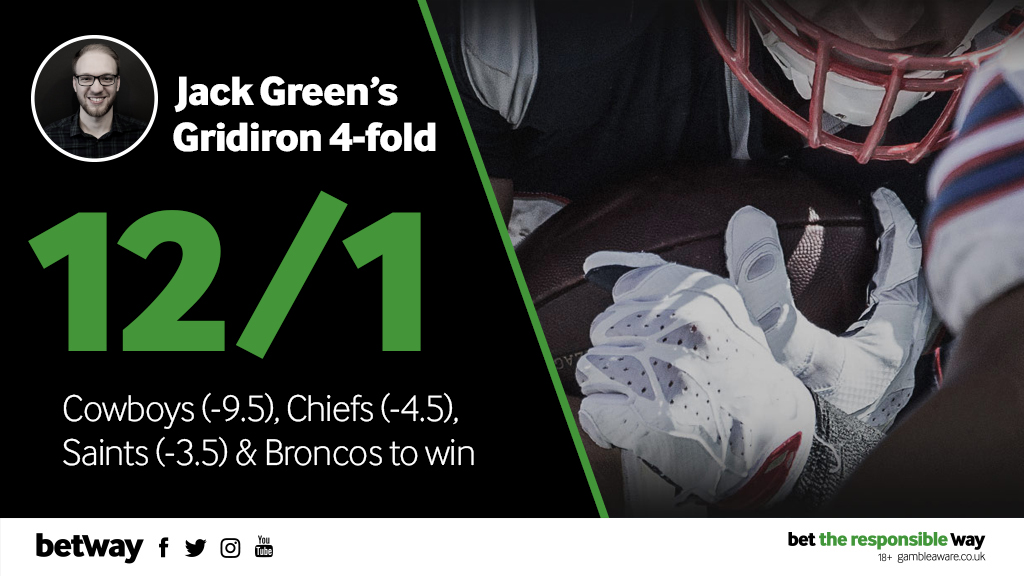 The Saints come into Week 9 as something of an enigma, having been a punchbag early on but then toppling play-off candidate Seattle last week. Against the hapless 49ers, however, things are definitely in their favour… In spread terms, meanwhile, New Orleans have already been successful this season, beating the handicap in five of their seven fixtures, including each of the last four. The Saints also rank second in both points scored and yards gained per game and, while they might have struggled defensively, San Francisco have been even worse, conceding the most points in the NFL and scoring the fewest through eight weeks. New Orleans should also be helped by the likely return of injured starters Delvin Breaux and Sheldon Rankins and that could be the boost to beat the 49ers, who have lost six successive games since week one, failing to cover the spread over that period.

Despite both teams going into this Sunday night match-up with identical 6-2 records, the underlying stats point to only one winner. Denver have covered the spread in eight of their last 10 games, dating back to last season’s run to the Super Bowl, and their defence, despite losing key players over the summer, remains one of the best in the NFL, conceding just 17 points per game and 4.5 yards per play – the league’s lowest mark. While the Broncos have held all but two of their six opponents to 20 points or fewer this season, the seemingly-prolific Raiders have problems on the other side of the ball, boasting the 31st-ranked D through eight weeks. On top of that, the silver-and-black are the NFL’s most-penalised team, setting a new all-time low with 23 offences in last week’s game against Tampa Bay, and their six-win record has yet to include an opponent with a winning record. With the Broncos having triumphed in eight of the last nine meetings between these two old rivals since 2011, there should only be one outcome.