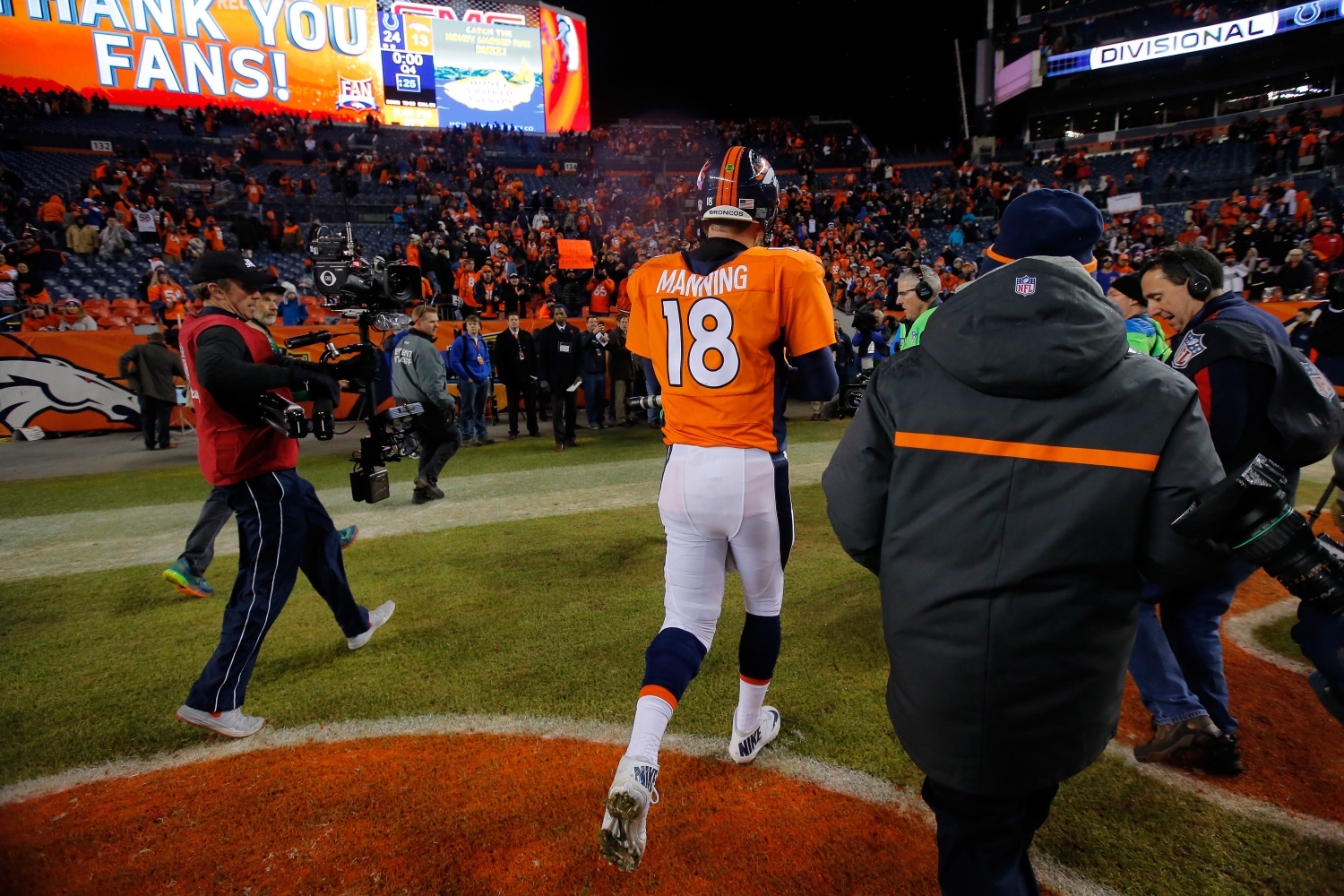 Peyton Manning will be back under centre for the Denver Broncos in 2015. Will he prove the end of last season was just a blip? Gridiron isn’t convinced, so much so that editor Matthew Sherry felt compelled to pen this open letter following the Broncos’ playoff heartache in January.

We know what you’re thinking Peyton… that this cannot be the end. The end was never meant to be this way. An NFL-record ninth one-and-done in the playoffs hardly seems fitting for an all-time great. On that much we agree.

But don’t be fooled into thinking this story will eventually have a happy ending if you keep going. For every John Elway (the current Broncos GM won back-to-back Super Bowls to end his career), there are plenty more Brett Favres, guys who go on just one year too long. As Gridiron’s own Jeff Reinebold always says, the game doesn’t care who you are. Football doesn’t feel it owes you anything.

And that’s why it’s time to retire. If the loss to Andrew Luck’s Indianapolis Colts was a symbolic passing of the baton, let it also be a genuine one. We know it’s hard. Your team followed last year’s miserable Super Bowl defeat by going ‘all in’. Big-ticket free-agents were signed; people talked of 16-0; of redemption in the post-season.

Deep down you know the truth, Peyton: you simply were not up to it. We know, you strained/partially tore your quad in the middle of December. However, the signs were there long before that clash with San Diego in Week 15. The decline had started earlier, during a disappointing evening in Foxboro and that shocking afternoon in St. Louis. But who could blame you for wearing out? You’re a 38-year-old who overcame all of the odds to come back from a career-threatening neck injury.

So you never won another title, Peyton. You still have one more than Dan Marino and look at how he’s remembered. Legacies are not crafted in one season, game or snap. They are an entire body of work and yours, despite featuring the kind of blots everybody’s does, ranks among the best. You came back from four serious surgeries, when another franchise had deemed you washed up, and posted the greatest statistical season ever for a quarterback. You have five MVPs to go with your ring and virtually every regular-season passing record known to man.

And if anything, that Sunday was the perfect finale. Yes, you were beaten by your old team, a team who decided to jettison you in favour of the quarterback that beat you a couple of weeks ago. But just remember it was you who made that same team relevant; you who brought its first Lombardi Trophy. They call the Lucas Oil Stadium ‘The House That Peyton Built’. Maybe you’ve rented it out for the time being, but that will always be your house. And five years on from the moment you do call it a day, when you’re stood at a podium in your sparkling gold jacket, it’s that which will be remembered rather than the dejected walk into the tunnel a couple of weeks ago.

This is an edited version of an article that appeared in Issue XIII of Gridiron Magazine. To subscribe to the magazine, and enter the draw to win a trip to the AFC or NFC Championship Game, click here.