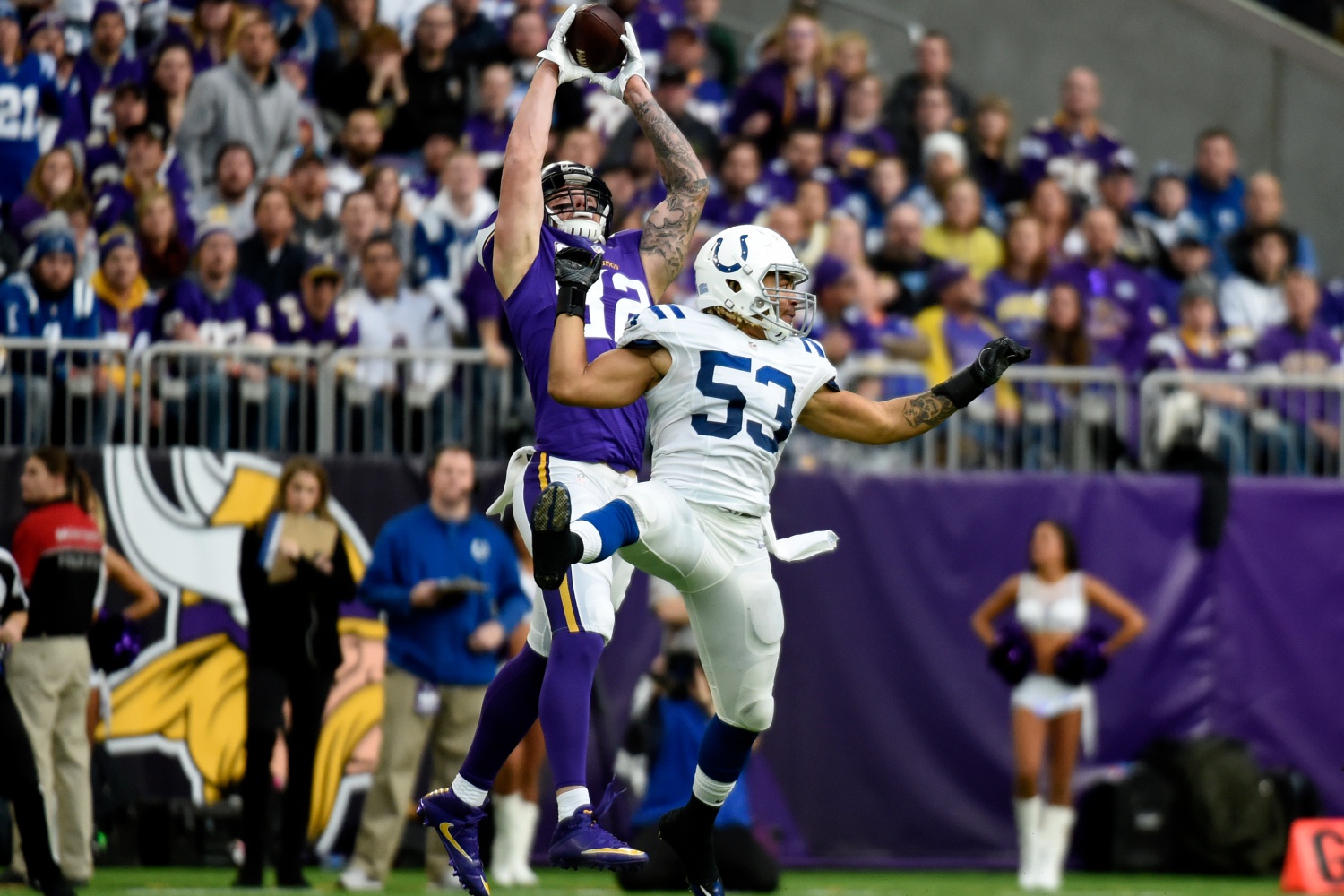 Pro Bowl tight end Kyle Rudolph insists we will see a confident Minnesota Vikings team on the field in 2017 as opposed to the squad that struggled down the stretch last year.

The Vikings were the NFL’s last undefeated team in 2016 after opening the season with five straight wins, only for the wheels fell off their season as they missed the playoffs.

Rudolph told The Reynolds Report: “I think you will see an improved version of the team that started last season 5-0. We feel like we have the talent and the personnel of that team which was 5-0 but we also learned a lot from finishing the second half of last season 3-8. I think we will be a better team because of that combination.”

While the Vikings started to unravel in terms of results in 2016, there was no divide in the locker room and that should serve Minnesota well as they venture towards the 2017 season.

“I think it speaks volumes about the leadership of this team and of coach (Mike) Zimmer,” Rudolph said. “Guys stuck together and no one ever wavered. We came to work every day and did everything we could to win games on Sundays. Unfortunately, we just couldn’t do well in critical situations at the end of games and that is the reason we were 8-8 and sitting at home watching the playoffs.

“Hosting a home playoff game in our incredible stadium is definitely a goal of ours in 2017.”