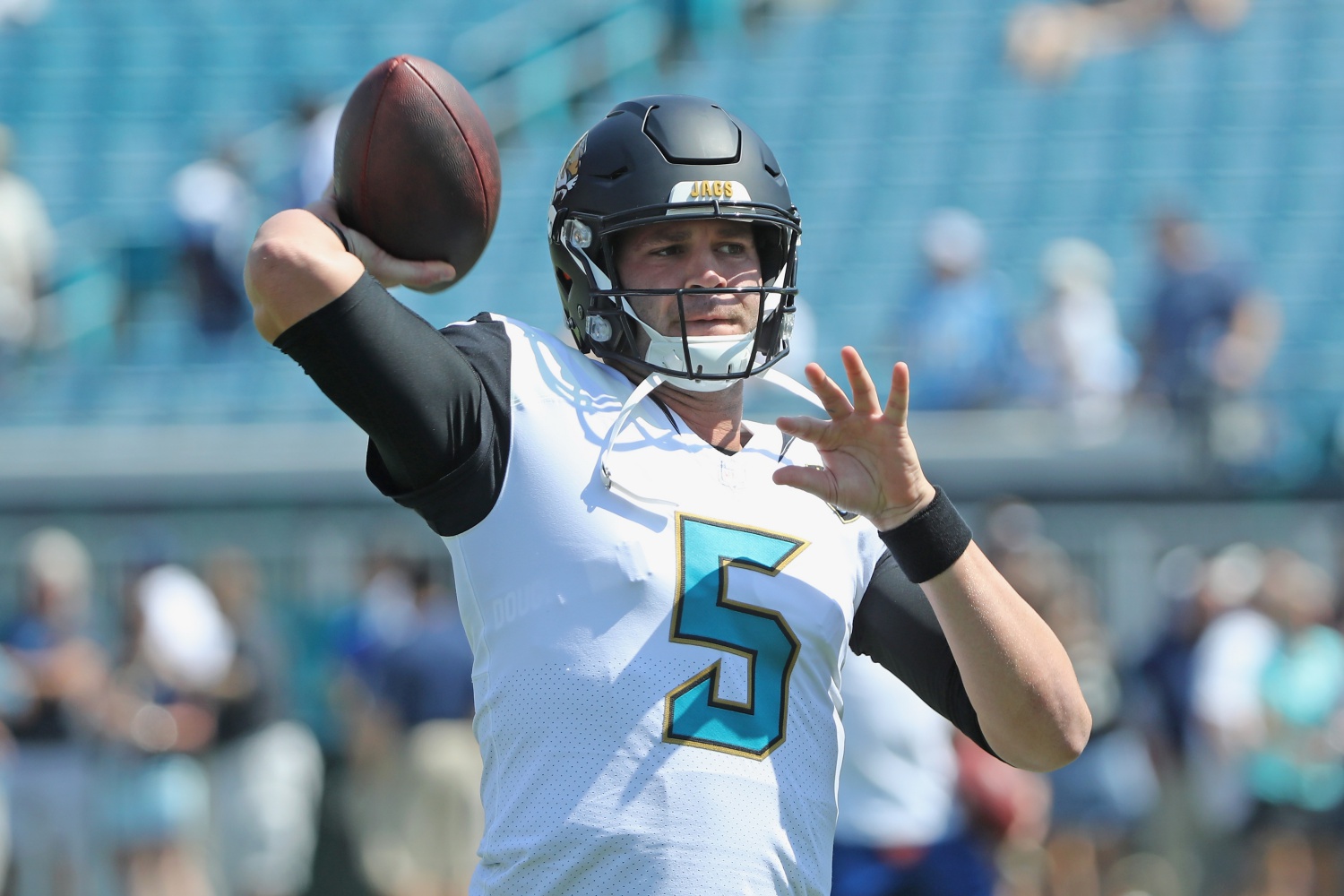 It was a memorable weekend in the NFL – on and off the field – and here are the prize winners from Week 3.

I was sorely tempted to give this award to Tom Brady for his 378-yard, five-touchdown display against Houston, but I’m adopting the same mantra I used to have with man of the match prizes for my under-8s soccer team and spreading it around. So take a bow, Blake Bortles. The Jaguars quarterback was flawless in Jacksonville’s 44-7 demolition of the Baltimore Ravens at Wembley. What makes Bortles’ display all the more impressive was the fact that he is under massive amounts of pressure this season. Bortles hit on 20 of 31 passes for 244 yards, four touchdowns and no picks and played the game from the neck up, taking all-important care of the football.

I give this award based on the eyeball test and not necessarily on mind-blowing statistical production. I watched Calais Campbell, who is a grown man on the defensive line, make so many disruptive plays against the run and the pass during the Jags’ destruction of the Ravens in London. He ended his day in the UK with one sack, one quarterback hit and three quarterback hurries. That is being a constant menace to an opposing quarterback if ever I saw it.

A big nod goes to Matt Prater, of the Detroit Lions, who converted field goals of 55, 40, 35 and 57 yards in his team’s heart-breaking loss to Atlanta. But when you nail a 61-yard field goal to lead your team to victory as time runs out, you’re getting a prize. And you’re getting chaired off the field by your teammates – that’s what happened for Jake Elliott, who made the longest field goal by a rookie in NFL history to see his team home.

It was never pretty, but Todd Bowles and his New York Jets will take it as they ground out an easy 20-6 win over the Miami Dolphins. Bowles knows the formula required for victory from his talent-deficient squad and they played to the script perfectly on Sunday. The Jets held the football for more than 36 minutes and kept Miami’s running game in check to the tune of 30 yards. Congratulations to Coach Bowles but I would also like to give a nod to Jacksonville’s Doug Marrone because his team turned in a near-perfect performance at Wembley that deserves recognition.

It takes some doing to knock President Donald Trump from this spot after his ridiculous outburst over the weekend but Marcus Cooper just about gets the job done. He scooped up a blocked field goal and was racing to what would have been a decisive and relatively routine 72-yard score for his Chicago Bears against the Pittsburgh Steelers. But Cooper had to start slowing down and showboating near the goal line and he got caught from behind Leon Lett-style (look it up kids) by Vance McDonald. Cooper lost the ball and only some rule book confusion saw the Bears eventually escape with a field goal. They eventually won in overtime but this could have been so much worse for Cooper and Chicago – just run into the end zone and worry about making people look stupid some other time!