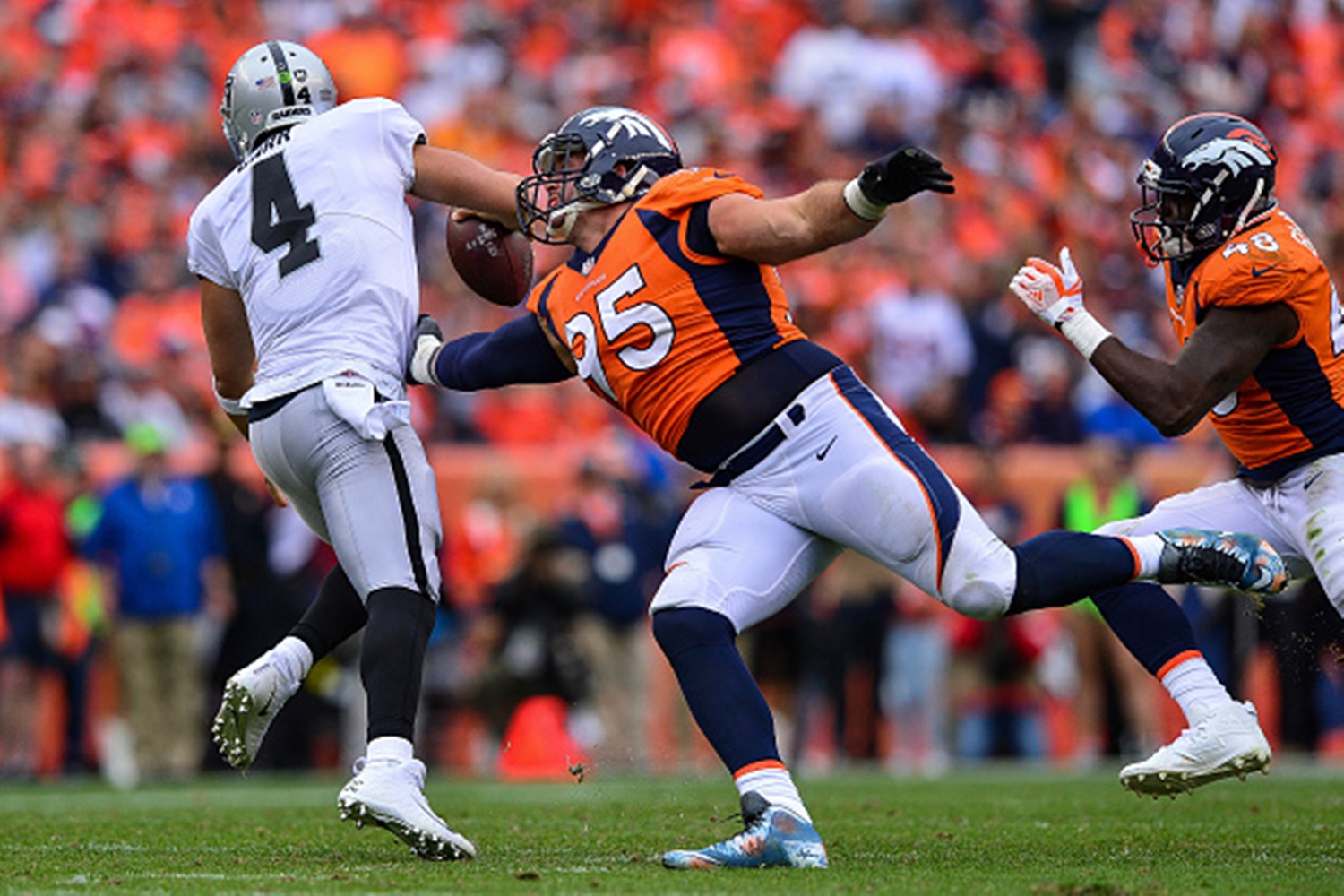 Week 4 is almost in the books but not quite, so apologies to the Washington Redskins and Kansas City Chiefs players and coaches, who cannot win any of these prestigious prizes.

Here are my votes for this week’s winners…

They told us when he came out of college that DeShaun Watson would be the most pro-ready of the passers and who are we to argue after his record-setting career day in Houston’s 57-14 demolition of the Tennessee Titans. Watson had a day that might still be his high watermark in five or 10 years as he hit on 25 of 34 passes for 283 yards and four touchdowns, while adding a score on the ground. With a strong and accurate arm, as well as the ability to evade pressure and pick up yards on the ground, Watson is an exciting prospect indeed. Sunday night saw him become the first rookie quarterback in the Super Bowl era to throw for four scores and run for another in the same game.

I felt like this trio caught the eye time and again in shutting down Marshawn Lynch during Denver’s 16-10 win over the Oakland Raiders on Sunday. Marshall had 6 tackles but the real stars were Wolfe and Peko in the way they controlled the line of scrimmage. Wolfe had 3 tackles and a sack and Peko did a lot of the dirty work to allow others to shine while still recording 2 stops. Denver’s ability to stop the run is one of the major reasons why they have won three of their first four in 2017. In four games this season, Denver have held Melvin Gordon, Ezekiel Elliott, LeSean McCoy and Lynch to a combined 95 rushing yards on 50 carries. And this trio of award winners has played a big role in that success.

Greg the Leg was in history-chasing form on Sunday as the Los Angeles Rams recorded a 35-30 win over the Dallas Cowboys on Sunday night. Legatron – that never works as well as Greg the Leg, in my mind – kicked seven field goals, one shy of the NFL record held by Rob Bironas. Zeurlein was perfect on his kicks and four of his field goals were over 43 yards in length so were not gimmes. He kept the scoreboard ticking over when the Rams couldn’t find the end zone and played a major role in a massive win.

After seeing their way past the Cowboys, the Rams are sitting pretty at the top of the NFC West with a 3-1 record. The 31-year-old wonderkid coach has worked amazingly to improve Jared Goff and has got Todd Gurley very involved in the offense again. I like the way that McVay carries himself and he has injected energy and enthusiasm into a team that was sleepwalking under Jeff Fisher. The Rams are averaging 35.5 points per game

The Dolphins were rarely at the races at Wembley Stadium as they fell to a 20-0 defeat at the hands of the New Orleans Saints. But it might have been a different story if they had set the tone with a quarter-controlling drive to start the game. Miami were marching down the field on the Saints to begin the contest and were set up with a first and goal at the New Orleans four-yard line. Surely, this was Jay Ajayi country? Nope. Gase went empty backfield and called on Jay Cutler to loft up a dolly that was picked off by Ken Crawley in the end zone. That made no sense to me on first down. Give Jay the ball and at least try to smash it in there against the Saints D. That would have been good coaching. Could you imagine how hard Ajayi would have run the rest of the day if he had scored a touchdown on his very first drive in London? Gase took that away from Jay and took the air out of his whole team. And they never got it back.