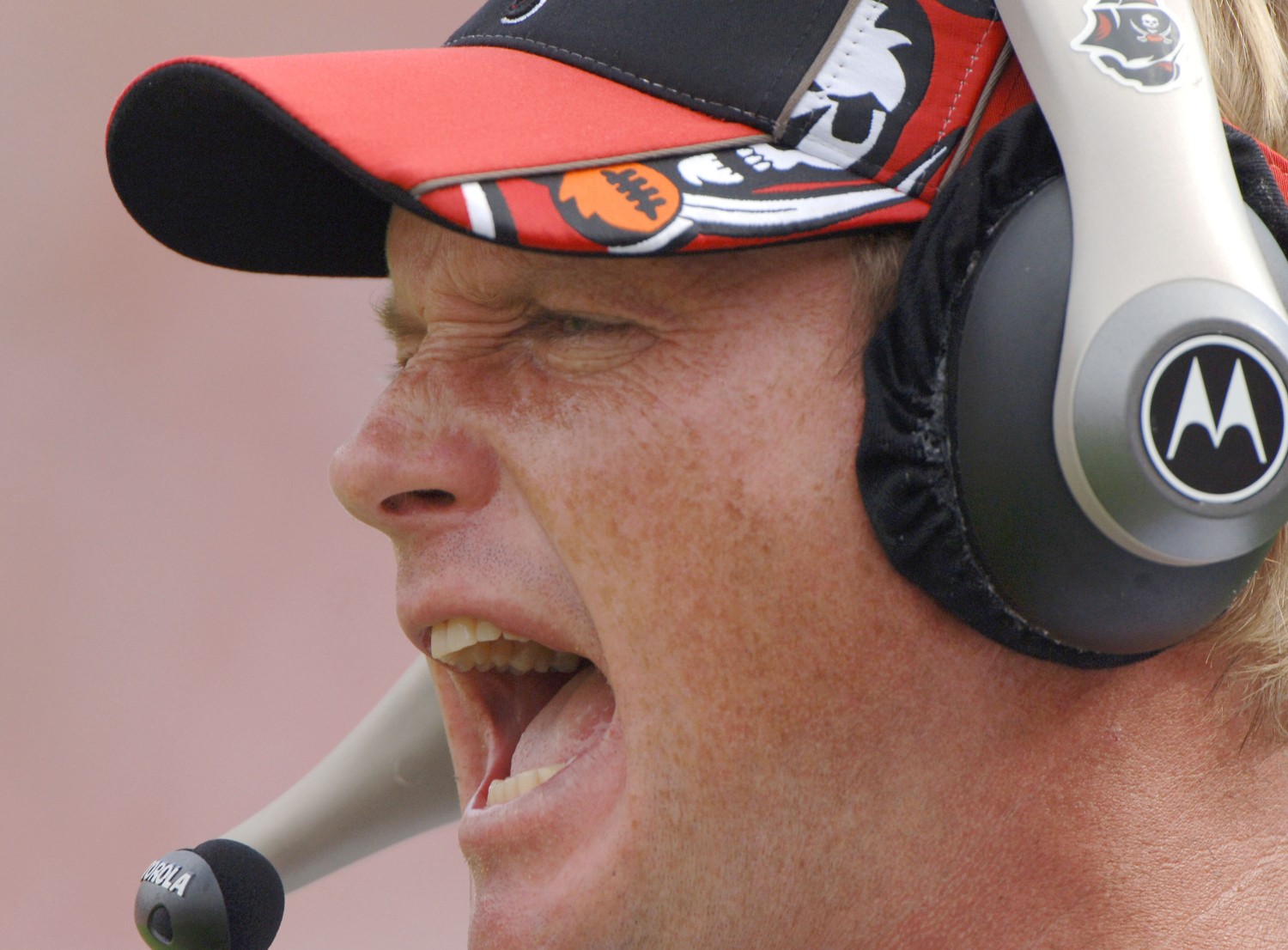 With coaching casualties littering the field after the final weekend of the regular season, Week 17’s Tuesday Morning Touchdown takes a look at the NFL’s situations vacant column…

General manager Doug Whaley kept his job while Rex Ryan walked the plank in Buffalo, despite their biggest issue being an absence of players who fit what the head coach does. To compound the idea of this franchise being a worsening farce under new owners the Pegulas, Whaley subsequently claimed he had no idea of the reasons for, or say in, Rex’s firing. The instability means this job is unsuitable for a prominent external candidate, so look for Buffalo to hand the reins to internal candidate Anthony Lynn – who replaced Greg Roman with aplomb as OC midway through the year. There’s some talent on this team, especially when their two high draft picks from this year return, but the owners don’t inspire confidence.

One year removed from a Super Bowl, the Broncos still boast probably the best defense in the league. Paxton Lynch has yet to look like an NFL quarterback, but Denver invested a first-round pick in him knowing he was a project. He was taken so high as a perfect fit for retiring HC Gary Kubiak’s offense, so look for GM John Elway to grab the nearest thing on the market in Kyle Shanahan. The Atlanta OC is coming off an assistant-coach-of-the-year calibre season and has the same offensive philosophy as Kubiak. This is a no-brainer. 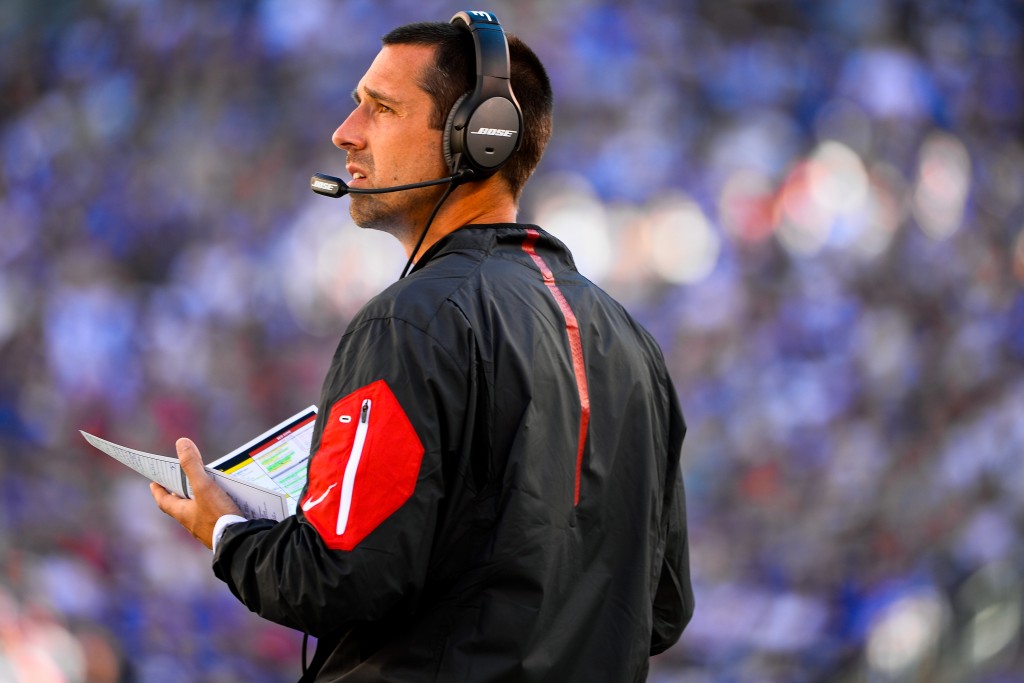 A talented young team in need of discipline, the Jaguars suddenly have the pieces in place to make a Oakland-style leap into the top echelons of the AFC picture. Blake Bortles’ dreadful year is a worry, and the new man must hope talk of him playing with a separated shoulder is true. However, this is an attractive proposition with sensible ownership, a fine general manager and ample talent. Former coach Tom Coughlin would make sense, as would GM Dave Caldwell’s former high-school teammate Josh McDaniels, but we’d be intrigued by Doug Marrone. He went 23-25 in Buffalo before leaving due of his own accord and the Jags looked improved in his two outings as interim HC – even if they blew a lead in Indianapolis.

If ever a role was built for Chucky himself to return to the sidelines from the booth, this is it. The spotlight and prestige of Los Angeles must be enticing for Jon Gruden, as would a former first overall pick in desperate need of good coaching and, in general, talent all over the roster. The Rams boast a legitimate superstar in Aaron Donald, another potential stud in Todd Gurley and an array of intriguing young players. Gruden also fits due to his relationship with the Rams’ chief operating officer, Kevin Demoff, whom he worked with at Tampa Bay. 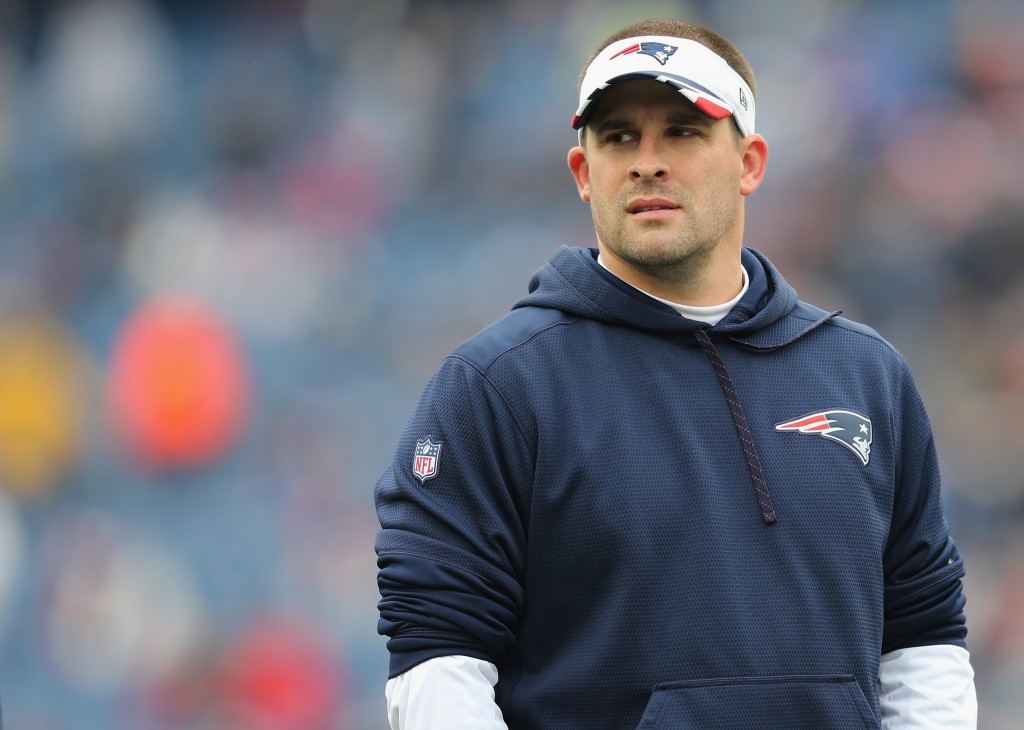 It’s almost worth ignoring San Diego’s last two seasons, such has been their rotten luck with injuries. This is a roster stacked with talent, from Philip Rivers and Melvin Gordon on offense to Joey Bosa, Melvin Ingram and Sam Shields on the other side of the ball. If they retain Ingram, who is scheduled to be a free-agent, the Chargers might boast the best edge-rushing duo in football which – combined with a near-elite quarterback – makes this an enticing proposition for any coach. The only knock on this job is the potential instability of moving, and the franchise’s reputation for being cheap.

Forget the glory days of Montana and Walsh, or even Harbaugh for that matter, this San Francisco 49ers organisation is a mess right now. They’ve had back-to-back one-and-done coaches, both of whom walked the plank for the talentless roster assembled by general manager Trent Baalke. The good news is Baalke has been shown the door as well, but this is a major reclamation project that won’t entice anybody based on the recent history. Look for the 49ers to bag an experienced NFL head coach like Mike Shanahan, who was edged out by Chip Kelly for the job last year.

If defense wins championships, the Giants have every chance. They are the best team on that side of the ball in the playoffs. Simple as that.

Does anybody fancy playing Aaron Rodgers right now? Absolutely no way, although several teams would be licking their chops about that D – hence their position at four.

In their last four games, Atlanta have scored 42, 41, 33 and 38 points. Matt Ryan has had an MVP-type season and the Falcons are rolling into the playoffs with a bye in their pockets.

We still think they’d be a more dangerous team with Tony Romo under centre, but it’s hard to argue with Dak Prescott’s sublime rookie year. And the defense is improving.

A shaky-looking defense early on ended up leading the NFL in points allowed. It’s greater than the sum of its parts, and the offense still looks great without Gronk.