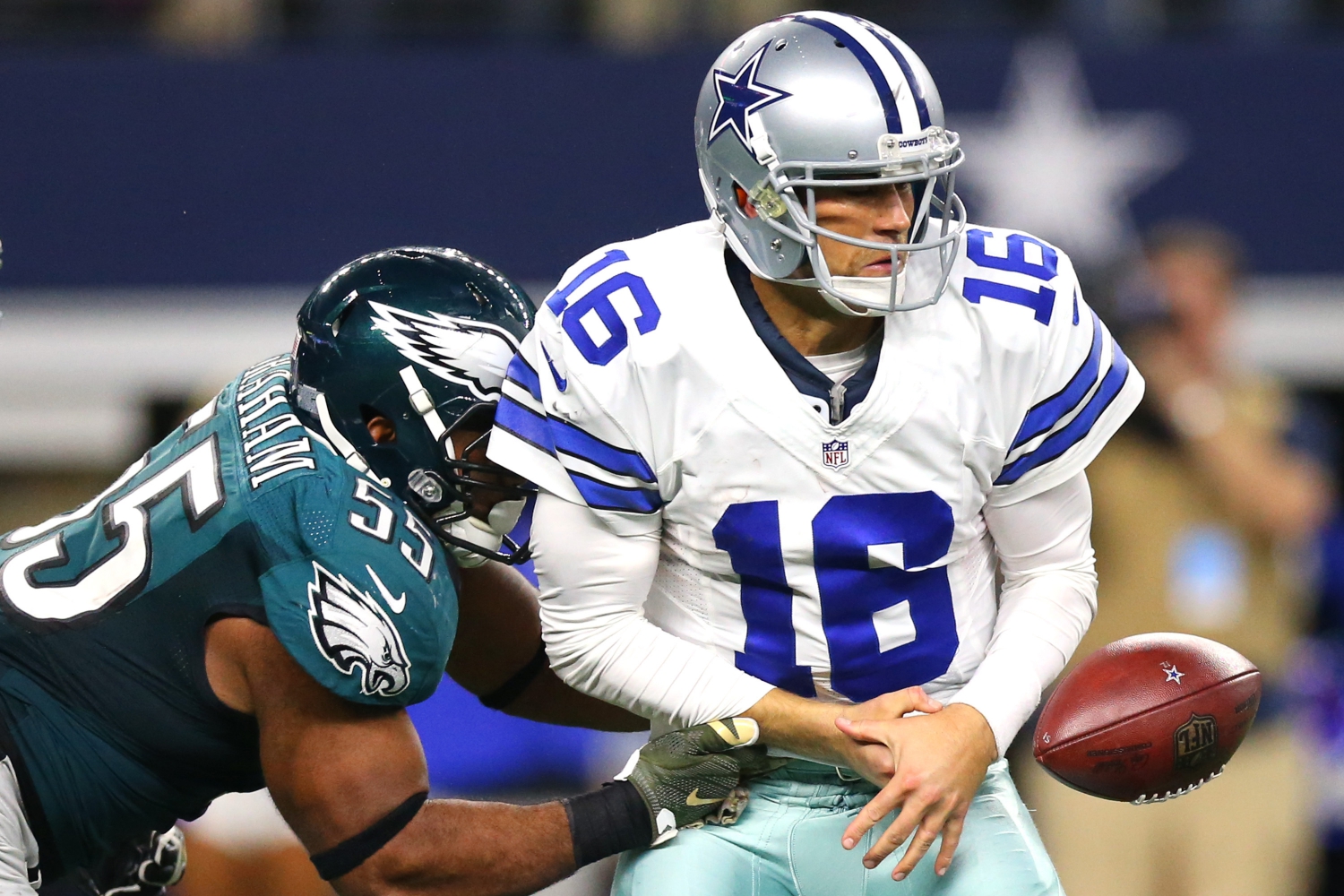 Another stunning week of NFL action brought three overtime games, one more 0 biting the dust and much, much more. Gridiron editor Matthew Sherry discusses what caught his eye in this week’s Tuesday Morning Touchdown.

How ‘Bout ‘Em Cowboys? Having endured years of mediocrity misery, they finally became a star again last season when making a decent playoff run after finding the formula for success. Entering this term, there was unsurprising optimism that the NFC’s most talented team could become the conference’s Super Bowl representative. They had all the tools: a top-three quarterback, top-two wide-out, elite tight end, the best offensive line in football, plus a good linebacking corps and pass rush. And then, when just about to move to 2-0, Dallas lost the one piece they couldn’t afford to as quarterback Tony Romo broke his collarbone. Their record since? 0-6.

Given the rest of their roster, that isn’t good enough. While the story indicates the importance of a great signal-caller, the team – even without Dez Bryant, who’s spent most weeks sidelined – should have been able to sneak at least two Ws in that period. With a game against the Tampa Bay Buccaneers up next, three wins from seven would have left the Cowboys 5-4 and primed to make another run at the post-season with Romo returning in Week 10. Instead, they’ve not been mentally tough enough to finish games, losing five of the seven by a touchdown or less to leave their campaign in tatters. Bad luck? Not so much.

Anybody who bought the last issue of Gridiron knows my thoughts on Greg Hardy. He’s a disgrace to the NFL and seeing him on the field is disappointing. My issue is not so much him being given a second chance; an array of former players have been charged for domestic violence and played on. The problem with Hardy is, based on how he’s acted so far, you can clearly see that he has no remorse whatsoever for his actions (despite a half-arsed tweet). His behaviour stinks of someone thinking, ‘I’m a great pass-rusher so someone will give me a job’ and sadly he’s been proven right. Yet Dallas have not only paid him; they’ve indulged him to a staggering degree with owner Jerry Jones suggesting Hardy, who a fortnight ago struck a clipboard out of special team coordinator Rich Bisaccia’s hands, is a ‘real leader’. The whole situation is a crapshoot, so much so that some might say Dallas’ subsequent struggles are karma. 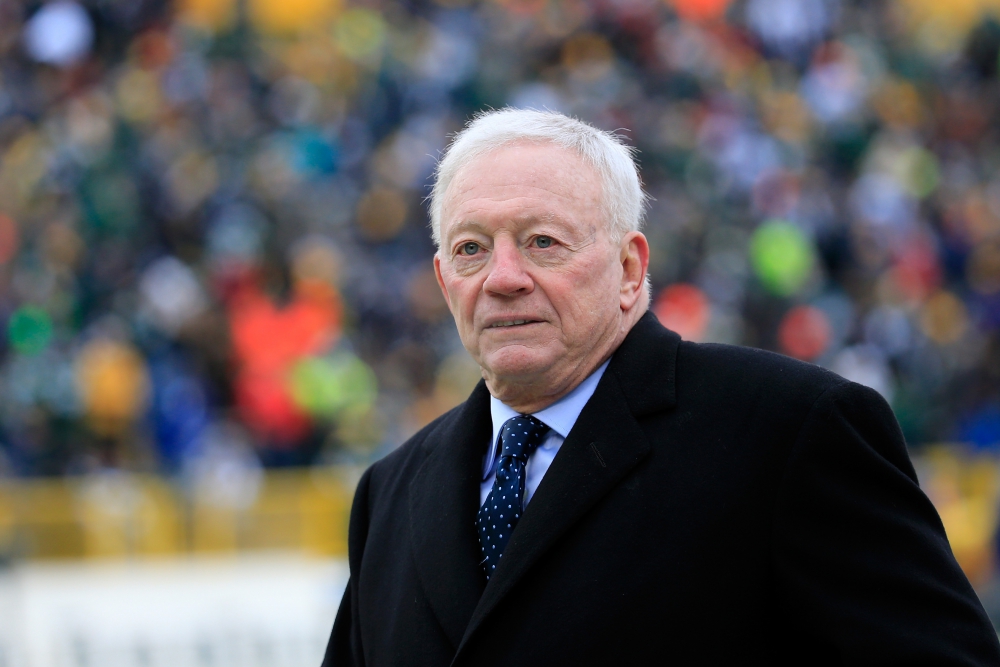 So it seems all Andrew Luck needed to get back on track was his Indy predecessor Peyton Manning being on the other sideline. Given what we’ve seen so far this term from the Colts’ fourth-year signal-caller, with all that pressure on his shoulders after offensive coordinator Pep Hamilton’s firing, this was easily the best performance of Luck’s career. Yes, there have been some spectacular comebacks like that amazing one against Kansas City in the playoffs a few years back, but what I loved about Sunday was this: ZERO turnovers. Because those, quite frankly, have been Luck’s main issue throughout his career.

It wasn’t perfect, and Luck acknowledged himself he threw some stupid passes that should have been picked. Yet that’s the case with virtually every passer, every week. To produce that display against that defense when seemingly taking horrific bone-crunching hits on every play was a testament to the 26-year-old. It doesn’t mean the Colts’ issues are suddenly fixed and they are a Super Bowl team; if anything, Indy just showed Denver up for the flawed outfit they are. But it does indicate things are moving in the right direction and confirms Luck has Manning’s number. The pretender is now 3-1 against the master.

Based on Sunday’s evidence, this Denver team is going to be difficult to love. Not content with boasting one of the league’s dirtiest players in vicious safety T.J. Ward, the Broncos were pathetic at the end of their game in Indianapolis. And the guilty parties were two players who should be leaders: Von Miller and Aqib Talib. With the game virtually over after Talib had cost Manning any real chance of a game-winning drive by being flagged for unnecessary roughness for a despicable eye gouge (which rightly earned a one-game ban), Miller then decided to ram his knee into the neck of Ahmad Bradshaw with the running back on the ground. I guess the message is, ‘All is well when we’re 7-0 but we’ll act like schoolchildren as soon as we lose’. Well, now it’s time for the NFL to send a message and issue Miller a ban too. 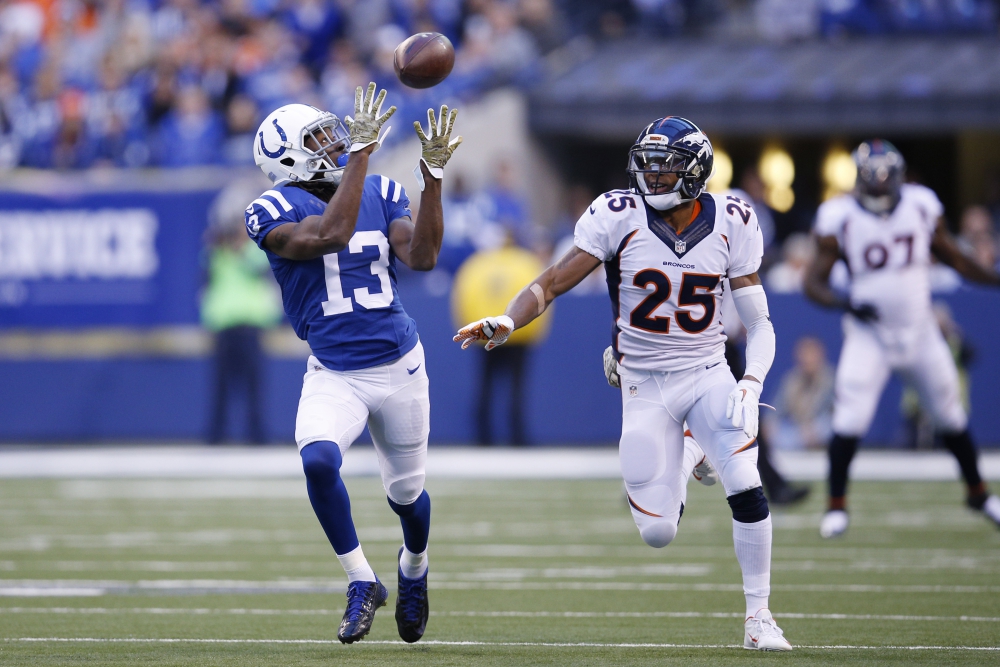 Miller and Talib aren’t the only villains of the week. Enter Lamarcus Joyner. The St. Louis Rams defensive back produced an even more egregious hit when lowering his shoulder into the head of the Minnesota Vikings’ Teddy Bridgewater when the quarterback was giving himself up with a slide. The collision knocked Bridgewater unconscious immediately and was not a good look for the Rams, whose defensive coordinator Gregg Williams was famously at the centre of the New Orleans Saints’ Bountygate scandal.

Vikings head coach Mike Zimmer was rightly livid post-game, pointing out Williams’ history and alluding to St. Louis’ general lack of discipline. Zimmer is spot on; ever since Jeff Fisher – a prominent member of the league’s competition committee – took the role, the Rams have been a team of ill-disciplined rough riders. Much like with Talib, the NFL should have sent a proper message and dished out a suspension for Joyner.

Nobody seems to have noticed, but Jameis Winston and Marcus Mariota – the top two picks in this year’s draft – are enjoying outstanding rookie seasons. The latter produced his second 400-yard, four-touchdown performance of the campaign on Sunday when leading a Tennessee Titans squad in their first game under an interim head coach to victory against the resurgent New Orleans Saints. The only other signal-caller to produce those numbers a pair of times in 2015? Tom Brady.

Winston, meanwhile, continued his recent impressive displays when performing outstandingly against the New York Giants with almost no help from those around him, especially wide-out Mike Evans – who had perhaps the worst 150-plus-yard receiving game in NFL history as he dropped a series of key passes. Those issues will work themselves out, though, and there is little doubt Tampa Bay GM Jason Licht – much like his Tennessee contemporary Ruston Webster – will be feeling pretty comfortable with his big decision earlier this year. 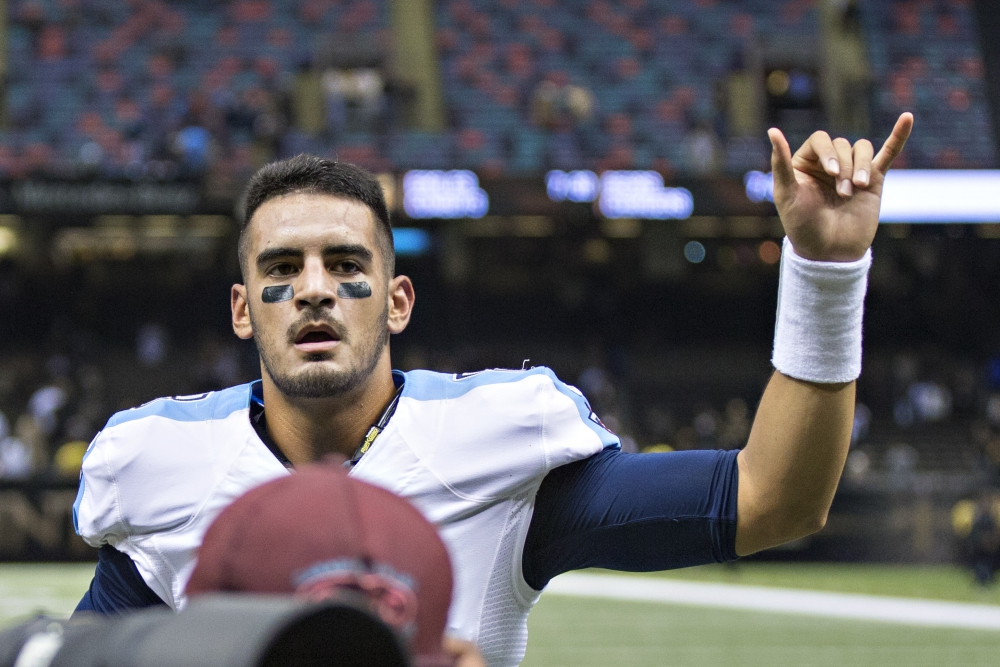 I randomly bumped into Minnesota Vikings defensive tackle Linval Joseph in Clearwater, Florida, while on honeymoon in May. I had been talking to his mum at a bar when she told me the giant next to her was Joseph, who was taking her away for Mother’s Day. We chatted for a while, so much so that he bought me a shot – and now he’s playing at an All-Pro level for the 6-2 Vikes. So take note NFL players… buying me drinks makes you play better!