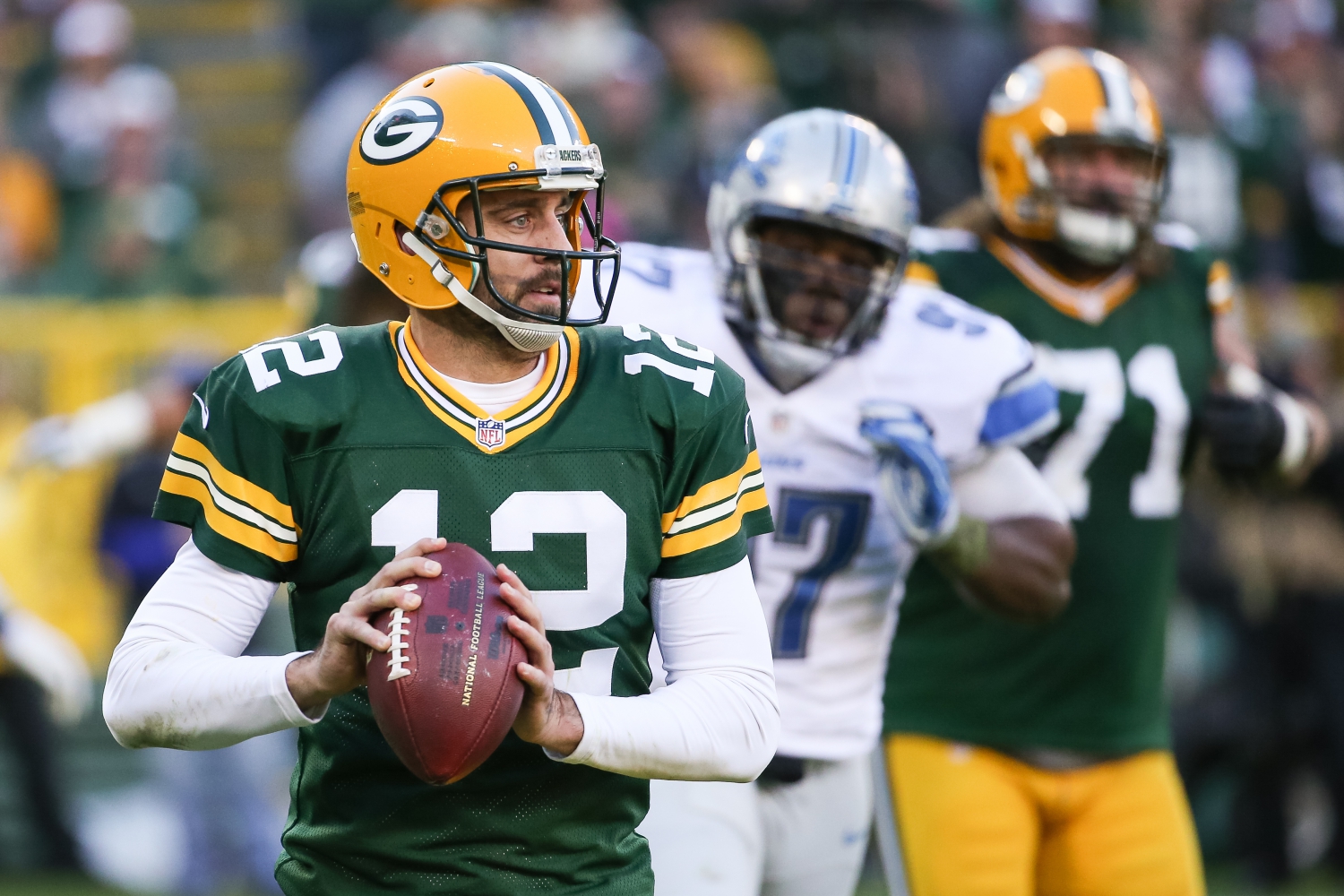 I’ve always acknowledged that, from a purely physical perspective, Aaron Rodgers is easily the best quarterback in the NFL. He’s the most accurate passer I’ve ever seen, has the best arm and superb mobility. One issue I’ve always had, though, is that I don’t think he’s as good pre-snap as Tom Brady and an in-prime Peyton Manning. Yes, he has a great hard count and is brilliant at catching defenses with too many men on the field but, to me, Rodgers doesn’t have the same ability to know his go-to match-up before the play. What separates Brady and Manning is how easily they’ve done that, which allows them to get the ball out with staggering speed.

Rodgers often holds the ball far too long, even when putting up great numbers. He has a really good offensive line and decent receiving corps, and needs to find a way to get the ball out quicker. He isn’t being helped right now by Green Bay’s comical scheme that puts too much emphasis on big plays down the field, yet those suggesting Rodgers – whose emphasis on not throwing picks has maybe gone so far as to not allow necessary risk-taking – isn’t at least some part of the problem are misguided.

I saw an interesting video on the New England Patriots’ website last night. While his team-mates were celebrating in the aftermath of a thrilling one-point win over the New York Giants, Tom Brady sat at his locker, head in hands. To read the aftermath of the weekend’s action, with a variety of commentators continuing to laud Brady, you might wonder why. Yet Brady’s reaction was correct because, in many ways, his performance on Sunday wasn’t good enough.

Firstly, he threw a dreadful goalline interception that provided a route back into the game for the Giants, only to then top that by producing one of the worst passes of his career at the beginning of an eventual game-winning drive. That the Giants weren’t celebrating a decisive pick was only due to an awful drop from Landon Collins, and Brady is right to remember that. I’m the biggest fan of the 38-year-old there is and think he’s the definite MVP so far, but I can’t stand seeing great players get a pass they don’t deserve. He might have been without Julian Edelman and Dion Lewis, playing against a patchwork O-line, yet there still should be a level of fairness about the analysis. I’d have been interested to see the rhetoric if Blake Bortles produced similar. 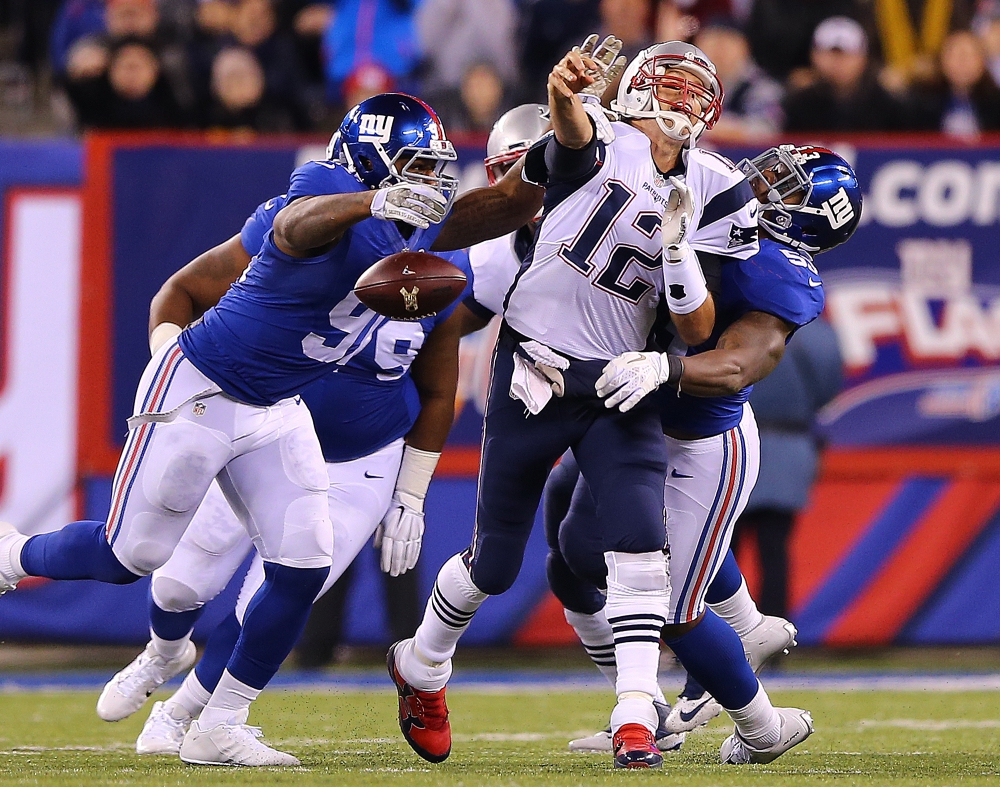 “Our goal was to come out here and make the Red Rifle look like a Red Ryder BB Gun, and I think we did that.” – J.J. Watt.

“I’m disappointed in him because of the integrity of this game. I have a lot of respect for him. He’s a really good player. There are a lot of kids and people who look up to him, and for him to make comments like that, he’s just showing that’s acceptable to say that kind of stuff. It’s disappointing for one of the best players in this league to come out and say something like that, so that’s all I’m going to say about that. He’s a good player, but for him to be one of the best in this league and to show that integrity, it shows what he’s about, and that’s disappointing.” – Andy Dalton.

Sorry, Andy, what? Are you serious with that? Are you really offended by a clever quip in the aftermath of your Cincinnati Bengals putting in the kind of performance we’ve all secretly been waiting for? Is that really something you’re going to complain about after a 10-6 loss to… THE HOUSTON TEXANS… AT HOME? I think it might be time to rethink those comments and worry about shutting up the inevitable doubters talking of ‘typical Bengals’ following that shambolic performance on Monday Night Football. The big stage of Sunday Night Football, against the Arizona Cardinals, would be a good place to start. After all, the best answer to Watt’s remarks would be to become The Red Rifle again…

On a related note, interim Titans head coach Mike Mularkey’s suggestion that Cam Newton’s touchdown dance in Carolina’s win over Tennessee broke some mysterious ‘code of ethics’ is just about the most ridiculous thing I’ve ever heard. If you don’t want to put up with an opponent reacting to a score in a manner you deem over-zealous, perhaps you should make sure he doesn’t cross the paydirt? If I’m an already-twice-failed NFL head coach fortuitously gifted a chance to redeem myself, I’d be focusing on the defense giving up the TD after the game rather than an opposing player dancing. The funniest part? The Titan most put out by Cam’s display was Avery Williamson, who had earlier celebrated a sack of Newton by reenacting Drake’s “Hotline Bling” dance. 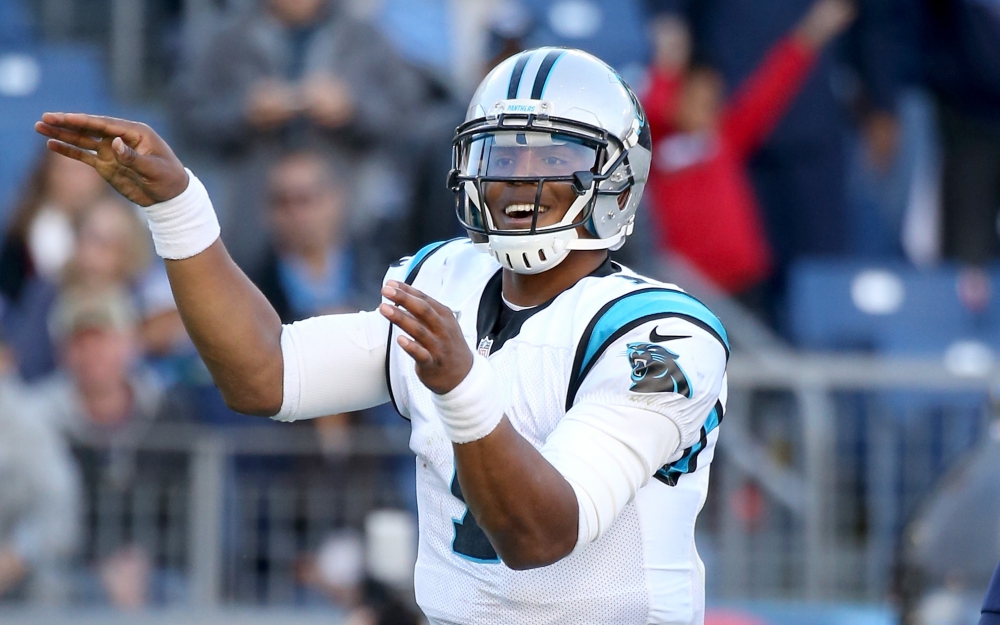 It’s time we started questioning whether Dallas Cowboys owner and general manager Jerry Jones has officially taken leave of his senses. The level to which Greg Hardy is being indulged is now reaching a ludicrous level. Since being handed a second chance following the domestic-violence case that we’ve since seen horrifically graphic images of, this has been Hardy’s rap sheet:

While this has been going on, Jones has referred to Hardy as a ‘real leader’ and suggested Dallas are interested in working towards a long-term extension that reporters suggest ‘won’t be cheap’. It’s difficult to know what leverage Hardy has, though, given there surely isn’t another team who would be willing to give large sums to a vile human being who’s proving a cancer in the locker room. The Cowboys are 0-5 with Hardy in the line-up and it’s difficult to believe head coach Jason Garrett, a good man whose credibility is being impacted by the week, is comfortable seeing the leeway this guy is being given.

Thriving Under The Gase

This might sound like a man talking with the value of hindsight, but few things surprised me more this off-season than a variety of teams overlooking then-Denver Broncos offensive coordinator Adam Gase for head-coaching positions despite him partaking in a multitude of interviews. Gase, for my money, is one of the best young coordinators we’ve seen in many years and I still give him a large part of the credit for Manning’s amazing, record-breaking campaign two years back.

He was also a huge part of the reason why we predicted Jay Cutler would be the Comeback Player of the Year in the season’s opening edition of Gridiron. I’m pleased to say that was one of the (few) things we got right. Cutler looks like a new man under the tutelage of this 37-year-old whizz, with better play design and coaching leading to fantastic results. That all of this goes on while Manning declines into further depths of despair in Denver only strengthens my belief that Gase will be one-and-done in Chicago. He’s proved enough to be running his own show next year and if I’m the Tennessee Titans, looking for an innovative offensive mind to fit with my exciting young quarterback, he’s my first call. 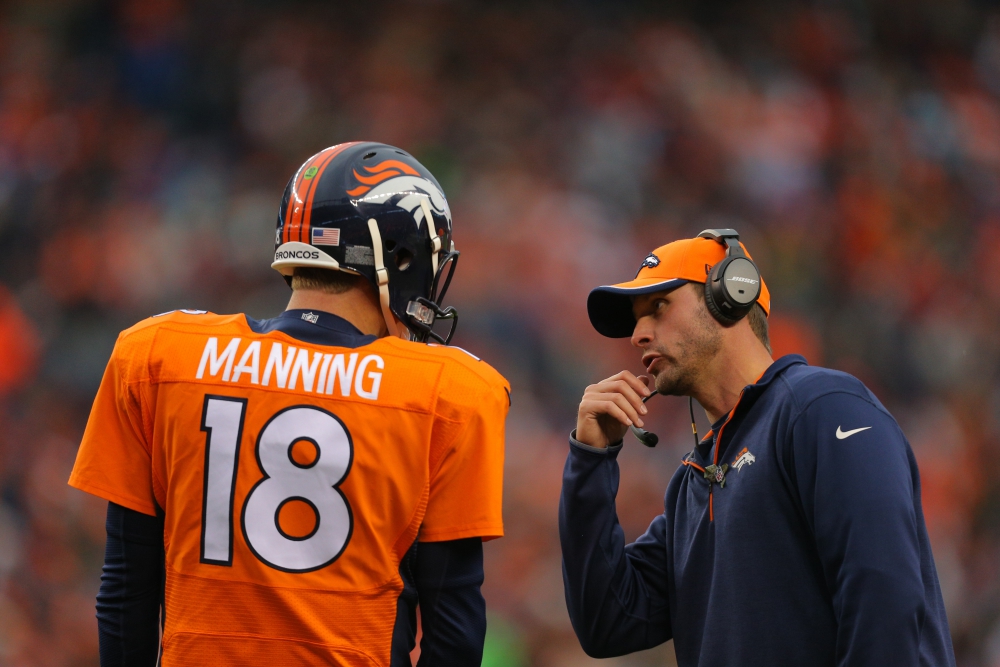 I’ve seen a bunch of people reacting to Peyton Manning’s injury issues by suggesting they hope he can play against the New England Patriots so we get another instalment of his rivalry with Brady. Why the heck do people want that? Manning is done and has been since the back end of last year. Would it be a nice tale if he rallied himself for one last big effort against his old foe? Absolutely. However, there is no defensive mind who’s given Manning more issues over his career than Bill Belichick and him playing could, truthfully, be a bloodbath. The Brady-Manning rivalry has been one of the greatest in sporting history; it doesn’t need another instalment that will be a shadow of what’s gone before.