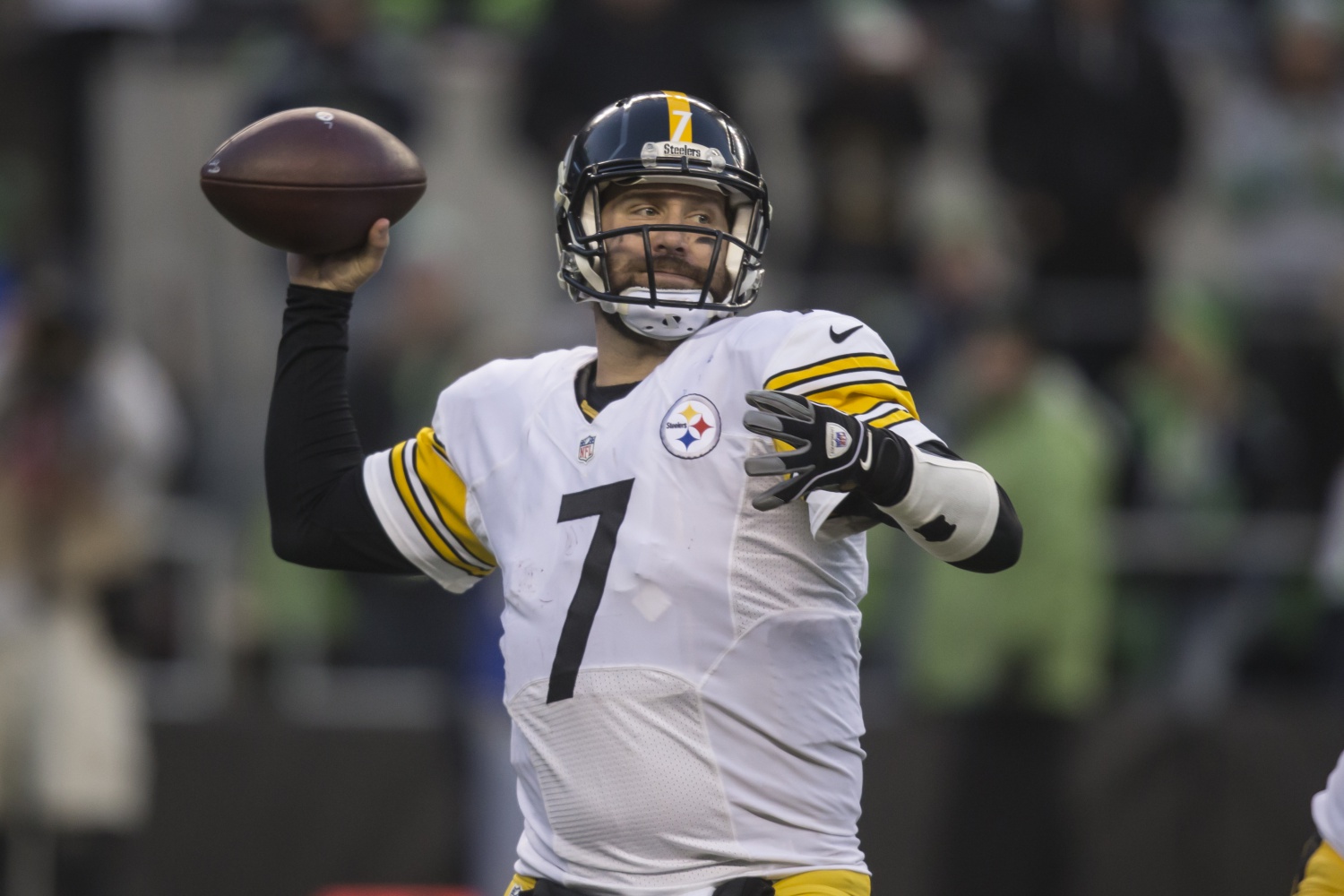 With just four weeks of the regular-season remaining, Gridiron editor Matthew Sherry takes stock of the playoff picture in this week’s one-day-late Tuesday Morning Touchdown. Plus, the surging Seahawks and an MVP race that is tighter than advertised.

There is no team more intriguing in the playoff race right now than the Pittsburgh Steelers. With Ben Roethlisberger fully healthy, they have been playing like a top-five squad in football over the last few weeks. However, Pittsburgh still find themselves on the outside looking in, with the Cincinnati Bengals seemingly certain to win the AFC North and the New York Jets and Kansas City Chiefs occupying the two wildcard spots.

The Steelers have a hellacious next two games against the conference’s top-two seeds; they travel to the Bengals on Sunday before hosting the Denver Broncos. Realistically, Mike Tomlin’s boys need to win at least one of those two games to reach the post-season and, if they can do that, it’s difficult to imagine any team in the AFC relishing the prospect of going up against them. The combination of them and Kansas City, who have a cupcake schedule and are already sitting comfortable at 7-5, as fifth and sixth seeds would make for a fascinating post-season on the AFC side.

Pats Still For The Lot?

That Denver and Cincinnati have to go up against that juggernaut is good news for the New England Patriots, who suddenly find themselves lumbered with the third seed. Should New England win on the road in Houston on Sunday and Cincinnati lose against Pittsburgh, the Patriots would hold a two-game lead over the Bengals due to tie-breakers. That means Bill Belichick’s men would have to lose two of their final three encounters (they face Tennessee at Gillette Stadium before travelling to the Jets and Dolphins) to not hold at least the AFC’s number-two seed. That, combined with the fact Denver must face Pittsburgh and Cincinnati, means New England – whose home loss to Philadelphia was a bizarre fluke in which the Eagles scored 21 points on three plays across defense and special teams – remain in the driver’s seat for the home-field advantage throughout the playoffs (although, with Pittsburgh likely to be the sixth seed, second spot perhaps looks more favourable). 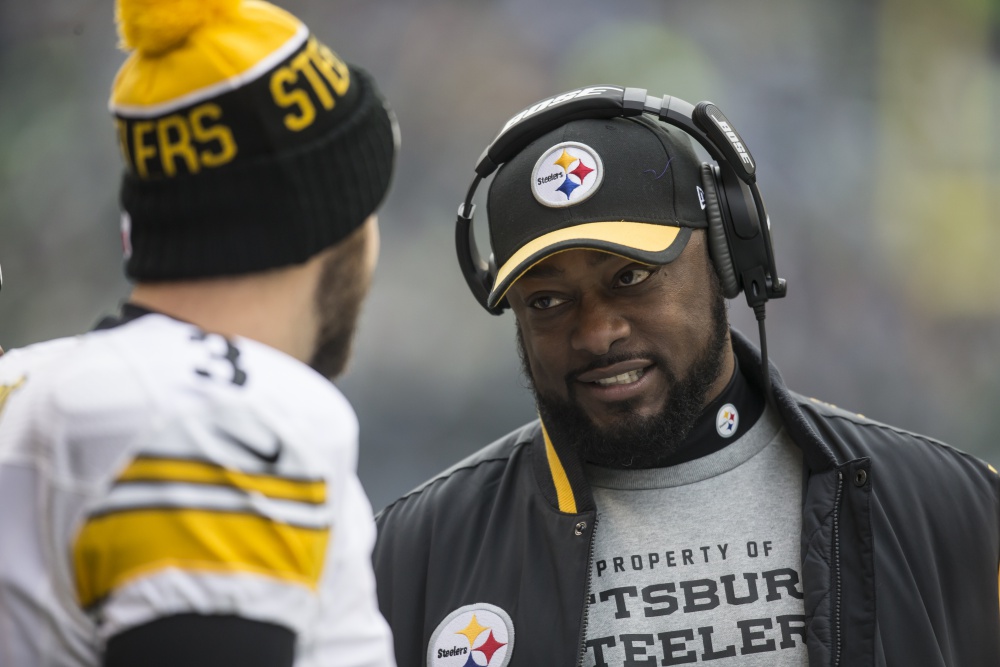 The Battle For The South

It might be looking a little too far ahead, but the defining fixture in the AFC South will be a week on Sunday when the Houston Texans travel to the Indianapolis Colts. That is the only AFC division with real question marks entering the final straight, with Indy currently boasting a half-game lead over their rivals following a win at NRG Stadium in Week 5. Even if Houston lose to New England and the Colts win at Jacksonville on Sunday, the Texans will control their own destiny. Indeed, a win at Lucas Oil Stadium followed by victories over Tennessee and Jacksonville would ensure Bill O’Brien’s men reach the post-season even if Indy win out as well. Given the Colts brass will be aware of that fact (or at least they should), don’t be surprised if Andrew Luck is rushed back for that mouth-watering Week 15 tilt.

Few Questions In The NFC

In the NFL’s other conference, meanwhile, the post-season picture looks a lot clearer, albeit with the exception of the NFC Least. It seems certain Carolina and Arizona will take the top-two seeds, with Green Bay sneaking the NFC North and Seattle and Minnesota occupying wildcard spots. The Vikings already boast eight wins, which in itself might be enough, and the Seahawks, at 7-5, are playing as well as any team in football. The only questions is whether any of the NFC East’s four teams can put a run together and take their division title. My guess at this stage would probably be that none do, and Philadelphia take the division with a 7-9 record. However, that’s more of a stab in the dark than an educated appraisal of teams who are consistently inconsistent.

The Hawks Are Circling

If Pittsburgh are a scary prospect in the AFC then the Seattle Seahawks are downright terrifying on the other side. Pete Carroll’s men suddenly resemble the team that featured in the last two Super Bowls as their defense improves and Russell Wilson cements his status as a top-five quarterback in the NFL. Wilson’s display at Minnesota on Sunday was one of the best we’ve seen from a signal-caller all year. The numbers weren’t eye-popping, but the manner in which he dismantled an outstanding, if banged-up, Vikings defense on the road bodes very well for Seattle.

Wilson is operating from the pocket like never before and showing his accuracy is a match for any passer in the NFL. He possesses the best deep ball in football which, combined with emerging weapons like running-back Thomas Rawls and wide-out Tyler Lockett, makes the Seattle offense a bigger threat than in 2014 or ’15. If they end up settling for the sixth seed, it’s conceivable that the Super Bowl could be a meeting of two teams who slipped into the playoffs via the backdoor. Yes, Seattle and Pittsburgh are that good. 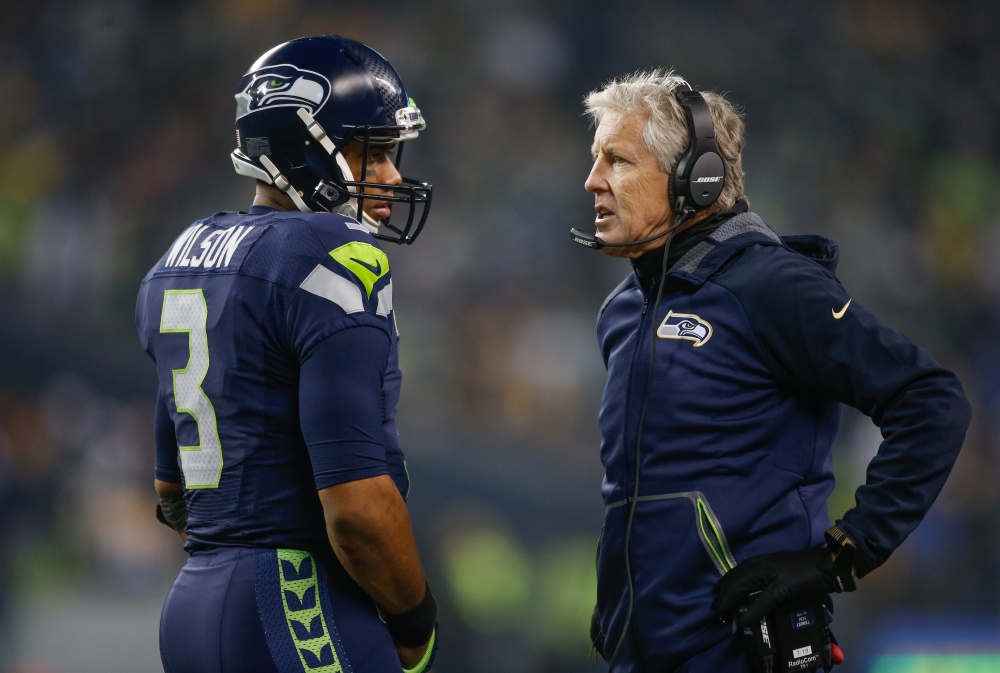 Cam No MVP Lock Just Yet

Forgive me if I don’t board the Cam Newton Is Now Definitely The MVP train just yet. There is no doubt that the kind of game-winning drive Cam produced on Sunday is eye-catching, but a little context is needed. It came against the same New Orleans Saints defense that has given up over 30 points in seven of their 12 games this year. They are comfortably the worst defense in the NFL, and maybe one of the poorest the league has ever seen. Right now, I have Newton narrowly ahead of Tom Brady in a race that will be decided in Week 17. The numbers the latter has put together, despite losing multiple key weapons and playing behind a patchwork offensive line all year, have been staggering. He’s thrown 31 touchdowns, a league-high mark, to just six interceptions and continues to operate at a high level despite the obvious issues he faces. It’s a close-run contest and Newton has certainly nudged ahead in recent weeks. However, given Brady’s early-season displays (which still need to be counted rather than just living in the now), I certainly don’t think it’s a runaway in Newton’s favour all of a sudden. Perhaps it’s a year for Co-MVPs?

It seems the Philadelphia Eagles haven’t quit on Chip Kelly after all. While their win at the Gillette Stadium owed more to freak incidents than their play – Philadelphia were outgained 427 yards to 248 – it wasn’t a performance from a team who have given up under Kelly’s stewardship. Philly are now firmly back in the playoff race amid their head coach reaffirming his commitment to the cause. It may not happen this year, but I’m not giving up hope of Chip getting it right in the pros.