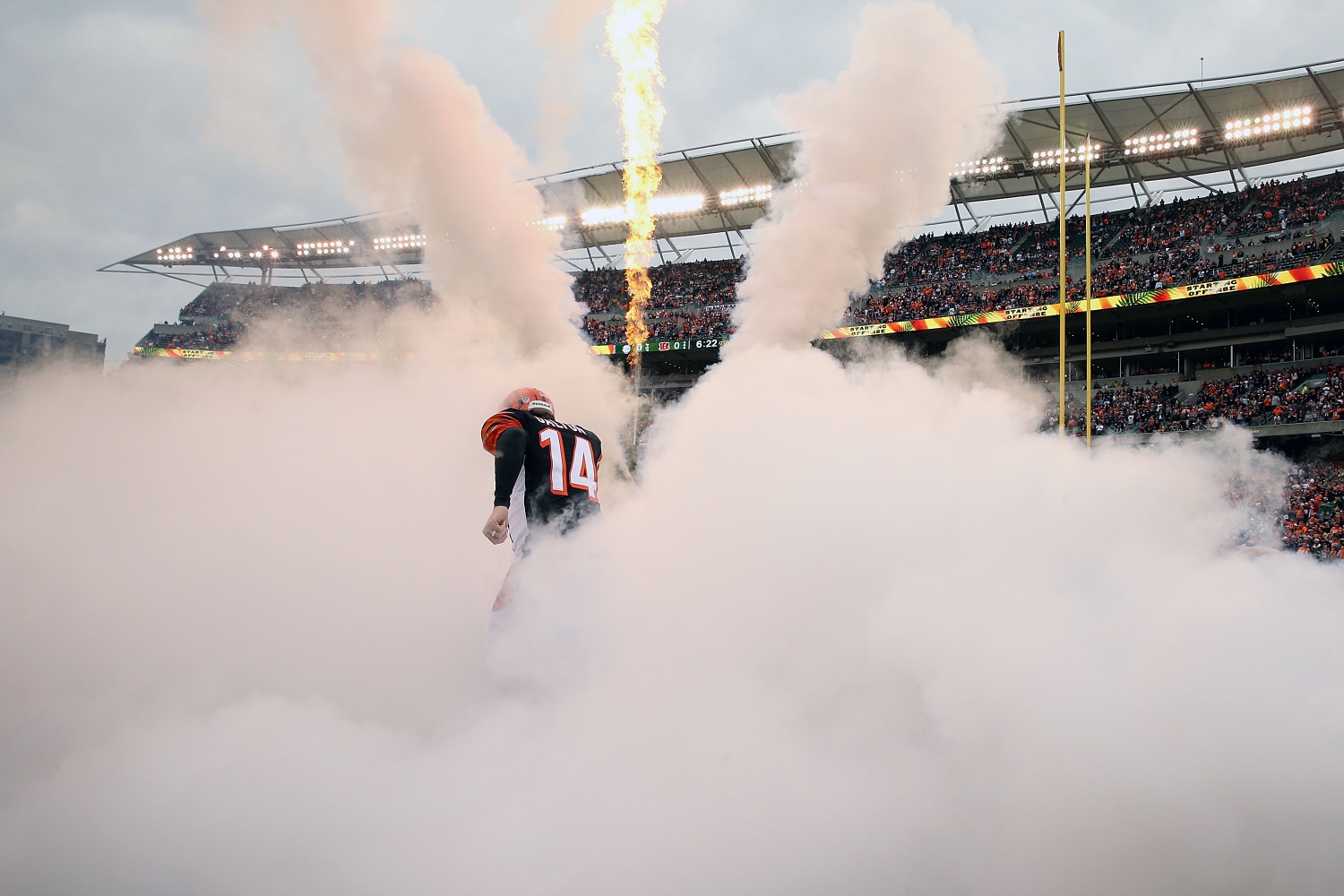 So I guess Andy Dalton’s dreadful run of not throwing a touchdown pass in the playoffs could continue for another year, albeit in different circumstances. His fractured thumb is a desperately cruel blow for the Cincinnati Bengals’ hopes. While I still felt the jury was out on Dalton until the post-season, there is little doubt in my mind Cincy have a legitimate chance of enjoying a deep Super Bowl run with him under centre. It’s also harsh on Dalton, whose comeback from being roundly booed at a baseball game ahead of the campaign was one of the year’s great stories.

The only hope is that AJ McCarron can do a job in his absence and Dalton might be able to come back for the latter part of the playoffs. For that to materialise, though, you feel the former Alabama star will have to lead his team into Mile High two weeks from now and leave with the W. That would almost certainly secure an all-important first-round bye, and potentially mean a Dalton playoff TD pass could happen!

Cracks Remain In The Pack

Loathe as I am to once again pour cold water on hyperbole surrounding the Green Bay Packers, it’s an urge I cannot resist having awoken to headlines talking up their Super Bowl chances all of a sudden. I guess those people are ignoring the fact that Green Bay’s offense truthfully didn’t look a great deal better than it has over the last few weeks in the 28-7 win over the Dallas Cowboys. Eddie Lacy is looking like a beast once more, but that was the case before he ended up in the doghouse as opposed to any grand Eureka Moment now that Mike McCarthy has took the play-calling reins again (he posted back-to-back 100-yard games against Minnesota and Chicago). However, Lacy couldn’t stop a five-drive span in 20 minutes where the Packers were forced to punt on each occasion, nor could he mask the obvious remaining deficiencies in the passing game.

The final score looked relatively impressive as Green Bay feasted upon an unravelling Dallas outfit with a couple of late touchdowns. However, it’s also fool’s gold and the fact Green Bay were only seven points ahead entering the fourth quarter against a team whose offense is redefining the word anaemic is a cause for concern. So maybe it’s time for those desperate to talk up the return of the Packers as we know them to slow their roll; we’ll know an awful lot more after their final three regular-season games; they are at Oakland and Arizona prior to a home game versus Minnesota. 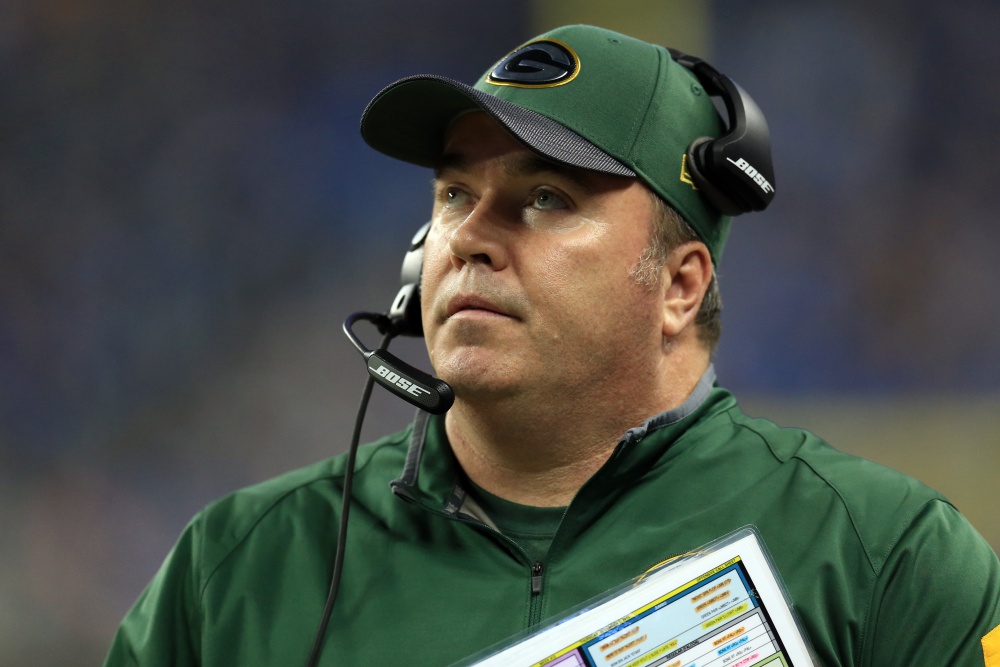 Just as Dan Quinn received understandable praise for overseeing a stunning turnaround early in his head-coaching career when leading the Atlanta Falcons to 5-0, he should now be scrutinised. The nature of the NFC South team’s collapse has been stunning. That nobody was surprised when were blown out 38-0 by their division rival Carolina Panthers in the first quarter was telling, for Atlanta – who have lost their last six games – are currently playing like the worst team in football. The defense is giving up big plays without a fight and Matt Ryan looks a shadow of the player who once led the Falcons to the brink of the Super Bowl. Even Julio Jones, who earlier in the campaign was believed to be the undisputed best wide receiver in football, isn’t making any plays. I’m not suggesting for one moment Quinn’s position should be under the spotlight, but there’s little doubt the grade on his maiden year at the helm is dwindling by the week.

Bowled Over By Todd

On the opposite end of that spectrum, it’s time to throw real credit at New York Jets rookie leading man Todd Bowles. It appeared Gang Green’s season was teetering on the brink of irrelevance when they suffered a fourth defeat in five games at the Houston Texans in Week 11. However, that wasn’t going to sit comfortably with the usually reserved Bowles – who deserves all of the credit for the Jets’ stunning turnaround since.

Bowles attracted attention early in his tenure for almost being the anti-Rex Ryan, a guy who doesn’t get too high after wins or too low after losses. He is, by and large, a figure of complete calm. However, all reports suggest the 52-year-old altered his method significantly following that Texans loss and ‘went off’ on his team. Whatever he said appears to have worked, with the Jets putting together a three-game winning streak since to sit in a wildcard spot. You never want to get too excited too early, but that kind of ability to take the pulse of your team and know what is required can be hard to find. It appears New York have a good ‘un. 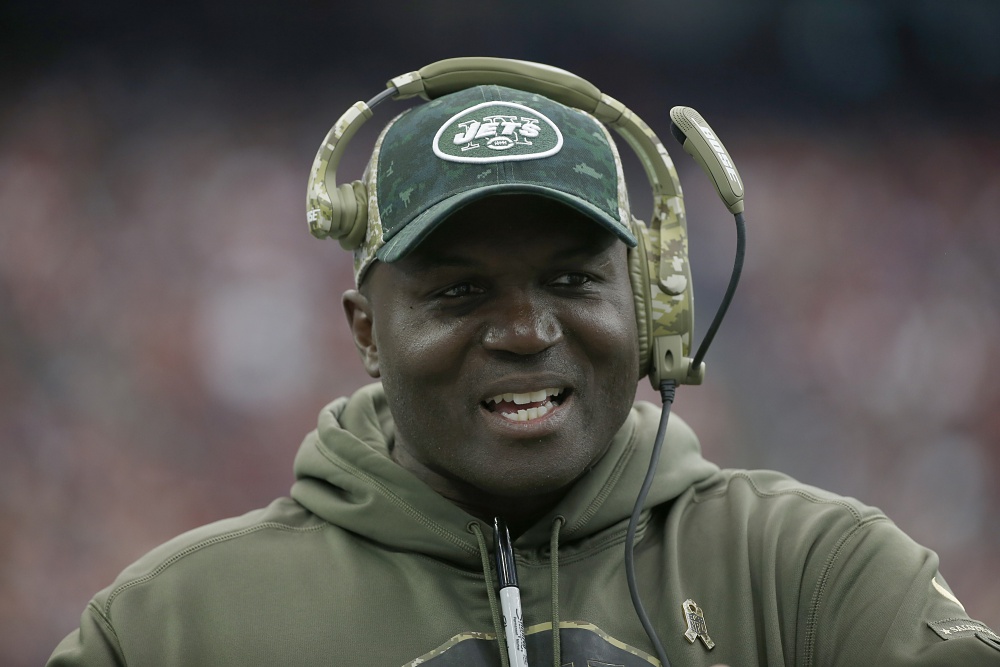 A Cap Tip To Fipp

Want an under-the-radar option as the yearly head-coaching carousel edges closer? How about Philadelphia Eagles special-teams coach Dave Fipp? His unit has been fantastic over the last two seasons, epitomised by their finishing first in the 2014 special­-teams rankings compiled annually by The Dallas Morning News. Most importantly, though, Fipp’s group may just have saved Philly’s season and, perhaps, Chip Kelly’s job. Having led the way in last week’s unlikely upset at New England, they were at it again in the crucial tilt against the Buffalo Bills as Jaylen Watkins produced a key strip of Bills punt returner Marcus Thigpen, a turnover that Sam Bradford capitalised on by producing a long touchdown bomb to Nelson Agholor. Those orchestrating football’s third phase often get overlooked in the head-coaching stakes, with the Baltimore Ravens’ John Harbaugh the last man I can remember upsetting the trend of ignorance. He is now one of the league’s outstanding head coaches; perhaps it’s time to give these hidden gems a closer look?

It may not feel like it given the nature of their loss, but Thursday was a very good evening for the Minnesota Vikings. Entering Arizona on a short week was going to be tough enough, even without the best players at every level of their defense being unavailable. The Vikings were without dominant defensive tackle Linval Joseph, star linebacker Anthony Barr and brilliant safety Harrison Smith for the meeting of likely NFC playoff teams, yet still held the Cardinals to 23 points. Plus, they were in position to tie the game before Teddy Bridgewater committed the Cardinal Sin of giving up a game-ending strip-sack. The arrow is certainly pointing up for Minnesota, who showed me something that appeared missing when they meekly succumbed to the Green Bay Packers and Seattle Seahawks in recent weeks. 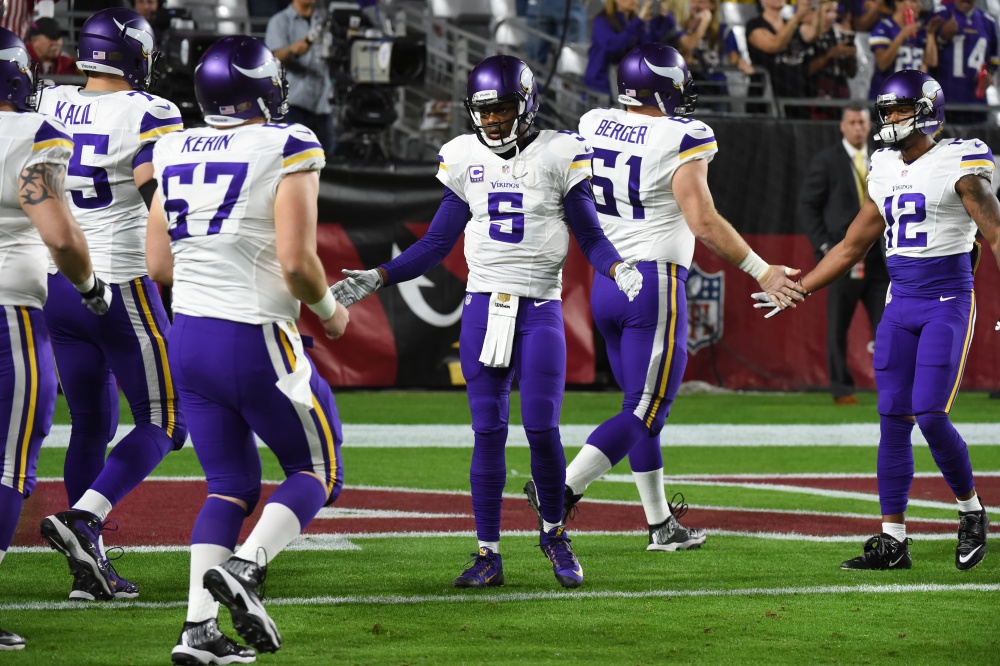 I realise the NFL schedule-makers have a tough job, but Sunday’s slate of games was ridiculous. Eleven early fixtures and just two, none of which were all that inspiring, late is not a good mix. There were too many match-ups to keep track early on and then not enough to have the necessary entertainment afterwards. Come on guys; think of your Red Zone viewers!