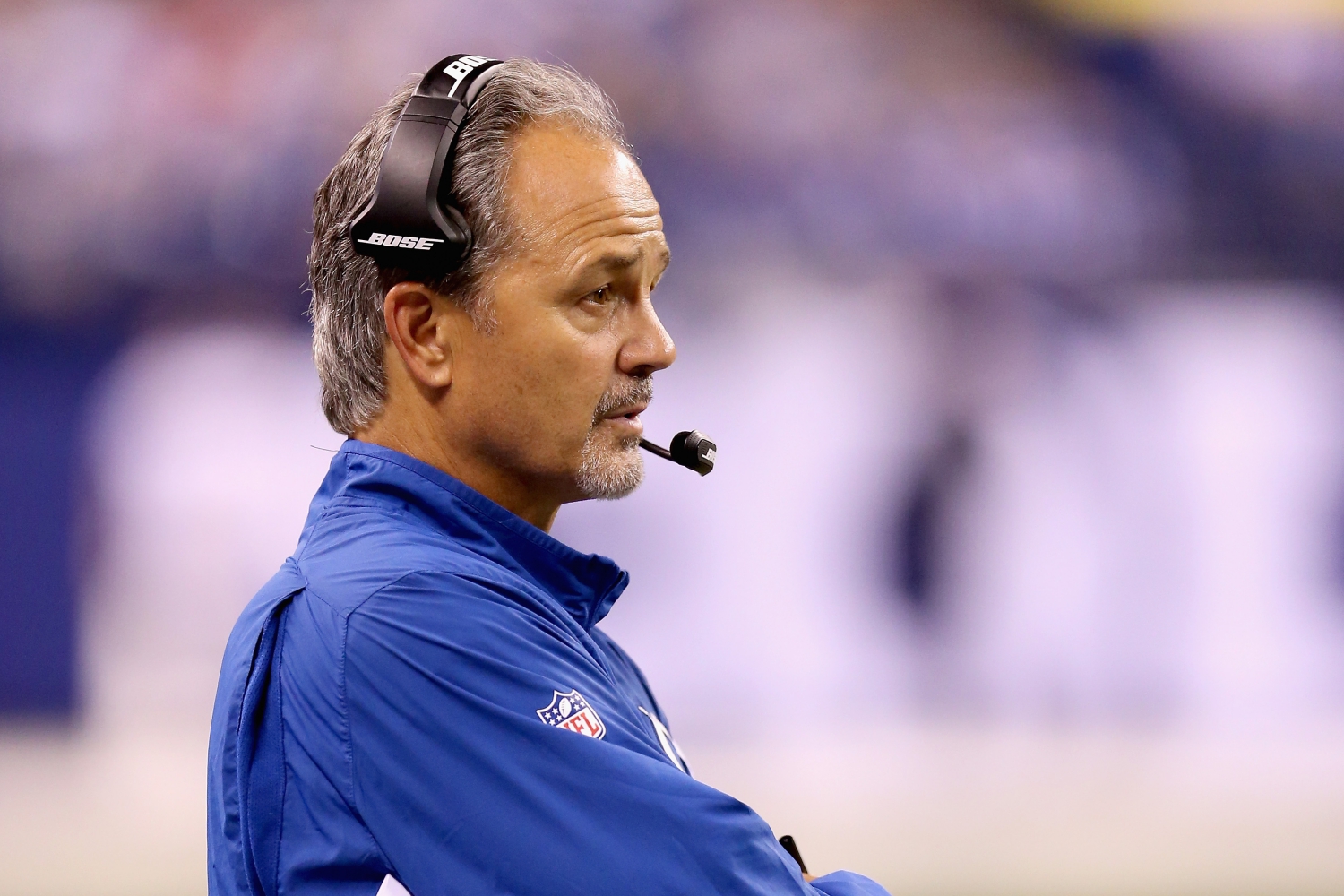 Cam Newton throttled the Legion of Boom (Busts?) in Seattle; the New England Patriots exacted a measure of Deflategate revenge and Denver won in spite of Peyton Manning again. Week 6 is in the books and editor Matthew Sherry’s picking the bones from it.

If the rumours are correct that, barring a Super Bowl win, Chuck Pagano is likely to lose his job as Indianapolis Colts head coach at the season’s end, then I respect his bold approach to the game against the New England Patriots. The Colts went for it on a critical fourth down, attempted a ‘surprise’ onside kick and generally were pretty aggressive. That losing by seven points ultimately flattered them in the game billed as the Pats’ Deflategate revenge mission was besides the point; Indianapolis, as all opponents should against a superior opponent, played to win.

However, there’s a caveat – and it’s a big one. The now-infamous fake punt is an exception (if you haven’t seen it yet, watch here). A major, major exception. Why a coach in Pagano’s aforementioned position would ever call such a play is completely baffling. The former Baltimore defensive coordinator has a very good head-coaching record and should be plotting how he can convince another NFL owner or general manager to hire him if Indy part company. Instead, he’s now forever going to be associated with a moment so ridiculous it will put some decision-makers off. Not your best night, Chuck.

The Grass Is Greener In Miami

If there were any Miami Dolphins fans unhappy after Joe Philbin’s sacking (it’s a quiet group if it exists) then I can’t imagine they are feeling too disappointed at this stage. Mid-season coaching firings are rare in the NFL simply because so much goes into the schemes that are executed every week. Coaches spend whole off-seasons developing their playbooks for a given campaign, making wholesale changes a difficult ask. However, there are exceptions – and Miami was one of them.

In South Beach, the problem wasn’t scheme, albeit with the exception of on defense, where coordinator Kevin Coyle was fired. The main issue was culture; simply put, nobody was playing for lame duck Philbin. He was, therefore, replaced by a man who’s his antithesis: former tight ends coach Dan Campbell. The turnaround has been spectacular. There are numerous snippets you can pick out from the Dolphins’ 38-10 thumping of the Tennessee Titans, but this stat stands out: 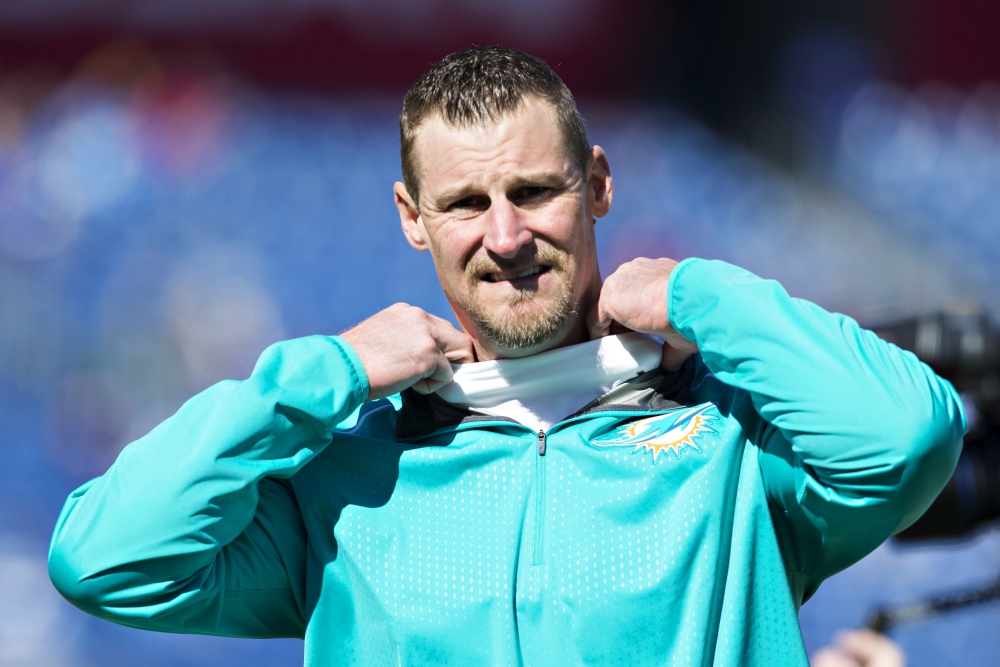 I love Pittsburgh Steelers head coach Mike Tomlin, but some of his in-game decision-making is a shambles. It’s been on show throughout the last three weeks. Firstly, there was the loss to the Baltimore Ravens, where Pittsburgh inexplicably had finished quarterback Michael Vick attempt to throw across his body to Antonio Brown on a crucial fourth down; secondly, there was the fortuitous-but-ultimately-successful, game-winning decision to run the ball with Le’Veon Bell out of the wildcat at the conclusion of last week’s Monday Night Football, when kicking a simple field goal would have forced overtime; and this week, there was the ludicrous choice to go for two points when leading 12-10 against the Arizona Cardinals.

The background to the decision is that Pittsburgh have successfully rolled the dice following touchdowns a few times this year. However, those calls were made with Ben Roethlisberger and not Landry Jones at quarterback, and when Josh Scobee was missing every time he attempted a kick. On Sunday night, new kicker Chris Boswell had made two near-50-yard field goals prior to Tomlin’s moment of madness (he was 2-0 after as well, including a 51-yarder). The result of Pittsburgh’s attempt was Jones throwing an interception. It didn’t matter in the end as Pittsburgh secured a highly-impressive 25-13 win, but that doesn’t mean Tomlin shouldn’t be reassessing his call.

Butler’s A Safe Pair Of Hands

Kyle Shanahan seems the popular choice in the Assistant of the Year debate, which is understandable given the manner in which he has revolutionised the Atlanta Falcons’ offense. However, I think there’s an under-the-radar option who isn’t getting anywhere near enough credit: Pittsburgh defensive coordinator Keith Butler. Number 13 on Gridiron’s Defining Figures Of 2015 list in Issue XV, the man tasked with replacing the legendary Dick LeBeau got off to a disastrous start when his unit looked a complete mess in the opening-night loss at the Patriots.

However, the turnaround since has been spectacular. In the ensuing five games, the Steelers have conceded the following: 18, 12, 23 (in overtime), 20 and 13. Many felt the numbers were fool’s gold in the first three of those fixtures, against the anaemic offenses of San Francisco, St. Louis and Baltimore. Consider those questions answered, especially after Sunday. To hold an Arizona offense that – as well as being the best in the league in points per game – was desperate to win for a head coach who the Steelers famously attempted to retire after an illustrious spell as their offensive coordinator is a remarkable effort. 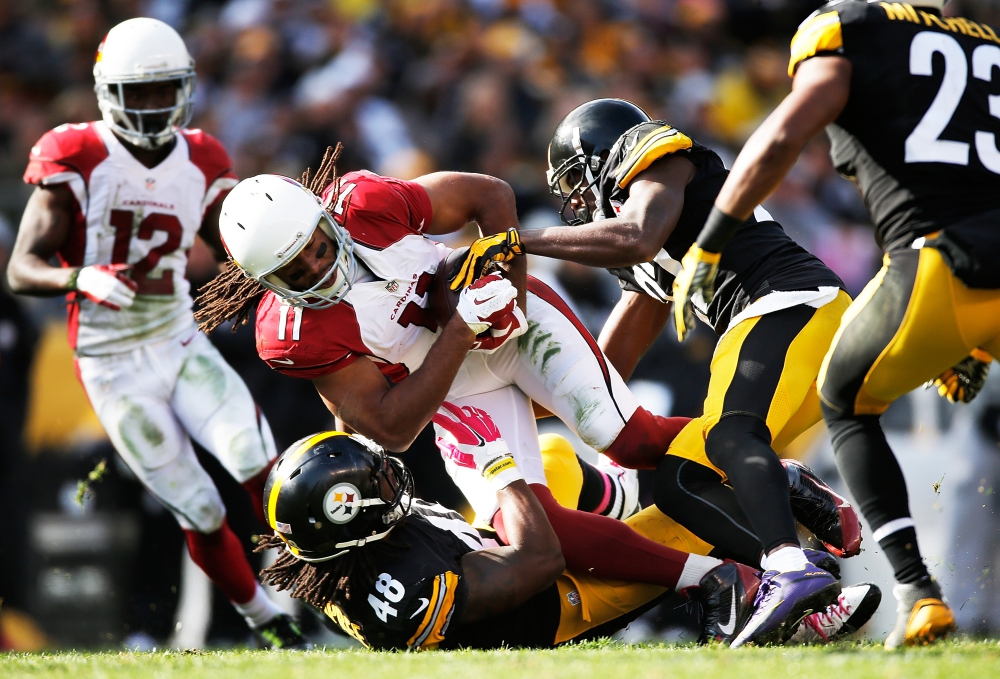 As the editor of a magazine publishing an issue featuring an exclusive with Kanas City Chiefs stud Justin Houston next week, I watched Andy Reid’s squad against Minnesota with hands over my eyes. Tipped by many to be battling it out for a Super Bowl berth come January, the Chiefs find themselves a miserable 1-5 following their 16-10 defeat to the Vikings. They’re without star running back Jamaal Charles for the remainder of 2015 and appear to be playing for pride from here on out, even in the ridiculously weak AFC. My biggest takeaway from Kansas City’s grim start, though, is that they have to begin looking at alternatives at quarterback. Alex Smith’s limitations are exposed even more without the irrepressible Charles and, in Chase Daniel, they have a signal-caller on their roster who probably gives them a better chance. Unfortunately, I can’t see Andy Reid pulling the trigger. PS. Buy and read the magazine; it’s still really, really good!

Rowdy Rex Needs To Quieten Down

WLWLWL. That’s the Buffalo Bills’ season so far. It’s a telling trend, and one that reflects poorly on their head coach. Since 2012, Rex Ryan teams are 2-17 in the game after a win. TWO AND SEVENTEEN! Watching the Bills on Sunday, it’s easy to see why. Buffalo were, as they have been for much of the year, an ill-disciplined rabble. It’s hard to shake the impression that Ryan’s squads celebrate every win like it’s the Super Bowl, struggle to get themselves up for the next week and ultimately lay an egg.

One other thought on Rex. When you start the season by telling reporters that you KNOW your defense will lead the league, you really are setting yourself up to be bitten on the arse. That’s a hard thing to do. It didn’t seem too outlandish when he said it; the Bills were fourth in 2014 and inheriting, in Rex, arguably the outstanding defensive mind in the entire NFL. Instead of being that good, though, the Bills are giving up 23.2 points per game. That leaves them 16th in the league, while Ryan’s former team – the Jets – top the pile in all categories. Maybe it’s time to keep your mouth shut, Rex? 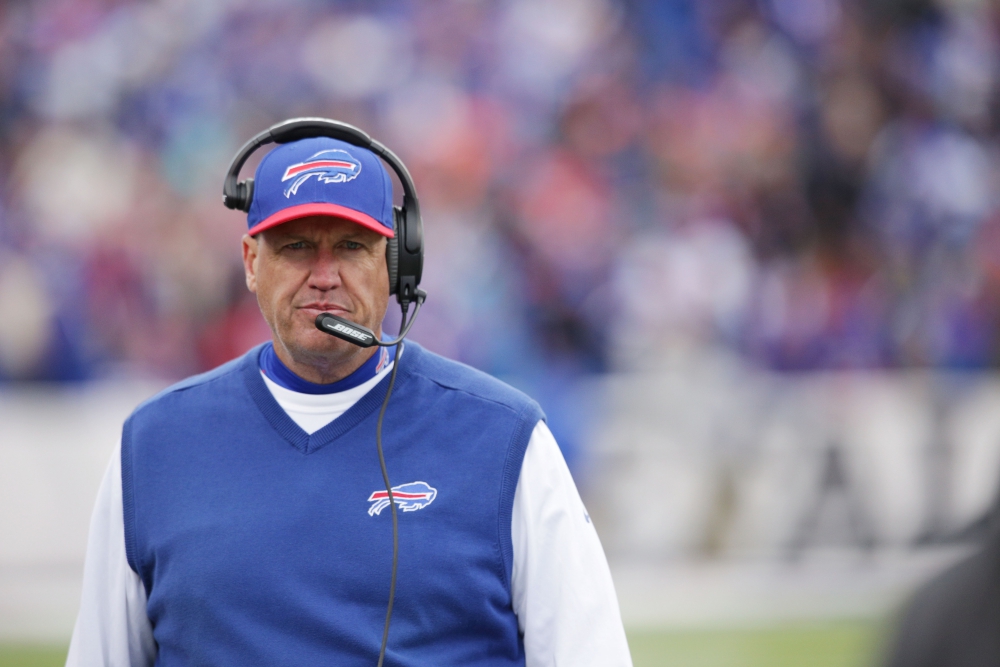 This really isn’t the same Seattle Seahawks team. Their defense has gone from a unit that would always rise up in big situations to one that crumbles at the first sight of a potential game-winning drive. I don’t want to take the focus off Cam Newton, who remains my MVP for the season so far, but the manner in which teams are effortlessly driving down the field on Seattle is amazing.  The final word: the Seahawks have held a lead in the final quarter of every game this year and been outscored 55-27!