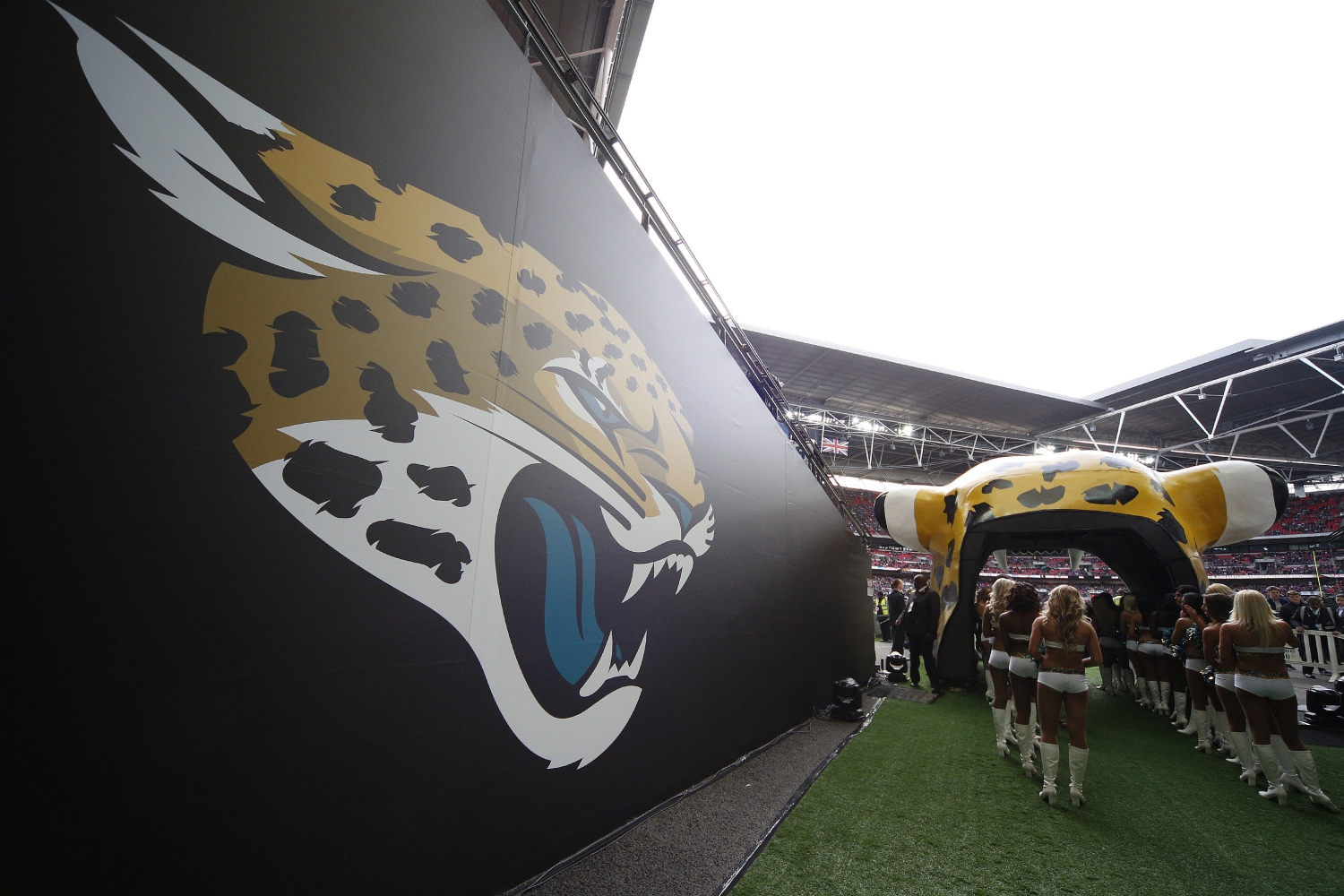 On the week Jacksonville announced they will be returning to London every year through 2020, the Jaguars finally picked up a W at Wembley! Matthew Sherry discusses the boys from Florida and the rest of the week’s action in this edition of Tuesday Morning Touchdown.

“Jags gonna Jag because Jaggity is Jaggity and Jags gotta do what Jags gotta do.” That was the takeaway from Bleacher Report writer Mike Freeman on Twitter after a Blake Bortles pick-six put the Buffalo Bills, at one stage 27-3 behind, 31-27 ahead with just over five minutes remaining in the year’s second International Series Game. And then something very un-Jags-like happened. Bortles began connecting with his emerging star Allen Robinson; Buffalo defensive back Nickell Robey gift-wrapped as stupid a pass-interference penalty as you’ll ever see; and Bortles hit his other stud young wide-out, Allen Hurns, for the decisive 31-yard touchdown.

To say Jacksonville needed that in this stadium is an understatement. Moving to 0-3 at Wembley on the week it was announced they’d be back every year through 2020 would have been a disaster given their start to the game. There’d have been talk of hoodoos and boo-boos. Instead, though, the Jaguars exited the field with a crucial W that kept alive their season.

The three men at the centre of that aforementioned game-winning drive are the reason British fans shouldn’t be rolling their eyes about more Jags. Bortles is spotty but, given how raw he was coming out of UCF, his improvement this year has been exceptional. Jacksonville have their franchise quarterback, and he boasts that key ingredient all signal-callers need: weapons. In the Allen Brothers, Robinson and Hurns, they have a pair of pass-catchers to build around. They are so good that it’s easy to forget Marqise Lee, a second-round pick from 2014, has been sidelined through injury recently and tight end Julius Thomas is still to find his best form since injury. Speaking about the final drive, Gus Bradley said: “I thought he showed tremendous poise.  I thought the whole team did offensively, but he did.  He made some plays.  I thought Allen Robinson came up big in that series, and Allen Hurns just showed great poise.” Sounds like a man who knows what he has… 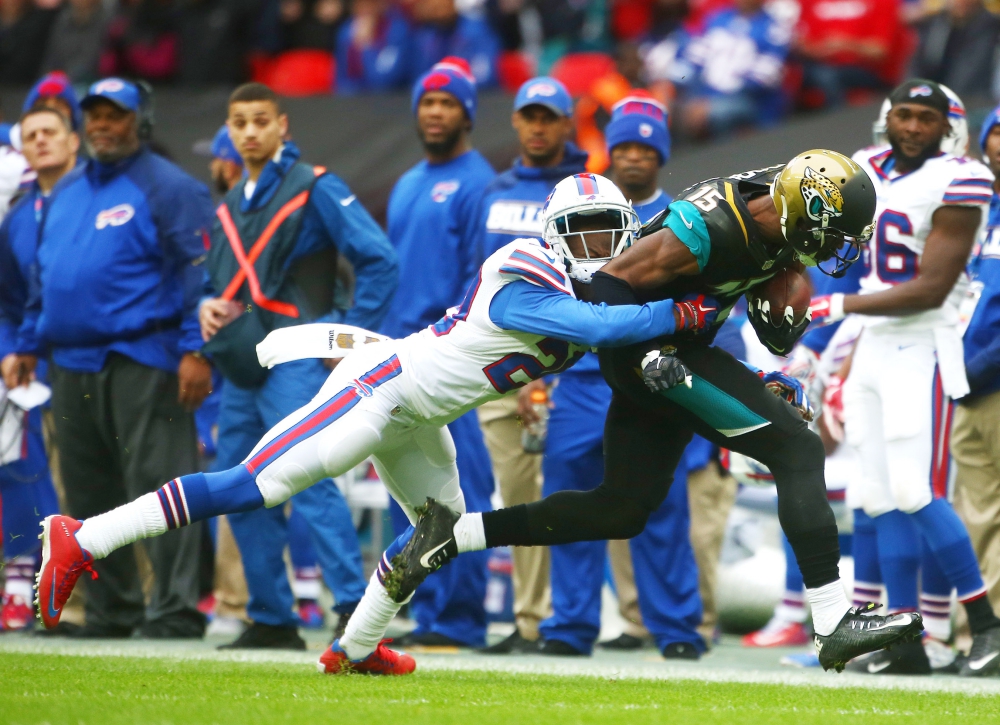 It’s worth remembering the part played by the Buffalo Bills in Sunday’s humdinger. This was a great game not because of great play, but in spite of some really average football from both sides. Yet in coming back from a 27-3 deficit and at one stage moving ahead, Buffalo showed incredible spirit that suggests rumours of players getting frustrated with Rex Ryan are a little wide of the mark. The Bills are banged up and played in London without their quarterback, best two wide-outs, a starting guard and important running back. That’s tough to overcome, especially when combined with a 24-point deficit. It may not seem like it, but their performance indicates that better days could lie ahead.

I had a fascinating chat last month with Kevin Kelley, the head coach of Pulaski Academy high school in Arkansas (buy Gridiron Issue XVII to see it). Kelley gained notoriety across the pond as the coach achieving huge success despite nearly always onside kicking and almost never punting. Our discussion was meant to centre around his latest brain wave: the use of laterals in his offensive gameplan. However, it became so much more as we began to delve into the conservatism that exists in football, and especially coaching.

I was reminded of that conversation Sunday evening when watching the Dallas Cowboys. As Matt Cassel dropped back to throw another pass that would end in an interception, it dawned on me that Dallas would be better off with a Tim Tebow or Terrelle Pryor-type at quarterback. Why? They have the best offensive line in football, so why not just get a running QB, run the option and let those outstanding blockers lead the charge.

The Cowboys have won ZERO games with Brandon Weeden and Matt Cassel under centre. So why not throw out the professional book for a few weeks and think outside the box? The reality is that it’s easier to explain a loss doing things ‘the right way’, rather than trying something out of the ordinary and failing. It cannot get any worse, so utilise your biggest strength (that O-line) and try something different. 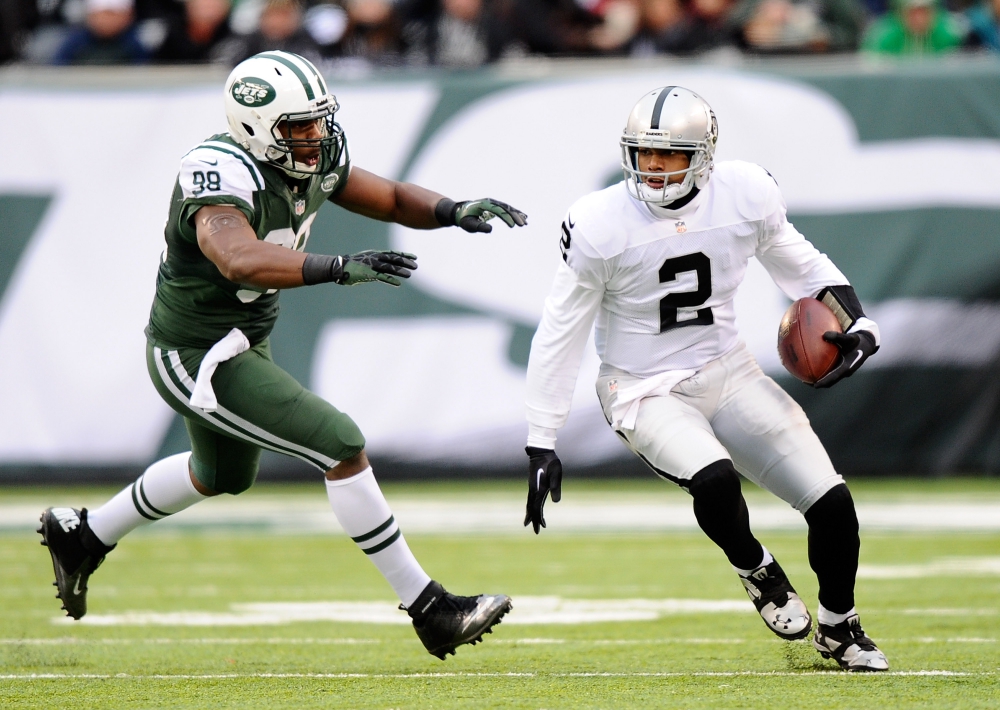 On the subject of the Cowboys, how disappointing is it to see Greg Hardy playing in the NFL? He is just a bad guy, end of story. I didn’t need to see him arguing with Dez Bryant on the sideline, or almost fighting with special teams coach Rich Bisaccia to know that, and nor should Jerry Jones. I understand Jones’ position: Hardy’s a great player and in the NFL, sadly, that’s all that matters. However, there comes a time when you have to draw a line in the sand and say enough is enough. I was certain that had come Sunday, with Hardy continuing to create headlines for all of the wrong reasons. I’m not for a minute suggesting I expected him to be cut, but a comment along the liens of ‘This is just unacceptable for a player of his past and if he doesn’t shake up, he can head elsewhere’ would have been nice. Instead, Jones had the nerve to suggest the defensive end was a ‘true leader’ on the Cowboys. If I’m a player in that locker room with any shred of human decency and self-respect, I’d take Jones to task on that assertion. A leader? Really?!

I cannot wait to see the Pittsburgh Steelers take on their AFC North rival Cincinnati Bengals this week. The timing is just perfect, with Ben Roethlisberger back to lead a Steelers offense that might just be the most explosive in the NFL. Pittsburgh’s defense, as touched upon last week, has been excellent since opening night and, to me, Sunday’s match-up will be a meeting of the conference’s best two teams outside of the New England Patriots. That fixture looks like the highlight of a fantastic week of action that sees the Pats take on a resurgent Miami on Thursday, before games like the Jets-Raiders (yes, that really is enticing this year) and Packers-Broncos take centre stage. I can’t wait! 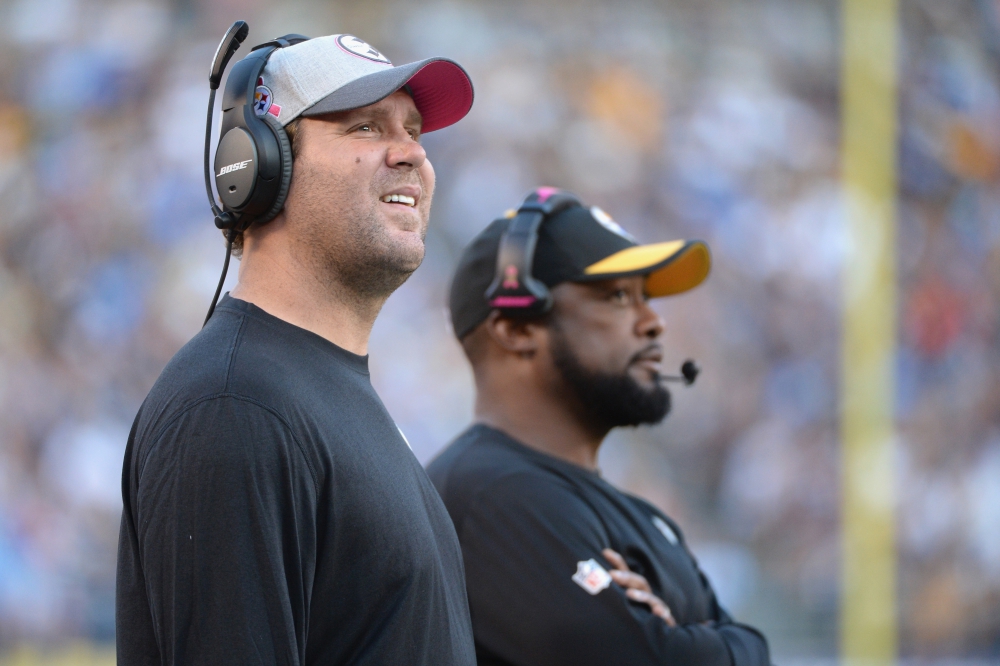 The Minnesota Vikings are really good. They were everybody’s dark horse team heading into the year and have continued to remain under the radar despite being excellent since a bizarre opening-week loss at San Francisco. Adrian Peterson is running well, Teddy Bridgewater is managing the game impressively and the defense is outstanding. Most pertinently, though, they have found a serious, unexpected weapon in the passing game in the form of wide receiver Stefon Diggs. As somebody who took a flier on him in my ailing 2-4 fantasy team, I basked in the glory of this circus catch that not only helped get me a much-needed W, but also took the Vikes to 4-2. Right now, Mike Zimmer’s men look a good bet to steal the final wildcard spot – even if I do expect Seattle to get their act together.