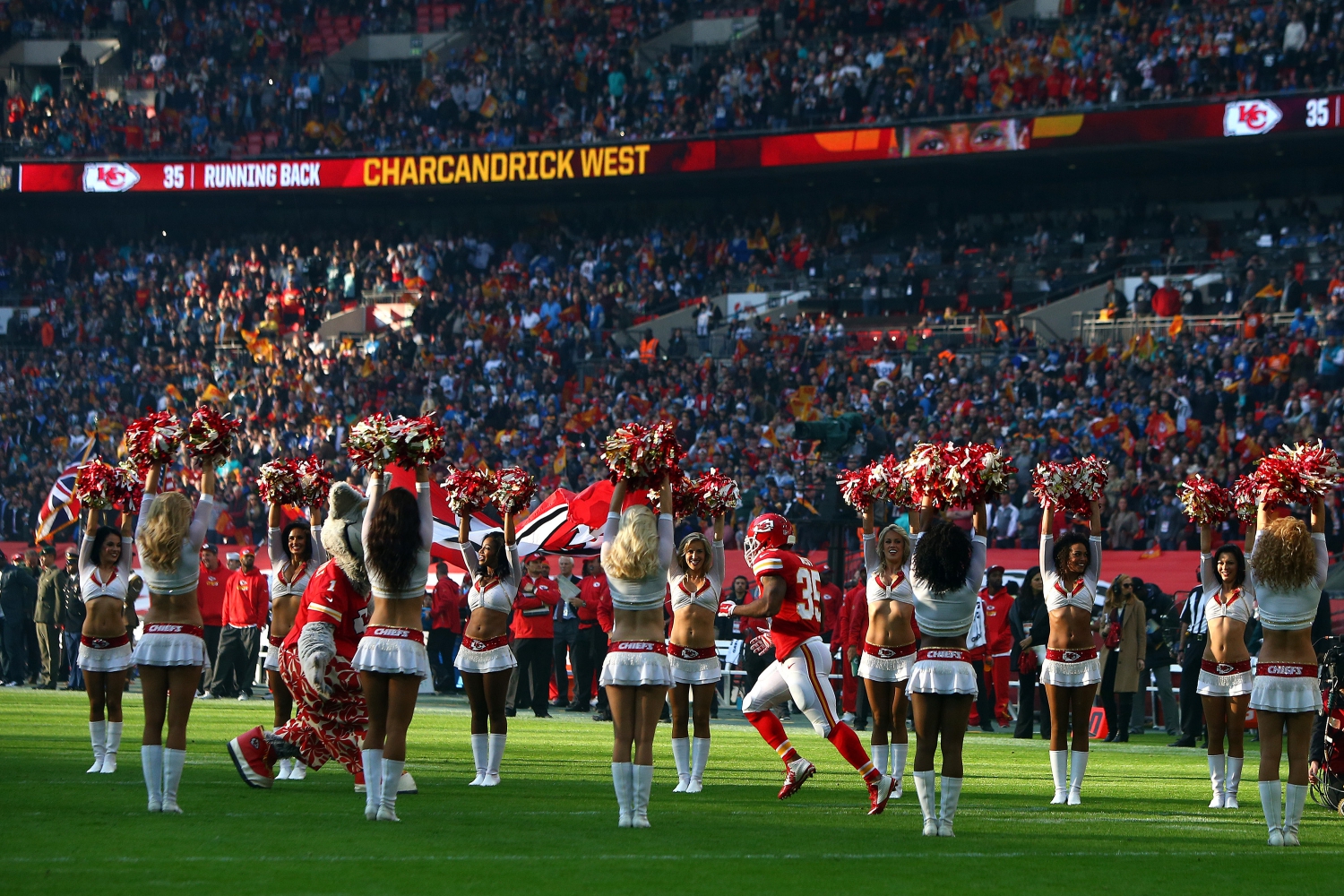 A 101-point thriller, Wembley Horror Show and battle of the unbeatens headlined Week 8. Gridiron editor Matthew Sherry assesses the best of the action in this week’s Tuesday Morning Touchdown.

The Chiefs Are Comin’

There has been a lot made this season about the lack of quality throughout the NFL, especially in the AFC. Yet watching the Kansas City Chiefs on Sunday was to see a team far better than their 3-5 record. Now that Sean Smith, who was outstanding against the Detroit Lions, is back in the fold, Kansas City boast an elite defense which is stout up front and sensational on the back end. Combine that with an offense that, in Travis Kelce and Jeremy Maclin, has genuine weapons to help the limited Alex Smith and you have a nice combination.

I actually think their early-season issues were largely a byproduct of an inability to recover from that harrowing Week 2 home loss to their AFC West rival Denver Broncos. While the hangover from that defeat, which they handed to Denver on a plate, doesn’t speak too well of the Chiefs’ mental make-up, back-to-back wins ahead of the bye (and since losing star running back Jamaal Charles) offer hope that the season isn’t lost yet. Andy Reid’s squad have a chance at redemption when they tackle Denver in Mile High next so, with the New York Jets and Pittsburgh Steelers coming back towards the pack in the wildcard race, there could still be hope of a playoff berth.

The Lions Have No Roar

Take everything I’ve just said about Kansas City, flip it on its head and it sums up my feelings on the Detroit Lions. They are a hot mess, sitting in quarterback purgatory with one of those passers too good to ditch, but not good enough to win championships with. If that’s not bad enough, they are playing for a lame-duck coach who seems destined to be out of a job come February. While Jim Caldwell will get much of the flack, though, it’s Stafford who should shoulder plenty of the blame. He is a former first overall pick with as much pure arm talent in the league, and yet that’s continuously undermined by some dreadful decision-making. It’s a trend that’s not looking like changing soon and if I was the GM, I’d be putting both Stafford and Calvin Johnson on the trading block and starting over. 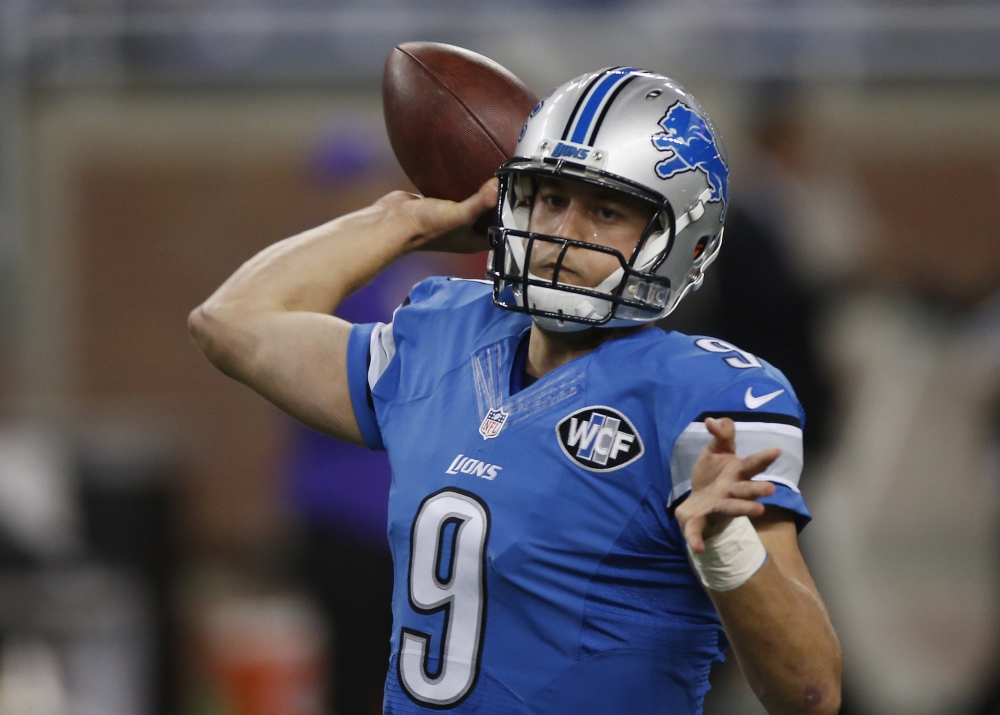 The Great Game That Wasn’t

If ever a year illustrated the difficulty of the task facing the NFLUK’s decision-makers when they are trying to put together an International Series schedule, it was this one. When the slate of games was announced, most people felt Detroit-Kansas City would be the best match-up, followed by the Jets-Dolphins and then the Jags-Bills. As it turned out, that needed to be flipped as the Jaguars and Bills played out a thriller, the Jets-Dolphins a stinker and the Chiefs-Lions a Horror Show that would have been apt had it came a day earlier. So don’t rush to any conclusions when the schedule for 2016, which sounds like it’s still a few weeks away, is released.

The nature of sports-media debate means you’re in one of two camps when it comes to Peyton Manning: he’s either finished, or still elite. The latter group were pretty happy on Sunday evening and my Twitter timeline was flooded by I-told-you-so comments suggesting talk of Manning’s decline had been greatly exaggerated. The truth, of course, is that it’s ridiculous to ignore six games of evidence on the basis of one solid outing against a Green Bay defense shown up for what it is.

I can’t remember seeing a game where receivers were more consistently open and, while Manning deserves credit for coming out looking improved following the bye, it’s way too early to suggest his supporters have been right all along. Remember, this is a unit Phillip Rivers torched for over 500 yards in Week 6. OVER 500! I know you lot in Cheesehead Nation will point to the fact that Green Bay led the league in fewest points allowed before Sunday, but that is fool’s gold. Over the first six games, they played the Bears, the Seahawks, the Chiefs, the 49ers, the Rams and the Chargers. So let’s see if Manning can put up a similar showing against a Kansas City defense that is beginning to click in a fortnight. 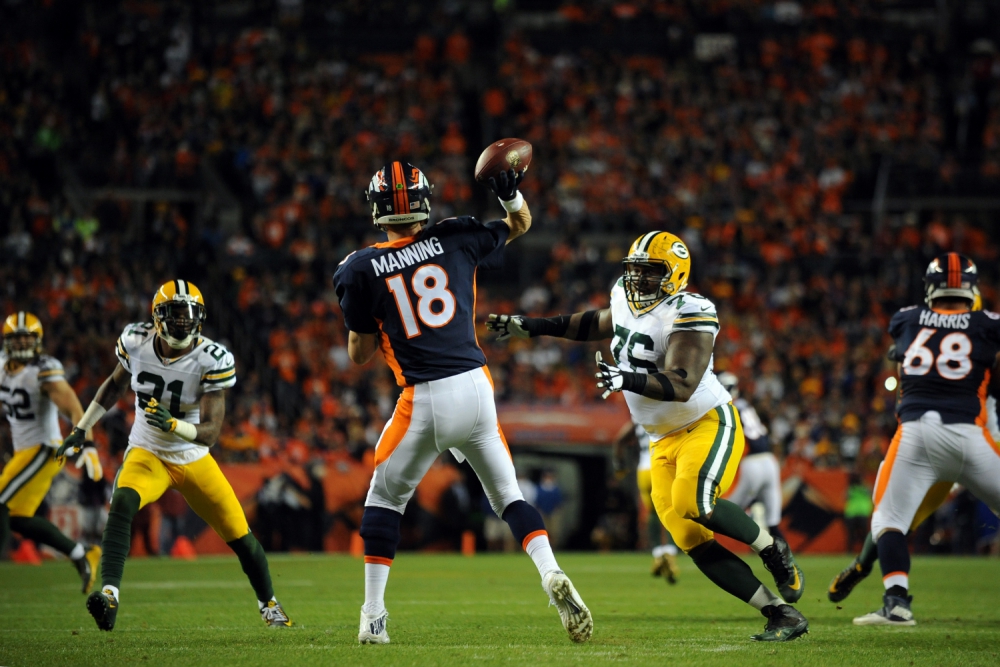 A Crack In The Pack

If the Green Bay Packers are the best team the NFC has then we really need to start reassessing our view on which is the NFL’s most dominant conference. I picked the Packers to win in Mile High largely because of a belief that Aaron Rodgers, coming off the bye, would have figured out how to get the offense rolling. At the time of picking, though, I had a nagging issue in the back of my mind: the Packers, frankly, had looked poor in recent weeks, even against some awful defenses (San Francisco). How would they fare, then, against a unit playing defense as well as any has since Seattle’s Super-Bowl winning group? The answer was grim viewing for Packers fans as Rodgers was again incapable of masking the skill-position deficiencies with Jordy Nelson out for the year. Green Bay have failed to reach 30 points in each of their last four outings, and increasingly seem a quality tight end and wide receiver away from mounting a serious challenge on the Lombardi Trophy.

A Breesy Day For Drew

So I guess some, including myself, wrote the obituary on Sean Payton and Drew Brees’ spell in New Orleans too soon. The Boys from The Big Easy are in the midst of a three-game winning streak and, at 4-4, closing the gap on an Atlanta Falcons team that has looked dreadful over the past three weeks. Brees, meanwhile, has thrown for 312, 255 and 511 yards over those games, racking up a cool seven touchdowns on Sunday to tie the NFL record for a game. The defense is still awful, illustrated by the 49 points given up against the Giants, but if Brees really is Brees again, the NFC needs to watch out. New Orleans’ next three opponents: Tennessee, Washington, Houston. How does 7-4 sound? 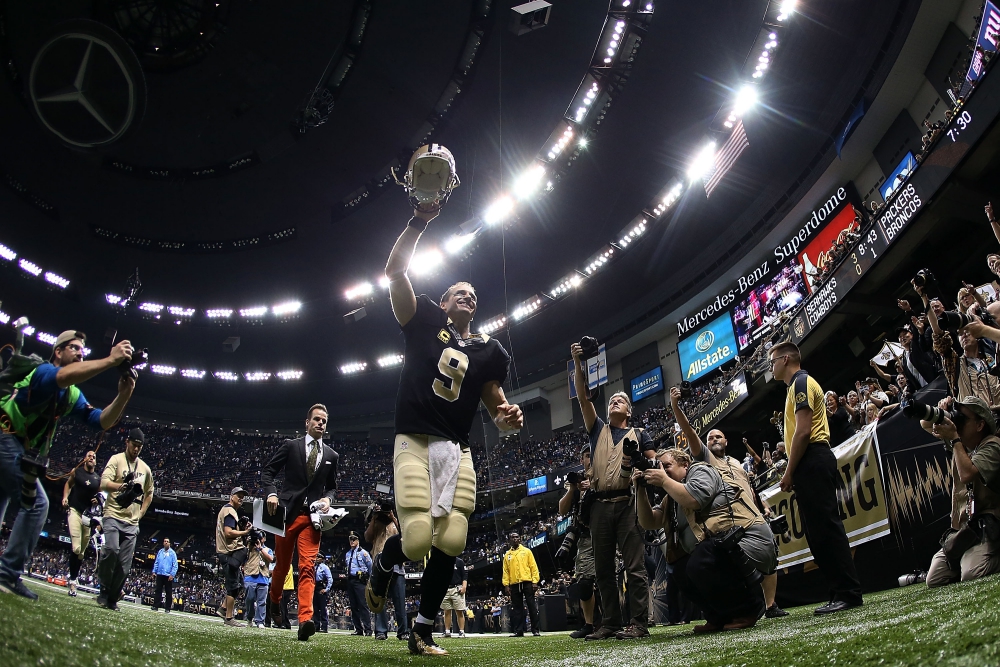 It’s a bad week to be a Pittsburgh Steelers fan. If losing superstar running back Le’Veon Bell to a season-ending injury wasn’t bad enough, they also had to watch a rusty Ben Roethlisberger hand Cincinnati Bengals a W in their crucial divisional game at Heinz Field. Make no mistake, Cincy and Andy Dalton (there were some Bad Andy moments) were not very good on Sunday. And yet they still got out of Pittsburgh with a W that pretty much ensures them a divisional crown come January.