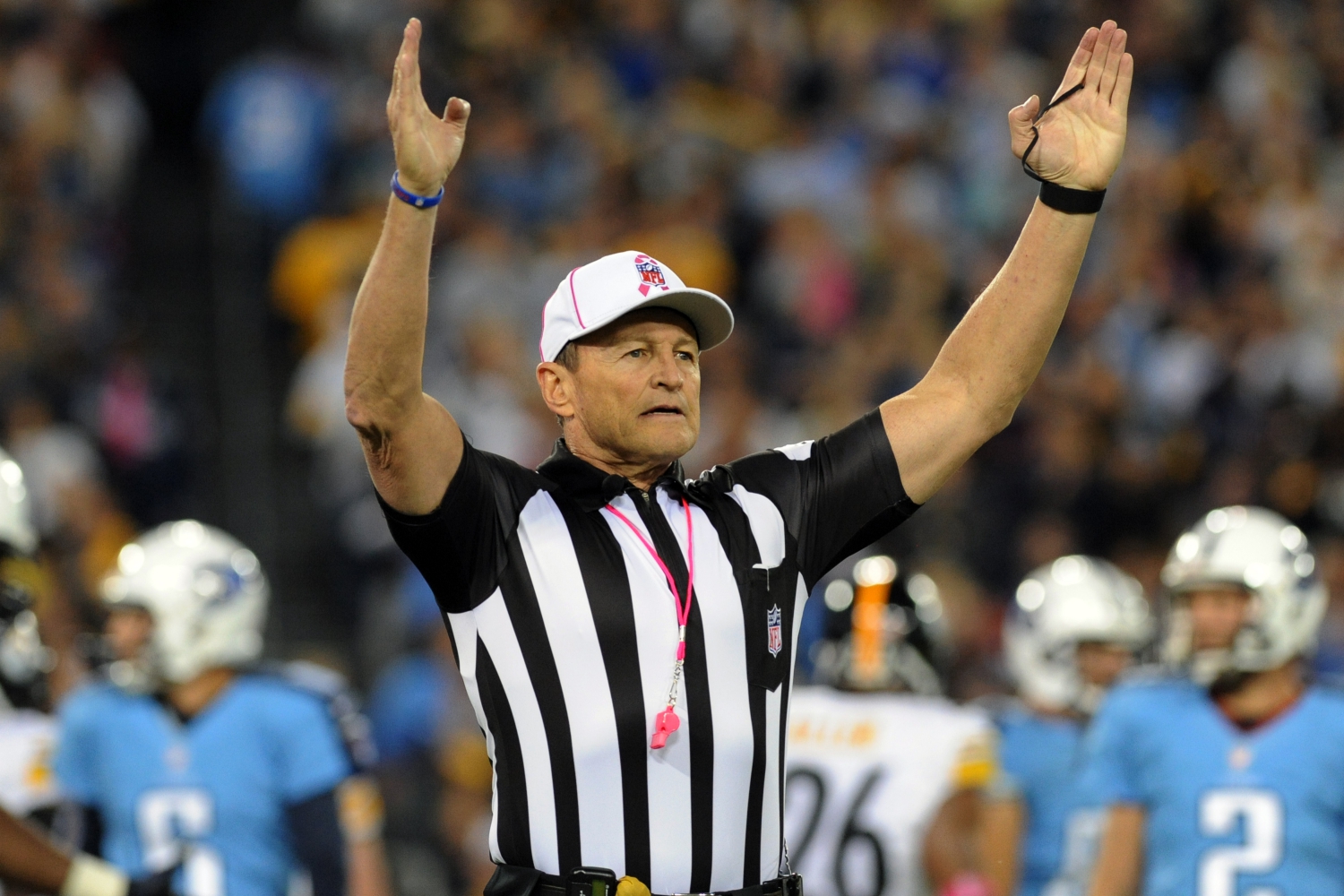 Will Peyton Bounce Back?

There was no sight more depressing last season than Peyton Manning stumbling into the playoffs, before exiting with a whimper on the back of a listless display at home to his former team, the Indianapolis Colts. His performance at Mile High that day was so poor it prompted me to pen this open letter, calling for the then-38-year-old to hang it up in the off-season. Manning didn’t listen and, after reluctantly agreeing to take a pay cut, he’s ready to don Bronco orange once again.

As such, there will be more scrutiny on the legendary passer than at any point since he came back from all those neck surgeries three years ago. Will he return as the Manning of 2014, or be the shadow of his former self we saw from Week 9 onwards last year? Even two-thirds of the guy from two seasons back is a better option than Brock Osweiler, who’s admittedly enjoyed a solid pre-season, but is that good enough to win another Super Bowl? That’s the benchmark for Manning at this stage of his career and unless 2015 ends with him getting a shiny new ring, his choice to come back will be a poor one. 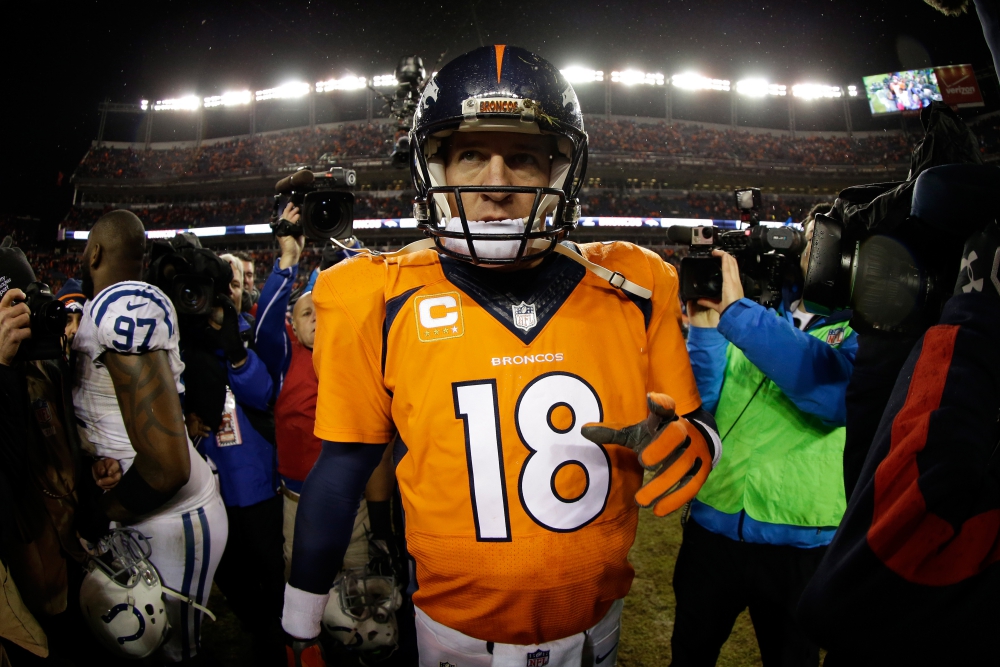 It’s not quite the exodus the Baltimore Ravens endured after their Super Bowl XLVII triumph, but the face of the New England Patriots changed this off-season. Darrelle Revis headed back to New York, and fellow press corner Brandon Browner was released. That means the Patriots’ defense will be doing things a little differently. They have the tools: a versatile cast of defensive linemen featuring potential young studs Malcolm Brown and Dominique Easley; a rusher in Chandler Jones who looks ready to ascend into the elite class; and an exciting group in the rotation, with former Cleveland Brown Jabaal Sheard and perennially underrated veteran Rob Ninkovich joined by rookies Trey Flowers and Geneo Grissom, both of whom impressed in pre-season. What’s more, their linebacking group, of Jamie Collins, Jerod Mayo and Dont’a Hightower, might be the best in football.

And then there’s the secondary. From Legion of Boom 2.0 to Legion of Busts. In fairness, Devin McCourty is a star and Super Bowl hero Malcolm Butler looks like turning himself from unlikely lad to starting stud. Beyond that, though, the cupboard is a little bare.  Can unheralded free-agent recruits Tarrell Brown and Bradley Fletcher, as well as descending third-year man Logan Ryan, do the job? The front seven will take the pressure off, yet there’s still plenty of scrutiny on the back end – starting against Ben Roethlisberger and Co. on Thursday.

Will Seattle Protect Their $88m Man?

The Seattle Seahawks have been lauded this winter for locking up more of the stars who secured back-to-back Super Bowl berths. It’s certainly a pretty outlook with Wagner, Wilson, Sherman, Thomas and Chancellor (although he’s in the midst of a holdout) all signed up to long-term deals. And now Jimmy Graham’s in the mix as well. Yet to focus on that can take away from the flat-out negligent treatment of one positional group: the offensive line. To secure Graham, Seattle gave up Max Unger, the one steady piece of Russell Wilson’s protection unit – albeit a piece marred by injury issues. The only notable starter remaining is left tackle Russell Okung, and he’s overrated. According to our friends at Pro Football Focus, Wilson has been the most pressured quarterback in the NFL since 2012. Can this unit of also-rans flip the script? They better; a third trip to the Big Dance depends on it.

What Next For RGIII?

It was two and a half years ago when, per a Washington source who spoke to Gridiron, NFL Rookie of the Year Robert Griffin III sat in an office with head coach Mike Shanahan and offensive coordinator Kyle Shanahan to break down what plays he wouldn’t be running the following season. No more read-option; he was going to be a drop-back passer, and they were going to like it. I couldn’t help thinking of that anecdote last week when current Washington head coach Jay Gruden ditched Griffin as starter for Kirk Cousins.

Cousins is a decent quarterback. However, that’s all he is. To be ousted by a young upstart who’s an unknown quantity is one thing, but Kirk Cousins?! The 27-year-old is sure to have his moments but, like most passers in the league outside of the elite, it’s his penchant for combining those with bone-headed errors that will prove decisive.

As for RGIII, where does he go from here? As someone who was electrified to an unprecedented level by this guy at Baylor and in that memorable rookie year, I sincerely hope not. My final comment, though, is to urge you to read this fantastic piece from Simon Clancy on the moment that changed it all. 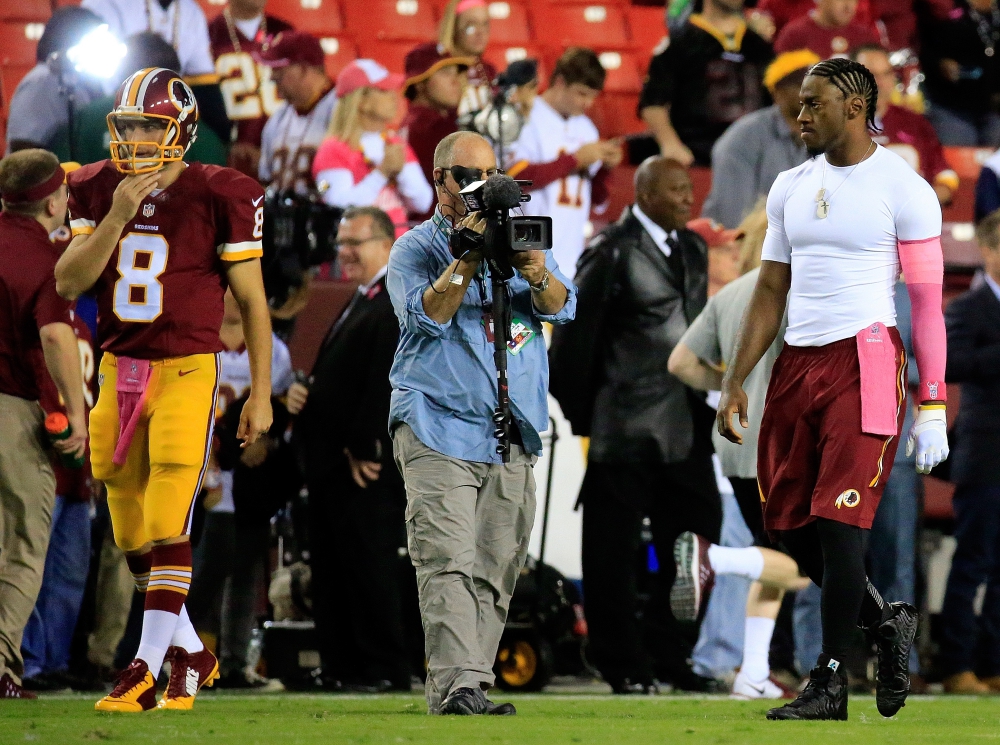 Does Chip Have The Right Ingredients?

I’ll never forget Monday Night Football two years ago. Philadelphia-Washington. Chip Kelly’s first game. Bang. Bang. Bang. Suddenly, the Eagles are 33-7 up in the third quarter, a margin that would have been bigger had Ryan Kerrigan not returned a Michael Vick lateral for a touchdown during Philly’s first drive. It’s fair to say, despite underrated returns (two 10-6 records and one playoff appearance is actually pretty good), the Chip Kelly Hype Train has never really picked up any steam since. How fitting, then, that Chip begins his defining campaign with another Monday Night Football fixture, this time against an Atlanta Falcons team attracting little buzz despite the fact they could be really good.

Why is this defining? Well, having wrestled personnel control from Howie Roseman, there’s little doubt this is now Chip’s team; the array of eye-raising off-season moves attest to that. So it’s prove-it time for Kelly as he attempts to show he really can change the way the NFL does things, and still win. I, for one, am a believer in his genius but, for many, it’ll be a case of seeing is believing…

Are The Cards Legit Again?

Perhaps the forgotten part of last season is that, for a long time, the Arizona Cardinals were the best team in the land. Not the Patriots. Not the Seahawks. Not the Packers. No, it was Bruce Arians’ boys out in the desert showing the way until Carson Palmer went and tore his ACL. Well, the quarterback is back and ready to start the season. Arizona are 15-3 in Palmer’s last 18 starts, and he’s healthy. Can he immediately get back to his best? He’ll need to in that division.

Keep your eyes glued on the Gridiron website and Twitter feed over the next day or so, because we’re very excited to be launching our own NFL Picks game. There’s weekly prizes on offer for whoever gets the most points, so make your choices, beat the Gridiron Team and collect your loot!