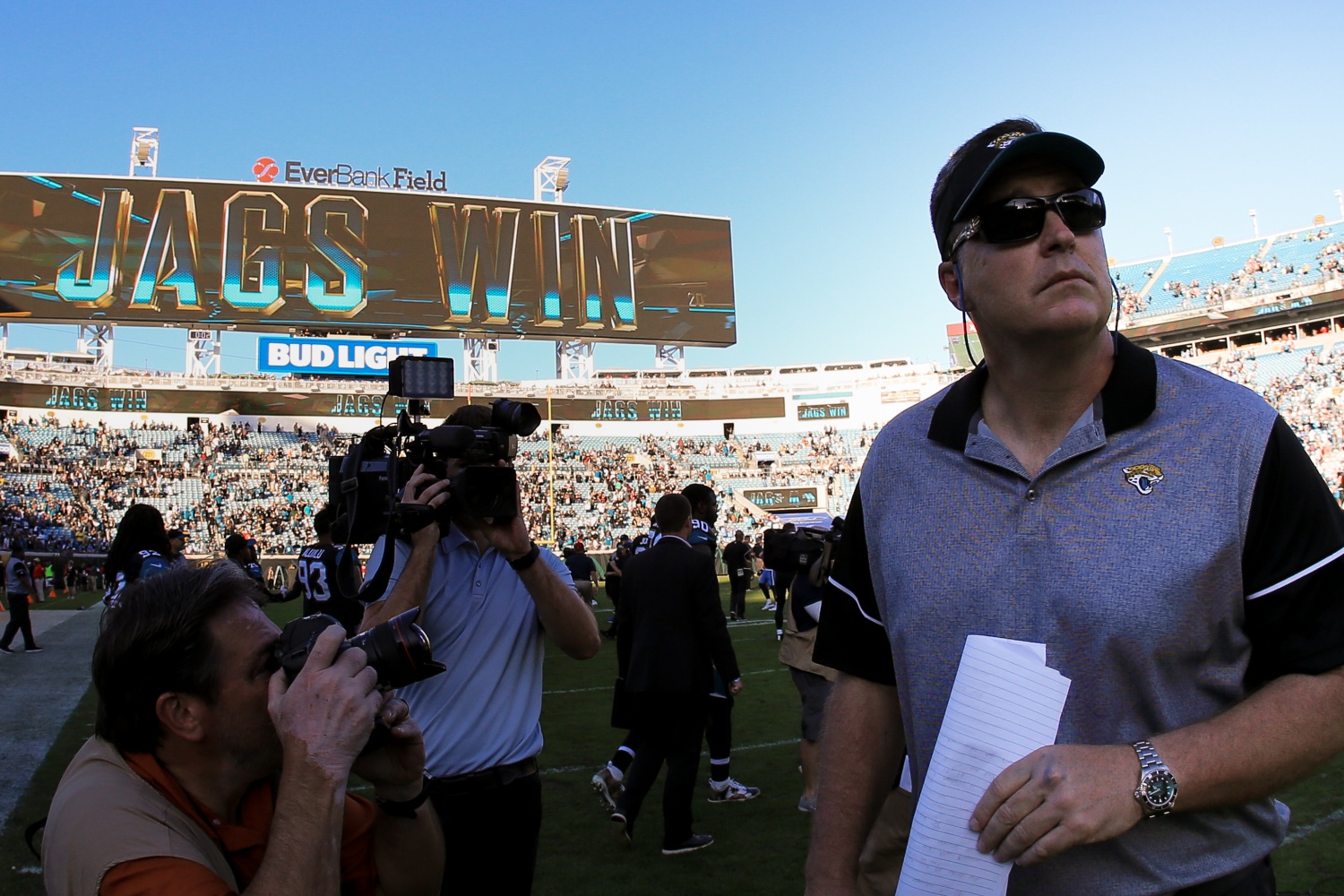 Jacksonville head coach Doug Marrone has put the Jaguars on notice that they must start winning more games in 2017.

For the past couple of years, the Jags have been adding significant talent to their roster, but positive results have not been forthcoming. Last season, Jacksonville went a miserable 3-13 and saw head coach Gus Bradley get fired as a result.

Marrone is demanding more of his troops this term, as the told The Reynolds Report: “I’m tired of people saying we have talent and we’re a talented team. I told our team, we haven’t done anything on the field. They need to not hear that noise. We have to find a way to win. That’s what has to change.

“The only way to do that is with hard work, winning the physical battle and winning the turnover battle. That is the fastest way to lose games in this league.”

Marrone served as the interim coach at the back end of last season before earning the job full-time this year. But he is not the only head coach in the building – his new boss is two-time Super Bowl-winning head coach Tom Coughlin, Jacksonville’s executive vice-president of football operations.

While some might consider that marriage to be strained, Marrone welcomed it with open arms: “It has been outstanding for me. I’ve always thrived in environments where there is strong leadership.

“Coach has been through so much and has much more experience than I have. I’m going to run the football team but I have coach there so I can say, ‘Hey, what do you think of this?’ And most people don’t have that. We have the same exact philosophy – it really is two people joined at the hip.”