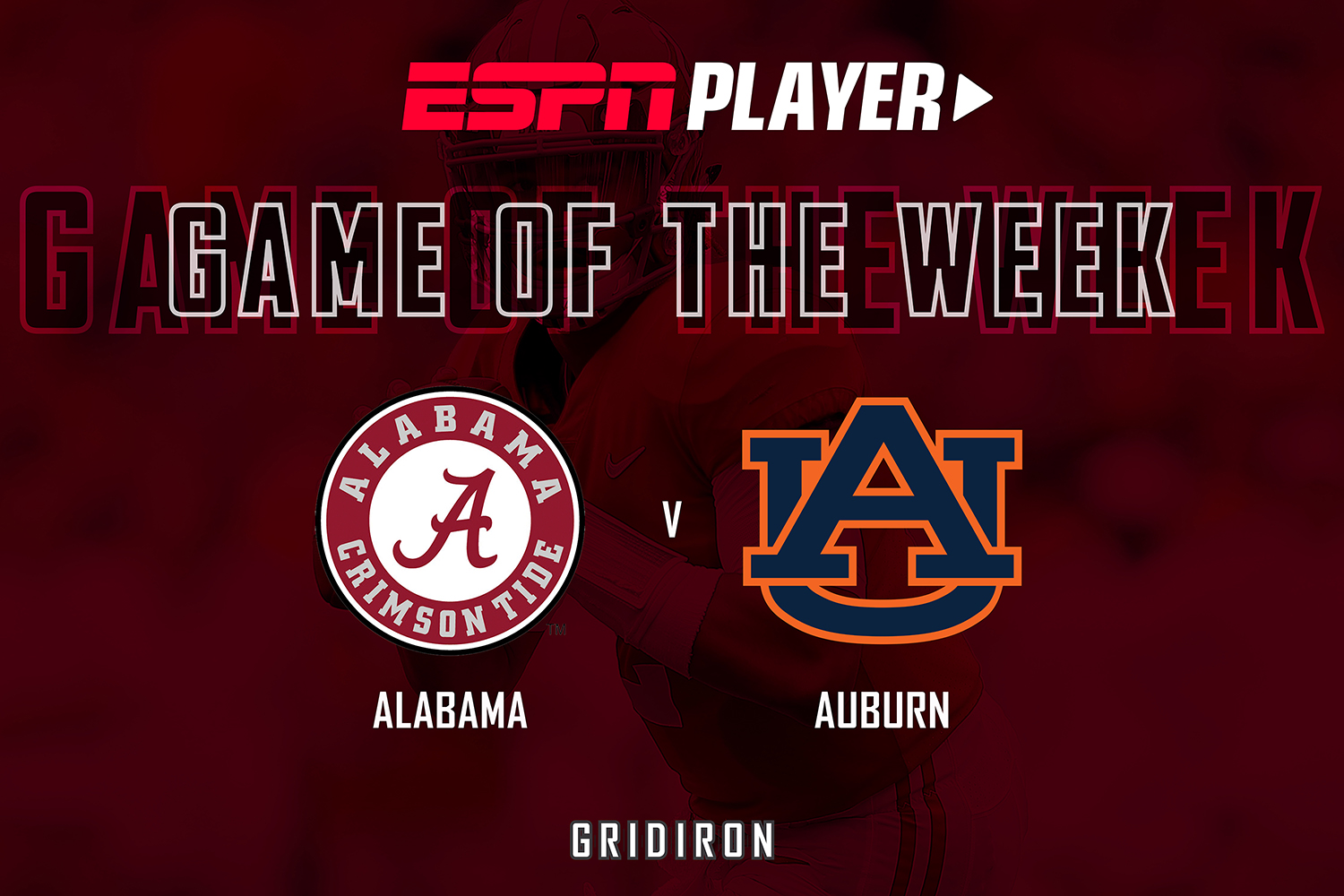 The Iron Bowl is rarely without consequence, carrying as it does the hopes and bragging rights of two of the SEC’s most fervent fanbases, but the 2017 edition has a little more riding on it than the ability to crow for 12 months…

Auburn might just be the kingmakers in the SEC right now – and stand a chance of putting that crown on their own heads. Having posed the toughest test for an unbeaten Georgia team just a couple of weeks ago – and emerged with an emphatic win that put the Bulldogs’ playoff ambitions in jeopardy – the Tigers now pose the same threat to Alabama, with an added dose of in-state rivalry for good measure.

Auburn, currently 6-1 in division, are just one game behind the Tide and, at sixth in the latest playoff rankings, the best-placed two-loss team when it comes to the selectors making their picks for the final four CFP contenders. Although the SEC Championship Game – and a meeting with already-confirmed Georgia – awaits the winner of this weekend’s game out on the Plains, a win for Auburn would make more than a few people sit up and take notice.

And there’s precedent here too… Four years ago, at the same venue, Auburn famously wrecked Bama’s 2013 season in an Iron Bowl victory that became known as the ‘Kick Six’ after Chris Davis returned a short field goal attempt all the way to the Tide’s end zone amid chaotic scenes on and off the pitch.

This time around, the Tigers boast an elite defense, but an offense that has shown itself to be a frustrating mix of explosive and inconsistent, having gone missing in the losses to Clemson and LSU. Whether or not they show up in this game could have ramifications that reach beyond the Iron Bowl.

Alabama will continue to ride with Jalen Hurts, one of the country’s best rushing quarterbacks but one who is prone to trust his legs to get himself out of sticky situations – even when it might not be the best option. Maybe over-reliant on WR Calvin Ridley in the passing game, Hurts has rushed 272 times for nearly 1,900 yards – and 21 touchdowns – in his two years under centre for the Tide but, if Auburn’s D can put the squeeze on Ridley, they may be able to exploit Hurts as well. The Tigers, however, need their offense to step up and, while meeting their recent 40+ points average is unlikely, the run game has to establish itself, if only to give QB Jarrett Stidham a chance to get the passing game going too.

Sportsbooks have Bama as a narrow favourite going into the game but, in rivalries like this, there is much more to factor in than simply how the teams look on the field.

To watch College Football live and on-demand every week, sign up for ESPN Player here.