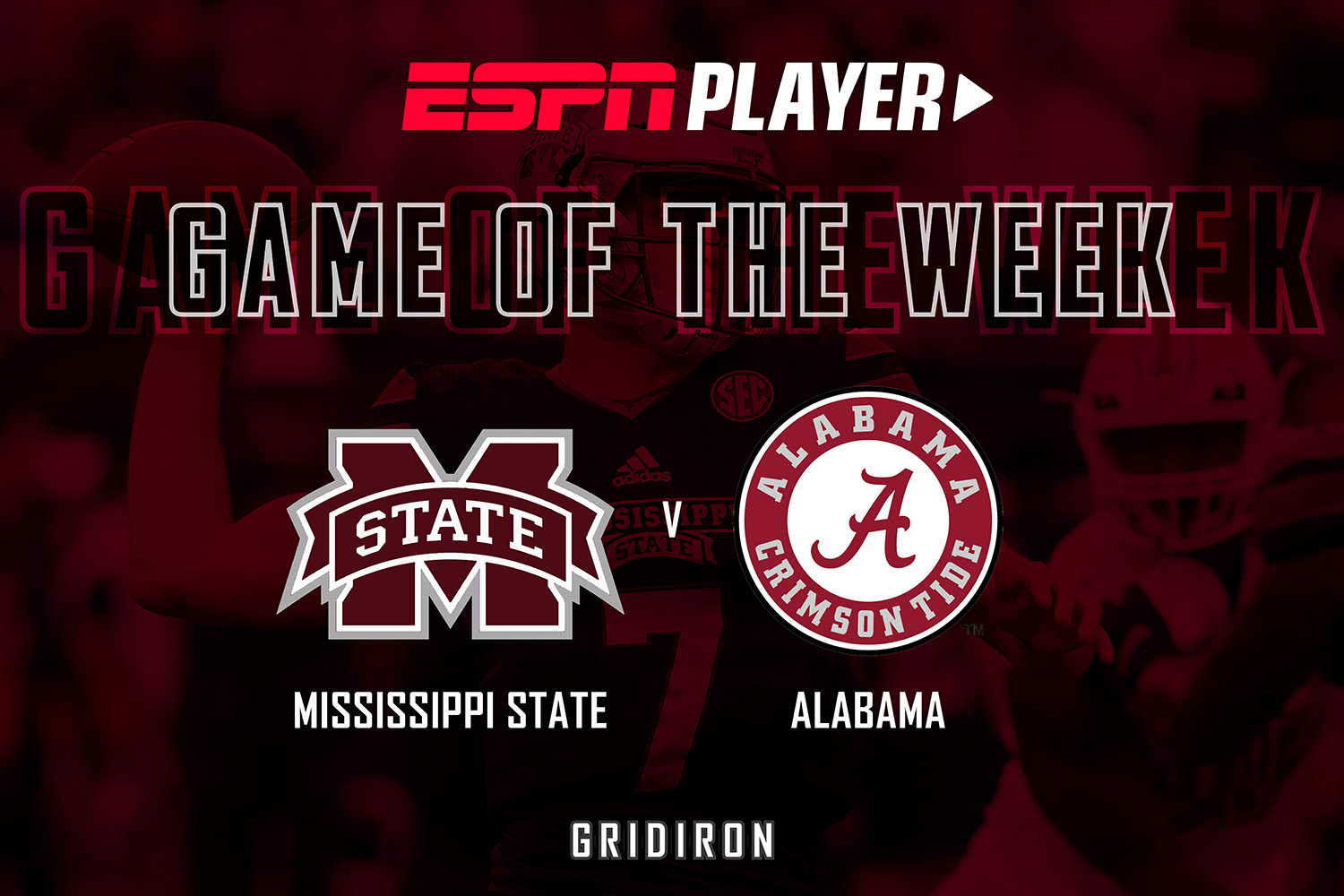 If the CFP battle looks like it’s Alabama versus everyone else, that goes double for the SEC, where inconsistency reigns just about everywhere outside of Tuscaloosa and half the coaches in the conference find themselves on the hot seat.

But before Crimson Tide fans get too cocky, this might actually be bad news for Nick Saban’s team. Given the five-into-four-doesn’t-go maths that faces the CFP every year, could it be the case that a loss in this woeful edition of the SEC would be enough to deny Alabama a ticket to the playoffs? A case could certainly be made, which is why every Alabama game is still vital from now until December – even before the presumed championship showdown with as-yet unbeaten Georgia.

In ‘Bama’s favour is the fact that Mississippi State has still to find a way past them in the nine-year reign of current coach Dan Mullen, and the Bulldogs will have to overcome a rare all-round team given that the Tide is the only team to feature in the top 20 in all major stats, including taking top two spots in scoring defense, rushing defense and total defense.

The key to a possible Mississippi State victory will be overcoming the SEC’s best run D. Behind RB Aeris Williams and dynamic dual threat QB Nick Fitzgerald, the Bulldogs are averaging nearly 260 yards on the ground during their recent four-game win streak. They’ll need every inch of those against a defense allowing a stingy 75 yards per game.

State will also need to get out front early in Starkville, as Alabama has a habit of leading and never playing catch-up. The Tide has trailed for just over two minutes this season – while still finding their feet in the season-opener against Florida State! They rode that form in last weekend’s game against LSU, jumping out to a 14-0 lead and riding that to an eventual 24-10 victory. A similar performance against the Bulldogs would leave the Crimson Tide 11-0 headed into the Iron Bowl showdown at Auburn in two weeks’ time.

For Mississippi State, this is as much about pride as it is jockeying for a post-season bowl appearance, as defeats to Georgia and Auburn have long left the Bulldogs out of CFP contention. With Arkansas and Ole Miss still to come, a rare victory this weekend would be most welcome, as well as delaying ‘Bama’s almost inevitable coronation as SEC West champs.