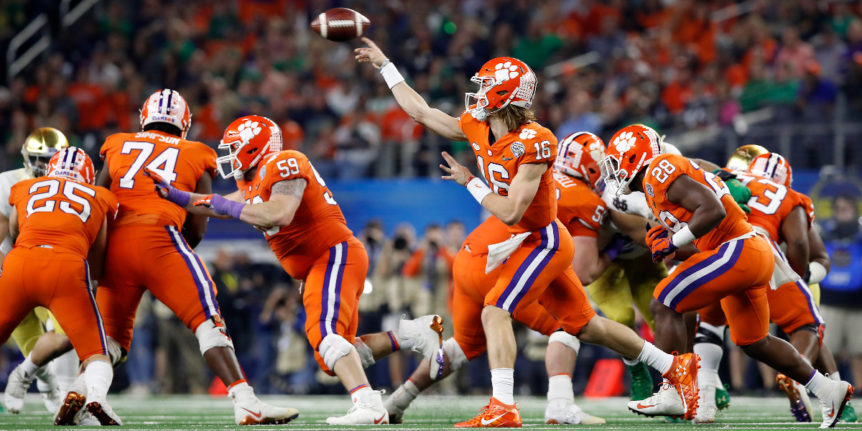 In the end the sceptics were right: Alabama and Clemson were far too good for Oklahoma and Notre Dame in the Playoff semi-finals. Neither game was much of a contest which led to much naval gazing around the proposed expansion of the tournament from four to eight teams: after all, why would anyone want to see four dogs when two seems too many already?

We’ll get to that in our ‘Bowl Overview’ but to the semi-finals first and, in the opening game in Dallas, the Tigers dominated the Irish from the get-go, running out 30-3 winners. My one concern heading into the game had been the inexperience of the skill position players for Dabo Swinney’s side, but it proved baseless as true freshman Trevor Lawrence turned in a hugely assured performance that belied his years. In his post-game interview, he towered over ESPN’s Tom Rinaldi and looked like he’d been for a gentle stroll round the park rather than tearing up the number three team in the nation.

The Irish had set out their stall early: ‘shut down the run game and make Lawrence beat us’. Unfortunately, they couldn’t do the former and succumbed to latter as the Tigers ran for 211 yards, including 109 from Travis Etienne, passed for 327 more and scored three touchdowns.

Lawrence was ably assisted by a leaky Irish secondary missing likely top 60 NFL Draft pick Julian Love, who was limited with injury, and by receivers Tee Higgins, Hunter Renfrow and Justyn Ross. Clemson’s much vaunted defense – missing suspended DT Dexter Lawrence – harried Ian Book all afternoon and held Dexter Williams to just 52 yards on the ground. So, were the Irish good enough to take on Clemson? On this day, the answer was an emphatic no. Conversely, perhaps the gap between the top two and the rest has simply widened.

Speaking of the Tide, they dominated Oklahoma in Miami, jumping out to a 28-0 lead and winning 45-34. The Sooners made it somewhat interesting in the second half as Heisman winner Kyler Murray finally woke up, bringing the Big 12 champions to within ten. But, in the key moments late on, Tua Tagovailoa was flawless, going 8-8 for 88 yards and two touchdowns to put Lincoln Riley’s men away. In fact, the redshirt sophomore missed on just three passes all day finishing 24-27-318 yards and four scores. It was a sensational performance and he seemed fully recovered from the ankle injury suffered in the SEC title game against Georgia.

The Tide defense caused problems for Murray all game, making life very uncomfortable for the best offensive line in college football. Throwing lanes were non-existent and it wasn’t until the game was effectively out of reach that the diminutive star was finally able to make yards with his legs as the Alabama front seven did a masterful job of keeping him in the pocket. Conversely, Oklahoma’s defense struggled to contain the ‘Bama offense, with tailback Josh Jacobs underlining his big time pro potential, busting off 98 yards at 6.5 yards a pop.

All in all, it was very much as we thought: two good teams simply couldn’t compete with two great ones. And so, for the third time in four seasons, Alabama and Clemson will fight it out for the National Championship, this time at Levi Stadium in Santa Clara next Monday night. It should be another classic. 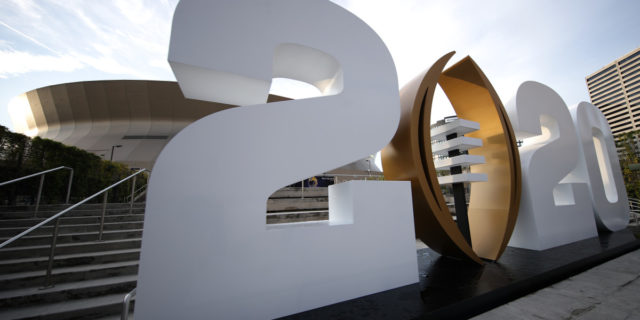 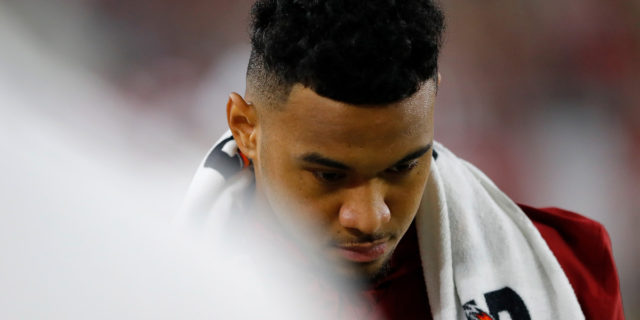 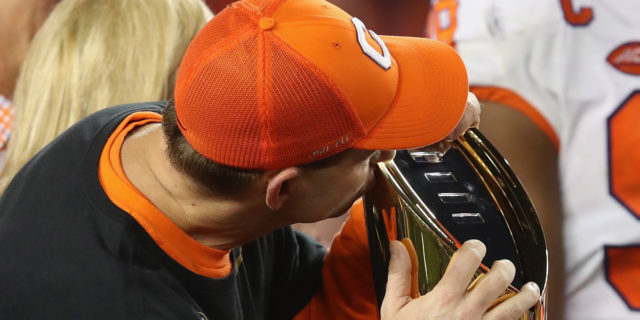 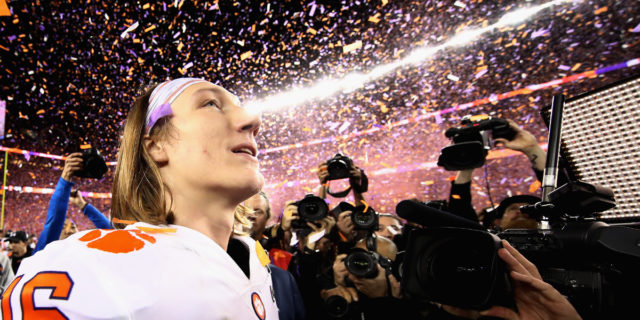 TREVOR LAWRENCE: A TOWN, A TEAM, HIS DREAM

The high-school football scene is awash every year with superstars of the future attempting to enjoy normal lives amid unfathomable expec... 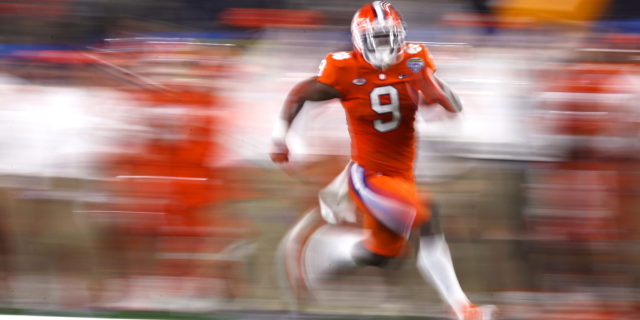 So, the day has finally arrived: Alabama against Clemson as the Crimson Tide take on the Tigers for the National Championship for the thi...