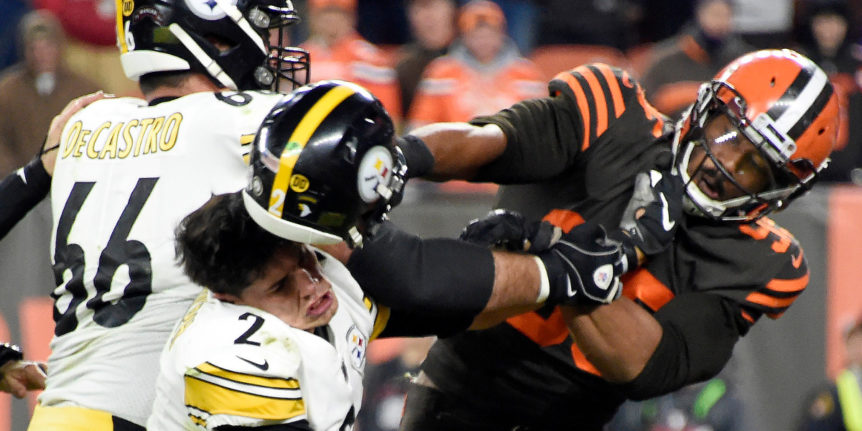 Myles Garrett loses his head in Cleveland, but has the wider NFL lost their’s? We look back on what should have been a season-saving win against the Steelers, and hear from Matthew Sherry who was in the stadium and the Browns locker room after the game. Plus Sherry caught up with the Scottish Hammer Jamie Gillan (13:04) and Will & Olly preview the Week 11 games – including a pair of MVP candidates going head to head and a Super Bowl 52 replay.