“If you’re good at something, you never do it for free” 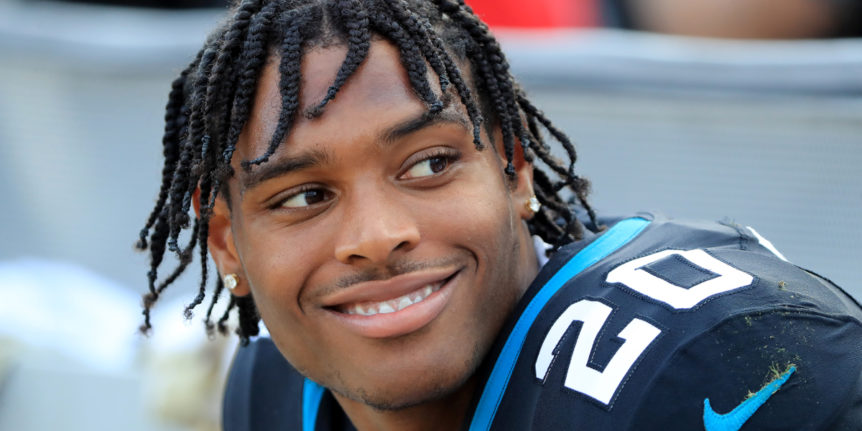 Love him or hate him, Jalen Ramsey demands your respect. And he is hard to ignore.

Let me go back to early July for just a moment and tell you exactly what I was seeing from the stool upon which I was sat at the most recent NFL UK Live stage show in London.

After giving the big build-up and uttering the words “please give it up for Jalen Ramsey”, I watched as hundreds of camera phones were held in the air and pointed towards the back of the theatre. With flashbulbs going off all over the place, Ramsey came strutting down the stairs; high-fiving fans were almost falling over each other to interact with one of the best defenders in the game and you could tell he was more than comfortable to be in the spotlight. He was relishing taking centre stage.

As I looked on, it dawned on me that I had seen such a raucous and excitable reaction only once before from British fans – at another NFL UK Live event in London. On that particular night back in 2015, Odell Beckham Jr. came bouncing down the steps in the first offseason after making ‘that catch’ against the Dallas Cowboys. And the crowd went wild.

Ramsey followed in OBJ’s footsteps to the point where they both came down the same steps, at the same side (rear door, stage right) of the same venue – the Mermaid Theatre in London. And there are considerable similarities between two supremely-talented individuals.

OBJ can be American football marmite – fans tend to love him or hate him – but he transcends the sport and is a true superstar. The same can be said of Ramsey, who is outspoken, brash and in your face when on the field and growing as a household name in his own right away from the gridiron.

When we reconnected later that month at Jags’ training camp, Ramsey’s entrance was a little less frenetic. Along with my camera crew, I was seated in a club suite behind the 50-yard line at TIAA Bank Field and the only sound was the pattering of the rain on the windows as a storm that had ended practice early just 30 minutes prior broiled in north-east Florida.

Ramsey sauntered into the club lounge wearing a black Jags hoodie pulled up over his head and a brilliant smile. He exuded confidence and star power to the point where I almost pulled out my own camera phone and took a photo.

He is that kind of player, someone who figuratively screams ‘look at me’. Ramsey has never been shy and, after making two Pro Bowls and earning All Pro honours in his first three seasons, he will happily tell you how great he is. That is part of the reason some are turned off by his antics.

And that is just fine. Jalen Ramsey doesn’t care if you love him or hate him. But you better respect him.

Let’s talk about your cornerback position. You seem to have so much confidence. Would that be fair to say?
I do. My confidence comes from removing all doubt and removing all fear because of how I work on the field and in the film room. I don’t have room for doubt and fear in my mind. I want to prepare myself as well as I can so I can be confident and sometimes overly confident. People mistake that as arrogance and cockiness, but that’s perfectly fine for my position. I need to have that. I need to have that chip on my shoulder and feel like I’m going out there and earning respect on every single rep. Being a leader on this team, I want that to be infectious. I want the other defensive backs in the secondary, the linebackers and the defensive line to feel that energy, passion and heart when I’m playing.

You have supreme physical skills and mental ability, but is it then about the preparation? Do you then just go out and play on Sundays?
Sure, that’s exactly what it is. I know that God has blessed me with tremendous abilities. I would be doing a disservice to myself, my family and my teammates if I didn’t go out and develop those skills and prepare for each Sunday like it’s the Super Bowl so I can go out there and play care-free and really don’t have to think about stuff before the plays happen. Everything just comes naturally.

I know you talk to receivers during a game. How quickly into a game can you tell ‘I’ve got this guy’? I mean, there are certain guys like DeAndre Hopkins where you would never feel like that. But can you feel it really quick?
It depends on the receiver. I would say it’s case by case – but I’m definitely an antagonist and a nagger. I’m somebody who tries to push buttons. I like to find out the limits I can go to and the limits I can push people to. But it all depends – it’s different for everybody.

So, when you’re underneath AJ Green and he is raining in the punches, are you almost laughing and thinking you have won?
I knew I had him before then. Yeah, it was crazy. I remember the series before and I was telling my teammates, ‘I’ve got him. I’ve truly got him. I’ve got him out of his element.’ So now I’m going to keep on going and I’m going to keep doing it. That led to the whole battle and our little scuffle.

Where do you see yourself among NFL cornerbacks?
There is not a comparison, in my eyes. There’s nobody who can do what I can do for this team. There’s no one who can do what I can do against top receivers in the NFL. There is no comparison. There are other good guys out there and this is not meant as disrespect to them. It’s just me having supreme confidence in myself. I’m really that guy. I’m him.

It’s hard to complain about that statement because you back it up…
That’s my job. You’re out there on that island and your task every week is to go guard the best receiver that they have and make sure that you limit him, especially now in the passing games. These number one receivers have 100-yard games like every week. It’s a habit. So I take pride in in my job and I take this seriously.

You are a superstar in an era where there is pressure on defensive players. Everyone wants points now and you’re not playing in an era when defensive backs could wipe people out. That must be a challenge?
We say it all the time, this is an offensive league and the rules are catered to the offense. The fans want to see a lot of scoring and everything like that. But it’s not only myself… our whole defense, we pride ourselves on combating that 100 percent. If they don’t score, we win – that’s kind of the mindset that we have..

So they’re going to need to reverse that truck right up to this building soon and fill it up?
One hundred percent. The whole truck thing at the start of training camp was meant to be fun and was the entertainment part of it. I like to be an entertainer at the same time as being a football player. But, yeah man, you’ve got to know your worth nowadays. That’s the case in life, not just for football players. If you’re good at something, you never do it for free.

It’s good to have that kind of streak in you, though, where you want to be an entertainer and you want to be a character because there are not enough of them around the league.
I agree. My take on it is that I’m going to be myself, number one, and then I’m going to be an entertainer as well. Some people will like it and some people won’t. And that’s okay. I truly enjoy it when I can reach out to different people who are not supreme fans. I like it when those guys want to watch the games because they want to see what I’m going to do. When people are watching the game – the game that I love – that means something to me. I want as many people in the world to watch this game that I love.

Given the launch of the NFL Academy over in London, what advice would you give to a young defensive back or a young player of high school age?
My number one thing I would say is to have fun with it. That gets lost sometimes in the mix of the money and the fame and everything that may come with it. You can never stop having fun with it. That’s number one thing but then it does get serious as well. You have to remain focused. At the end of the day, that kind of goes hand in hand – when you’re focused on your job and working hard, that usually leads to success. And success is fun, so it all goes hand in hand. 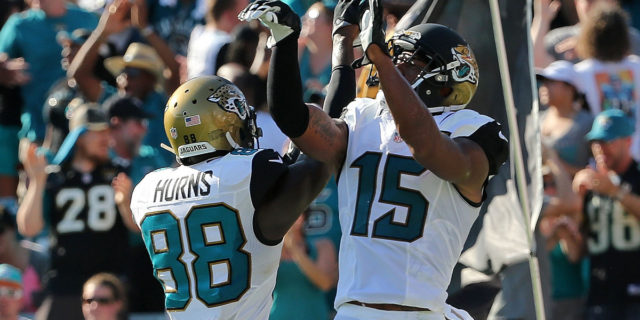 This article, from Issue XXXIV of Gridiron magazine, originally appeared in 2016. For individual editions or subscriptions, click HERE Tw... 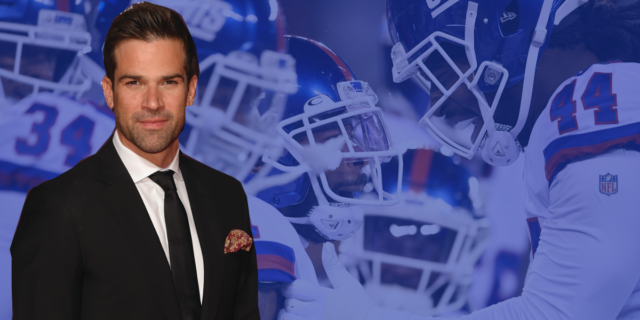 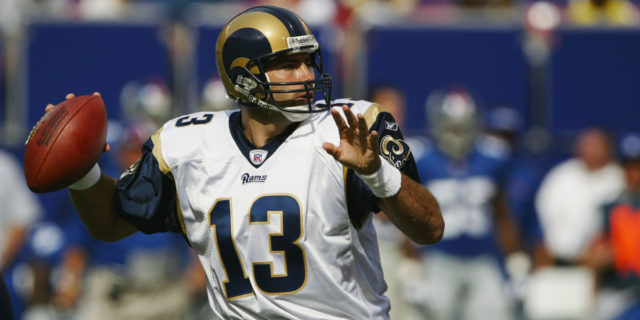 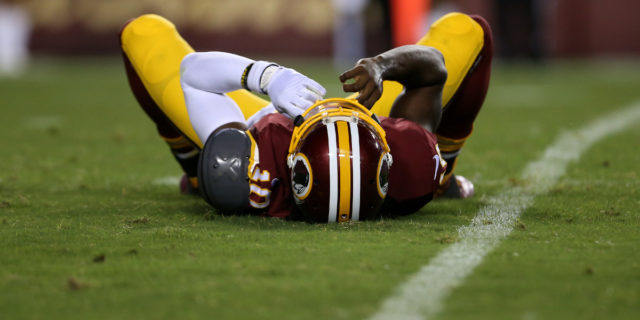 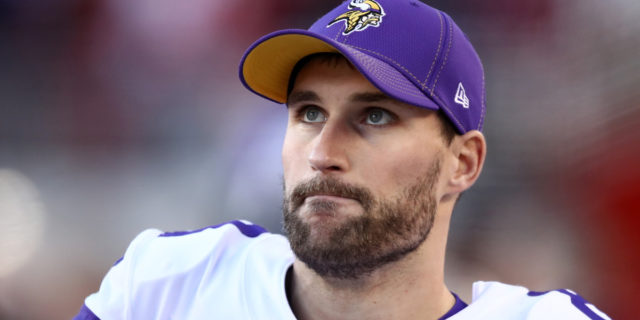