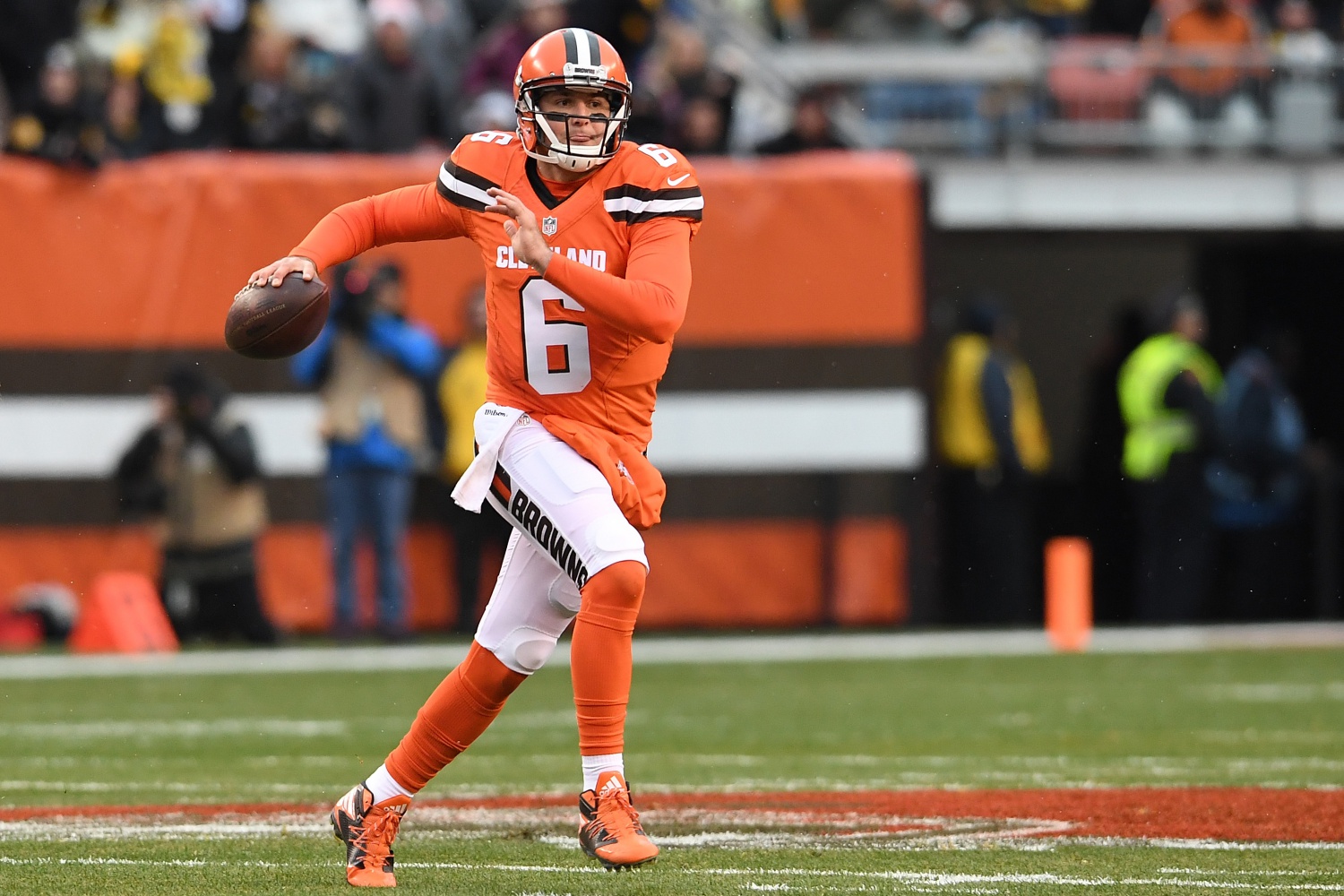 Offensive lineman Joel Bitonio is anticipating a fierce camp quarterback battle in Cleveland as the Browns aim to finally find a long-term answer under centre.

The franchise has been through an NFL-high 26 starting quarterbacks since they returned to the league in 1999 and played six signal-callers in a testing 1-15 campaign in 2016.

The fight for the starting job will feature Cody Kessler, second-round draft choice DeShone Kizer and a wildcard in former Denver and Houston passer Brock Osweiler.

Bitonio believes finding an every-week starter at that position would be a major positive – even if he wouldn’t go as far as predicting a winner!

“Continuity at quarterback is huge and it’s not all the quarterback’s fault as we had some injuries last year where it could have been an offensive lineman’s fault or the running back’s fault,” Bitonio told The Reynolds Report.

“If we get a guy in there who gives us the best chance to win and we start with him for close to 16 games that is really going to help us. When you have continuity at quarterback, everything runs smoother. The competition is going to be hot in training camp.”

The fourth-year guard, who signed a contract extension worth $51 million this offseason, is part of a youth movement at the Browns – who have rebuilt the roster since Sashi Brown and former baseball sabermetrics guru Paul DePodesta took over the personnel department last year.

Cleveland started more rookies than any other team last season and, with those players entering 2017 boasting valuable experience, Bitonio believes the arrow is pointing up.

“We finally have some continuity. We kept Hue Jackson and we’re moving in the direction of giving a coach a chance to win. We’ve had a couple of good draft classes now; there are some talented young players we’re really building up and we’ve signed some good free agents. I think people are going to be surprised at how well the Browns play this year.”