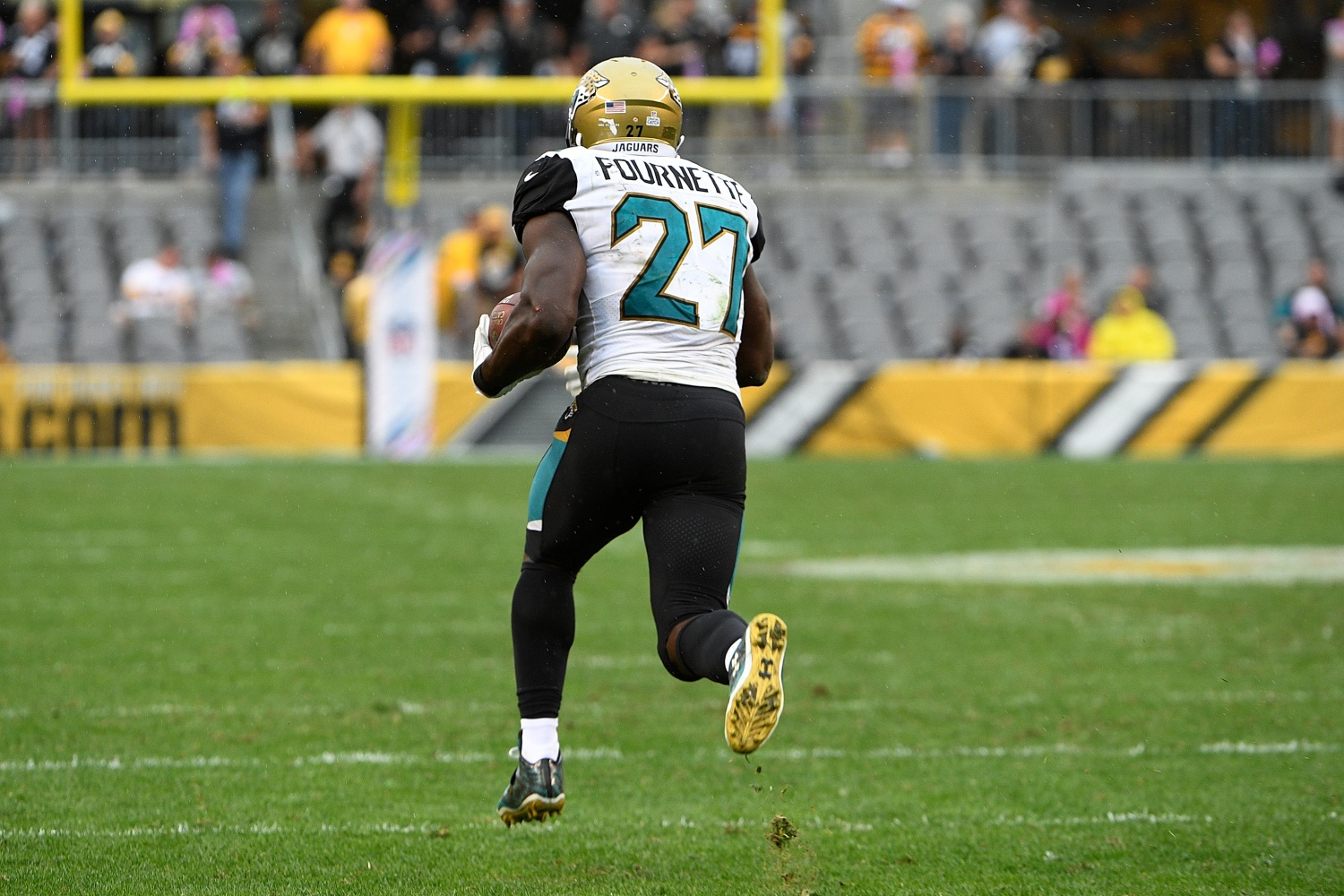 The Jacksonville Jaguars are suddenly a relevant team on the cusp of the playoff picture thanks to their dominant defense and outstanding running game. Leading the latter group is first-round ‘back Leonard Fournette, who comes under the Gridiron Deep Dive microscope this week.

The idea that the running back position is not as important in the modern-day NFL has been quickly put to rest in the last year as two teams have selected tailbacks in the top five of the draft and quickly seen those players enjoy significant success.

Ezekiel Elliott was selected with the fourth pick in 2016 and soon established himself as a top-five ‘back, with only the emergence of teammate Dak Prescott at quarterback preventing him from winning Offensive Rookie of the Year. A year later the Jacksonville Jaguars used the same pick on LSU star Leonard Fournette and they are already reaping the benefits of that decision.

The difference between the two situations is that Dallas boast an offense led by a budding star at quarterback and possess multiple other options such as Dez Bryant and Jason Witten. Jacksonville, by stark comparison, continue to be hamstrung by having Blake Bortles under centre, while the loss of Allen Robinson has left them looking thin at receiver.

Instead, the Jaguars look to Fournette and their defense to grind out games. But is their reliance on the former sustainable? We try to answer that question in our latest deep dive.

Fournette came into the league having put up close to 4,000 yards on the ground at LSU with a combination of brute force, speed and elusiveness, and that has carried over into the early stages of his pro career.

One of traits that makes Fournette so fun to watch is the way in which he embraces contact, which was evident in their Week 5 win over the Pittsburgh Steelers. First, on this 12-yard run Fournette bursts through the hole and lowers his shoulder into Mike Mitchell, who comes off the collision significantly worse. The more amusing example of Fournette’s love of physicality came later in the game as he gestured Mitchell to come to tackle him in the open field before lowering his head and embracing the hit.

His attitude towards physicality is understandable given the balance he displays through contact. Fournette is a runner who can stay on his feet through seemingly any hit and slip through tackles at an extremely impressive rate. He displays that ability on this play versus the New York Jets, evading multiple tacklers en route to a decent gain.

Power is far from the only weapon Fournettte has in his arsenal, however. He is something of a swiss army knife as a runner, consistently demonstrating a capability to elude defenders in a variety of ways. He has very quick feet for a man of his 228lb carriage and a great affection for the spin move, which he has utilised on numerous occasions in 2017 but perhaps never more impressively than on the second of these two shifty runs, making Rams linebacker Conor Barwin look particularly foolish as he picks up the first down.

With the offense almost entirely dependent on Fournette’s considerable talents, it would be no surprise to see him wear down fairly quickly. That has not been the case. To the contrary, Fournette appears to be getting stronger as the games have gone on and has demonstrated a proclivity for long touchdown runs, with this effort from the surprise victory over the Steelers going for 90 yards to add gloss to the scoreline and provide yet another example of his speed, which was on show again in last Sunday’s defeat to the Rams as he went 75 yards on only the second play of the contest.

One of the questions surrounding Fournette coming out of LSU concerned whether he could be an every-down back, with naysayers pointing to his lack of production in the passing game as reason to put him behind Dalvin Cook as the top running back in the draft. Yet, while he caught only 41 balls across three seasons in college, he was skilled at making the most of those receptions, averaging 12.8 yards per catch. And he has already proven he can be a difference-maker as a pass-catcher, hauling in 15 receptions – including one for a touchdown – and seeing this score called back after again showcasing his ability to make people miss in the open field.

It truly is tough to find too many faults with Fournette’s game but, as with most rookie running backs, his pass protection is at best inconsistent. In college, Fournette had a tendency to just lurch into blocks with little in the way of technique, and it appears that may still be an issue, as the below play where he fails to stop Steelers linebacker Vince Williams from getting to Bortles demonstrates.

And, while Fournette certainly has enough speed to get to the edge on a consistent basis, he could serve to be more decisive on runs to the outside. On this effort against the Steelers he hesitates before electing to cut inside and pick up a short gain when he had the blocking to bounce the carry to the outside and potentially gain better yardage.

The biggest issue Fournette faces is out of his control. That is the Jaguars’ over-dependence on him and that will continue until they can improve the situation at quarterback. Nobody is scared of Bortles at and, with Robinson on the sideline, Jacksonville have little in the way of weapons to make opposing defenses respect the passing game. As a result Fournette can expect to see more seven- and eight-man boxes down the stretch and he may struggle to be as effective, with his strong performances thus far having come against questionable run defenses. Indeed, Jacksonville have faced only one run united ranked in the top 10 by Football Outsiders this season.

The foot injury Fournette suffered against the Rams should serve as a warning to the Jags. Though he avoided a serious injury, they cannot afford to rely on him to a point to where his body starts to break down.

Improvements in pass protection undoubtedly still need to be made but Fournette has all the makings of an every-down back who can enjoy a successful pro career. However, he needs to be spelled more regularly. Jacksonville do not have the talent to run a balanced attack at present, but they do have a backup who can at least be effective in Chris Ivory.

Ivory is averaging 4.1 yards per rush and has caught 15 of his 21 targets in 2017. Yet he is only receiving an average of around six carries a game. Fournette is the unquestioned focal point and future of this offense but, if the Jaguars want to make sure that future is a successful one, then they would be wise to give Ivory a greater share of the workload.