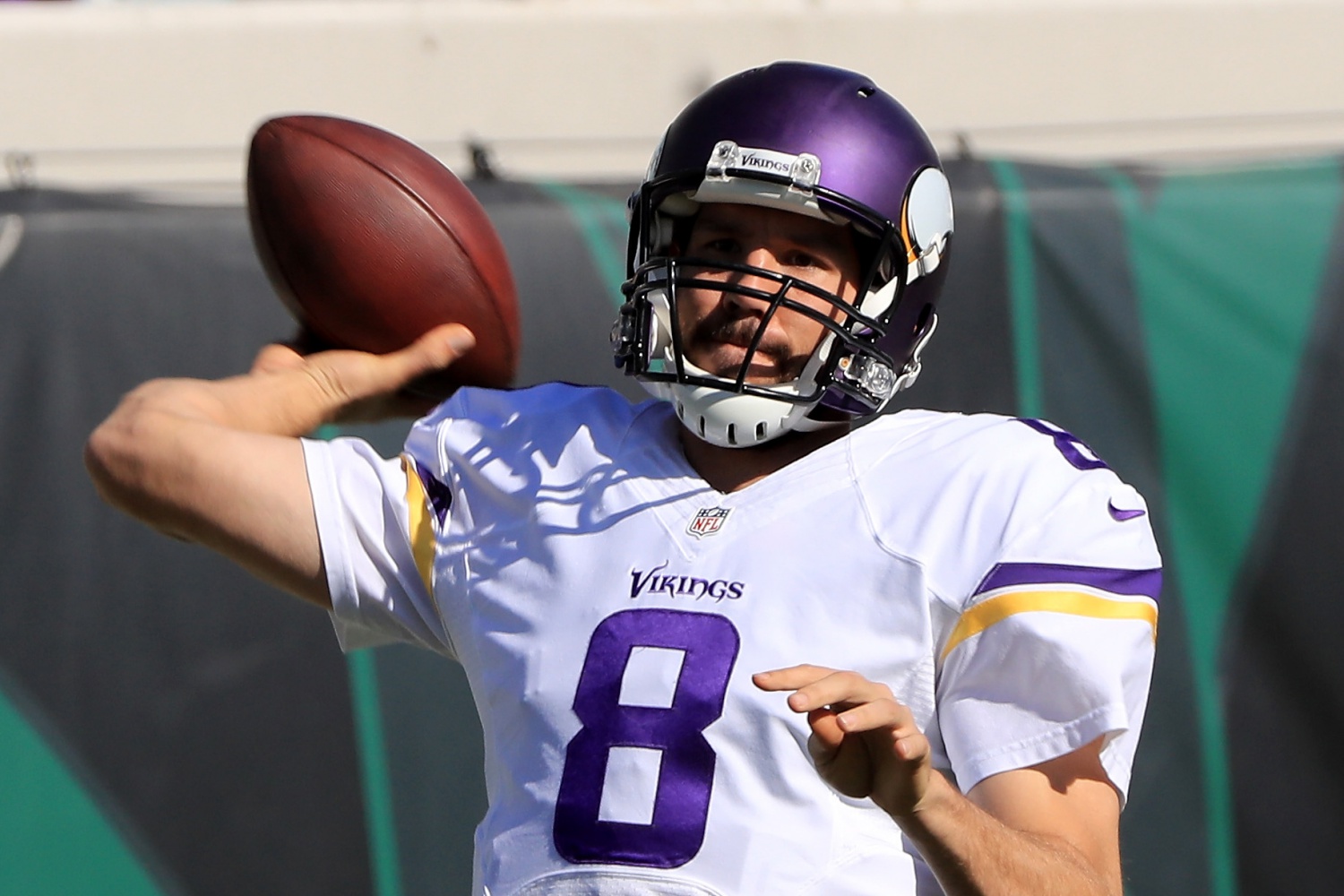 Each week through the 2017 season I will give you my leading candidates for the NFL Most Valuable Player prize. After one round of games, my top five gives a nod to the value of the quarterback position and the fact that a passer always seems to pick up this annual award!

Smith sits atop of my list after enjoying a career night in Foxboro. He was accurate on short throws, calm under pressure and willing to stretch the field. By the time he was done with the defending Super Bowl champs, Smith had completed 28 of 35 passes for 368 yards, four touchdowns and no interceptions.

It’s hard to be much more efficient than Bradford, who was spectacular against the New Orleans Saints. Seemingly much more comfortable in his second season as a Viking, Bradford hit on 27 of 32 strikes for 346 yards, three touchdowns and no picks. Not too shabby.

He should be number one, but quarterbacks always get this prize, right? Hunt might only enjoy a one-week stay on this list, but what a week! He totalled 246 yards from scrimmage (148 rushing and 98 receiving) and scored a hat-trick of touchdowns. And all of that came in his very first NFL game after he lost a fumble on his first carry as a professional.

It would be very easy to put Matthew Stafford and his four-touchdown heroics in here, but I want to mix things up just a little bit with a player from the defensive side of the ball. Campbell was a beast in his first game as a Jaguar as he notched a club-record four sacks and also added five quarterback hits and six tackles. That is total domination, by the way!

And it’s back to the quarterbacks! Rodgers makes the list based on the fact that I can then just cut and paste his name the rest of the way. He’s bound to stay there, right? Rodgers threw for 311 yards and a touchdown on opening day. That is not earth-shattering, but it did come against Seattle’s vaunted Legion of Boom defense and quality of opponent has to count for something.