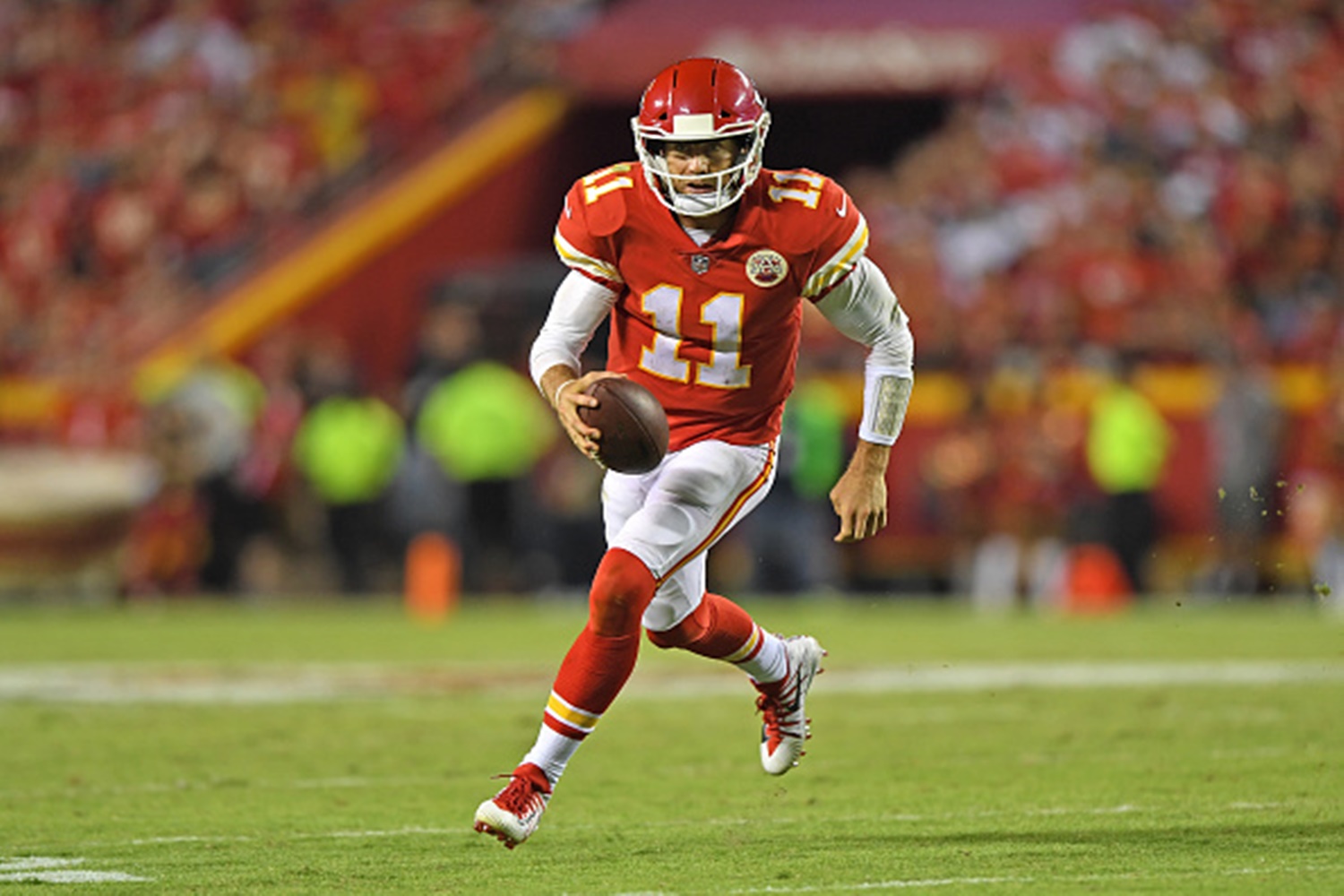 Each week through the 2017 season I will give you my leading candidates for the NFL Most Valuable Player prize. After four rounds of games, my top five sees Alex Smith resume top spot and a new entry at number five.

So did the Chiefs waste a first round draft pick (and first and third round selections in the future) on Patrick Mahomes or is he serving as the perfect motivation for Alex Smith? Either way, Smith is in the form of his life and is stretching the field like never before. He looks like a true MVP.

He may only be a month into his young NFL career, but Kareem Hunt is bossing the league and excelling week in and week out. He has rushed for 502 yards, which is 140 more than his nearest competitor. He has topped 100 yards from scrimmage in all four games this season.

The Patriots may not be able to play defense at the moment, but their 40-year-old quarterback is holding up his end of the deal. Tom Brady leads the NFL with 1,399 passing yards, 10 touchdowns and completions covering 20+ yards (22) and has been simply brilliant.

The injuries have hit Green Bay hard over the past two games and Aaron Rodgers has responded in MVP fashion, compiling QB ratings of 102.6 (vs. Cincinnati) and 128.0 (vs. Chicago). During that time, number 12 has thrown seven touchdowns and just one interception.

The Rams are a feel-good story of 2017 and Todd Gurley is right back at the heart of their attack after a quiet 2016 campaign. Gurley leads the NFL with 106 touches, ranks second in scrimmage yards (596), first in touchdowns (seven) and second with 362 rushing yards. He is scarily good.