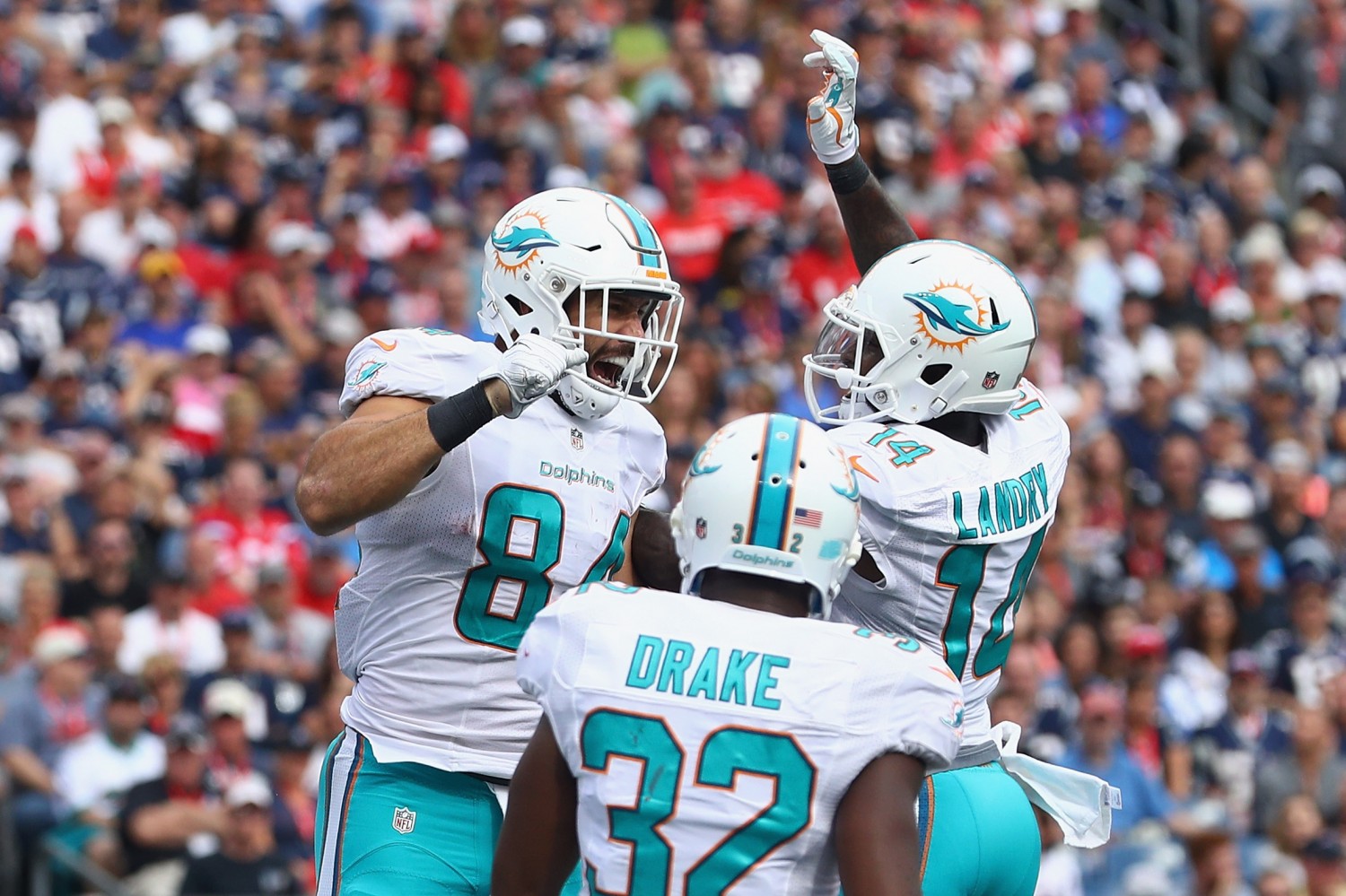 With playoff places (and Draft slots!) on the line, Betway’s NFL expert Jack Green has put together a wondrous winter foursome for Week 14.

Miami’s run of six straight wins was brought to a shuddering halt by the Baltimore Ravens last weekend, with neither offense or defense living up to expectation, but expect the Fish to return to form against a Cardinals team that has been out of sorts all season. Having seen their 2015 campaign end just one game from the Super Bowl, much was expected of Bruce Arian’s team this year, but Arizona have only picked up two wins from their last six games, although the second of those came last week against the play-off chasing Washington Redskins. Part of the problem would appear to be the offense which, having been one of the league’s best in recent years, currently ranks only 17th when it comes to scoring this time around. Miami, by contrast, have averaged more points over the last seven games than Sunday’s opponents, and also rank 12th in yards per play compared to the Cardinals’ position of 20th. The ‘Fins should also benefit from playing at home this weekend, with Ryan Tannehill and Co having won five from six in Miami this season, while the Cardinals’ Week 5 win over the flailing 49ers remains their only victory on the road to date. The post-season remains a faint possibility for the Cards, but they need to make things happen this weekend!

There are only a few teams that have been worse than the Jets this season, but the 49ers are certainly one of them! The once-storied franchise started well, with a victory in Week 1, but have lost 11 in a row and are currently rooted to the bottom of the NFC West with that win still the only one on their 2016 slate. Worse still, the Niners have conceded a whopping 30.8 points per game – more than any other team in the league – and they continue to threaten the 0-12 Cleveland Browns for the first overall pick in next year’s Draft. Underlining San Fran’s plight, they lost by 20 points last week to the similarly terrible Chicago Bears, and simply should not be favourites against anyone! The Jets have problems of their own – particularly offensively, with last year’s star turn, Ryan Fitzpatrick, now seemingly benched in favour of the largely untried Bryce Petty – but their superior defence means they should earn only their fourth win of the season. Running the ball may be the 49ers’ strength, particularly through Carlos Hyde, but the Jets have allowed fewer yards on the ground than all but three teams this year, and that could be the deciding factor between two poor teams.

The Seahawks and Packers have played out some intense games in recent memory – witness the Fail Mary game and the battle to reach Super Bowl XLIX, both of which went Seattle’s way. Their fortunes have diverged a little this season, with the Seahawks edging towards a first round bye in the playoffs after thrashing the Carolina Panthers 40-7 last week, and the Packers clinging to hopes of a post-season role after clawing out victories to get back to 6-6. Another win this weekend could clinch a playoff spot for Seattle, and they start favourite to beat a Packers team that is not the offensive powerhouse it used to be, despite the best efforts of Aaron Rodgers and his receiving corps. Green Bay’s passing attack remains dangerous, but an anaemic running game ranks only 24th in yards per game thanks to a string of unheralded RBs trying to replace the injured Eddie Lacy. The lack of a running threat will hurt more than most against Seattle, who have conceded fewer touchdowns through the air than all but three sides this year. Indeed, the Seahawks have allowed just 16.2 points per game this season – the league’s lowest mark – and, having won four of their last five games, will look to make it 5-from-6 and join Dallas in securing a post-season place.

The final game in this week’s quartet features the two teams right behind Seattle in terms of defence, with the Patriots and Ravens tied for second overall having each allowed an average of 17.3 points per game. Because of that, Monday night’s game should come down to which team has the more potent offense and, ignoring Baltimore’s blow-out of the surprisingly floundering ‘Fins last weekend, New England have a clear edge on that side of the ball. Even taking the loss of Rob Gronkowski into account, the Pats are averaging 26.6 points per game – the league’s sixth-highest mark while the Ravens rank only 22nd – and have only lost one of the eight games since quarterback Tom Brady returned from suspension in Week 5. The two-time MVP leads all players in quarterback rating, and New England are averaging 29.8 points and 308.8 passing yards with him in the starting line-up. Typically, the Patriots have found ways to win without their offensive assets, with LeGarrette Blount in particular making hay.