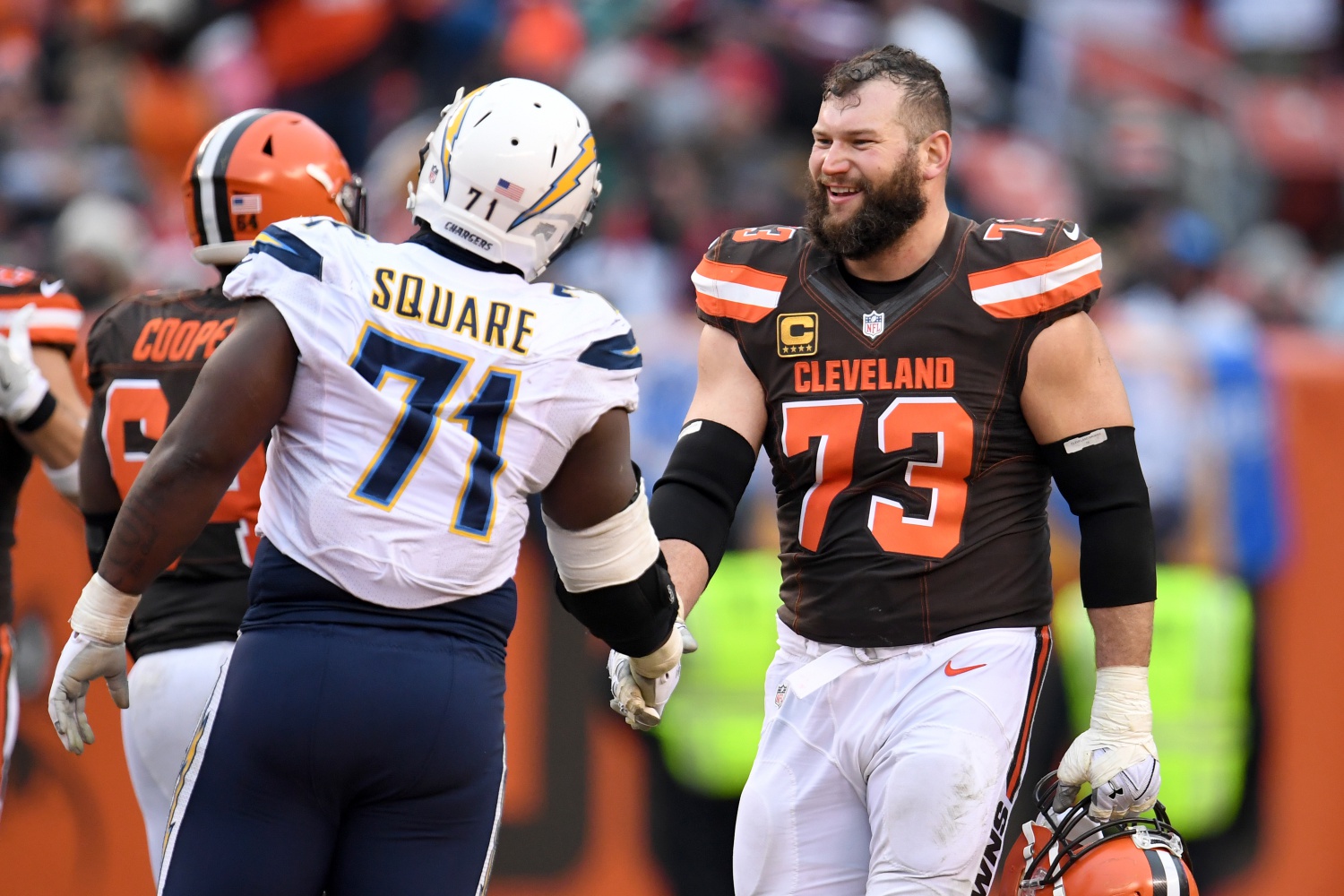 For a team that won just a single game in 2016, the Cleveland Browns have high hopes heading into the new regular season.

Hot on the heels of positive comments from head coach Hue Jackson and guard Joel Bitonio, future Hall of Fame offensive tackle Joe Thomas is the latest Brown to offer up the prediction of a good season in 2017.

He told The Reynolds Report: “I think we have an excellent coaching staff and we’re well positioned to have a good season.

“We’ve added quite a few talented players in the offseason and I also think our core group of guys who were here last year are more experienced and have enjoyed another year in our offense. I expect some really good things this year.”

Thomas will anchor an offensive line that has gone from being a potential worry to a real area of strength. He will man the left side, while Bitonio will be joined inside by the free-agent pairing of centre J.C. Tretter (Green Bay) and guard Kevin Zeitler (Cincinnati).

Thomas said: “I think we added two excellent players in the offseason in J.C. Tretter and Kevin Zeitler. Having a good offensive line is the key to having a good offense. When you add two guys like that, it makes you better and that is really going to help us when running the football but also in terms of pass protection.”

The Browns will begin their quest for a much-improved season when they play host to the Pittsburgh Steelers in Week 1 action on Sunday, September 10.