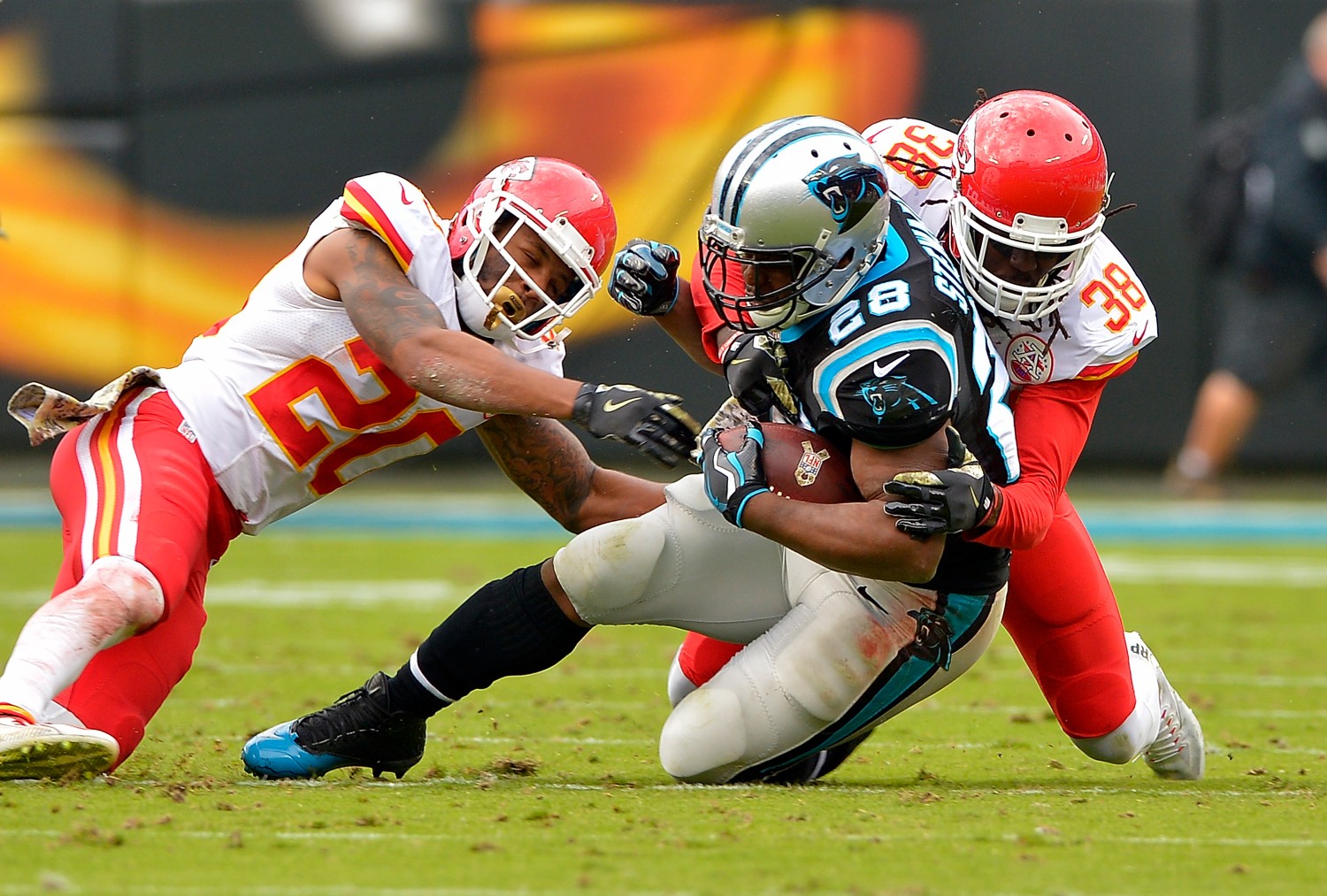 With rhetoric, vitriol and voting in the rear view mirror, the Gridiron team reflects on some unfettered football for this week’s Tuesday Morning Touchdown…

For all I believe the ratings slump this season was largely driven by the election and, most importantly, President-elect Donald Trump (terrifying, still), the league delivered its best week of the season at just the right time. Everywhere I looked Sunday, there were close games, an improved level of play and wow moments. That it came on the first week post-election proves that sometimes it’s better to be lucky than good (something the NFL seems to specialise in).

His howl of anguish with less than a minute on the clock in Pittsburgh might have been directed at rookie Sean Davis, whose facemasking of Jason Witten moved the Cowboys into the range of ‘Automatic’ Dan Bailey, but could just as easily have been aimed inward as his Steelers missed a quartet of two-point conversion attempts in a game they eventually lost by five.

Kicker Chris Boswell – he of the world’s worst rabona – appeared only to pop over a couple of field goals, as two failed passing PAT attempts in the first quarter alone allowed the Cowboys to remain in the game. Tomlin’s insistence on pursuing the two-point in a bid to put the game beyond Dallas late on ultimately undermined an effort that saw the Steelers come as close as anyone to ending what is now an eight-game Big D winning streak, their first since winning the ‘77 season Super Bowl.

Pittsburgh tried it all, including a string of eye-catching plays in a fourth-quarter drive that ended with a gorgeous repeat of Pitt native Dan Marino’s infamous ‘fake spike’ that only Ben Roethlisberger and wideout Antonio Brown seemed to know was coming. That should have been the subject of this piece as less than a minute remained on the clock but, as it happened, Dallas didn’t need Bailey’s leg, as Ezekiel Elliott used his to burst through the Pittsburgh line to claim a third TD – and seventh lead change – of the night. No amount of trickery could bring the black-and-gold back from there. 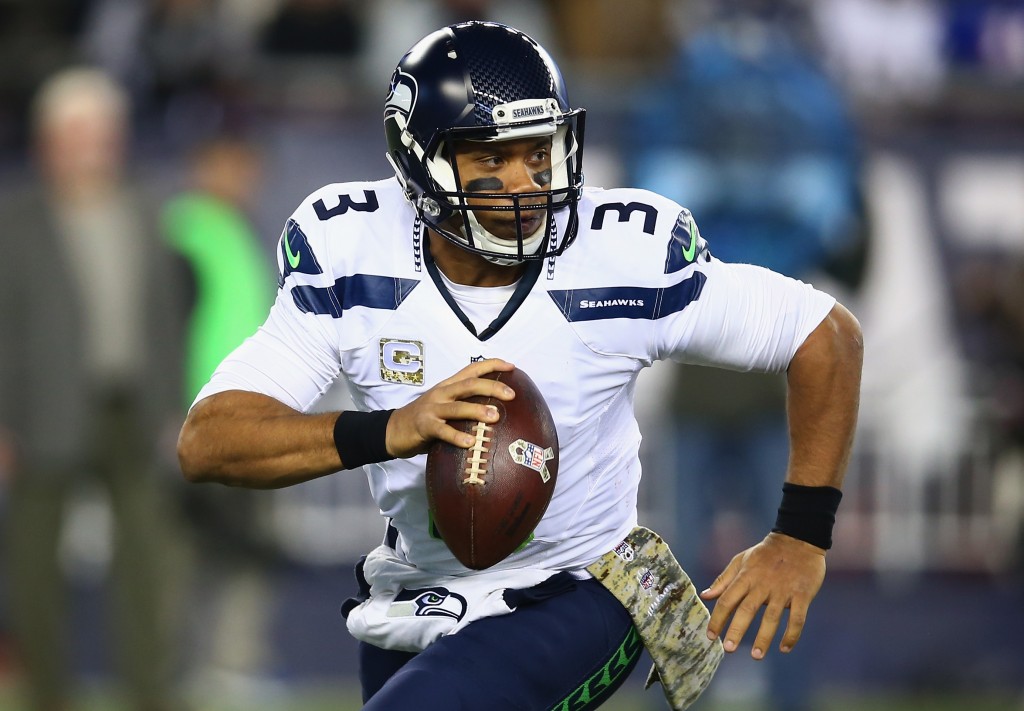 Another classic between two powerhouses came down to a play from the one-yard line and, while there may not have been a title on the line this time, this was a win that may lead Pete Carroll’s Seahawks back to the promised land.

They came into Sunday Night Football on a short week, travelling east, with an offense that had scored just one TD in five quarters and were going up against the best coaching in the NFL. Yet, thanks to defensive turnovers and an inspired performance from Russell Wilson (348 yards and three TDs) they beat a team that I predicted wouldn’t lose again in 2016.

It was Wilson’s performance, in particular, that should get Seahawks fans fired up. Last year, he was the MVP for the second half of the season and, if Wilson can recreate that form down the stretch this season, then don’t write off a third appearance at the season showpiece in four years. The real shame is that, other than a Super Bowl, these two teams won’t meet again until 2020 – when Tom Brady will be 43 (Will Gavin)

On a day where trickery was rife – with the Titans rivalling Pittsburgh as Demarco Murray tossed a TD to Delanie Walker – it was a piece of good old-fashioned special teams play, and a recent change in the rules, that had the biggest impact on a result this past Sunday.

Since the NFL tweaked its regs in 2015 to allow blocked PATs to be returned for a score, only two such reverses had been logged, but Denver’s Will Parks’ scoop-and-score was the first to decide the outcome of a game. Parks pounced on the loose ball after Justin Simmons leapt high enough – on his second jump – to get his fingers to Wil Lutz’s kick, and ran it back 84 yards – narrowly avoiding stepping out of bounds along the way – to silence a New Orleans crowd that thought it would be the ones leaving with the W after Drew Brees threaded the needle to find Brandin Cooks and tie the game at 23.

The Broncos recovered the ensuing onside kick to guarantee victory on a day where Trevor Siemian mixed touchdowns and interceptions and the running game again barely topped 100 yards. The reigning Super Bowl champions, which also enjoyed nearly two-thirds of the available time of possession, still has a defense to envy, but can’t go on relying on it – or special teams – in its bid to win the closest division in the league. (Craig Llewellyn) 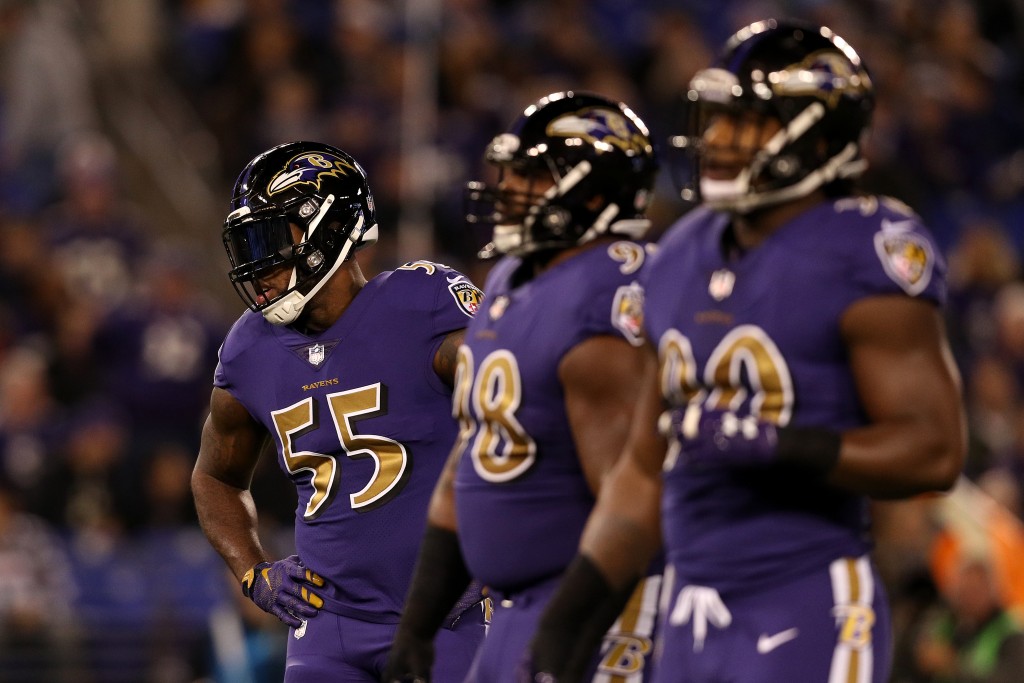 After last week’s selection of a team to come up on the rails and launch a playoff push went so well (thanks San Diego!), I thought I’d give it another crack.

This time, I’ll spotlight the Baltimore Ravens, who appear to be pulling things together nicely. I’m a big believer in two things come January: mental toughness and good coaching. The Ravens have both in abundance, as well as a defense that’s playing really well. With Steve Smith healthy again (perhaps the most mentally tough player in football), I can really see the Ravens charging into the postseason – and there isn’t a team out there who’ll relish playing a group who’ve been there and done it so many times before. (Matt Sherry)

The defense that has yielded the fewest yards through Week 10? The Baltimore Ravens.

This slate worked perfectly for the Ravens – they took care of business against the Browns while Pittsburgh and Cincinnati both lost to leave them one game clear in the AFC North. The schedule features a string of imposing hurdles over the coming weeks – Cowboys, Bengals, Dolphins, Patriots, Eagles, Steelers, Bengals – and a postseason berth is therefore far from assured.

What the Ravens do have is an excellent coach and a defense quietly maturing into one in the ilk of Baltimore units of yesteryear. Few teams can boast of a backbone featuring Timmy Jernigan, C.J. Mosley and Eric Weddle, while pass rusher Terrell Suggs was back to his old self on TNF. There are still unresolved issues on the other side of the ball, but the Ravens and their top-ranked rush D, with three extra days of prep, will fancy their chances of stopping the Zeke-inspired Dallas hype train next weekend. (Liam Blackburn)

Mexico City will see a legit team face a pretender when Oakland takes on the 6-3 Houston Texans. Guess which the Raiders are?

That’s 18 wins in 20 games now. The Chiefs are mentally tough and talented, which is a potent combo.

Over 400 yards of offense against Seattle should be enough. The Patriots just have to clean up some uncharacteristic mistakes and breakdowns.

To win on a short week, in New England, with Russell Wilson looking like a viable rival to Brady as the NFL’s best QB, is stunning.

Eight wins on the spin, including one in Pittsburgh… What more can you say about this team and Dak Prescott?