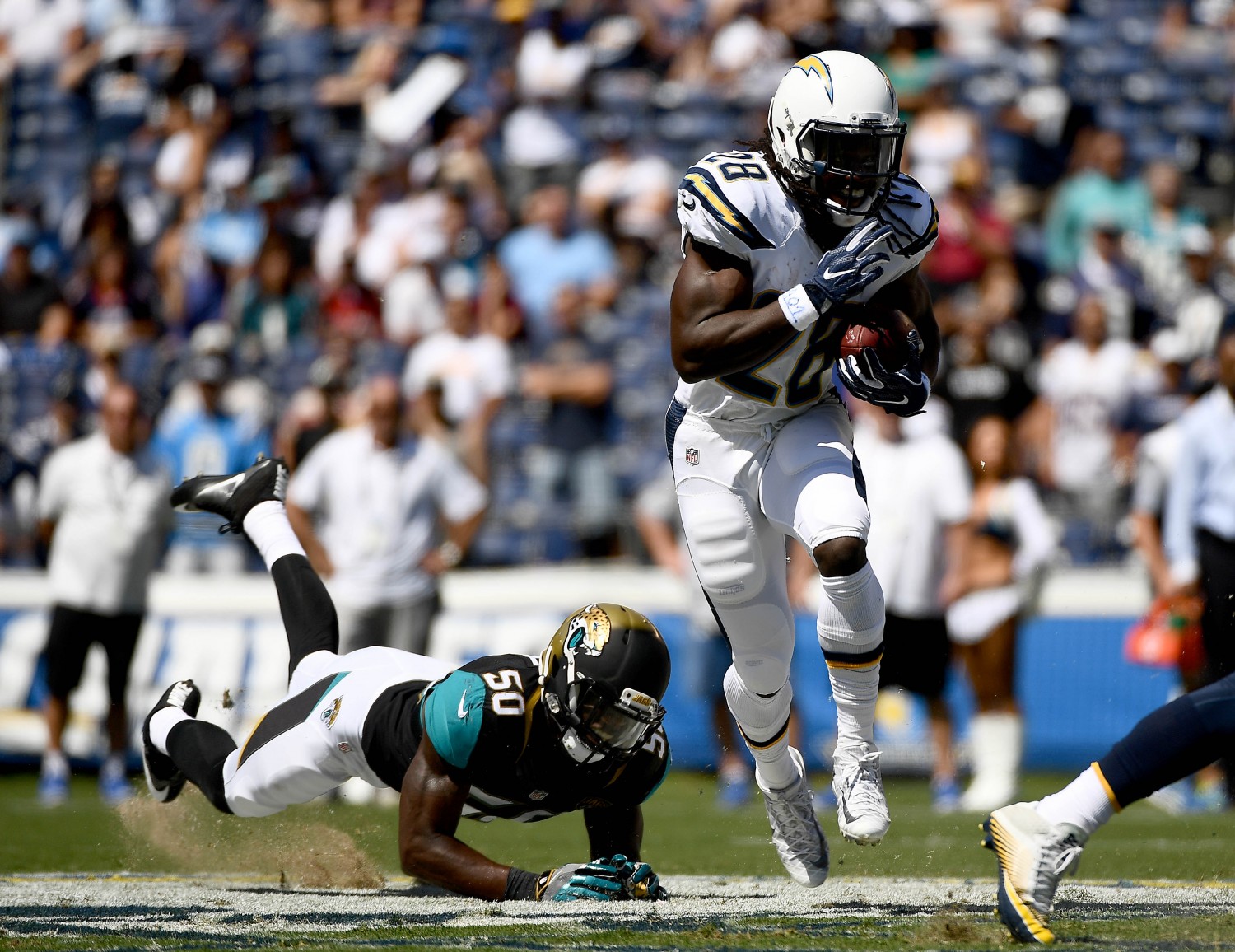 Week 2 of the season is in the books and the preconceptions of opening weekend have been readdressed. Are Seattle and Green Bay really Super Bowl contenders? Can Jacksonville really rise up? The Gridiron team considers these points and more in another Tuesday Morning Touchdown…

Really, Jacksonville? A 38-14 loss against a San Diego Chargers team who are seemingly more depleted with every snap? In Week 2 of your breakthrough season? Having lost narrowly at home to a Green Bay Packers team who may not actually be as good as we thought? Really?

The egg laid at the Qualcomm Stadium – by the time Jacksonville scored, they were already down 35-0 – was a new low for this franchise. We all thought this was the year, where Blake Bortles would take the next step amid an exciting, young defense rising up. Instead, we’ve been served up the same old fare from Gus Bradley’s Jaguars, now 12-38 since he took the reins (the worst head-coaching record through 50 games in league history). Put simply, it isn’t good enough – and Bradley, nice a guy though he obviously is, will be fortunate to survive this week the performance was so bad. The Jaguars now enter two ‘home’ games desperate to salvage their season (against Baltimore and Indianapolis at Wembley) and anything less than two Ws would persuade me to pull the trigger on Bradley’s tenure. (Matthew Sherry)

Although Jacksonville were shocking on Sunday, credit should go to the San Diego Chargers. I tipped Mike McCoy’s crew for an unlikely playoff run ahead of the season and, even without Keenan Allen, I still feel they’re Denver’s biggest threat in the AFC West. Philip Rivers remains an elite quarterback and I’d love to see Lady Luck finally shine on a San Diego team who have been desperately shorn of it in recent years.

The numbers of injuries they suffered in 2015 was staggering and this campaign, sadly, has begun the same way. But Rivers gives them a chance in every game and McCoy, despite being ridiculously criticised in many quarters, is still doing a fine job in his first head-coaching job. The Chargers won nine games in each of his first seasons, while injuries and the looming threat of leaving San Diego meant he deserved a mulligan last year. The manner of their Week 1 defeat to Kansas City – having been up 24-3 – was jarring, but San Diego have looked impressive for the majority of their opening two games. (Matthew Sherry) 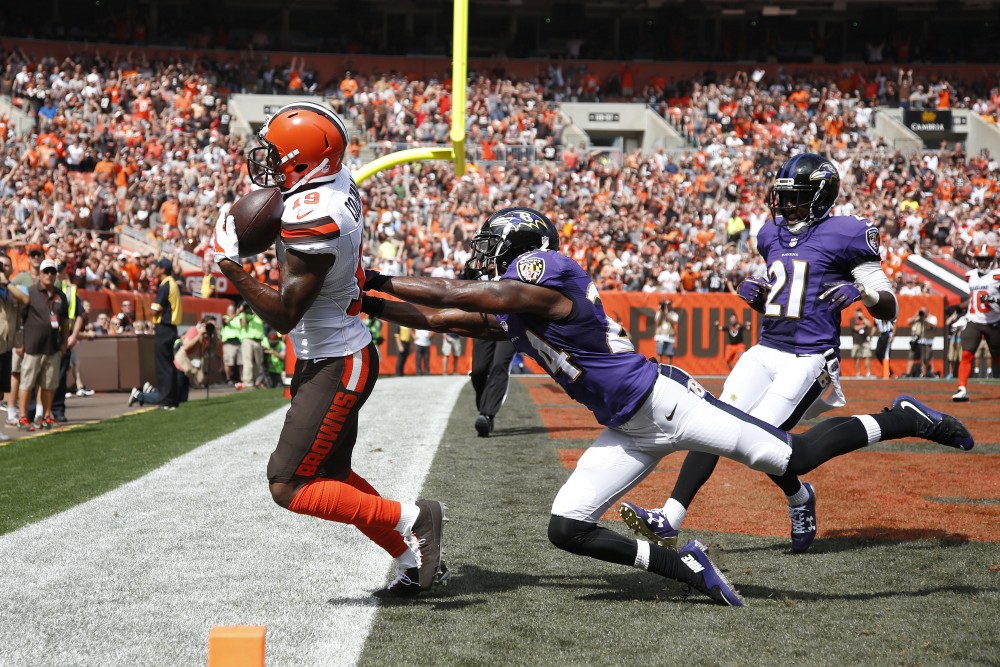 Baltimore at Cleveland – a slam dunk on the old Pick ‘Em if ever there was, right? Right? Well, maybe not…

With back-up Josh McCown filling in for the Browns’ anointed one at quarterback and the Ravens’ D coming off a solid Week 1 performance, this should have been one-way traffic, but Cleveland had other ideas, making Baltimore look silly as they racked up 20 first-quarter points. That the Ravens got on the board in that period was only due to returning a blocked two-point attempt after Corey Coleman’s second TD reception and an upset appeared on the cards. Then McCown got hurt and the tide turned…

Baltimore dominated the scoring for the remainder of the game as their defense shut out the home side, but that should not detract from a gutsy Cleveland performance, with head coach Hue Jackson calling a gameplan flush with variety, unleashing the rookie Coleman downfield and trusting the mercurial Isaiah Crowell with ball in hand. Hopes of fitting result ended on a questionable taunting call on the Browns’ final drive, but building on that promise for the rest of the season looks difficult given McCown has joined RGIII on the sidelines. (Craig Llewellyn)

What is going on in Seattle?

Apart from a wonder Russell Wilson drive in the fourth quarter against a bad Dolphins in Week 1, Seattle really should be 0-2 after their third defeat in a row, and fourth in five games, to Jeff Fisher’s L.A. Rams – who were worse than abject in their 28-0 defeat to the 49ers last week. The Hawks are a banged-up hot mess. Wilson, despite saying he isn’t limited because of a high ankle sprain sustained against the ‘Fins, is clearly not fully fit. His usual extending the play, running about the field until a receiver is open, just isn’t happening because of his lack of mobility and he’s not able to yet again magic a Seattle victory.

The injury list is concerning – along with Wilson, WR Doug Baldwin, the quarterback’s safety blanket last year, is battling back spasms; RB Thomas Rawles was low key in Week 1 after returning from an ankle injury and left the game on Sunday having been kicked in the shin; Tyler Lockett hurt his knee and was out until the last drive; highly-paid TE Jimmy Graham doesn’t look himself after offseason knee surgery; and 2016 number-one and number-three draft picks Germain Ifedi and C.J. Prosise still haven’t seen any action other than in the treatment room.

So injuries are slowing Seattle down, the dire O-line doesn’t help and neither does DE Michael Bennett, who was lucky not to be ejected against the Rams for multiple infractions. Head coach Pete Carroll cuts a manic, hopping, screaming, figure on the sidelines normally, so these first two games and next week’s home tie against the 49ers are sure to test him and his team even further. (Olly Hunter). 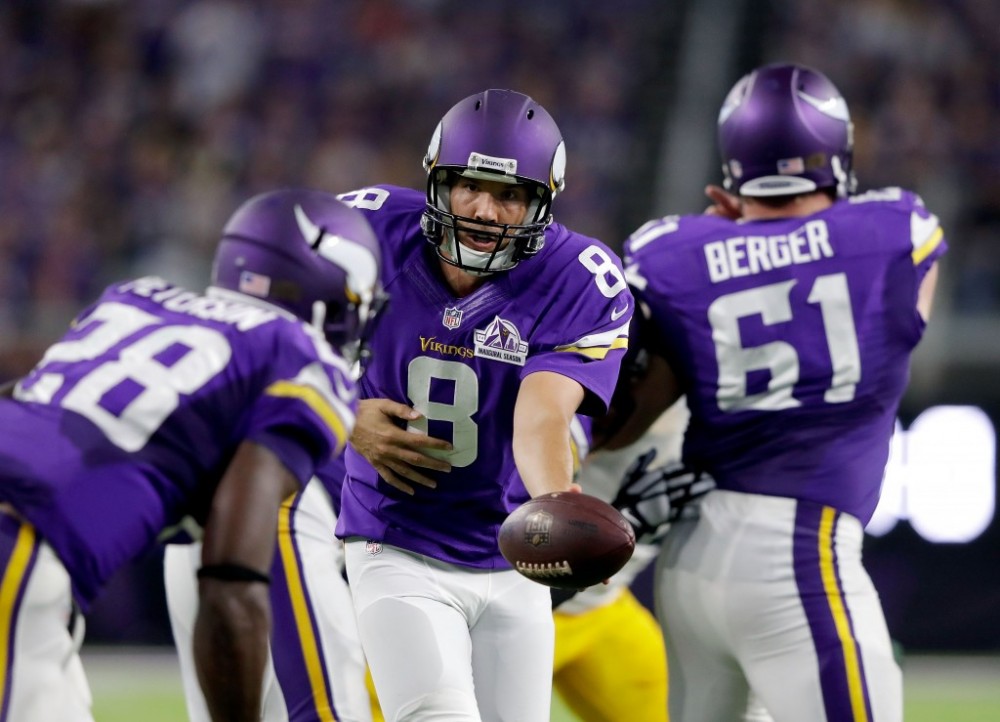 I am on record as one of Sam Bradford’s biggest doubters, so I watched Sunday Night Football with my jaw on the floor. Consider this:

It turns a performance I would have already found remarkable into genuinely something of wonder. But maybe the biggest ray of hope from Bradford’s best game as pro? It actually added something to Norv Turner’s offense that Teddy Bridgewater couldn’t – the ability to push the ball down field with regularity and accuracy!

It’s too soon to call me a convert… but my head may well have been turned. (Will Gavin)

It appears that certain teams and players have angered the gods of good health more than others as key names continued to fall in Week 2. Already shorn of their number-one quarterback, Cleveland and Minnesota saw oft-injured replacements McCown (shoulder) and Bradford (hand) banged up and, although both returned to the fray, they carry question marks on their readiness for Week 3.

Worse still for the Vikings, all-star RB Peterson limped out of the game in the third quarter, while New England and San Diego – yes, San Diego again – both suffered blows with injuries to Tom Brady stand-in Jimmy Garoppolo (shoulder) and running back Danny Woodhead (knee) respectively, while Rawls limped out of the Seattle’s visit to L.A. just two weeks after returning from a broken ankle.

While Rawls’ absence can be covered by the emergence of Christine Michael, losing McCown and Garoppolo could see two more rookie QBs pressed into action in the shape of Cody Kessler and Jacoby Brissett. And, all the while, #1 draft pick Jared Goff continues to sit in LA… (Craig Llewellyn)

We’re watching the Cleveland Browns’ new regime with interest in Gridiron Towers. Can Moneyball really work? It’s a question we won’t have a definitive answer on for several years, although the early signs are not good. That’s not because of the players Cleveland have drafted (Coleman looks a stud), but more the one they never. Carson Wentz has been exceptional so far, and his better-than-advertised performances can’t be sitting well in Browns HQ. Let’s hope they find their quarterback of the future soon, or another regime change could be coming.