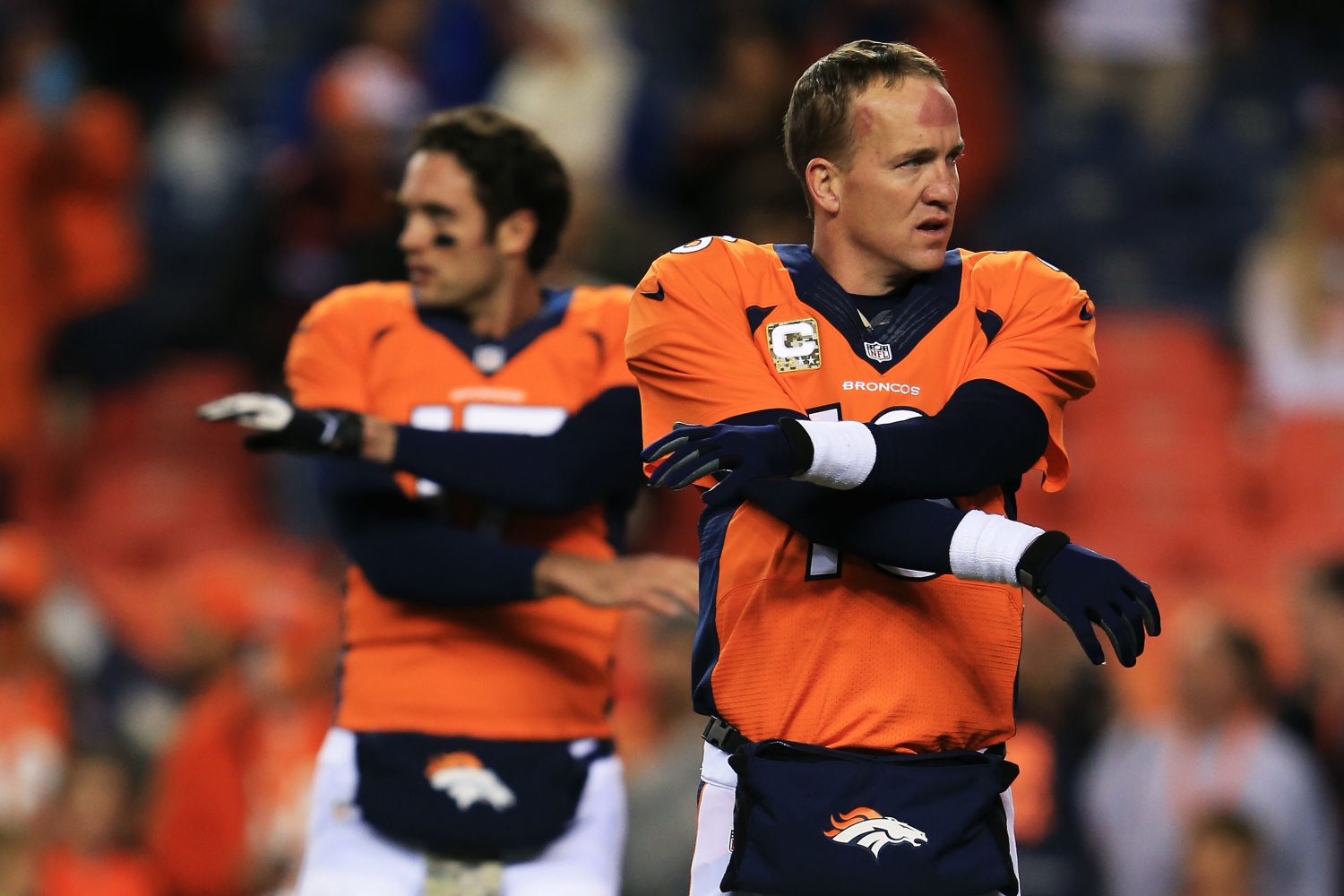 The Brockweiler’s time is nigh, why Green Bay’s win was fool’s gold and much, much more from Matthew Sherry in this week’s Tuesday Morning Touchdown.

That was a fine debut from Brock Osweiler, a man who hadn’t started a football game for three and a half years. The former second-round pick probably headed into the Denver Broncos’ trip to Chicago knowing his chance was coming by the hand of a coaching staff looking for an opportunity to take an extended look. And the giant slinger offered just that when producing a performance way better than anything delivered by Peyton Manning this season. My guess is that Gary Kubiak and John Elway move cautiously from here on out having basically shut Manning down for this week’s tilt against the New England Patriots, citing the need for more recuperation time. That offers an opportunity to see Osweiler against a live defense as opposed to a Bears unit that is poor, even if slightly better than advertised.

The biggest takeaway, for me, was how big an impact the threat of Osweiler on the bootleg had on Denver’s running game. The signal-caller was efficient (good for a 120+ passer rating), but it was the Broncos’ rejuvenated play on the ground that won the day. It’ll be interesting to see if they follow that up against a Pats D which is stingy in that area but, either way, it would take a monumentally bad performance for me to even consider bringing back Manning.

The most shocking takeaway I had from the weekend was Mike Florio of Pro Football Talk‘s report that Manning plans on playing next season, even if it’s not with the Broncos. Given what a mistake it was to come back this term, and the fact that Peyton has been arguably the WORST quarterback in football, that is both remarkable and, truthfully, a little saddening. The only team I could see taking a punt on Manning is a desperate one with little hope of winning a Super Bowl so, seriously, what is the point? I wrote this open letter to the future Hall of Famer after last year and it feels particularly important in light of that report. 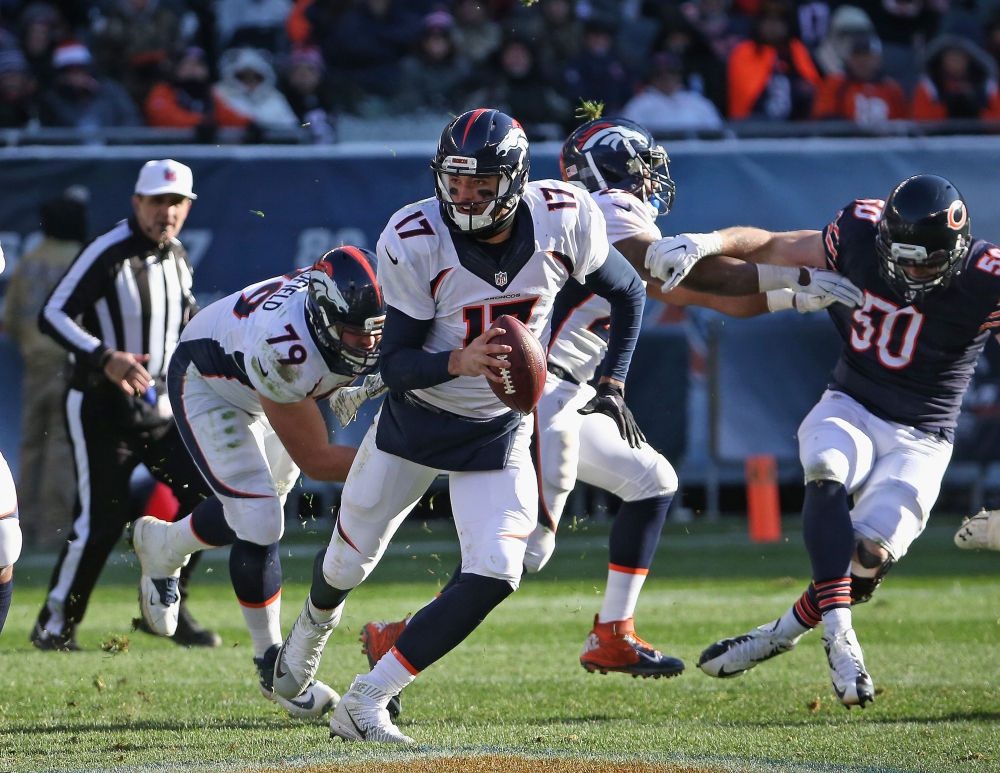 Are The Pack Back?

Crisis averted in Green Bay, no? A three-game losing streak snapped at the home of the NFC North rival who’d usurped them at the summit of the division suggests so. Yet bald facts can be misleading. On Sunday, I merely saw the Packers take advantage of a Minnesota Vikings team just not quite ready for the bright lights. The performance of Mike Zimmer’s crew had all the hallmarks of inexperience as an array of flags and mistakes, including another costly fumble from Adrian Peterson, gifted their rivals the W. You simply cannot have over 100 yards of penalties, albeit some on the back of poor officiating, and expect to win that kind of contest.

As for Green Bay, there were positive signs. The biggest of those was the performance of Eddie Lacy, who looked like his old self – although optimism on that front can be tempered by how badly he was limping between plays. The defense looked really good again but was matched up against a poor O-line for the second week running. Oh, and Aaron Rodgers made the throw of the campaign when hitting James Jones for a touchdown. And yet, I still saw a lot of the things that began their poor run in the first place. The main issue was Rodgers could only really get the offense rolling on plays out of structure, as was the case with that aforementioned TD. This still didn’t look like the unit we expected when the year began and, in reality, Rodgers’ and Co. were given a big helping hand by their opponents. So are the Pack back? Yes, back to where they’ve been the last few weeks, even if the outcome was different.

Was that really Darrelle Revis, resident of Revis Island, getting burned repeatedly by DeAndre Hopkins before suffering a concussion on Sunday? Did he really, for the third week in a row, looks staggeringly susceptible? It seems so. Perhaps Bill Belichick knew something we didn’t when balking at competing with the New York Jets’ $70million deal, with a remarkable $39million guaranteed, for the superstar cornerback in the off-season.

It’s fair to say Gang Green aren’t getting good value from Revis, although I wonder whether he’s being put in the best position to success. Todd Bowles plays more Cover Zero than any defensive coordinator in the NFL, meaning the future Hall of Famer is put on an island with no help a lot. Clearly, he’s not able able to live with that against the game’s very best so maybe it’s time for Bowles to deploy Revis how Belichick did for the majority of last season. If the Patriots felt like the opponents’ number-one receiver was extremely strong, they’d match Revis on the number-two guy and put another corner on the main man with safety help. That seems like how the Jets should go too. 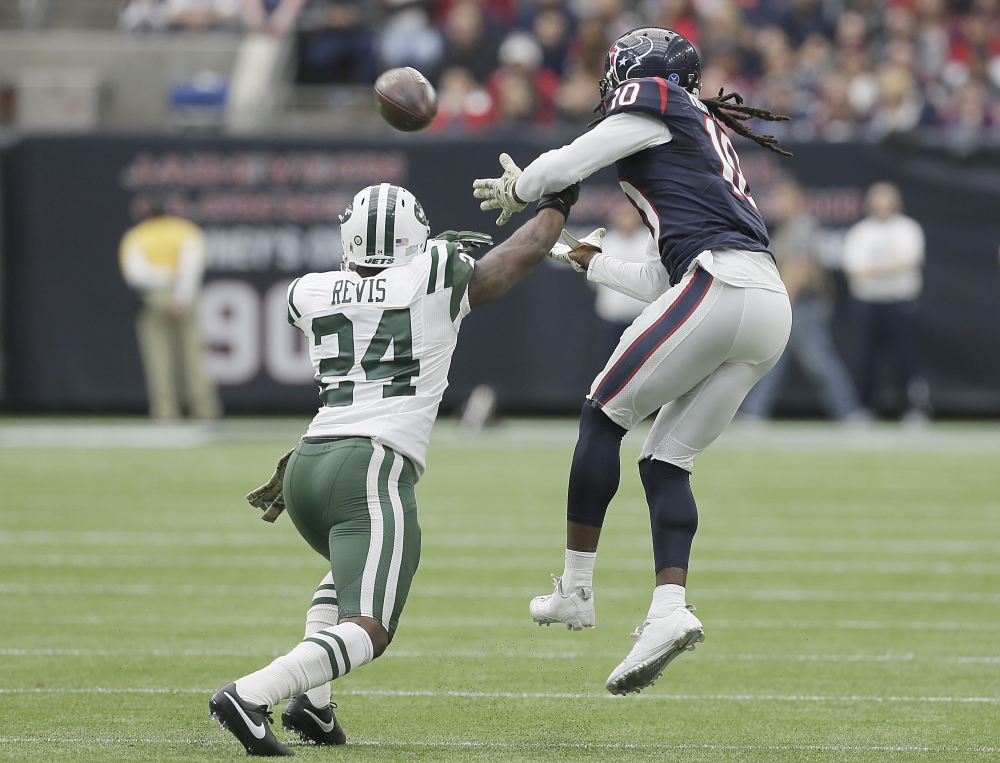 We sent, to me, perhaps the most important issue of Gridiron yet to the printers last week. The issue features Simon Clancy’s long-form piece on Concussions, taking readers back to the start of the crisis through to the modern-day. Without wanting to come off as a biased editor, it’s the best article you’ll read on the biggest issue facing the NFL, featuring exclusive interviews with all of the main protagonists. We’ve spoken to people ranging from Dr. Bennet Omalu – the discoverer of CTE who will be played by Will Smith in the forthcoming movie, Concussion – to Garrett Webster, son of former Pittsburgh star and sufferer Mike, to Dr. John York, the head of the NFL’s Health & Safety Committee.

It seems extra pertinent after a weekend in which we saw the most disgraceful example of a missed concussion in recent memory. Watching Case Keenum being allowed to stay in the game and not miss a single snap after struggling to his feet and stumbling around following a big hit towards the end of the St. Louis Rams’ loss to the Baltimore Ravens was the worst moment of Sunday. Keenum’s issues were so obvious that now-backup quarterback Nick Foles began throwing warm-up passes on the sidelines, yet the independent neurologist and new ‘Eye In The Sky’, who’s allowed to call a timeout, didn’t spot anything?! It was a terrible look for the league that raised questions about some of York’s comments during an extensive interview that will feature on a special edition of The Gridiron Show which is coming soon.

The New England Patriots head to Denver sitting pretty at 10-0, yet that doesn’t tell the growing story of their season. An already-depleted offense lost Aaron Dobson and Danny Amendola, two of their current top-three receivers, on Monday Night Football. That means a week of injury watch for Patriots fans because, regardless of how great Tom Brady is, it’s hard to see the defending champions overcoming further losses and earning a W against the league’s best defense on Sunday. It’ll be billed as Osweiler-Brady, but that looks like being a low-scoring nail-biter on Sunday evening given it features the top-two scoring Ds in the NFL (the Pats are giving up 18.2 points per game to Denver’s 18.3). 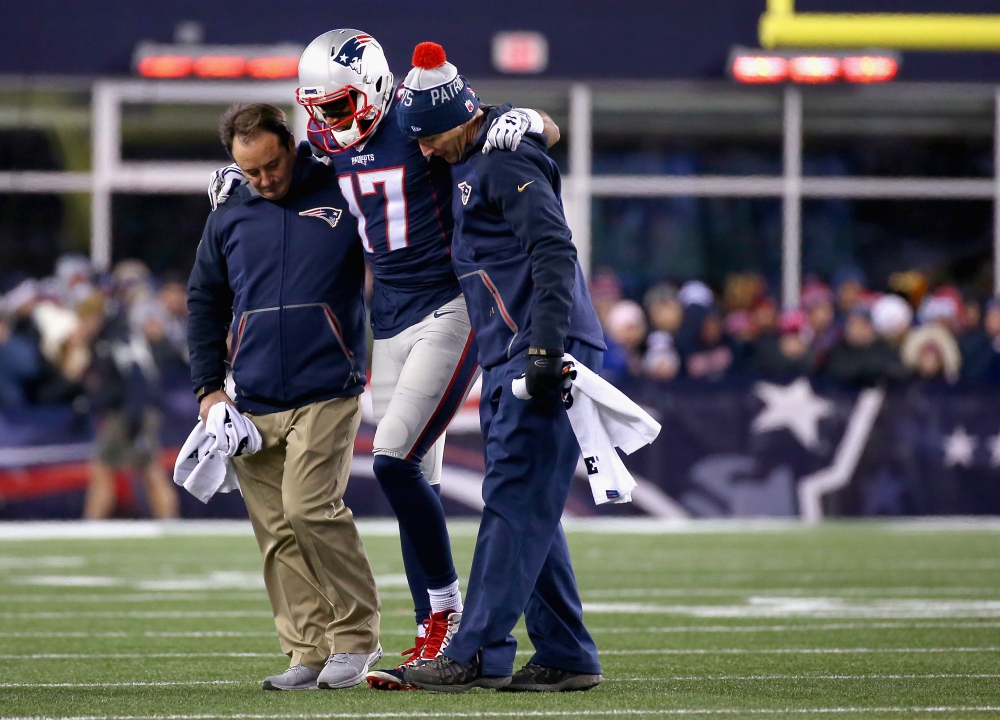 I suggested a couple of weeks back that the Kansas City Chiefs’ season wasn’t over, and that certainly seems the case now. At 5-5, they boast the easiest strength of schedule in the NFL from here on out, a stretch Andy Reid’s men enter having won their last four games by 20+ points. It’s always around this time when certain teams begin to get hot and – outside of the Pittsburgh Steelers, who I still think have a legitimate Super Bowl shot – the Chiefs might be the biggest threat to New England in the AFC.